Interesting exploration in an undisclosed location in the United States

Searching Google Maps you can sometimes find curious things, as happened to Brett and Bobby, two urban explorers from the United States.

Thanks to the Google Maps website, these two young men discovered an M-60 Patton tank graveyard in the middle of a forest, and went to see it. They did not want to reveal the location, and from what they say in the video, it seems that the place could be a military firing range:

To tell the truth, if it is a shooting range, there is one thing that does not add up to me, and that is that the tanks are not as destroyed as those that are abandoned in a place like this tend to be, being used as targets for artillery, anti-tank weapons or aviation.

The M-60s that are in this place have the three-color NATO camouflage (black, brown and olive green), although some have paint in such poor condition that this camouflage is no longer well distinguished. Introduced in 1960 in the US Army, this model was withdrawn in 1991 (being replaced by the M-1 Abrams), being relegated to units of the National Guard (which in turn withdrew it in 1997 ) and maintaining training functions until 2005. Today most of the M-60s are used by the US Army as targets for exercises. 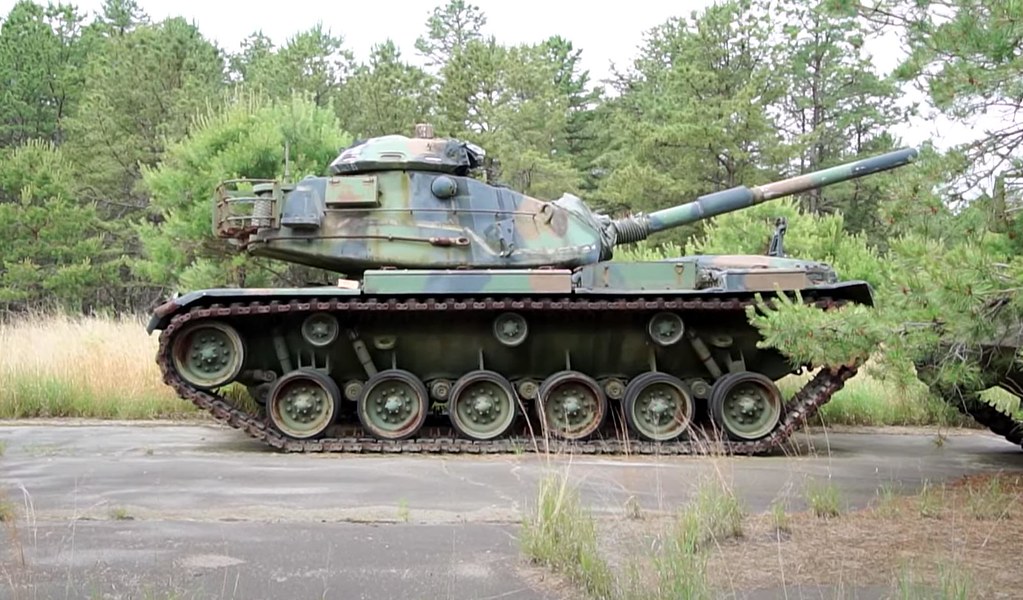 The engines of the tanks have been removed, which allows us to see empty the place they occupied. The M-60 carried a Continental AVDS-1790-2 V12 engine, which could be removed for maintenance or replacement. 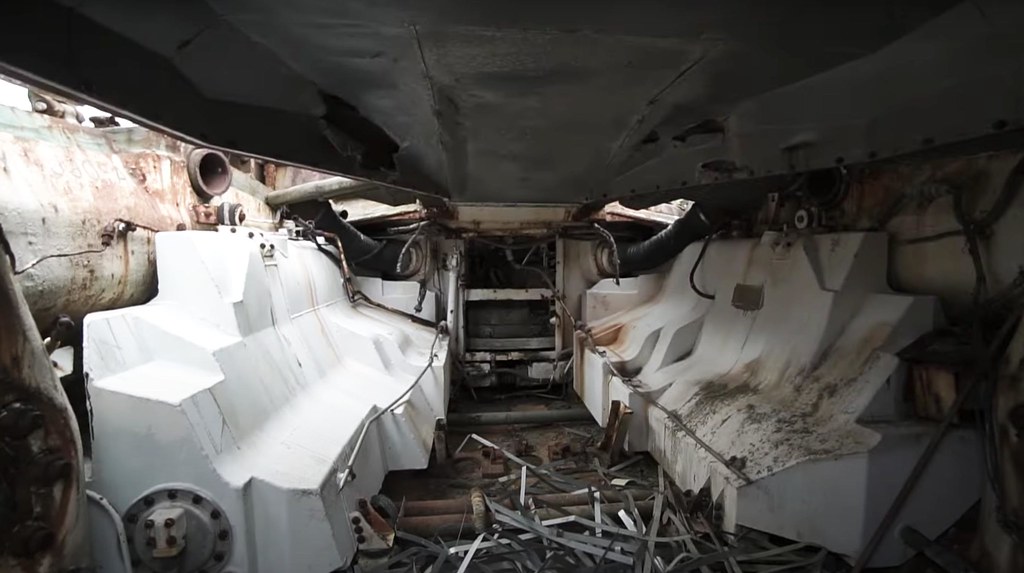 An interesting aspect of the video is that the explorers entered the turret of one of the M-60s. Here we see the 105mm ammunition magazine that was located at the rear of the turret. 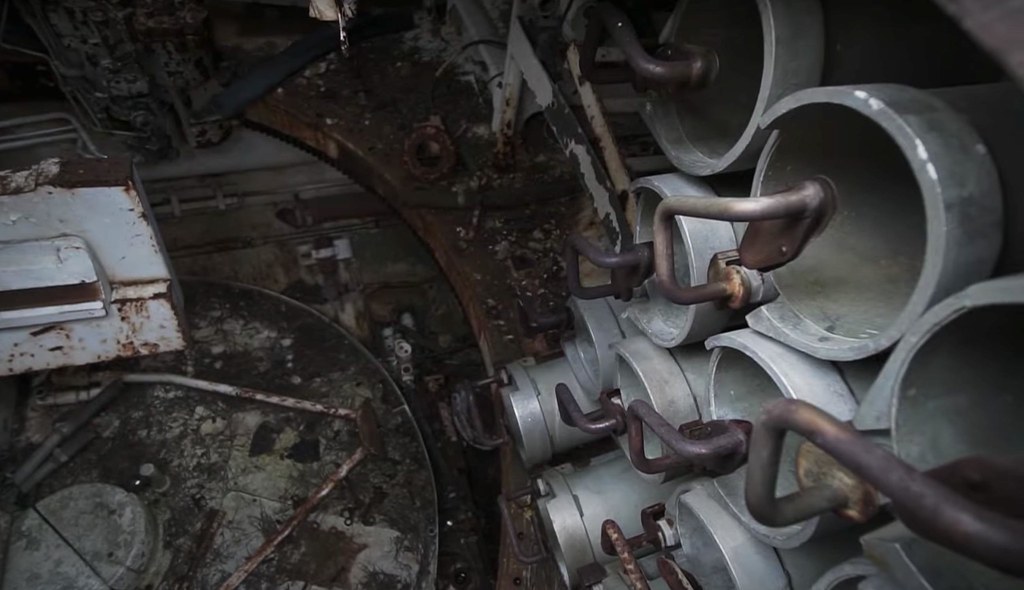 Another shot of the interior of the turret, showing the rear of the 105mm M-68 cannon and, on the right, the controls to move the turret and cannon. 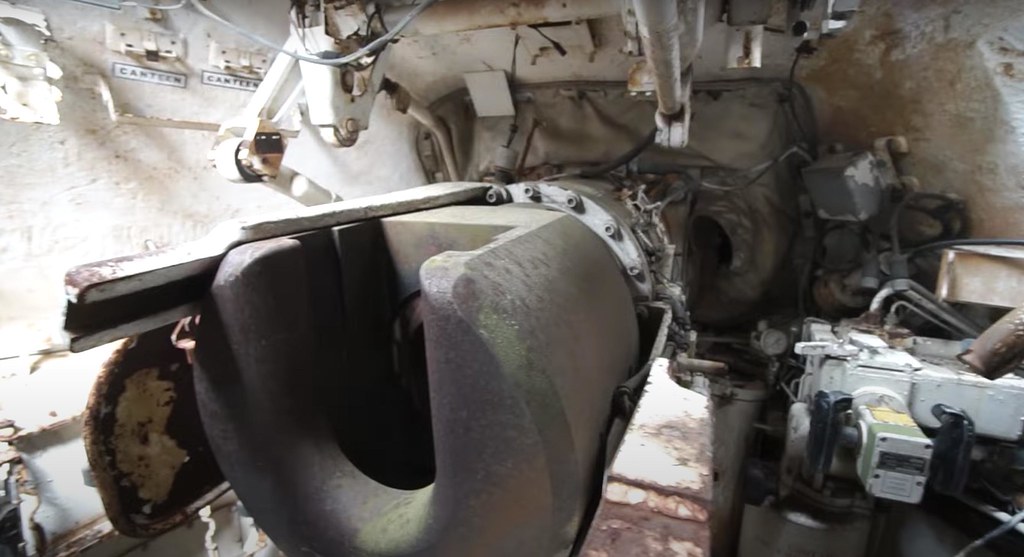 In addition to the M-60s, there are also some M-113 armored personnel carriers at the site, with their engines removed. The inscription on its front confirms that it is US Army material. 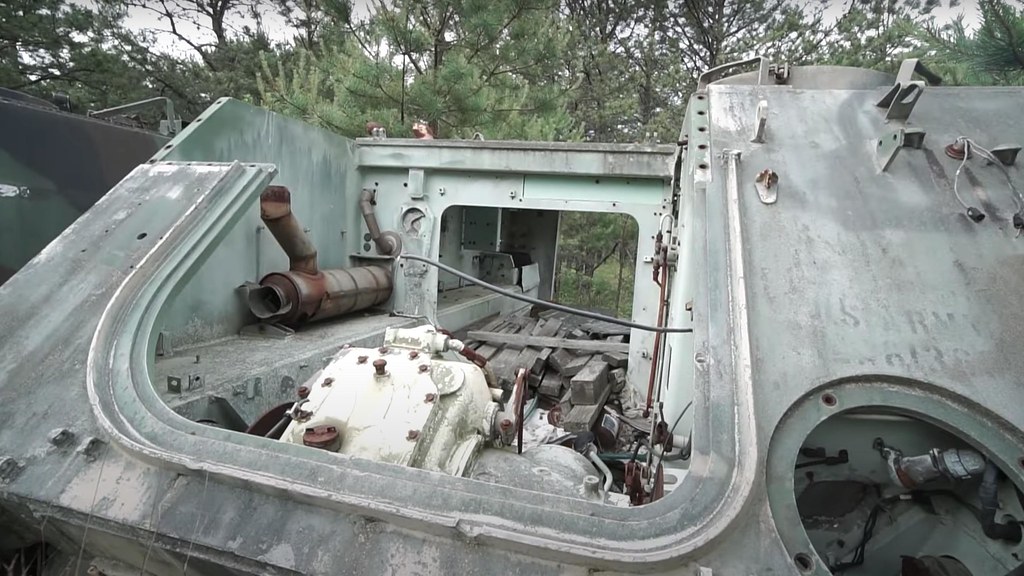