Russian forces in Ukraine were today surprised by a series of twelve strong explosions in the Crimea region, occupied by Russia since 2014.

Russia speaks of explosions in ammunition depots without indicating the cause

The explosions have fully affected the Saki air base, in Novofedorivka, located in the west of the aforementioned Crimean peninsula. Russia has attributed it to detonations in ammunition depots, but without identifying what happened as a Ukrainian attack. Russian residents and tourists who spend their summer vacations in the area have shared several videos showing huge explosions that would have extensively damaged that airbase:

A Ukrainian official claims it was an attack by his forces

The Ukrainian Defense Ministry has issued an ironic note saying that it cannot establish the cause of the fire and remembering that safety regulations prohibit smoking in certain places. However, and according to The New York Times, a Ukrainian official would have acknowledged that his forces are behind these explosions, pointing out that Saki was an air base from which planes regularly took off for strikes against Ukrainian forces in the southern theater of operations, statements made on condition of anonymity to discuss sensitive military matters. According to that newspaper, the same official did not reveal the type of weapon used in the attack, saying only that "a device exclusively of Ukrainian manufacture was used". 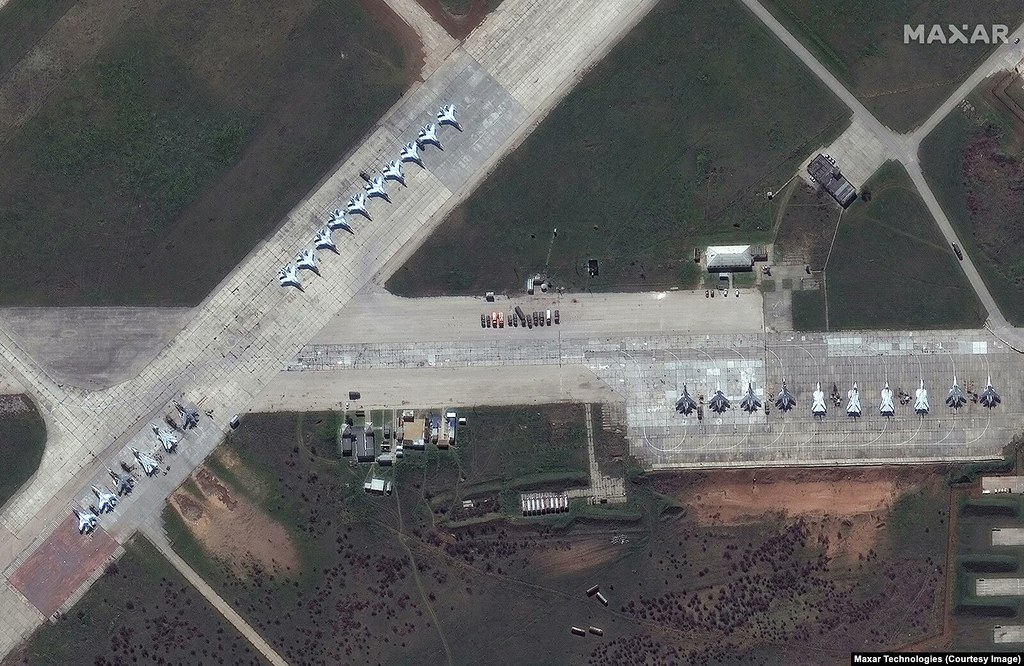 A satellite image of the Saki Air Base in Novofedorivka, taken in early February, a few weeks before the start of the Russian invasion of Ukraine (Photo: Maxar).

Whether it is confirmed that it was an attack or an accidental event, we are facing one of the hardest blows suffered by the Russian forces since the beginning of the invasion, and the worst by far for the Russian Air Force. A Ukrainian source noted this afternoon that 4 hours before the attack there were 37 jets and 6 helicopters at that base, and the videos show that the explosions covered a very wide area, so many of these aircraft could have been destroyed, something that could seriously affect the activity of Russian forces in the Kherson region of southern Ukraine. 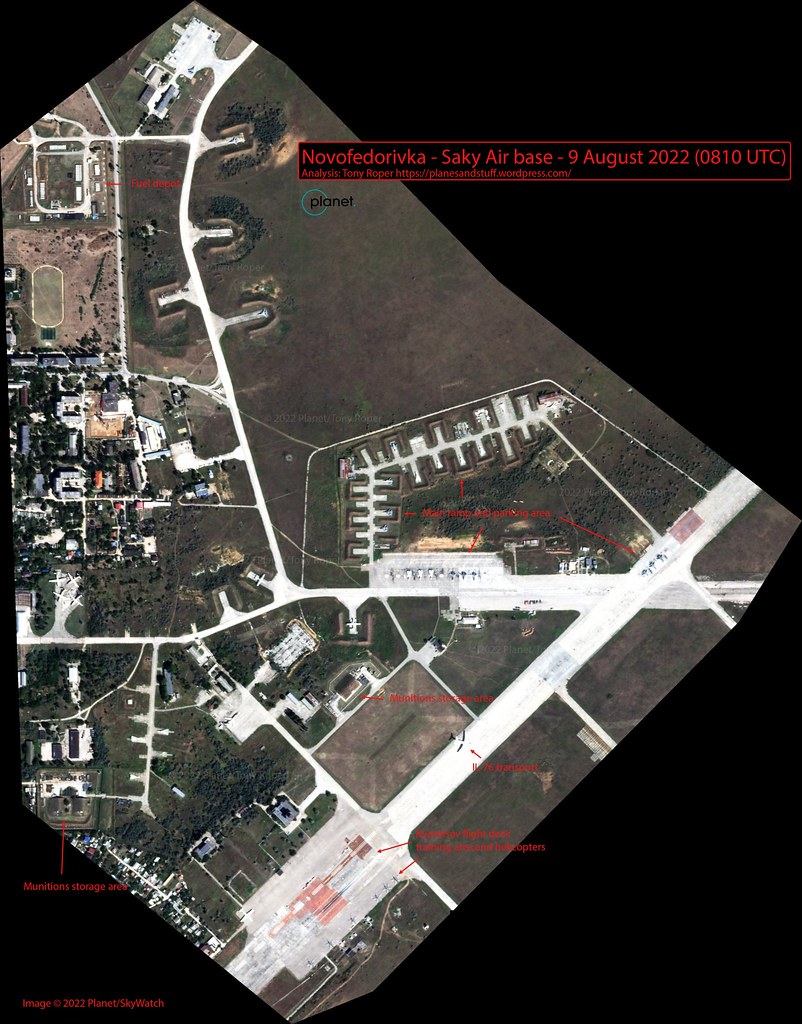 The riddle of the weapons used: Ukraine does not have missiles with that range

All kinds of speculation about this attack are circulating on social networks, since theoretically Ukraine does not have weapons capable of reaching that far (Saki air base is more than 200 kilometers from the nearest front line). The Scarab B missiles used by the Ukrainian Army in its OTR-21 Tochka missile launchers have a maximum range of 120 km.

Ukraine does have two missile systems capable of covering that distance, the Hrim-2 and the Sapsan, but at the time the Russian invasion began they were still under development. The HIMARS and M-270 MLRS missile launchers delivered by NATO countries to Ukraine do not have that range, unless they have MGM-140 ATACMS missiles, but officially this type of missile has not been supplied to Ukraine by any country. The theory of a possible attack with ATACMS is reinforced by the fact that the missiles used have managed to avoid Russian air defenses, and also with so many hits.

If the attack is confirmed and it was carried out with ATACMS missiles, Russian forces in Crimea would be seriously threatened, especially their naval base in Sevastopol, the main base of the Russian Navy's Black Sea Fleet, and the Gvardeyskoye air base, north of Simferopol. For now images of Russian residents and tourists forming long vehicle queues to flee from Crimea.