The adventure of two Spanish explorers inside an abandoned French frigate

The French National Navy is one of the most powerful naval forces in Europe. Like other navies, it has its own ship graveyard.

This ship graveyard is located in Landévennec, Brittany, in the last bend of the Aulne river, near its mouth next to the roadstead of Brest. In this beautiful spot, very similar to the Galician Estuaries, boats that have been withdrawn from service are anchored, waiting to be sold or scrapped.

One of these ships is the anti-submarine frigate "Primauguet" D644, of the Georges Leygues class, a vessel launched in 1984, entered service in 1986 and decommissioned in 2019. The "Primauguet" was the fifth ship of her class (the first entered service in 1979), and by the time she was launched, her design was already somewhat outdated, even when compared to the American Oliver Hazard Perry-class frigates which are from the same period.

A month ago, the Youtube channel Okos published a video in which two young Spanish urban explorers managed to sneak into the aforementioned frigate and into another of the ships anchored in Landévennec, but not before encountering the fury of the nesting seagulls and pigeons in the place and that, by the looks of it, they were in the mating season (a time when seagulls become very aggressive towards any stranger). The video is in Spanish but has English subtitles:

I was surprised by the high quality of the video, both in the drone shots and in the image processing itself (the original is in 4K). Congratulations to its authors for this. You can see below some screenshots as a preview of what you can see in the recording. We start with this beautiful shot of the frigate "Primauguet", seen from its port side.

The Combat Information Center (CIC) of the frigate, the tactical "brain" of the ship when it comes to managing its weapons and defending itself from possible attacks. 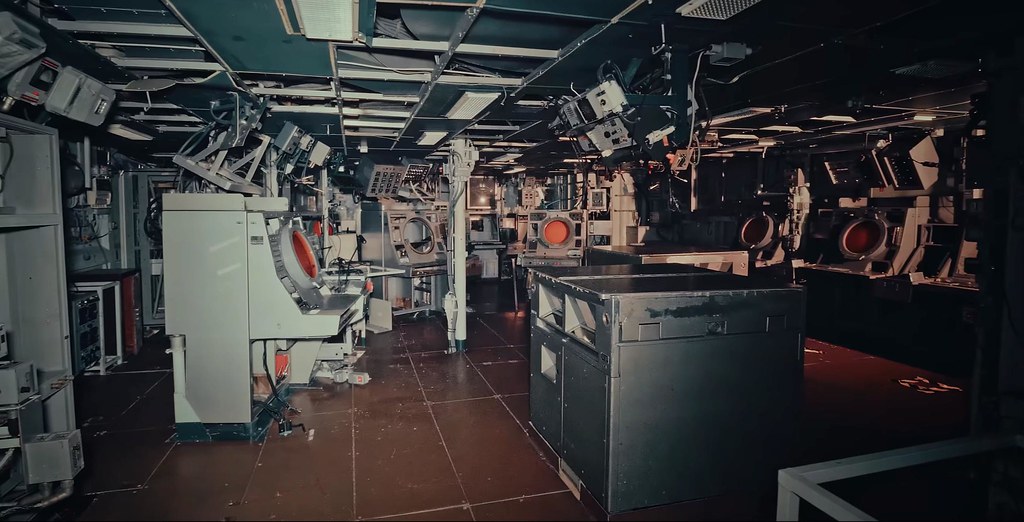 One of the MU90 Impact torpedo launchers. The video shows more shots of the torpedo room.