The history of the circular national insignias used by military aviation

One of the most popular elements of military aviation are the national insignia or badges used by airplanes and helicopters to identify themselves.

But for what reason do planes use this type of emblem, usually circular, to identify themselves, instead of using the flags of their respective countries? The answer must be found in the origins of these badges, which date back to the dawn of military aviation. The first aircraft used for military purposes generally used large flags of their respective countries to identify themselves. Then the planes did not carry radio devices and they had no other way of communicating their nationality to other planes. 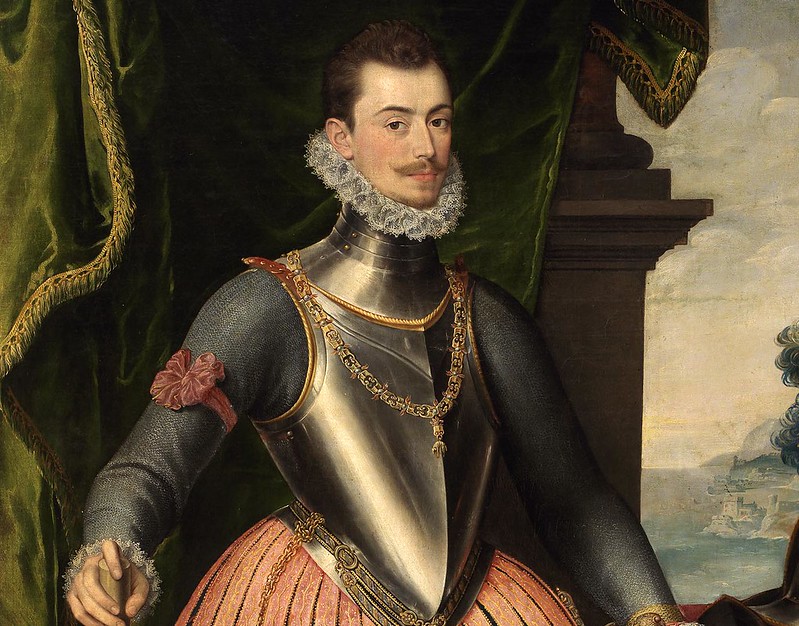 Portrait of Don Juan de Austria (1547-1578), Spanish Admiral of the Battle of Lepanto, painted by Juan Pantoja de la Cruz. On his right arm he wears the traditional Spanish rosette, which was red.

It must be said that the cockades were used by armies since the 15th century to identify their soldiers on the battlefields. The different colors indicated the nationality of the troop. Spanish soldiers used to wear the color red, the French white, the Dutch orange, the Italians blue and the British black. After the outbreak of the French Revolution in 1789, the revolutionaries adopted a tricolor cockade, with the outer red circle, the middle white and the central blue, the colors of the French republican flag. That was the origin of most of the multicolored rosettes that emerged in the following years. 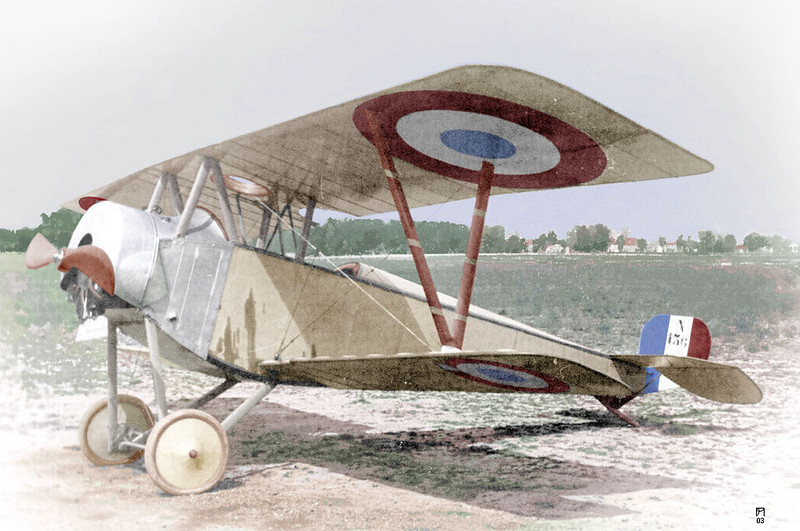 A colorized photo of a French Air Force Nieuport 10 fighter during World War I (Source: NiD.29).

The first aeronautical military roundel was that of France in 1912

Probably because of the tradition of using that emblem, France was precisely the first nation to adopt a cockade as an aeronautical insignia in 1912. However, until the beginning of the First World War in 1914 it was common for different countries to use their national flags on their planes. The French military cockade has undergone few changes since then (only slight nuances of color and thickness of the circles), being one of the most consolidated and well-known in the world. 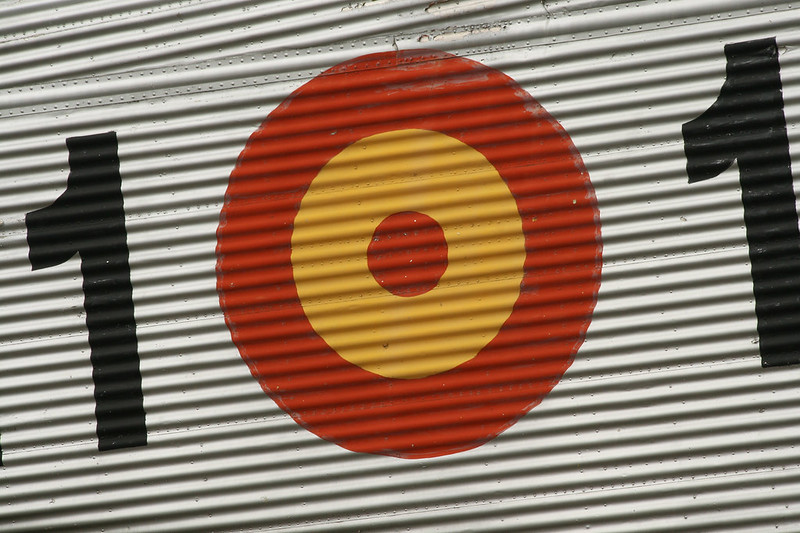 The history of the aeronautical cockade of Spain, created in 1913 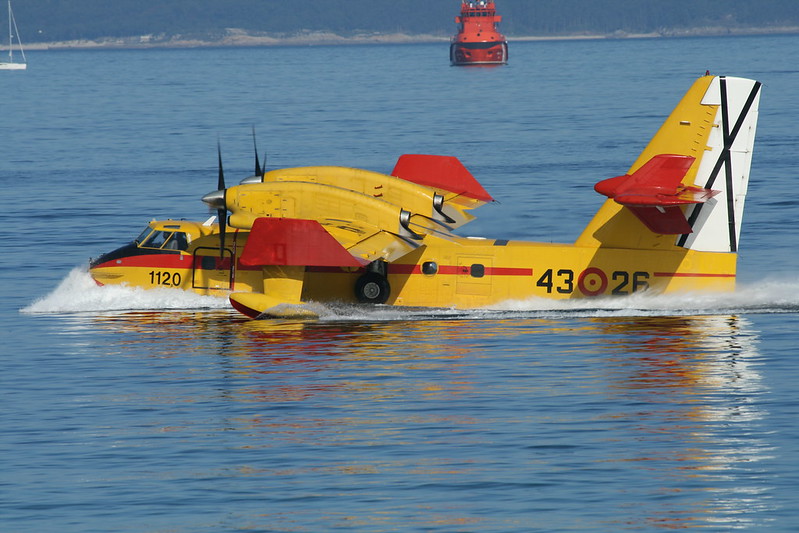 A Canadair CL-215T firefighting plane from the 43 Group of the Spanish Air Force, with the bicolor cockade and the traditional black cross on a white background (Photo: Contando Estrelas).

During the Second Republic (1931-1939), the Spanish rosette adopted the colors of the republican flag (red outside, yellow in the center and purple inside). At that time it was very common to paint the Republican flag on the drift of the planes. The Republican side kept the tricolor flag in its drifts during the Spanish Civil War, but the tricolor cockade was abandoned to avoid confusion with the national side, painting red stripes on the fuselage and wings. In turn, the national bank adopted black circles instead of the cockades, painting black crosses on a white background on the rudder of the drift, evoking the Cross of Burgundy of the Spanish Empire. After the war, the Franco regime recovered the red, yellow and red cockade, but kept the black cross on a white background in the drifts, which has become a distinctive symbol of Spanish military aircraft (with the exception of the Navy , who does not use it).

The history of the British cockade, which appeared in 1914

At the start of World War I, the British Royal Flying Corps began using the Union Jack (as the British flag is known). Given the difficulties of identification that this caused at a certain flight altitude, in October 1914 Major General David Henderson proposed adopting a cockade like the French one, but inverting the colors: blue in the outer circle and the red in the inner circle. The new cockade was introduced on all British military aircraft on November 12, 1914. 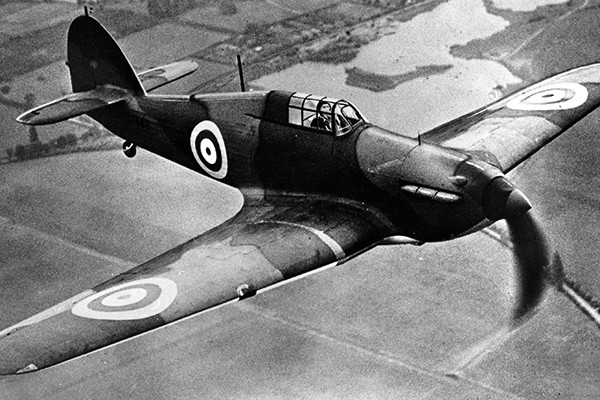 The British cockade underwent some curious changes in the interwar period. Already in 1918 a cockade without the white stripe had been adopted for night bombers, in order to make detection difficult. This insignia continued to be used in World War II, and is currently used by most British military aircraft. However, the tricolor cockade continued to be used on the fuselages, adding a yellow outer circle in 1938 and until 1942 to facilitate identification. In 1942 the RAF introduced a tricolor cockade with a very fine white stripe, which continued to be used until 1947. Today, the RAF maintains three types of cockades: the original tricolor, the 1938 bicolor and a low visibility version of the bicolor, introduced in 1990. 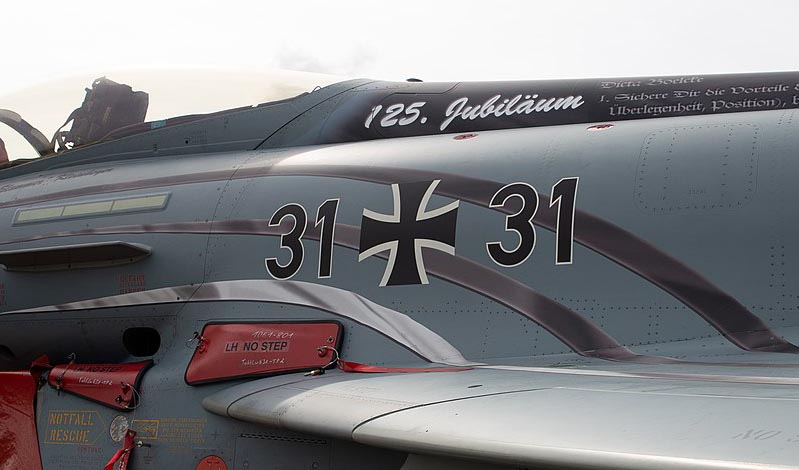 The German Iron Cross, an aeronautical insignia of medieval origin

As a cockade with the colors of the German imperial flag (made up of three stripes: black, white and red) would have caused possible confusion with French and British aircraft, the Luftstreitkräfte (German Air Force) adopted in 1915 a traditional symbol of the country: the Iron Cross, a black pâté cross that had been adopted by the Teutonic Order, a German military order, in the Middle Ages in imitation of the red pâté cross used by the Knights Templar. In March 1918,in the last months of the First World War, this cross was replaced by a Greek cross (with four straight arms of equal length). The Luftwaffe, formed in 1933, took up that Greek cross, adding black and white outlines, giving rise to the famous Balkenkreuz used by German planes in World War II. In 1956 the reborn West German Luftwaffe revived the Iron Cross, adding a white outline to the arms. It is still his current badge. 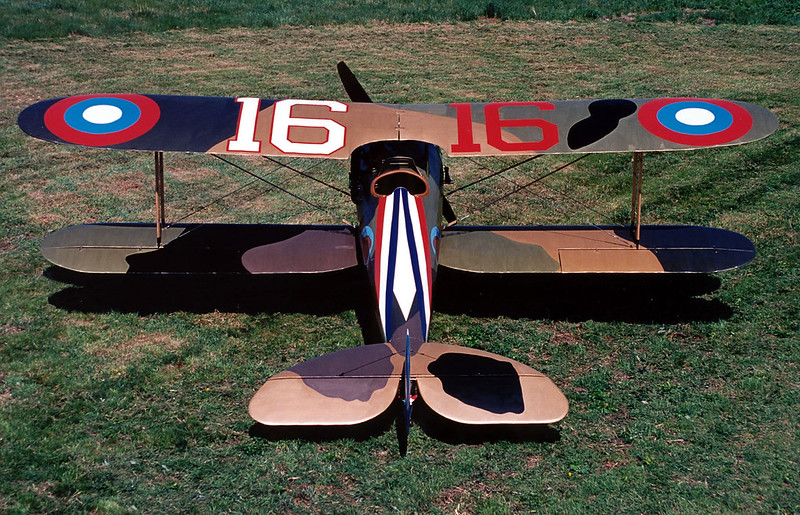 A Nieuport 10 fighter of the United States Army with the cockade initially used by this country during the First World War (Photo: USAF Museum).

The history of the United States aeronautical insignia

Interestingly, the first aeronautical insignia used by US military aircraft since March 1916 was a red star (later used by the USSR). It was painted on top of the drift. In May 1917 it was replaced by a blue circle with a large white star and a red circle in the center of the star. This emblem was changed in the military aircraft used by the US in the First World War, since it gave rise to confusion. Instead, a cockade like the French one was painted, but reversing the order of the inner circles. This insignia was abandoned in August 1919, restoring the previously used one. 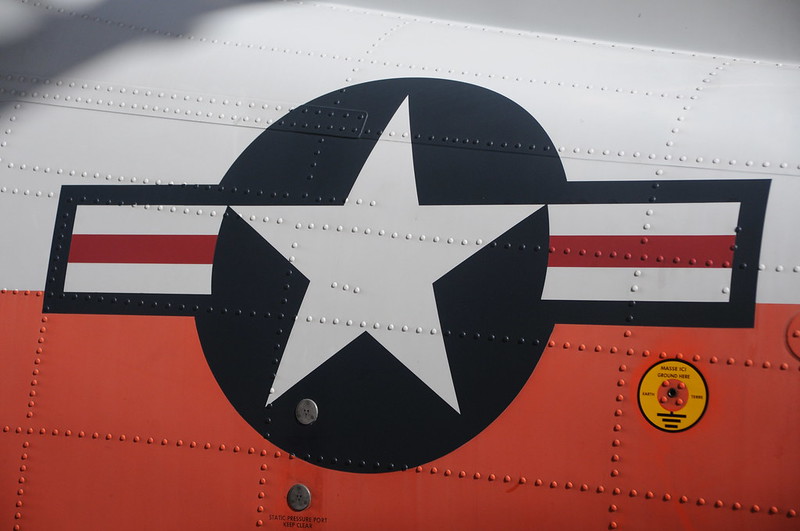 As a curiosity, in February 1941 the US military aircraft began to paint that national insignia on a single wing (the upper part of the left wing and the lower part of the right wing) for a reason Tactical: In the event of air combat, the enemy had an easier time targeting American planes if they had insignia on both wings. On the other hand, the US aeronautical insignia continued to cause problems in World War II, since the red circle painted in the center of the star led to possible confusion with Japanese aircraft, which had painted the Hinomaru, the red solar circle that appears on the Japanese flag. In May 1942 the red circle of the star was removed.

To improve the visibility of the insignia, a yellow outer circle was added around it similar to the one used by RAF aircraft at the time, but finally, in June 1943 two white rectangles were added on each side of the insignia. , which initially had a red outline. On US Navy planes, as they were blue, only the white star and the side rectangles were painted. In January 1947, US military aircraft incorporated a red horizontal stripe in the center of those white rectangles, giving rise to the famous emblem we know today. 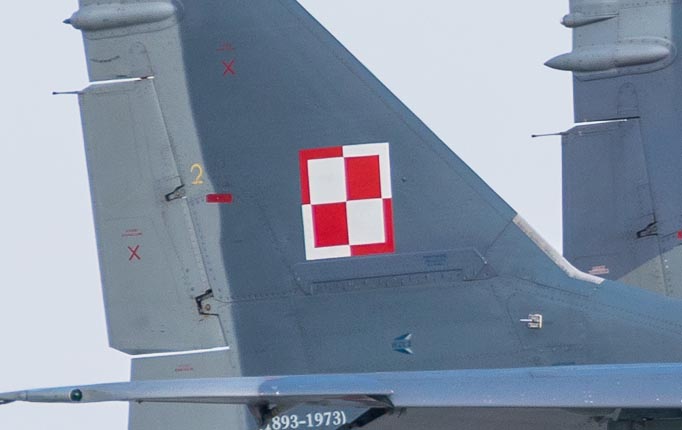 A Polish aeronautical ensign on the drift of a MiG-29 fighter (Photo: Julian Herzog).

The atypical emblem of the Polish Air Force

Among the various military aviation insignia, one of the most atypical is that of Poland. The first Polish aeronautical emblem was adopted on December 1, 1918, a few weeks after Poland regained its independence. The emblem is known as "Szachownica Lotnicza" (aviation chessboard), and was originally a square divided into four parts: the upper left and lower right were red and the other two were white. This emblem was used during the Polish-Soviet War (1919-1921).

In 1921 an outer stripe was added to the checkered pattern, a stripe that was divided into four parts and whose colors alternated with those of the inner square. This emblem was used during the Second World War (1939-1945), also appearing in small size on the planes of the French, United Kingdom and USSR air forces that were flown by Polish pilots, and continued to be used during the communist dictatorship (1945-1989), but with the re-establishment of democracy in Poland, the insignia was changed in 1993 to a more heraldically correct one, changing the order colors.