F-35A and F-16C: the air response of South Korea and the US to threats from North Korea

The communist dictatorship of Kim Jong-un has been carrying out a series of serious provocations against South Korea and Japan, with the launch of missiles.

The latest of these provocations took place this Friday with the launch of a missile North Korean intercontinental ballistic missile (ICBM) that fell into the sea 210 km west of the Japanese island of Hokkaido. In the past two months, North Korea has already launched more than 50 missiles, most of them short-range. The missile launched today could reach the continental United States.

South Korea and the US today responded to these threats by deploying F-35A and F-16C fighter jets. The Republic of Korea Air Force (ROKAF) and the United States Air Force (USAF) have sent four F-35A and four F-16C fighters, respectively, which have made a joint formation flight in the form of wedge, a clear message of US support for South Korean democracy in the face of threats from the communist dictatorship of Kim Jong-un.

The ROKAF today released a video of this deployment, in which we can also see the launch of GBU-12 Paveway II laser-guided bombs by South Korean F-35As against moving targets in the field Pilseung Shooting Range: 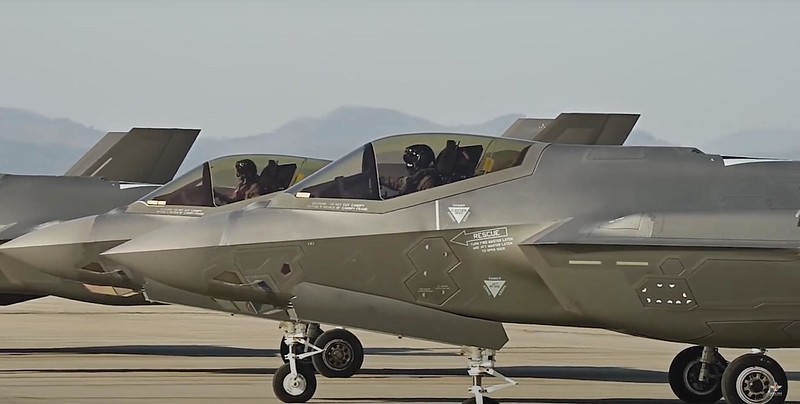 An image of the formation of four South Korean F-35As and four US F-16Cs. The F-16Cs are from the USAF 80th Fighter Squadron, based out of Kunsan, South Korea. The USAF Seventh Air Force, deployed in that country, has two wings with combat aircraft: the 8th, in Kunsan, with two squadrons of F-16C/D, and the 51st, in Osan, with a squadron of F- 16C/D and a squadron of A-10 Thunderbolt II attack aircraft. 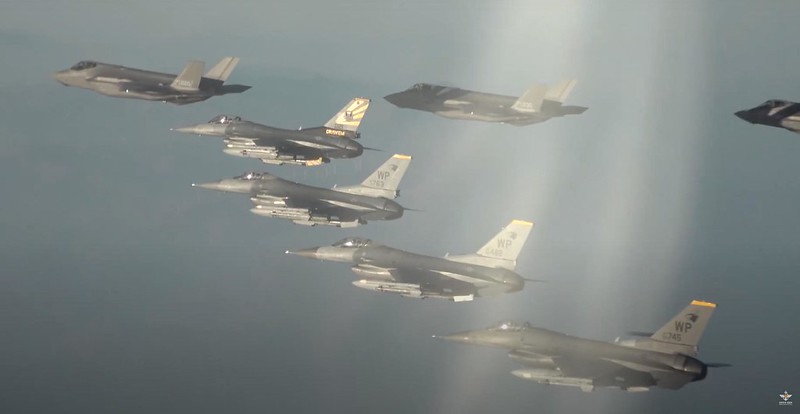 An image of the combined formation of F-35As and F-16Cs, viewed from below (the footage was taken from another South Korean fighter jet, presumably). In the images, it can be seen that the F-16Cs carried air-to-air weapons: AIM-9 Sidewinder short-range missiles and AIM-120 AMRAAM medium-range missiles, as well as external fuel tanks under the wings. The F-35As carried all their weapons in the internal holds so as not to diminish their stealth capabilities. 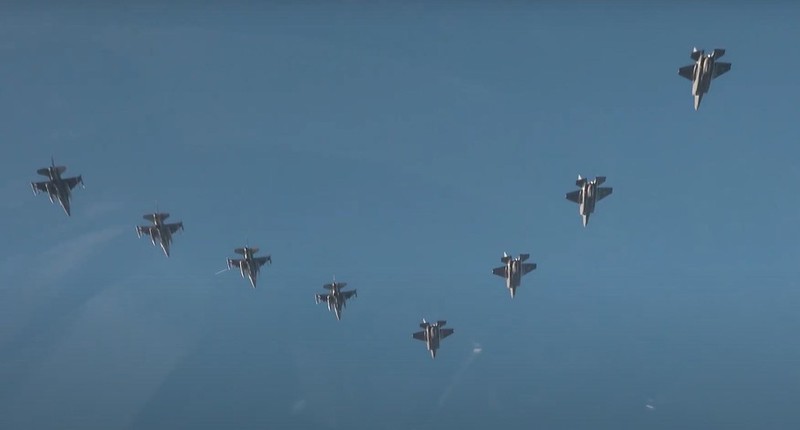 The launch of a GBU-12 Paveway II laser-guided bomb from a South Korean F-35A. This type of bomb has a weight of 230 kg and is one of the most widely used guided bombs by the air forces westerners. It has been used in combat with 88% accuracy. 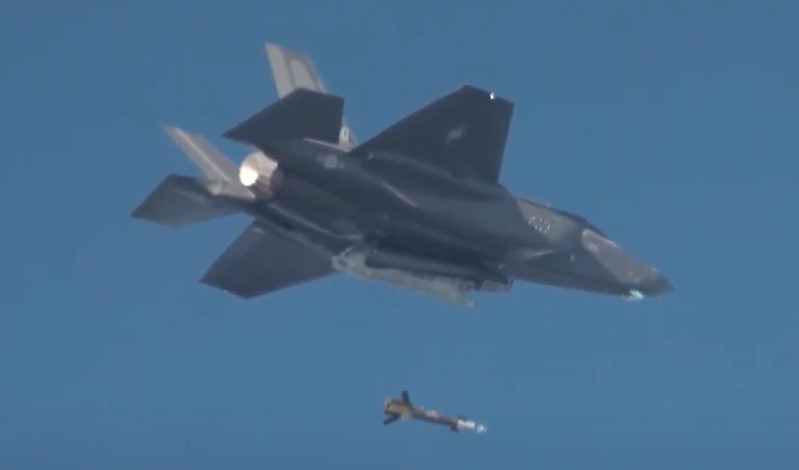 The second of the GBU-12 launches seen in the video. After being launched, these bombs deploy four fins that serve to guide their descent to the target. Guidance is carried out by a sensor located at the front of the pump. To reach its target, the bomb follows the trail of a laser beam that can be projected from the attacking aircraft itself or from a ground unit. South Korea has noted that this demonstration serves to demonstrate "the alliance's overwhelming ability and posture to strike the enemy with precision." 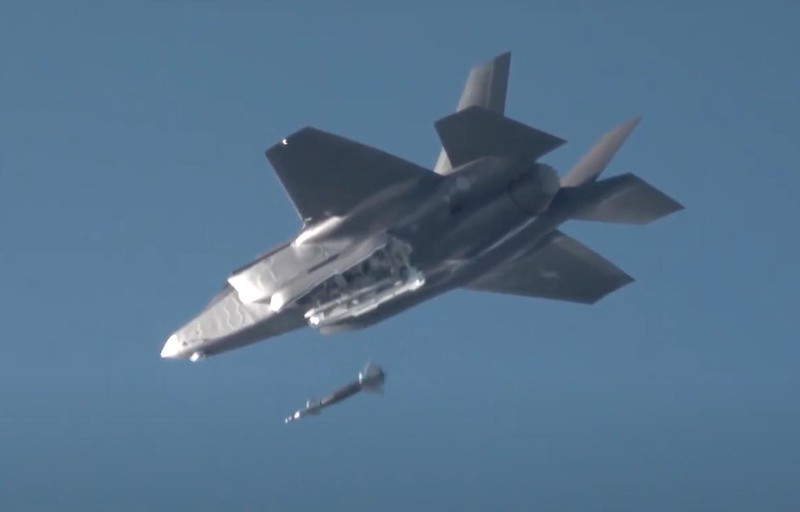