A coast artillery position built in 1941 to protect Narvik

Skrolsvik: a former German World War II battery in Norway that still has its artillery

During World War II, Nazi Germany managed to conquer a series of countries that totaled almost 2,700 kilometers of Atlantic coasts.

To defend this long coastline from possible attacks by the Allies, the Third Reich built thousands of fortifications from the south of France, next to the border with Spain, to the north of Norway. More than 600 different types of bunkers were designed to equip these fortifications. This very long defensive line received the name "Atlantikwall" (Atlantic Wall). The Norwegian coast was the longest and most difficult to defend, due to its intricate fjords, and on it was a vital place for the German war machine: Narvik, a Norwegian port that overlooked access to the iron mines of Sweden, a neutral country but which supplied large quantities of that metal to Germany during World War II.

To gain control of Narvik, between April and June 1940 allied forces consisting of Norwegians, British, French and Poles engaged the Germans in three bloody battles on land and at sea, ultimately culminating in a German victory. After those combats, the Germans began the construction of artillery batteries to protect that area. One of the batteries was installed at Skrolsvik, on the northern approach to Narvik. The battery, managed by the German Navy, had four 150 mm naval guns with a range of 22 km, as well as anti-aircraft defenses and searchlights.

At the end of the Second World War, the Skrolsvik battery passed into the hands of the Norwegian Army, which used it -like other old batteries from the Second World War- to protect the coasts of that Nordic country during the Cold War. The battery was abandoned in 1989, coinciding with the fall of communism in Eastern Europe. Recently, the German channel Simply Adventure published an interesting video exploring what is left of this battery (the video is in German but has English subtitles, you can activate them in the bottom bar of the player):

You can see below some captures of the video. Here we see a Swedish Bofors 40mm anti-aircraft gun still kept in this battery: 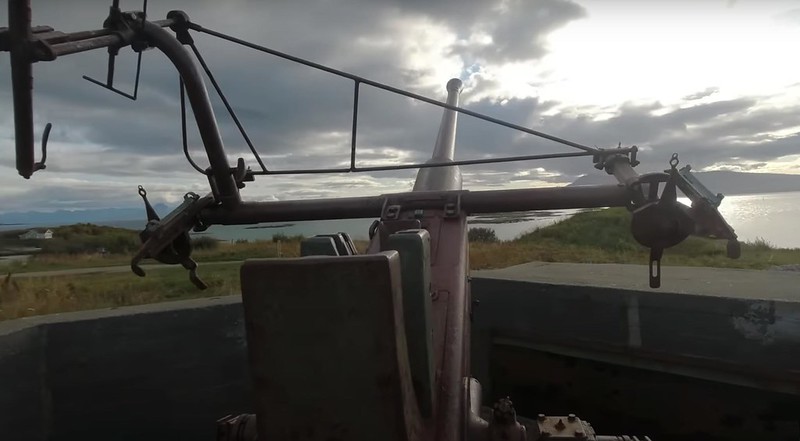 One of the four 150mm naval guns that were located in this battery, still in its bunker. 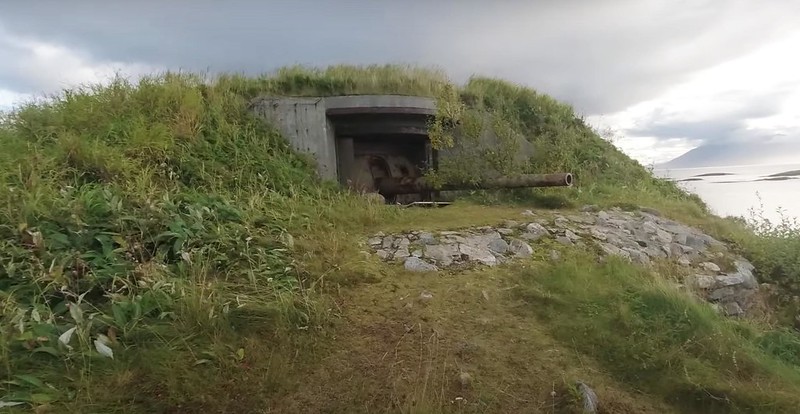 One of the jewels of this battery is this projector, still kept in its shelter bunker. It was used to illuminate targets for artillery fire. 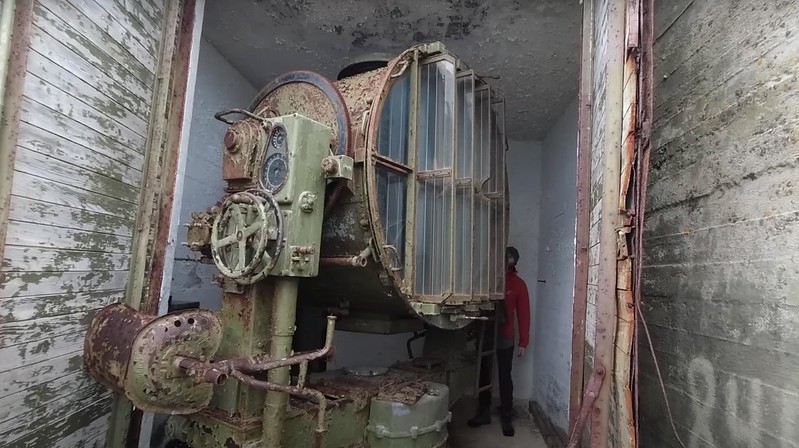 An underground gallery that served as a powder magazine to store the ammunition used by the battery. 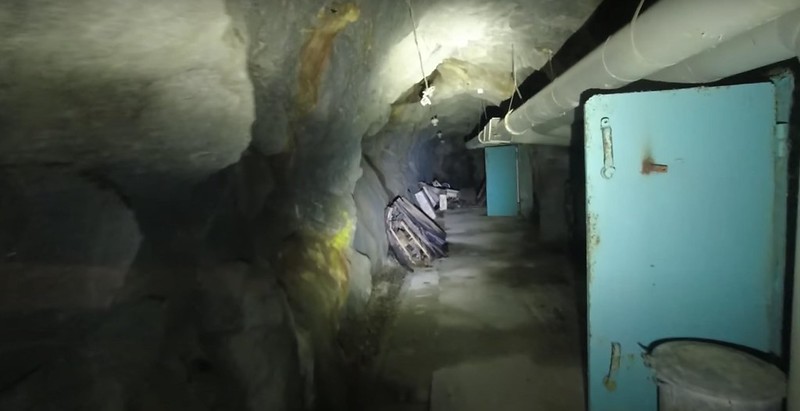 As a curiosity, in the vicinity of the battery there is a landing craft stranded, with the number VLG-595. It's way after World War II. It was built in 1992. 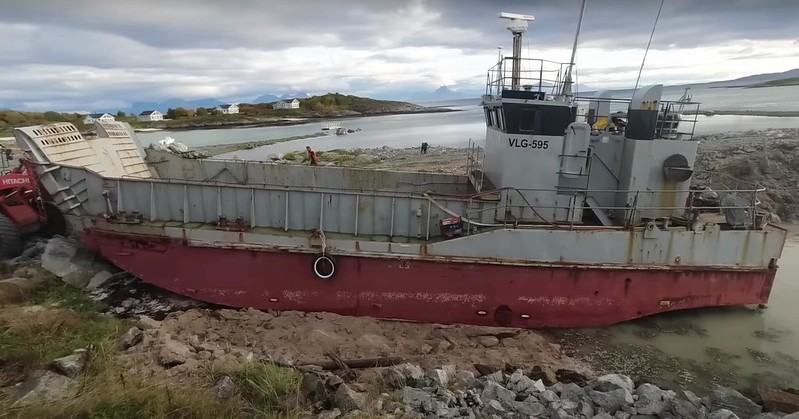