More than 1,000 people, the vast majority Ukrainians, lived there until 2007

Pyramiden: a Soviet ghost town on a Norwegian island in the Arctic Ocean

An island in Norway, a NATO member country, is not where one would expect to find a Soviet settlement, unless you are in Svalbard.

This archipelago, located in the Arctic Ocean and north of the Arctic Circle, does not reach 3,000 inhabitants. Its low population has two reasons: its extreme temperatures in winter and the fact of living without seeing sunlight from the end of October to mid-February. But even in places as extreme as this there is usually a reason for human settlement. In the case of Svalbard, one of those reasons is its coal mining operations, both Norwegian and foreign.

In 1910, after Norway gained independence from Sweden, the Swedes established a mining operation on Spitsbergen, the largest and most populated of the islands in this archipelago. The mine was located in front of the Billefjorden fjord. In 1927, the Swedes sold the mine to the Soviet Union, which built the current town of Pyramiden (Pyramid, in Norwegian), giving it the name of the nearest mountain. This town once had more than 1,000 inhabitants, the vast majority of whom were Ukrainians, but it was left uninhabited in 2007, when the Russian state company Arktikugol ceased coal extraction.

Currently, Arktikugol continues to own the place, but has oriented it towards tourism, an activity that was boosted in 2013 with the reopening of the small hotel in Pyramiden. Today it is an almost ghost town, since only the people in charge of its surveillance, the hotel and a large Soviet film archive reside there. The buildings are in relatively good condition despite years of neglect. It is as if this place was frozen before the fall of the USSR. A month ago, the Ukrainian Anton Ptushkin posted an interesting video showing this town:

You can see some screenshots of the video below. Below these lines, the bust of the communist dictator Lenin who still figures prominently in Pyramiden. 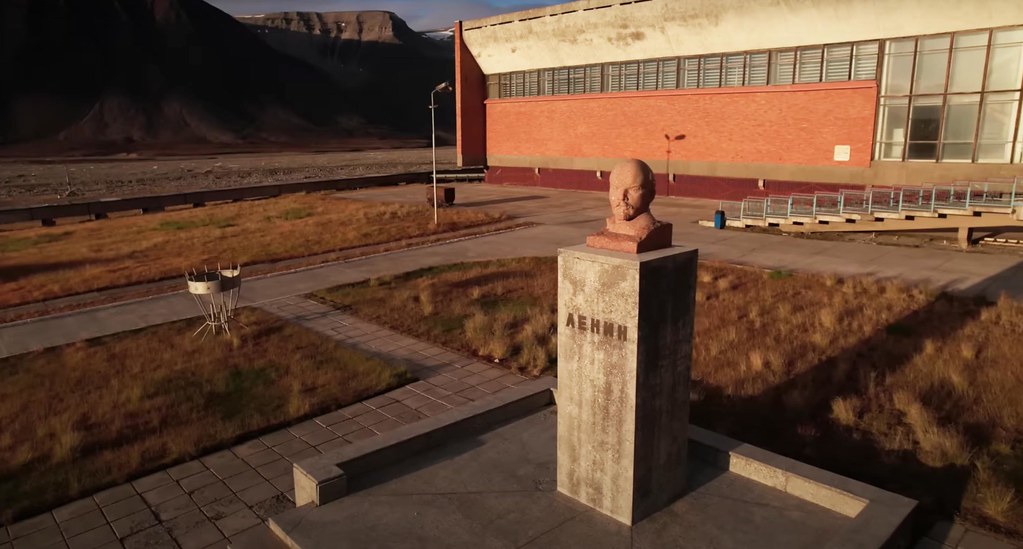 The remains of the old Swedish mine from 1910. The Soviets dug a new mine, closer to the top of Mount Pyramiden. 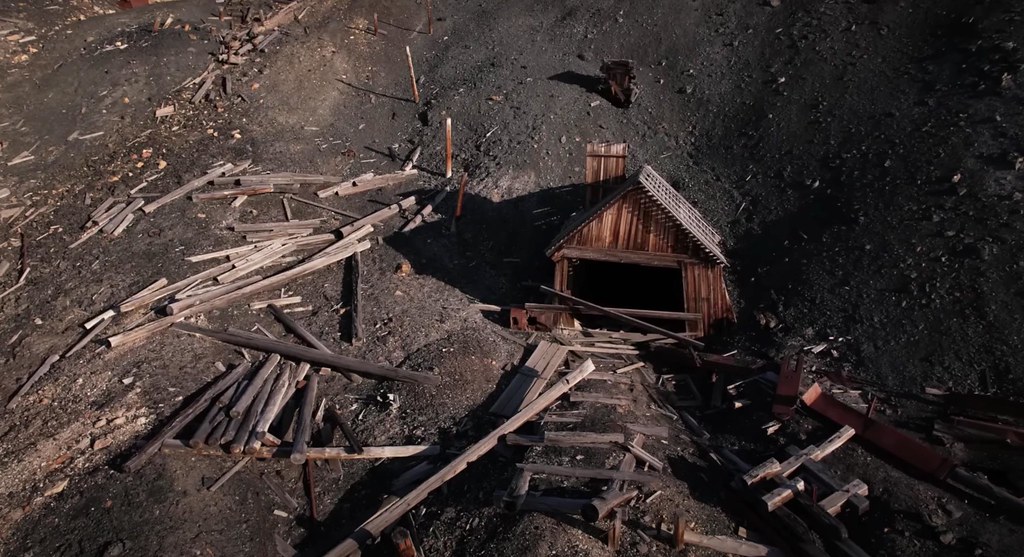 One of the old residential buildings in Pyramiden. Seagulls have taken over the windows. 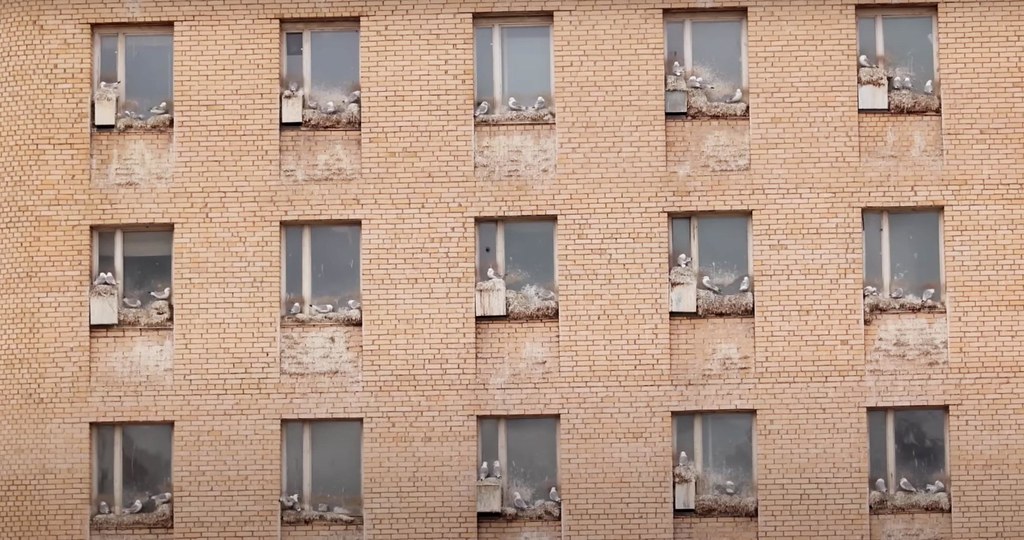 The current inhabitants of Pyramiden include this cute arctic fox. There are also reindeer and polar bears on the islands. 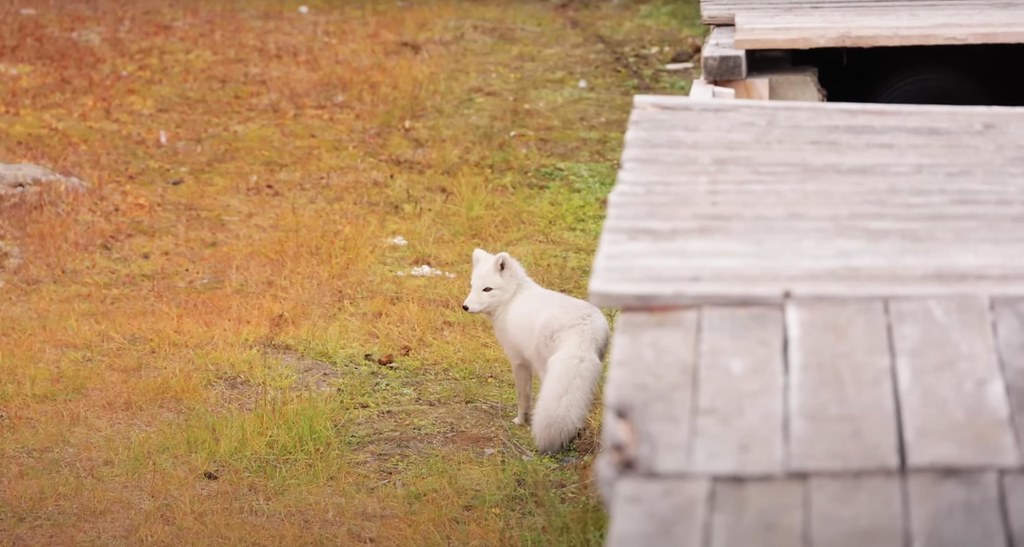 The old Soviet mine facilities, abandoned since 2007. 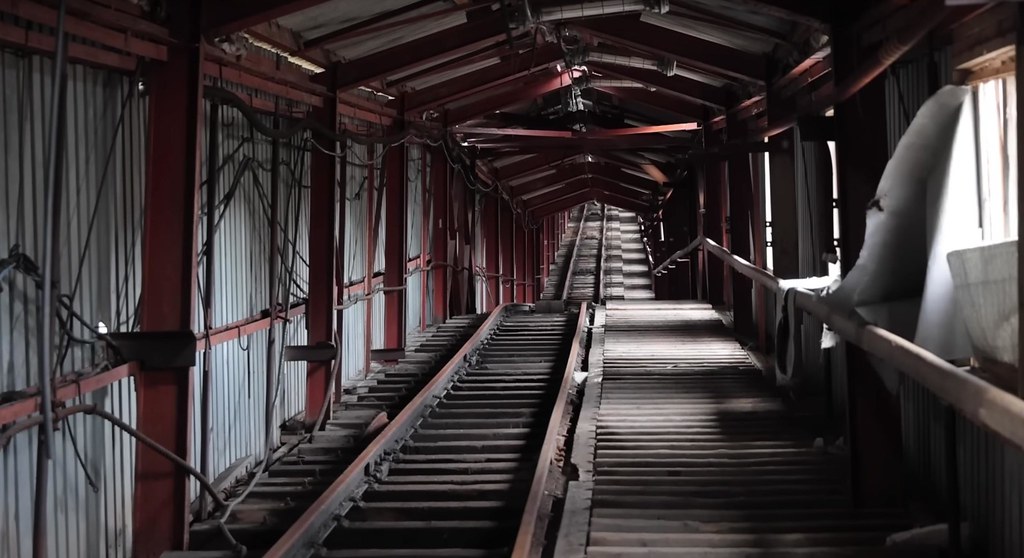 The old Soviet school is preserved as new, with the chairs on the tables and the communist slogans still on the wall. 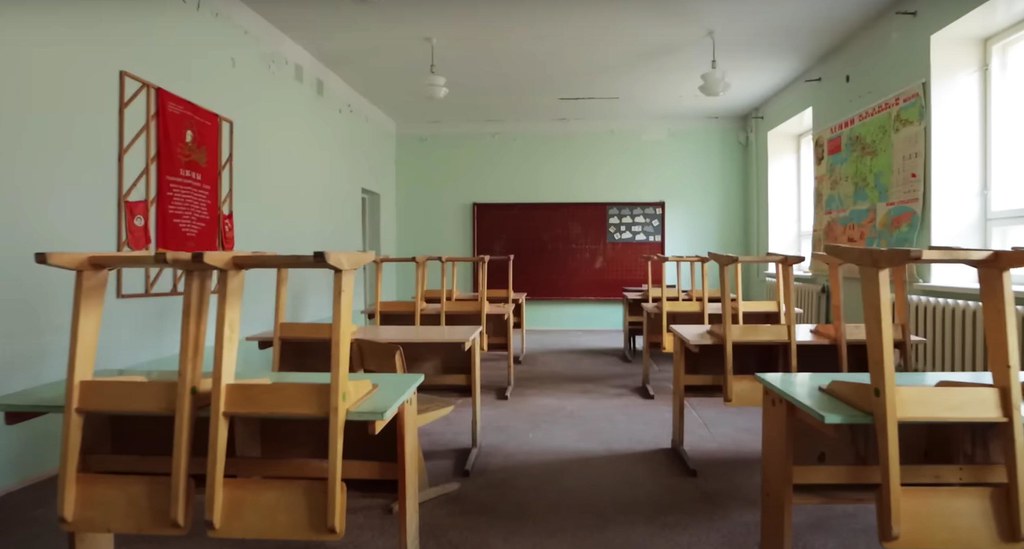 The Pyramiden Film Archive, which contains more than 600 films. 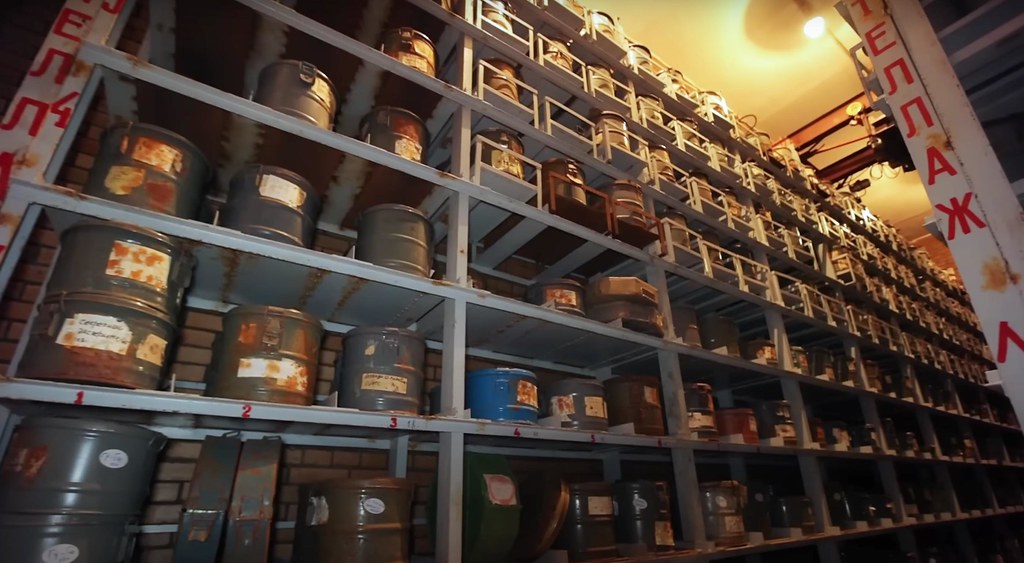 The old gym is also kept in very good condition. Its wooden floor looks as if it were new. 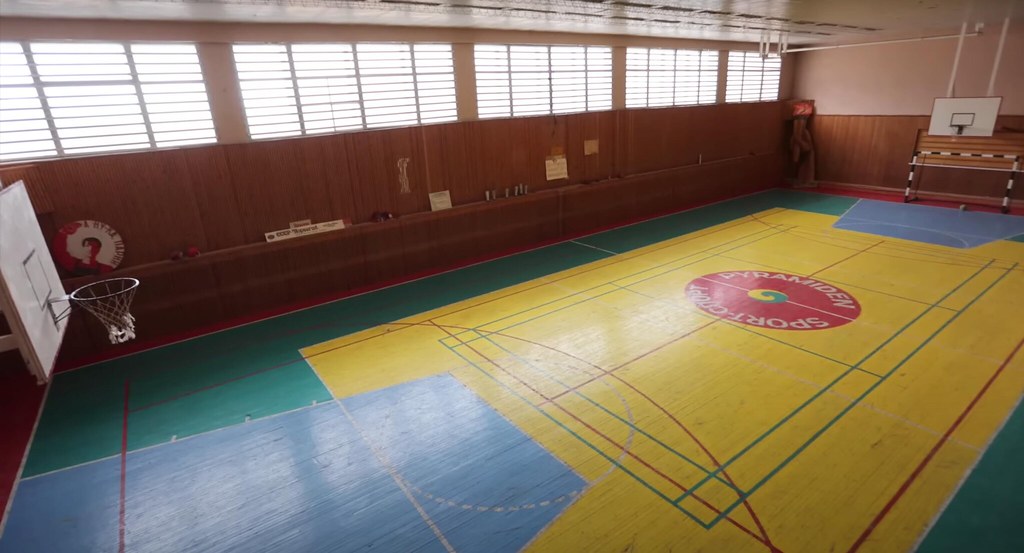