The Catalan Police allowed the separatists to interrupt the demonstration

“This is a Dictatorship”: Hablamos Español Proves the Hatred of Separatism to Liberty

This afternoon, the association Hablamos Español (We Speak Spanish) and 22 Catalan associations have demonstrated in Barcelona against something that is deeply abnormal in a democracy.

A demonstration to ask for freedom in Catalan schools

The motto of the march was assumable by any democrat: “Against the linguistic imposition and indoctrination: Freedom.” The conveners wanted to denounce the purely abnormal situation that occurs in Catalonia, the only territory in Europe in which the majority language of the population – which is Spanish – is forbidden in schools, something even more aberrant if we take into account that it is a language that is official throughout Spain. To this we must add the nationalist indoctrination in Catalan schools, which is possible not only by the determination of separatism to impose their ideas through education, something typical of a dictatorship, but also by the attitude of the great parties that have governed these recent decades in Spain, which have allowed this democratic abnormality. 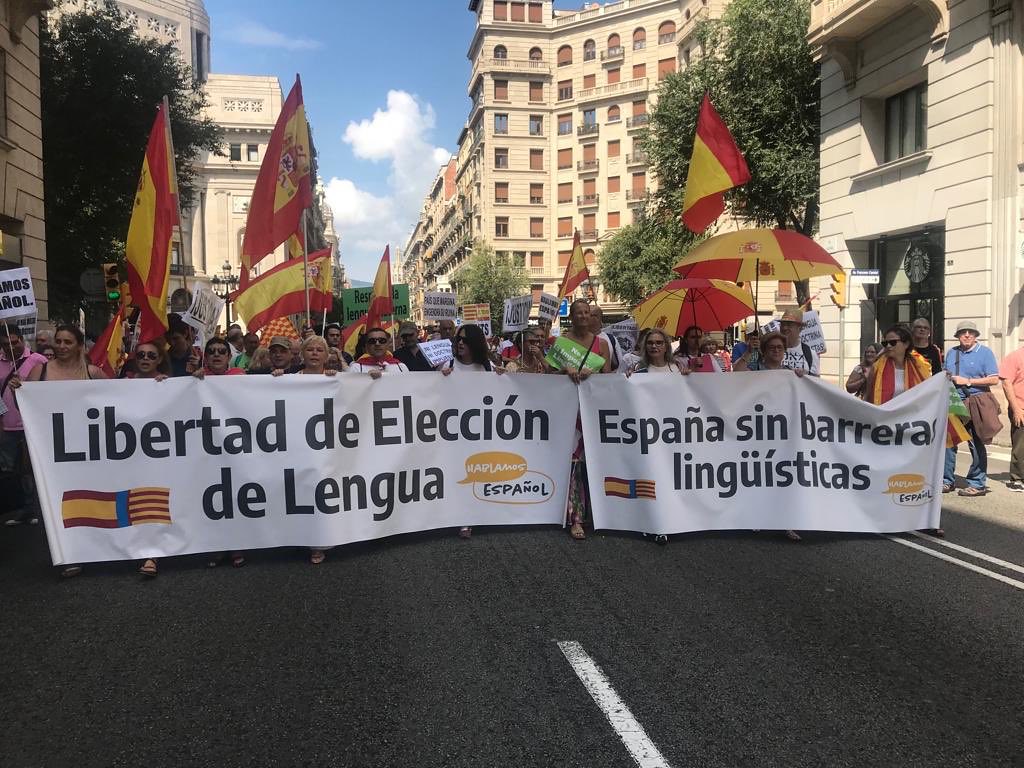 The abnormalities in democratic matters do not usually come alone. Where the enemies of liberty violate freedom of education and freedom of thought, other freedoms are also threatened. Today’s demonstration has proven it. The march was convened months ago in advance and had all the permits set by law. Despite this, the regional government of Quim Torra decided to bypass the law and allow separatism to burst the demonstration, convening an illegal act in the San Jaime Square, where the course of the march of Hablamos Español ended. 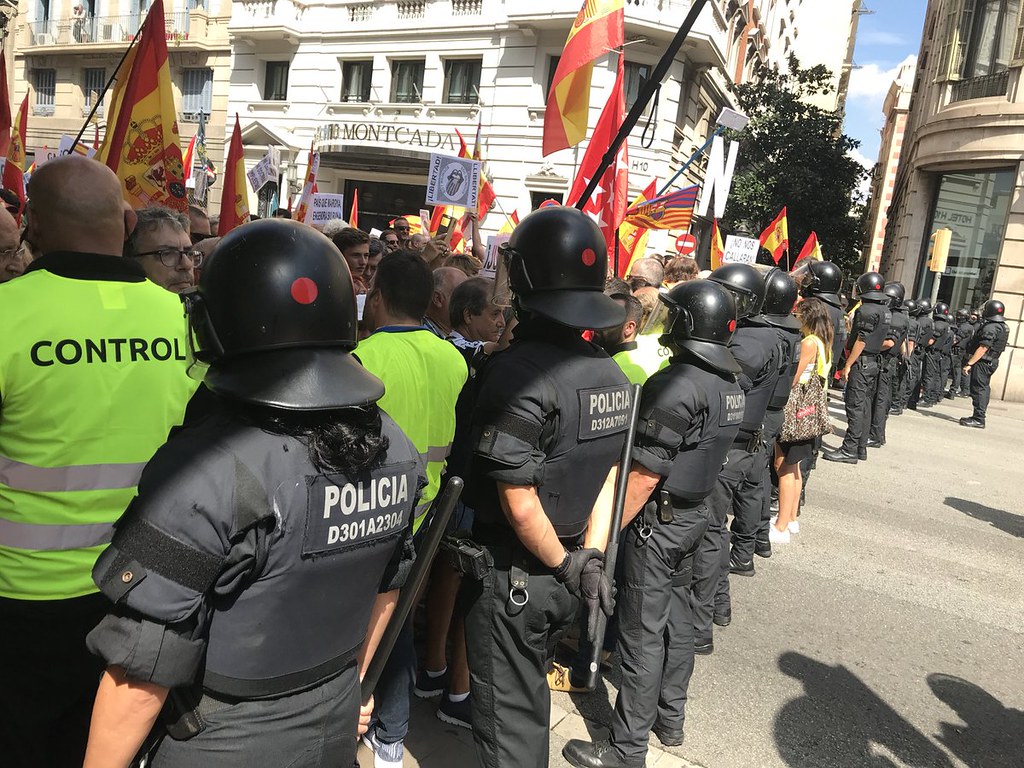 The Catalan Police, who did nothing to evict this illegal act, did deploy their riot police – with batons in their hands – to interrupt the march of Hablamos Español and prevent their arrival in the San Jaime Square, forcing them to end up in the nearby Ramón Berenguer Square. Once again, the Quim Torra’s Police let the separatists do what they want, and at the same time prevent the democrats from exercising their rights according to the law. According to Gloria Lago, president of Hablamos Español, told the newspaper El Mundo, “the Mossos told us that if we approached the San Jaime Square there would be a pitched battle.” And the Interior Department of the Catalan government did not know that yesterday when it announced that it would not evict the separatists?

Speaking to El Mundo, Gloria Lago has already announced that they will study legal actions against the Catalan Police for forcing them to vary the course of a legal march after allowing an illegal counter-demonstration. It must be remembered that these types of demonstrations are typified in the Spanish Penal Code and in the Citizen Security Law, norms that – like so many others before – the Catalan Government has skipped without further ado. You can see here a video summary of the demonstration and the moments of tension that have been experienced when the Catalan Police has interrupted it:

In addition to chanting slogans such as “I am Spanish” or “United Spain will never be defeated”, when arriving at the police cord created by the Mozos de Escuadra to interrupt the constitutionalist march, many demonstrators have shouted “This is a dictatorship”, “This police does not represent us” and “Where were you on October 1?”, referring to the inaction of the Catalan Police, following political orders, before last year’s separatist coup. Among the demonstrators were Spanish, Catalan and Tabarnia flags, the fictitious region created by the defenders of national unity to expose the lies and contradictions of Catalan separatism.

The burners carried totalitarian flags with the hammer and the sickle

Significantly, the bursting separatists carried communist flags, identifying themselves with an ideology that has sown the world of dictatorships, plunging entire countries into misery and oppression and causing more than 100 million deaths. It is not strange see these enemies of liberty bursting the exercise of the right of demonstration of those who do not think like them. What is very revealing is that Catalan separatism has embraced the worst and most anti-democratic of the far-left.

The demonstration for linguistic freedom ended with the Spanish Anthem

After some protesters began a sit-in with the Catalan Police for not allowing them to complete the authorized tour of the demonstration, the march of Hablamos Español has ended in the Ramón Berenguer Square with the chords of the Spanish Anthem. And it is that unlike separatism, an ideology that requires antidemocratic impositions to develop its political project, those of us who love Spain want that Freedom that separatism hates, as it has shown once again in the streets of Barcelona. Long live Spain and long live Freedom!