Several leaders of Vox have been invited by the Polish MEP Kosma Zlotowski to offer a conference in the Belgian seat of the European Parliament on March 6 in defense of Spain.

They speak of human rights after wishing ‘tortures’ a political rival

The call was announced the day before yesterday and a MEP from the far-left has not been slow to react. Ana Miranda, from the separatist group Bloque Nacionalista Galego (BNG), has called for the banning of the conference arguing that “an event of this kind should not be allowed, which could threaten the public order and security of the European Parliament. The latest statements by Vox do not precisely call for pacifism or respect for human rights.“ I confess that seeing this lady talking about human rights causes me a great surprise. The last summer Miranda dedicated this savage comment to the president of the Spanish Popular Party Pablo Casado: “To Pablo Casado, I want to go in a boat in the rough sea, or be in a prison and be beaten, or multiple rapes, or tortures, or walk barefoot hours with your feet bleeding, or burn your skin.” And all because Casado was against illegal immigration.

The BNG supports the dictatorships of Cuba and Venezuela

In addition, Ana Miranda made her idea of human rights very clear when she participated, last July, in a couple of events in support of the Cuban communist dictatorship, one of them held in Cuba, at the invitation of that regime with unique party that violates the most basic human rights on a daily basis. These attitudes are not isolated. In 2017 Miranda participated in an act of homage to the dictator Fidel Castro. Likewise, on January 31, Miranda voted in favor of the Maduro regime in the European Parliament, despite the fact that the European chamber has already approved several motions condemning human rights violations in Venezuela.

The dangerous friendships of that far-left party

The national friendships of that party are just as dangerous as their international friendships. The BNG will attend the next European elections in coalition with the separatists of EH Bildu, a far-left party whose spokesman is the Etarra Arnaldo Otegi and who in 2013 described ETA terrorists as “freedom fighters.” BNG itself has also flirted with violence: in 2012 it supported violent extremists who assaulted Democratic demonstrators who demanded linguistic freedom in Santiago de Compostela, and in 2013 it voted against condemnation motions of the Galician Resistance terrorist group in 58 towns in Galicia. 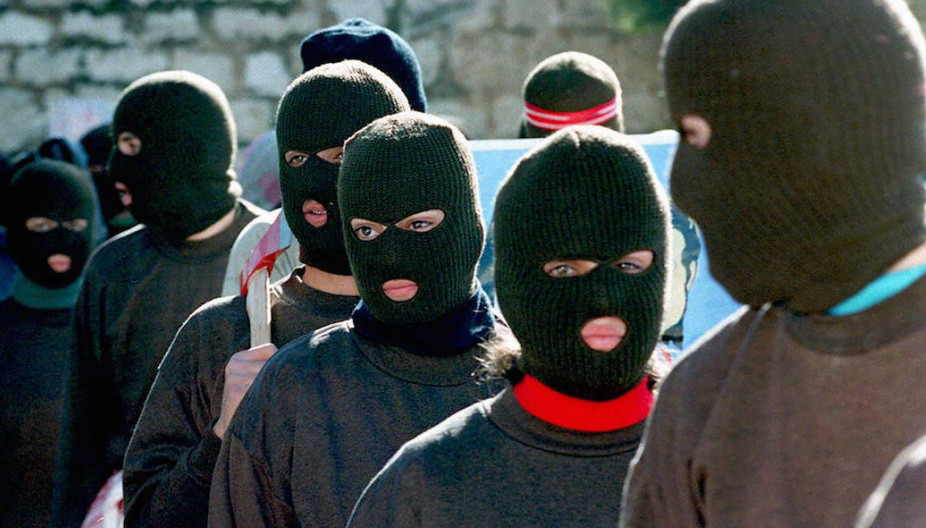 It organized several conferences with the PFLP, a group classified as terrorist

The same BNG that now claims to ban an event of Vox, which is a legal and democratic party, has organized several conferences with the Popular Front for the Liberation of Palestine (PFLP), a Marxist-Leninist, anti-Semitic and Holocaust denialist group. But that group is not only repudiated by its ideology: in addition, the PFLP has the number 16 on the European Union list of terrorist groups (see PDF). On November 26, 2014, the BNG received the wife of FPLP leader Ahmed Saadat, who is in prison for leading a terrorist organization and for the 2001 murder of Rehavam Zeevi, Israel’s tourism minister, a crime that was officially claimed by the PFLP. Despite this fact, the BNG called Saadat “a prisoner without cause,” lying openly about his situation.

On July 11, 2014, the BNG organized a conference in Vigo with Fayez Badawi: Ana Miranda broadcast the event with a poster that cited Badawi as “representative” of the PFLP. He was received by Olaia Fernández, then deputy of the BNG in the Spanish Congress. On February 25, 2016, the BNG organized a new conference with Badawi, whom he cited as a member of the FPLP in a story published on the party’s official website. Badawi was again invited by the BNG to give a talk on May 23, 2018, an event whose poster cited the speaker as the “Spokesperson for Europe” of that terrorist organization. On July 25, 2018, the PFLP also appeared among the guests of the BNG to a rally of that far-left formation in Santiago de Compostela.

If the president of the European Parliament acceded to the request of censorship by the BNG against Vox, he would be setting a dangerous precedent, because that would mean following the dictates of the enemies of democracy and the freedom to silence those who defend constitutional legality in Spain. The repugnant is not that Vox goes to Brussels to defend the unity of Spain and the Constitution; on the contrary: that is praiseworthy, and as an admirer of Poland, I am glad that the invitation has come from a Polish MEP. What we do not need in all parliaments is a far-left committed to joining terrorists.

(Main photo: AFP-Madmud Hams. Terrorists of the Popular Front for the Liberation of Palestine (PFLP) in a march held on September 2, 2014 in Gaza)