Marches of the Shadows: a tribute to the Poles killed by the Soviets in Katyn

In 1940, some 22,000 Polish soldiers and civilians who were prisoners of the Soviets were killed en masse in Katyn, Kharkov, Smolensk, Kalinin, Moscow and other locations.

Every year, on the first weekend of April, the “Marsze Katyńskie”, also known as “Marches of the Shadows”, are held in several cities in Poland. Many re-enactors participate in these events, wearing uniforms of the Polish Army and Polish Police, and also reenactors of the Soviet NKDV, the Stalin’s brutal political police, who was the executor of the massacre. The photos I pick up in this post are from the March of the Shadows of Warsaw and have been published by the Facebook page Reenactment in Photography. 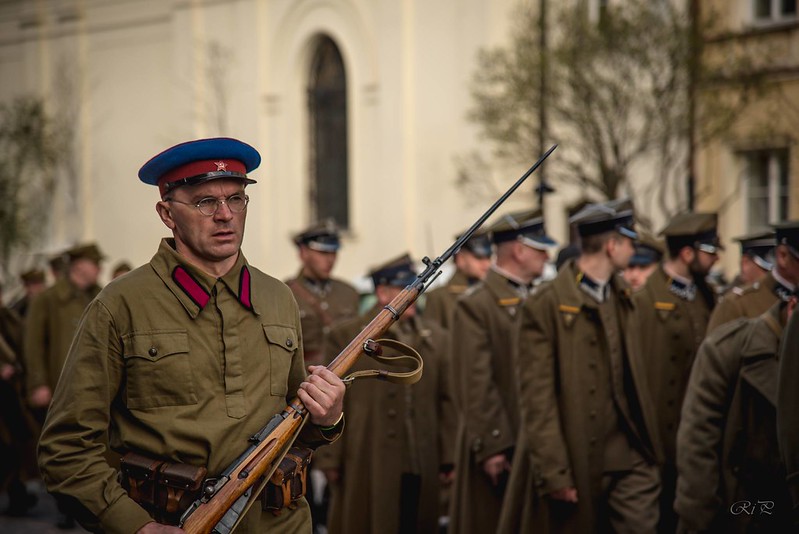 The objective of this massacre, ordered by Stalin, was to liquidate the intellectual and social dome of Poland, so that it would be easier to subject the Polish people to the new communist regime. Among those killed were at least 1,207 officers of the Polish Army, 5,141 policemen, 347 people classified as spies and saboteurs, 465 officials and owners of factories and agricultural land and 5,345 members of the Polish resistance and prisoners branded as counterrevolutionary elements. 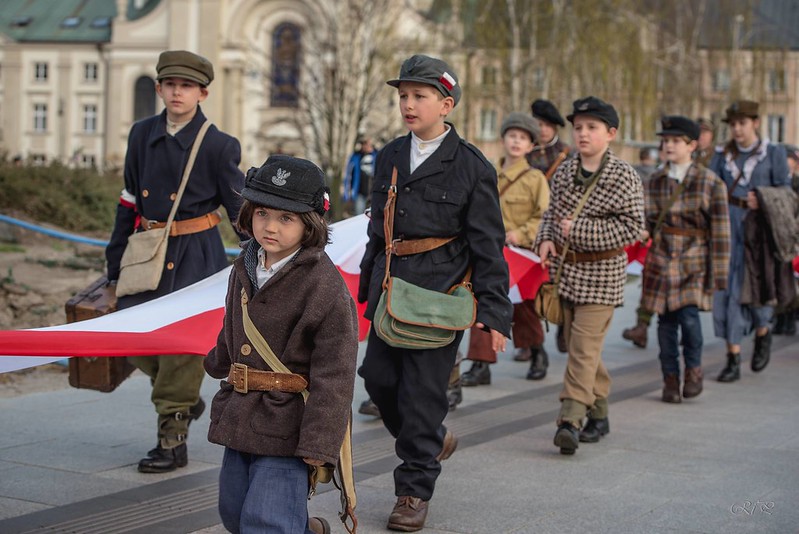 Here we see a group of children reenacting the Polish resistance and carrying the white and red flag. 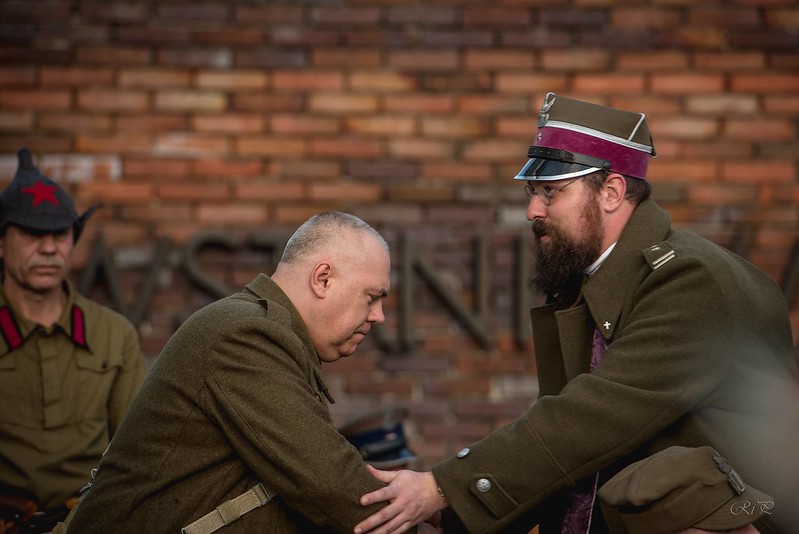 The majority of the murdered were Catholics, but among them there were also at least 438 Jews: 231 were killed in Katyn, 188 in Kharkov and 19 in Mednoye. On these lines, a chaplain offering spiritual help to another of the prisoners. Below, a Polish soldier prays the rosary on the way to death. 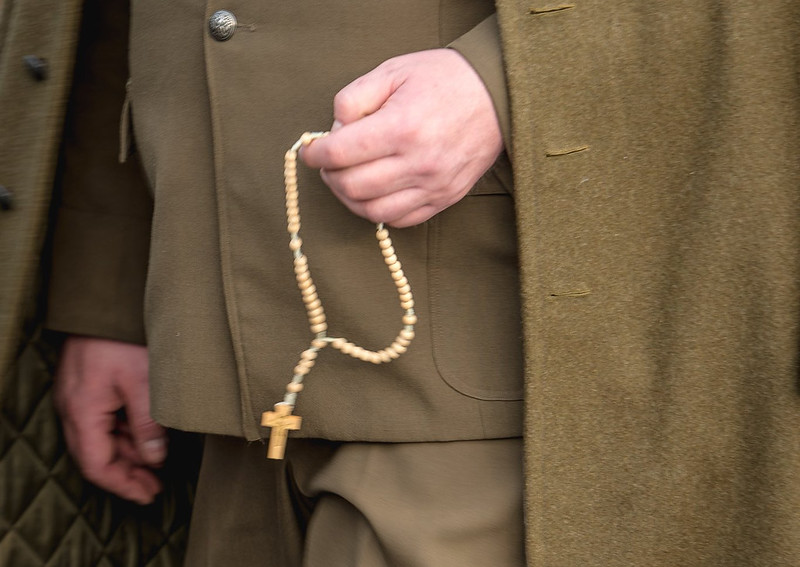 The march runs silently through the streets of Warsaw: they remember prisoners going to death, although they still did not know it. 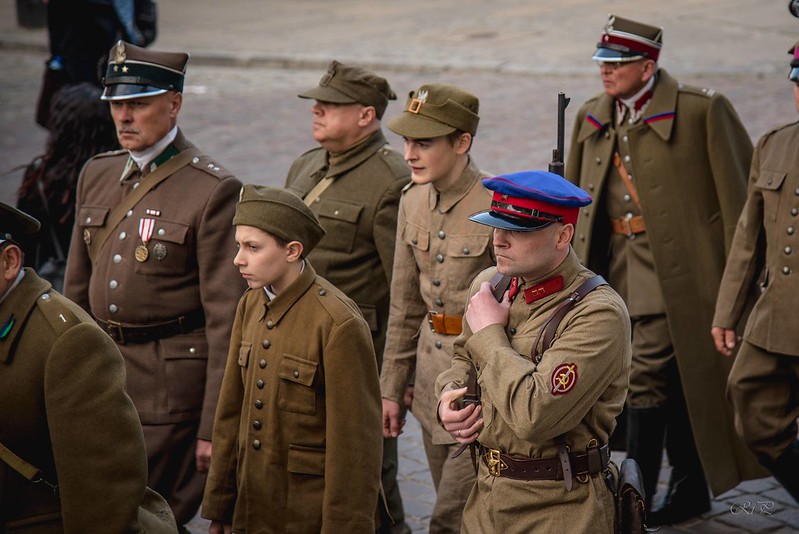 The reenactors show a serious face, and some are not able to contain the tears, like this recreador that shines the uniform of the Police of the Second Polish Republic. 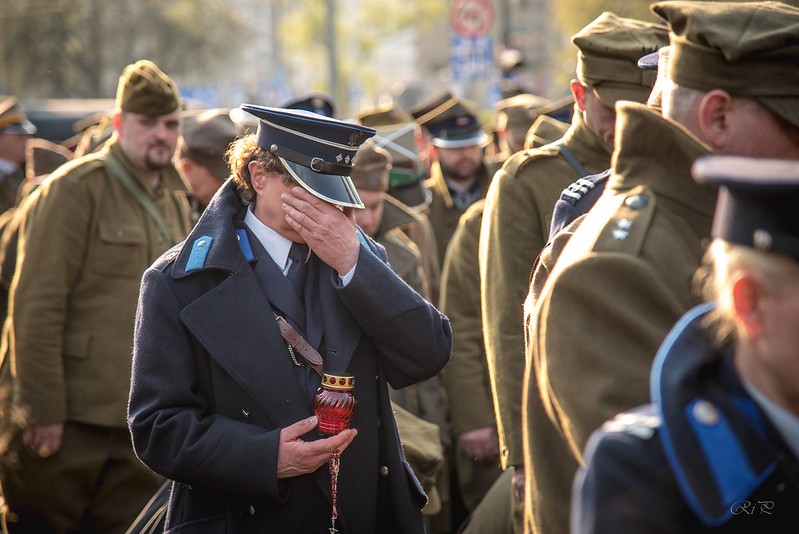 Members of the current Polish Army salute and present arms to the march of the prisoners, while some civilians hold their right hand to their chest as a sign of respect. 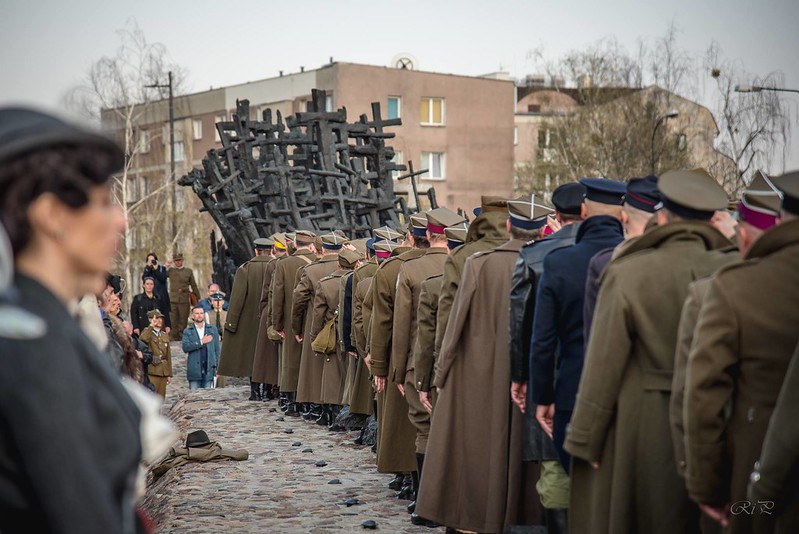 The March of the Shadows also reminds the women of the murdered, who were waiting for a long time the return of their husbands, until in 1943 the Germans found the mass graves in which they had been buried and it was finally known, what had happened to them. 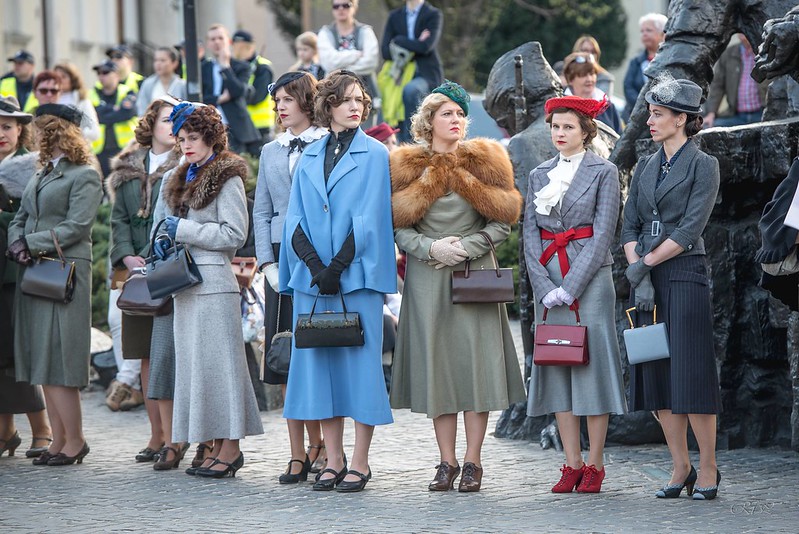 Among the prisoners who are on their way to death there is also a woman. She represents Lieutenant Janina Lewandowska, who was a pilot of the Polish Air Force. She was 32 years old and was killed in the Katyn forest. 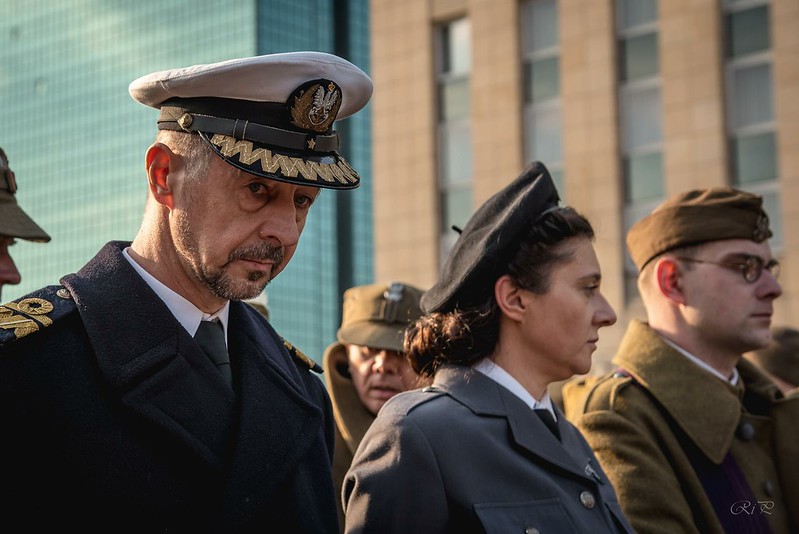 At the moment of execution, the reenactors bend and a black veil is laid over them, representing death. 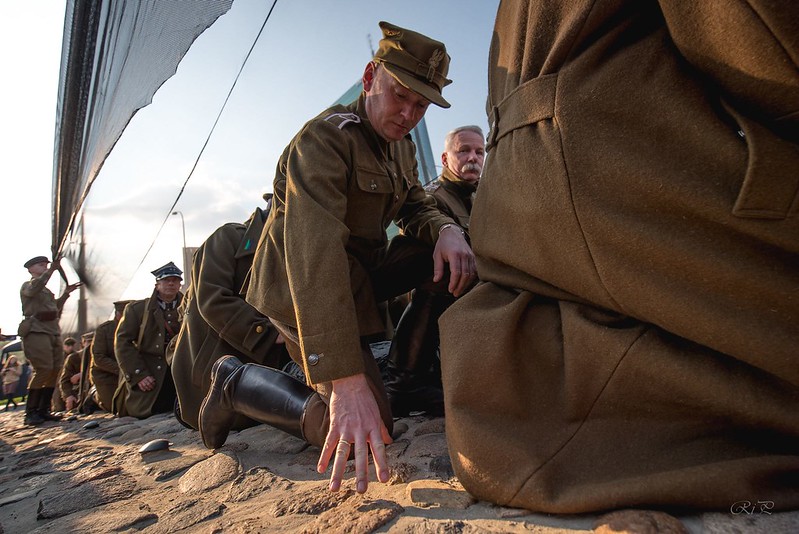 At this moment shots sound. The martyrs of Katyn were killed one by one with shots in the neck. 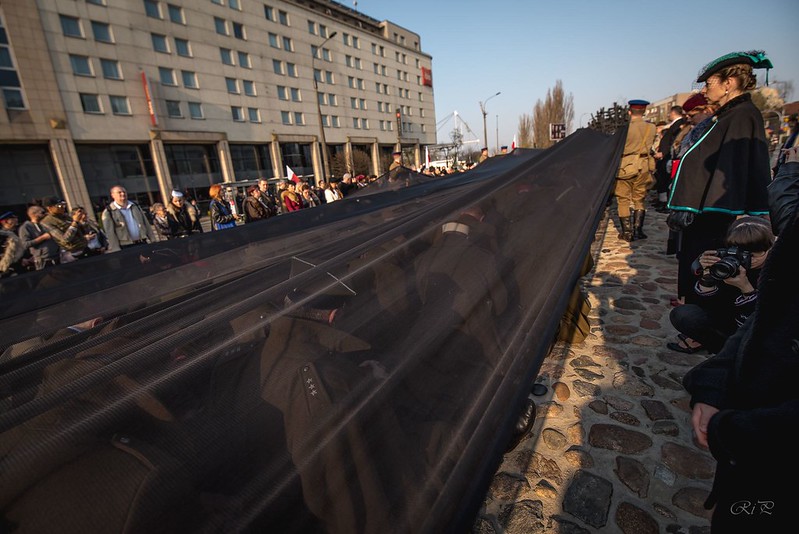 The silence is finally broken by the singing of Dabrowski’s Mazurka, the national anthem of Poland. The reenactors get up and they inton it doing the Polish salute, as we see in this photo published by a href=”https://niezalezna.pl/266527-xii-katynski-marsz-cieni-przeszedl-ulicami-warszawy-nasza-galeria”>niezalezna.pl: 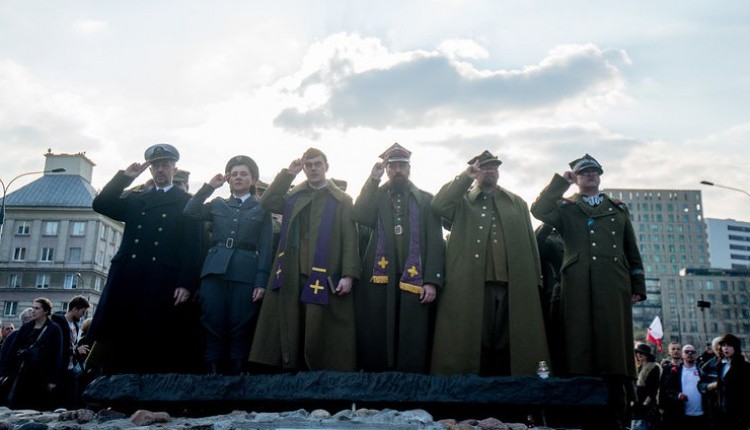 I dedicate this entry to the memory of the martyrs of Katyn, victims of war criminals who were never tried and who were totally unpunished.