Russia’s invasion of Ukraine is an act of aggression that seems aimed at reviving the influence and even the territorial limits of the former USSR.

Vladimir Putin’s regime has cultivated the discourse of Soviet nostalgia, even going so far as to prohibit any comparison of nazism and communism and even claiming the figure of Stalin, the Soviet dictator and genocide who precisely perpetrated the Holodomor genocide in Ukraine. In Ukraine there is a broad anti-communist sentiment precisely because of the memory that the Ukrainian people have of that genocide perpetrated by communism.

+Taking this into account, one wonders what sensation Ukrainians will have when they see an image that has been circulating on the networks since this morning. The Ukrainian YouTube channel Kahovka.net has several active web cameras on the country’s roads, in which the advance of the Russian armored and motorized columns has been seen. A Russian T-72B3 tank with a Soviet flag has been seen in three cameras covering the R-47 highway, near its passage through the Dnieper River, between 09:47 and 09:51 local time (08:47 and 08:51 CET):

The battle tank was decorated with the symbol in the form of “Z” that many of the Russian vehicles that are being seen these days carry, surely a mark to indicate the column in which they are framed within this invasion (others, in their instead, bear a “V” shaped mark).

The video is made up of streaming captures from three of Kahovka.net’s webcams. I indicate below the date, time and place in which that tank can be seen in each of the streamings, along with the respective captures in each of the sites and the links to the webcams: 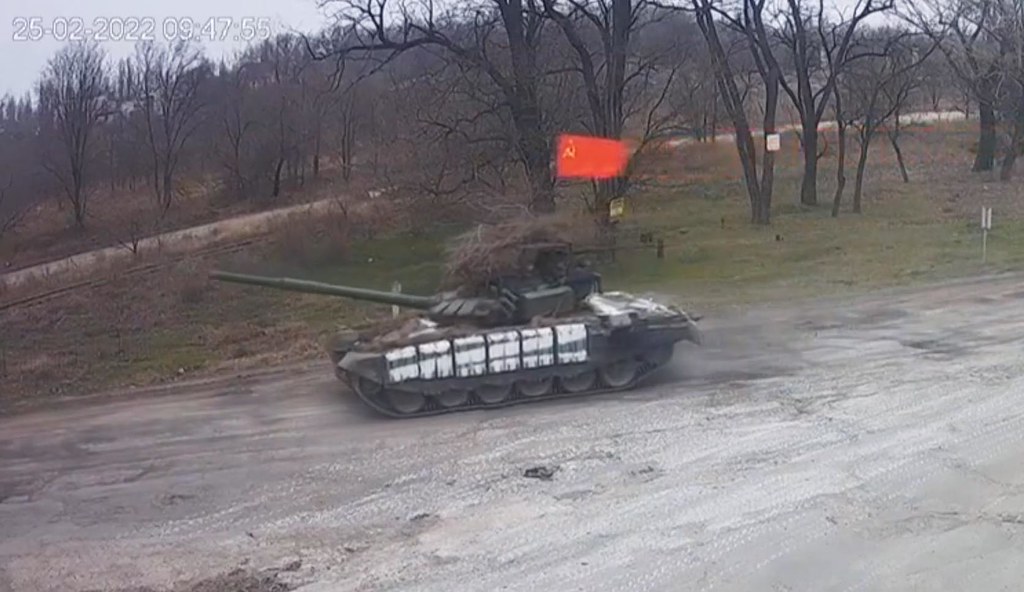 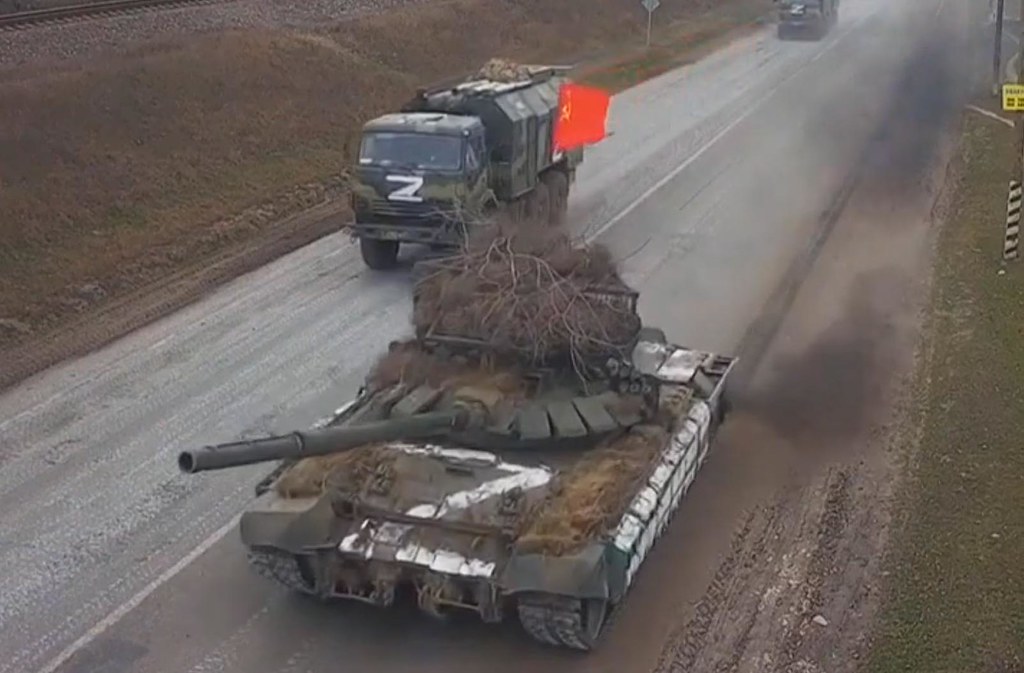 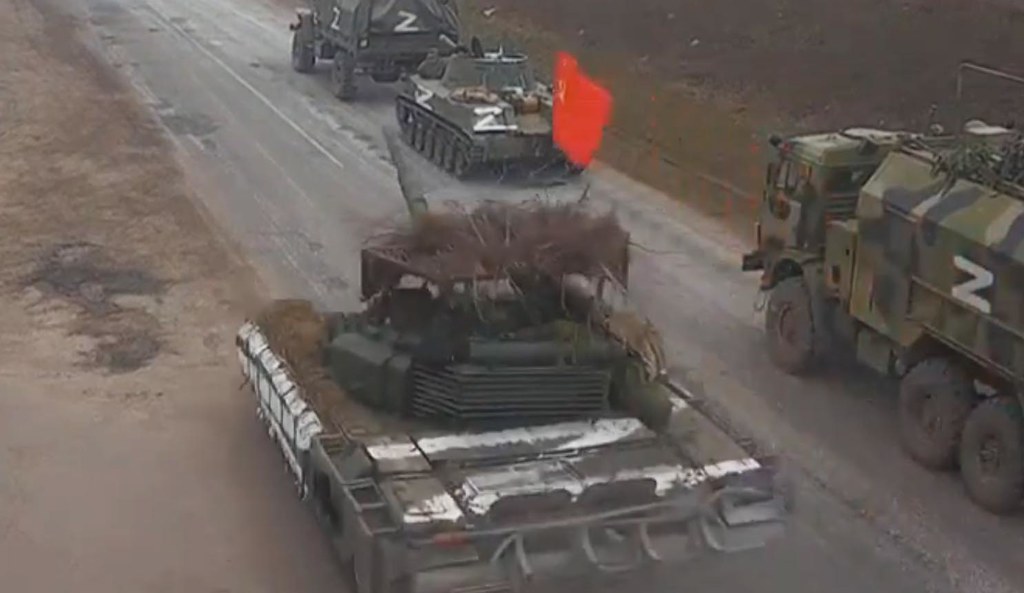