An image explains the column or unit indicated by each mark

These days there is a lot of talk about the letters that are painted on the Russian military vehicles that are participating in the invasion of Ukraine.

The most striking thing about these signs, which was more or less clearly indicating the columns to which each vehicle belonged, is that they use some letters that do not appear in the Russian Cyrillic alphabet. The most common is the letter "Z", but there are also vehicles that have a "V", an "O" or an "X" painted on them. In addition, in some cases the letter "Z" is written inside a square, as for example in this armored MT-LB of the Russian Army abandoned near Kharkov that we saw here. 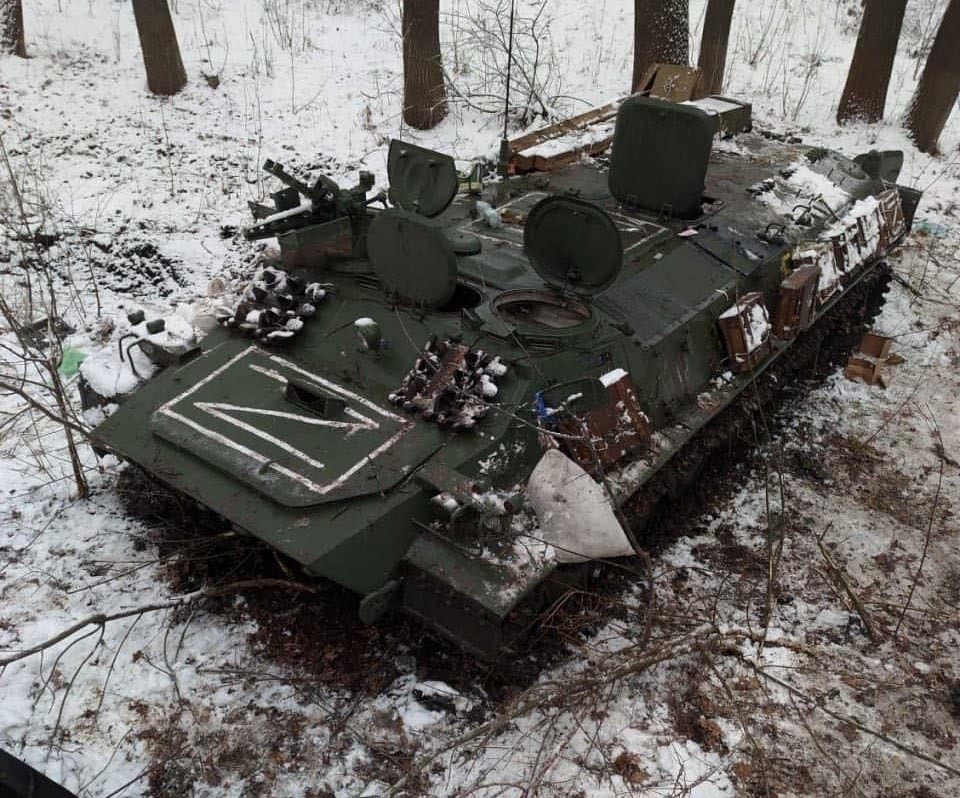 That letter code is not only used on ground vehicles, but also on helicopters, like this Kamov Ka-52 Alligator attack helicopter we saw last Thursday, which has a "V" painted on it. 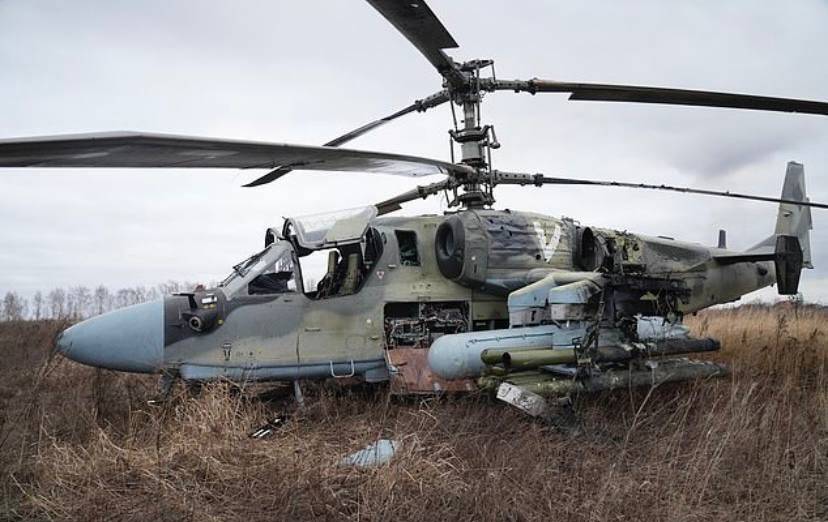 This morning, the Ukrainian Ministry of Defense posted an image on its Facebook page, titled "Remember these marks", which explains the meaning of the letters painted on Russian vehicles, encouraging Ukrainians to write down this information and where to find it. have seen and then notify it: 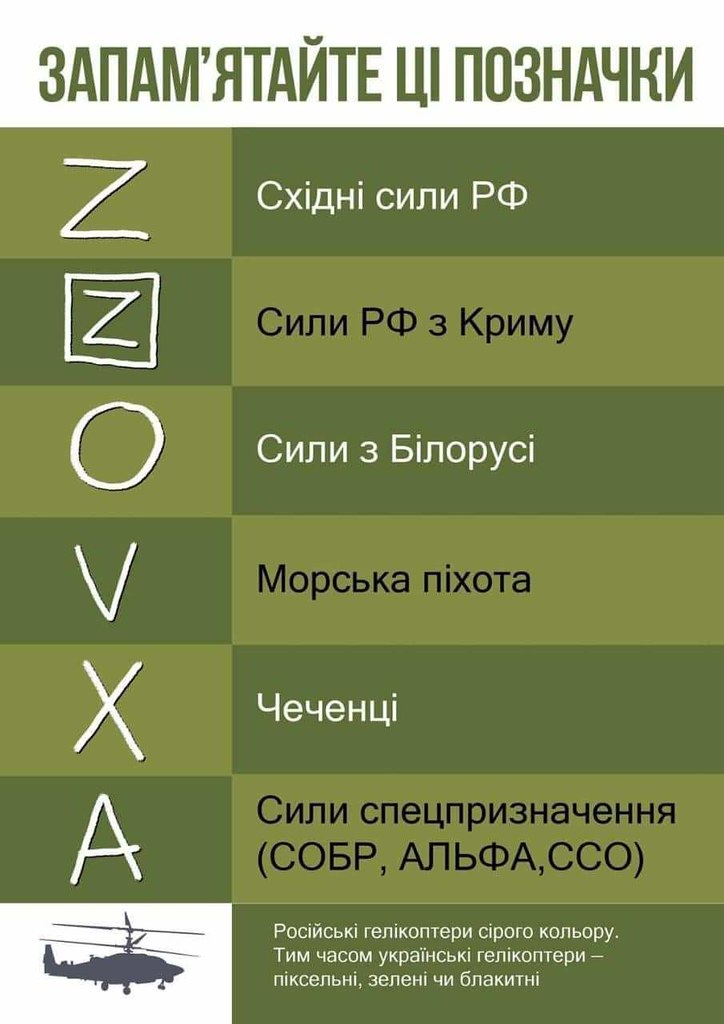 You can read the translation of the message here:

The last line includes the silhouette of a Kamov Ka-52 Alligator attack helicopter, indicating that the gray helicopters are Russian, while the Ukrainian ones wear green or blue pixelated camouflage.

Once these data are recorded, the Ukrainian Ministry of Defense encourages citizens to share the information through the website www.findokupant.com using Telegram, Viber or a Google form.