The images of Russian combat aircrafts that violated the Swedish airspace

In the middle of the Russian invasion of Ukraine, and after the threats launched by Russia against Sweden and Finland last Friday, a serious incident took place yesterday.

According to a statement published yesterday by the Swedish Armed Forces at 7:40 p.m., this Wednesday "four Russian warplanes violated Swedish airspace". In response, the Swedish Air Force sent Jas-39 Gripen fighters and documented the incident through photographs. The Russian incursion was brief and took place in the east of the island of Gotland, located in the middle of the Baltic Sea. It is a common transit area for Russian military aircraft flying from the Russian coast of the Gulf of Finland to the Russian exclave of Kaliningrad, between Lithuania and Poland.

The Chief of the Air Force, Major General Carl-Johan Edström, has pointed out that Sweden's rapid response to the Russian incursion "shows that our preparation is good. We were in place to ensure the territorial integrity and borders of Sweden. We are in full control of the situation." 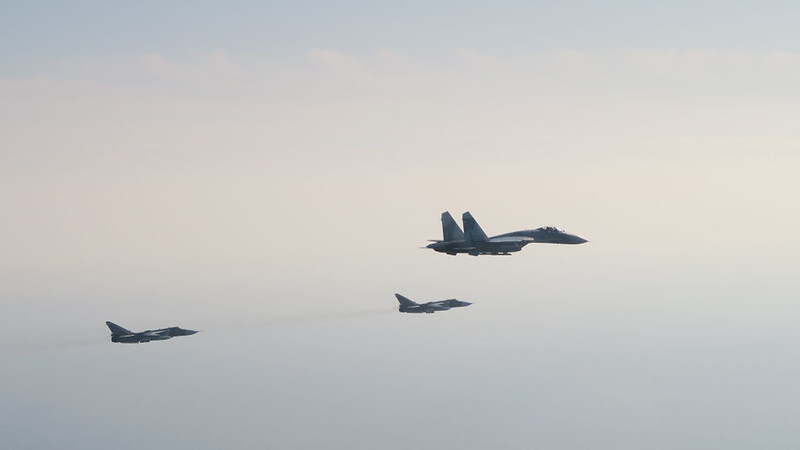 The Swedish Armed Forces have indicated that the Russian fighter planes that carried out this raid were two Sukhoi Su-27 fighters and two Sukhoi Su-24 attack planes. Sweden has published these two photos of the Russian formation (click on the images to see them enlarged). Judging by the layout of the aircraft, the Su-27s would be escorting the Su-24s. 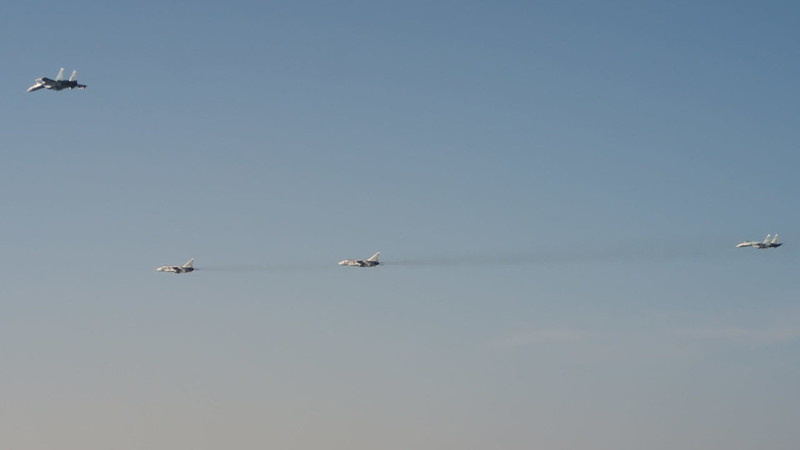 "In light of the current situation, we take the incident very seriously. It is an unprofessional and irresponsible action on the part of Russia", the Chief of the Swedish Air Force said.

Last Friday, a day after starting the invasion of Ukraine, Russia threatened Sweden and Finland with "serious military consequences" if they decided to join NATO. Russian Foreign Ministry spokeswoman Maria Zakharova used the argument that "the security of some states should not be built at the expense of the security of other countries." Russia warned that if Finland and Sweden enter the Atlantic Alliance, it would have "serious military and political consequences that would require our country to take reciprocal measures." The same policy of bullying that has led Russia to invade Ukraine and attack its civilian population, committing serious war crimes.

It so happens that this Wednesday, the Putin regime has sent letters to the governments of Sweden and Finland demanding "security guarantees" for Moscow in the midst of the Russian invasion of Ukraine. In both Nordic countries they have interpreted these letters as a new threat after the one launched by Russia against them last week. These threats are contributing to inclining more and more Swedish and Finnish citizens to support their countries' entry into NATO, seeing this defensive alliance as an increasingly necessary protection against the growing threat by the Putin regime to peace and security in Europe.