Russia has sent its tanks to Ukraine with obsolete protections

The ‘egg cartons’ of the Russian tanks: the poor protection of many T-72B3 and T-80

One of the most striking things about the Russian invasion of Ukraine is the huge number of tanks that the invading army is losing.

As of today, the website Oryxspioenkop.com, which is documenting with photos the vehicle losses of both sides since the beginning of the invasion, has already counted 204 losses of Russian military tanks, of which 71 were destroyed. The model with the lowest casualties is the T-72B3 Obr. 2016, with 52. This model is an update of the already old T-72, which includes more protection in the turret, barge and skirts. In this photo published by Tanks and War Machines on July 1, 2020 we can see some of these additional protections: 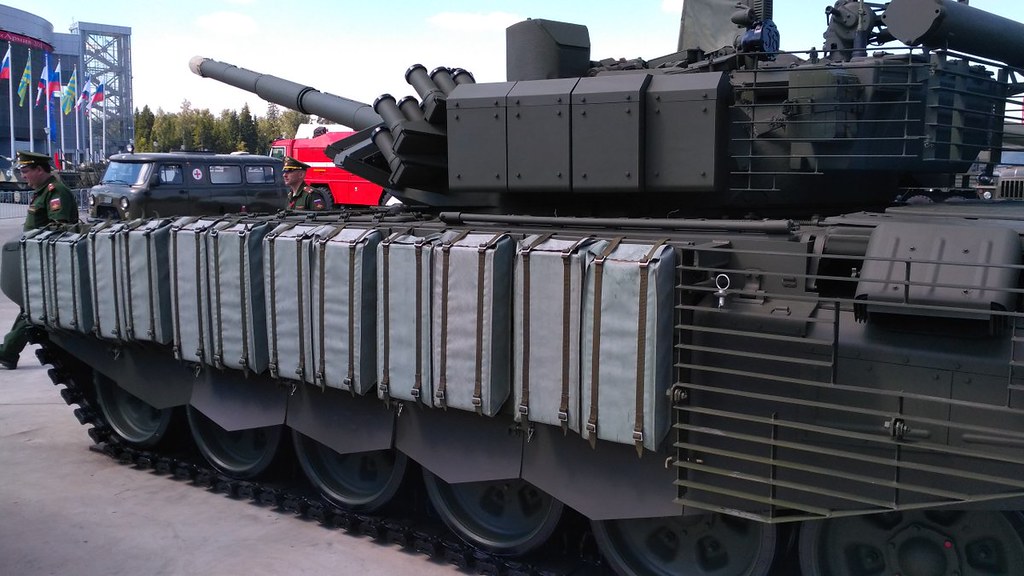 In this other photo of Vitaly V. Kuzmin we see that protection in more detail: 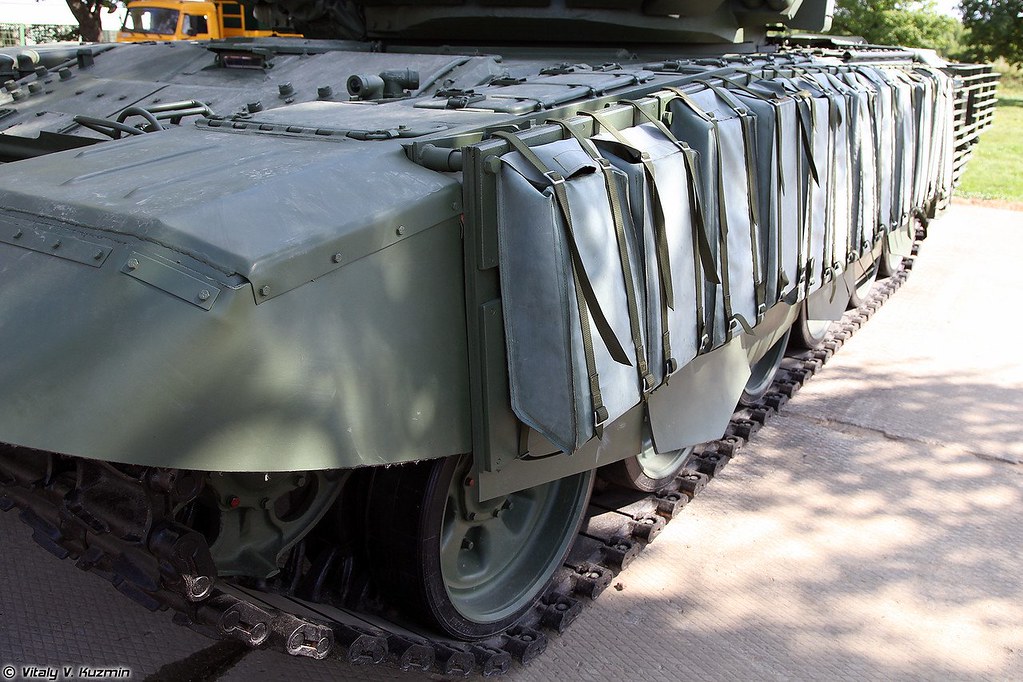 If you look closely, the tank has a series of rectangular bags with two straps each attached to the skirt. At first glance, it could be deduced that these bags are reactive armor, that is, an explosive charge whose function is to nullify enemy projectiles before they hit the barge and cause greater damage. But it turns out that it is not. On March 5, Oryxspioenkop posted on his Twitter account the following photo of a T-72B3 Obr. 2016 (or perhaps a T-80BVM, since they have the same protection) in which the contents of those bags that seemed to be reactive armor can be seen: 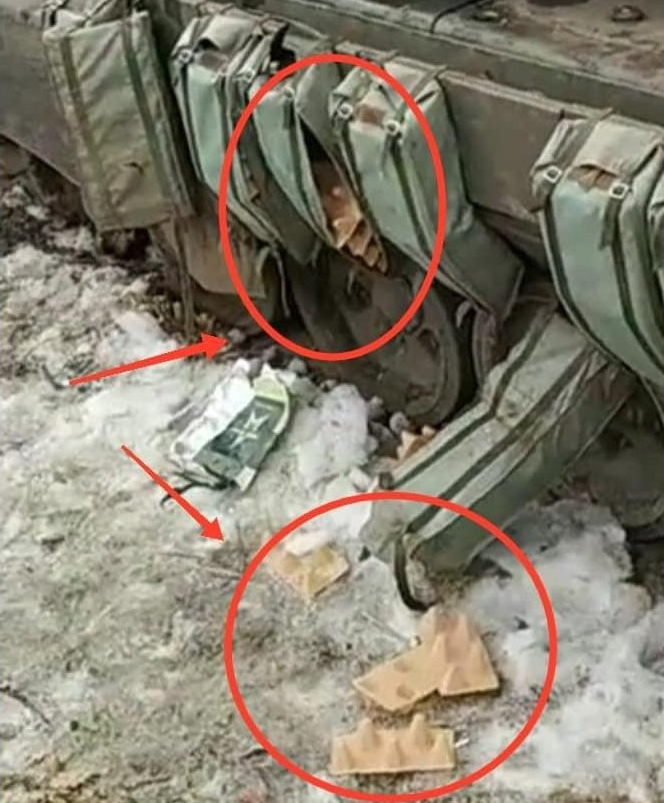 What those bags have inside have the appearance of egg cartons that one can find in any supermarket. Has the Russian Army fooled its military into thinking they were wearing reactive armor when in fact they were wearing this? Of course, it seems unlikely that Russian tankers are unaware of the contents of their tank protections.

Yesterday, a YouTube channel called Twitchy, which had relatively few subscribers, published this video that has already gone viral (it has almost a million and a half views in just 24 hours) analyzing several images that show those protections of the T-72B3 Obr. 2016 with various photos and videos taken in Ukraine:

The mystery is resolved with this photo published by Vitaly V. Kuzmin in 2017, in a blog entry in which he showed a T-72B3 Obr. 2016 exhibited at the Tank Biathlon 2017 held in Alabino, in the Moscow region: 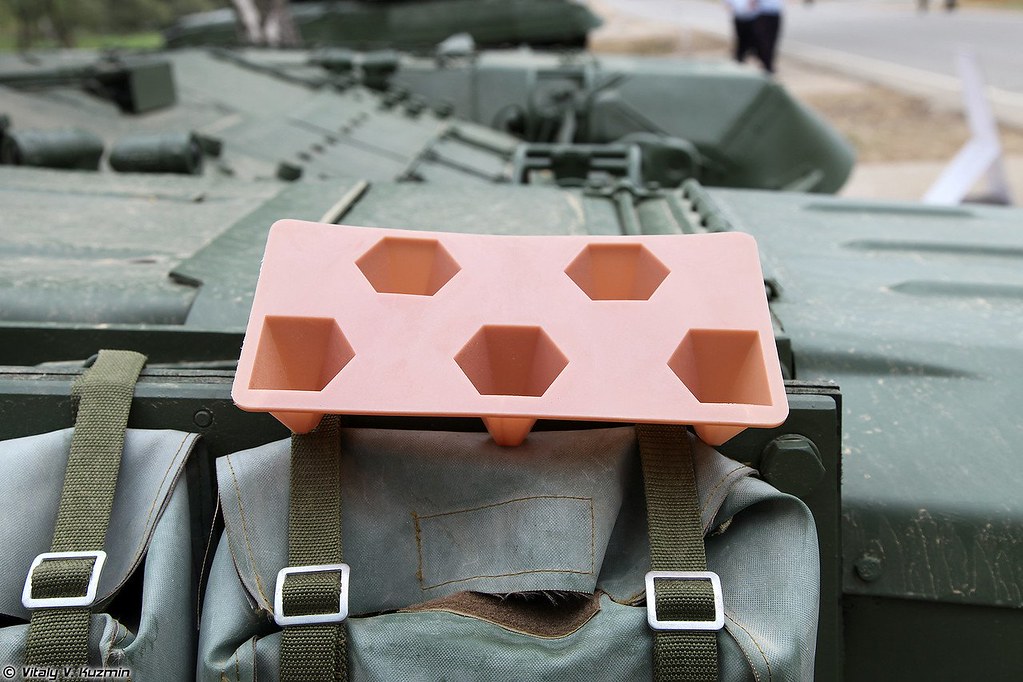 Thus, it is not about egg cartons, but a simple plastic filler for said bags. To further clarify the matter, in October 2017, the tweeter @Russian_Defence explained what this protection is called: “Inert soft case skirt armor”.

In that same Twitter message, @Russian_Defence showed a screenshot of the aforementioned Vitaly V. Kuzmin explaining the following: “Check the pouches under that plastic thing, each puch has 2 things. As far as tank commander told me these pouches are for sand and they use these things to make the sand inside more hard. Sounds weird, but these were his words.”

Thus, in 20222 many Russian Army tanks – according to the Russian state agency in September 2016, the Russian Army has 1,000 tanks of this type – carry bags filled with sand with a plastic frame to harden it as protection, in the hope to mitigate the damage done by anti-tank weapons. This is obsolete protection against modern anti-tank missiles, and it is surprising that it was introduced only 6 years ago.