Russia has already lost more than 1,100 military vehicles, including 190 tanks

This Friday marks 15 days since the start of the Russian invasion of Ukraine, and the loss figures show a disastrous balance for the invaders.

At the time of publishing these lines, according to the latest data published by Oryxspioenkop.com (which is documenting with photos the losses of both sides since the beginning of the invasion), the Russians have already lost 1,104 military vehicles, of which 455 have been destroyed, 14 damaged, 171 abandoned and 464 captured. In total, the Russians have already lost 190 tanks, of which 85 have been captured by the Ukrainians. Most of these losses are taken by the T-72s: Russia has lost 106 in total (of different variants). However, the figures also include 60 T-80s of various types and 14 T-90s. Likewise, the shooting down of 12 Russian planes (11 of them fighter planes), 4 drones and 13 helicopters, and the destruction of 2 logistics trains have been documented.

The same source has also documented the loss of 303 Ukrainian military vehicles, of which 115 have been destroyed, 5 damaged, 45 abandoned and 138 captured. In total, the Ukrainians have lost 54 tanks, of which 52 were T-64BVs and 2 were T-80BVs. The aforementioned website has also documented the loss of planes, 4 drones, 1 helicopter and two Ukrainian ships (one of them, a frigate sunk by the Ukrainians themselves to avoid being captured by the Russians).

Russia has not updated the casualty figures it offered a week ago. Ukraine published this Wednesday figures of Russian casualties and losses (via The Kyiv Independent), surely exaggerated to a greater or lesser extent as part of war propaganda: 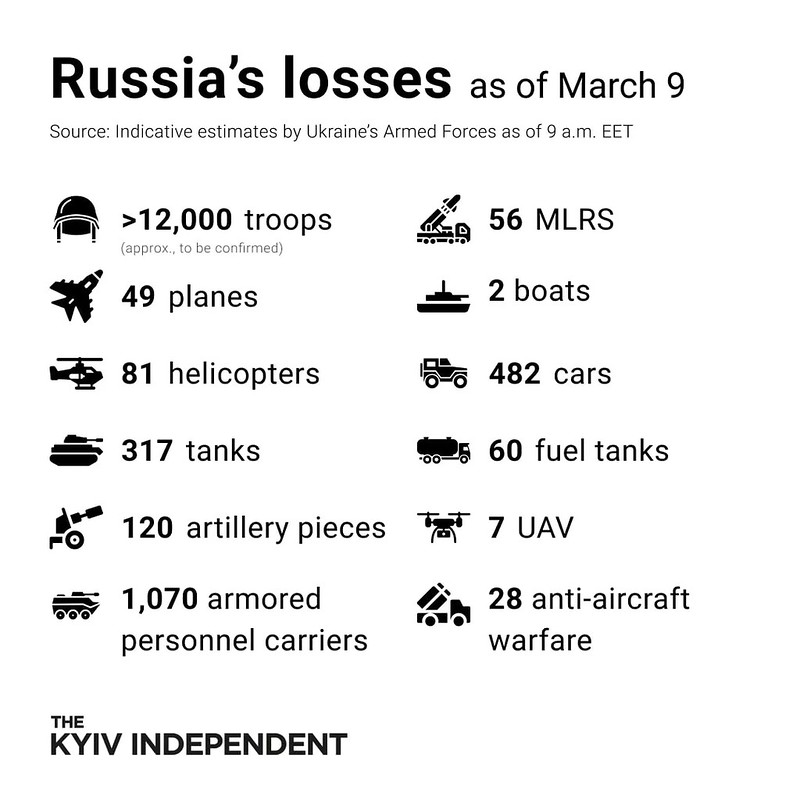 Yesterday, a US official estimated Russian casualties in Ukraine between 5,000 and 6,000, noting that the number of wounded Russian soldiers could range between 15,000 and 18,000. The same source put the Ukrainian military dead at between 2,000 and 4,000. Likewise, today the UN has indicated that between February 24 and midnight on March 10, the Office of the United Nations High Commissioner for Human Rights (OHCHR) registered 1,546 civilian casualties in Ukraine. These casualties are divided as follows:

This noon, the General Staff of the Armed Forces of Ukraine has indicated that the Russians have launched 328 land-based and naval-based Iskander and Caliber missiles at cities and towns in Ukraine, in a total of 219 attacks. 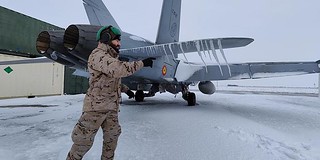