The Russian invasion of Ukraine has led the Atlantic Alliance to reinforce its military deployment on its eastern flank, from the Baltic republics to Bulgaria.

The Supreme Headquarters Allied Powers Europe (SHAPE) has today published the figures of that deployment, noting: "NATO will not tolerate any attack on Allied sovereignty or territorial integrity. We have already activated our defence plans to shield the Alliance, increased our readiness and deployed troops from both sides of the Atlantic."

"There are now hundreds of thousands of forces at heightened alert across the Alliance. One hundred thousand US troops in Europe and around 40,000 troops under direct NATO command, mostly in the eastern part of the Alliance ... backed by major air and naval power as well as air defences", SHAPE noted. "But we face a new reality for our security. So we must reset our collective defence and deterrence for the longer term."

Along with these statements, SHAPE has published the following graph showing the numbers of its deployment on its eastern flank: 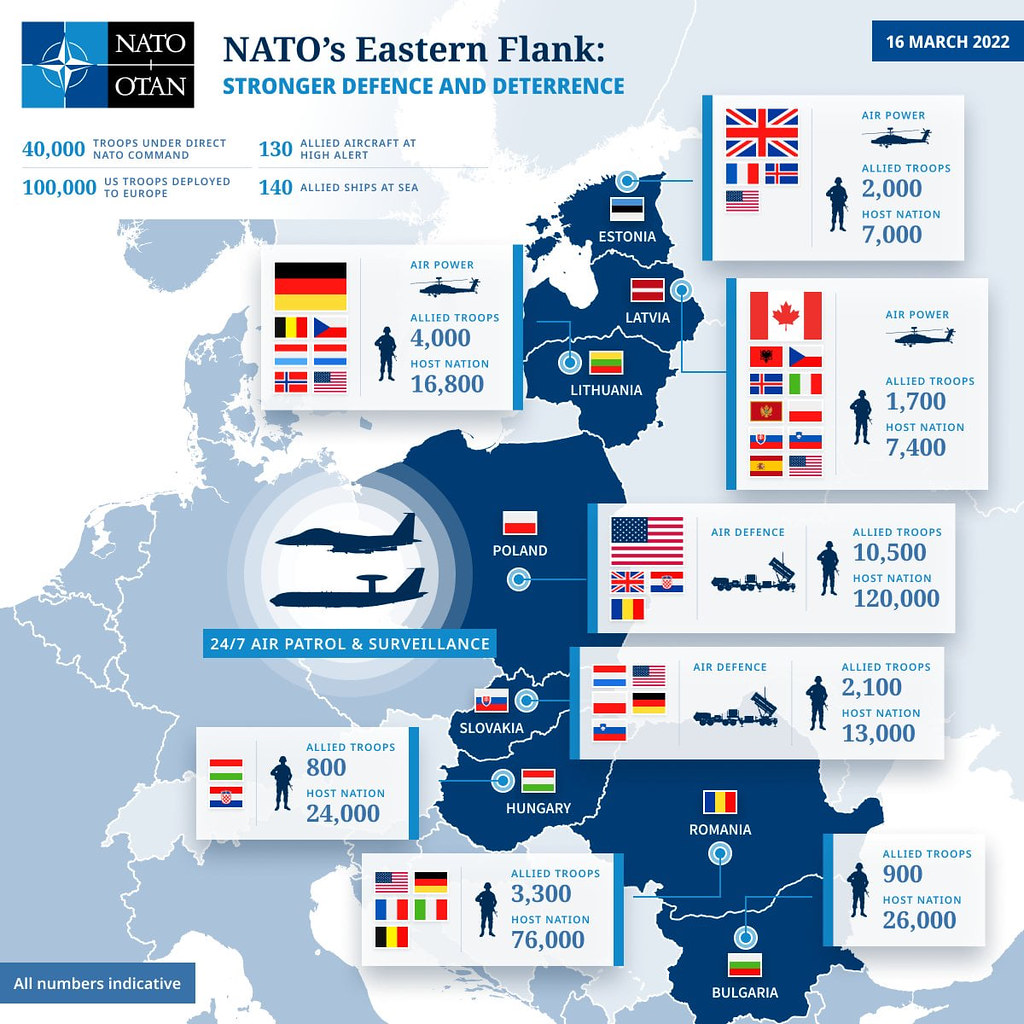 The deployment consists of the aforementioned 100,000 US soldiers and 40,000 military personnel under direct NATO command, in addition to 130 allied aircraft on high alert and 140 allied ships at sea. This is the distribution of troops by country:

900 allied troops (it is not indicated from which countries).
26,000 Bulgarian troops.