There are photos that say a lot with little, and this is the case of an image of the Russian invasion that has been circulating for a few hours on social networks.

The Ukrainian Defense Ministry has noted that the photo was taken by the 93rd Mechanized Brigade of the Ukrainian Army. 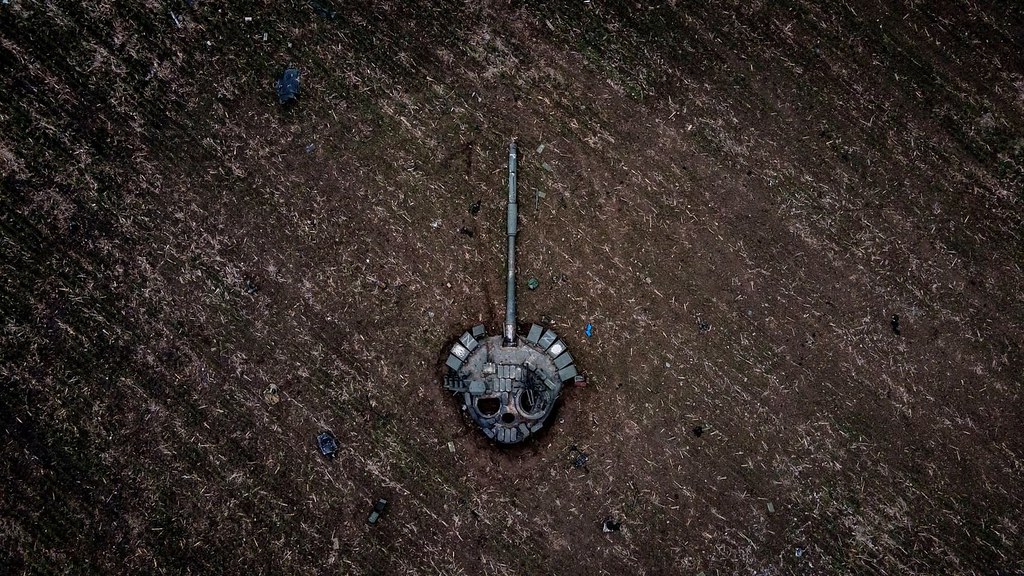 The image, taken from a drone view, shows the turret of a T-72B3 Russian tank separated from its chassis, a common occurrence when a Russian-made main battle tank is hit by an enemy shell. Russian tanks carry their shells in the base of the turret, with their projectile charges separate. They are attached with an autoloader, but that arrangement makes them vulnerable to explosions in the event of an attack, and they often blow up the turret as seen here. 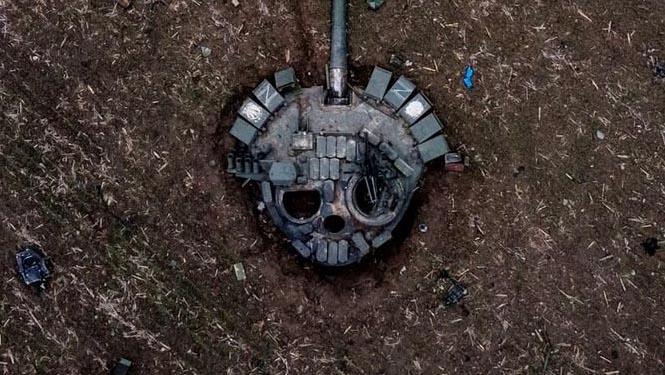 The fact is that when enlarging the photo, the turret looks like a skull, with the commander’s hatch (right) and the gunner’s hatch (left) acting as eyes. A very suitable image to represent the loss of more than 500 Russian tanks in Ukraine in 8 weeks, a huge military disaster for Russia.