Under the false pretext of “denazifying” Ukraine, Putin is Sovietizing it

Soviet flags and a statue of Lenin: the Russian communist paraphernalia in Ukraine

“Putin is not a communist.” It is one of the most repeated phrases by his admirers in the West. But once again, reality is more stubborn than them.

Three months ago we already saw here Putin’s scandalous nods to communism and his refusal to condemn the crimes of communist dictatorships. The Russian dictator is a nostalgic for the Soviet Union, he has established various laws in Russia to shield this totalitarian movement from criticism for its atrocities and has even defended the communist dictator and genocide Stalin, stating that demonizing him is “a way of attacking to the Soviet Union and Russia.”

A Russian tank with a communist flag in southern Ukraine

The Russian invasion of Ukraine has been accompanied by gestures of longing for the Soviet dictatorship. In the first hours of the invasion, a Russian tank was seen waving a communist flag on the R-47 highway, near its passage through the Dnieper River, in southern Ukraine.

A few days ago, Russian military raised a communist flag in the Ukrainian city of Kherson (below these lines), specifically in the Park Slavy (Park of Glory). Western supporters of Putin always dismiss these events as isolated cases, propaganda or even fake news, but more evidence keeps coming.

In the last few hours, through its channel on the Russian portal Yandex, the Kremin RT propaganda outlet has reported the raising of Soviet flags in the Ukrainian city of Nova Kakhovka, in the Kherson oblast, occupied by the Russians. 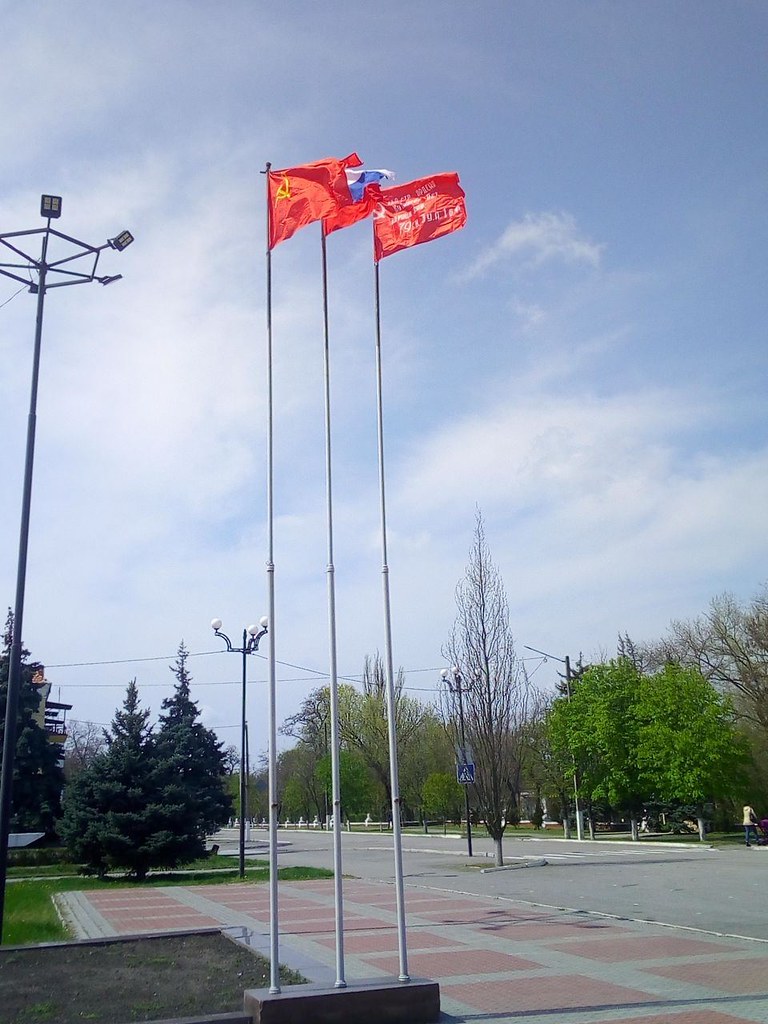 RT has published these two images taken on Dniprovskyi Avenue, between the City Hall and the Palace of Culture of that city. Next to the town hall there were three flagpoles on which two Ukrainian flags and the city flag were hoisted: now they are occupied by the Russian flag and two communist flags, the former Soviet Union flag and the so-called victory flag. 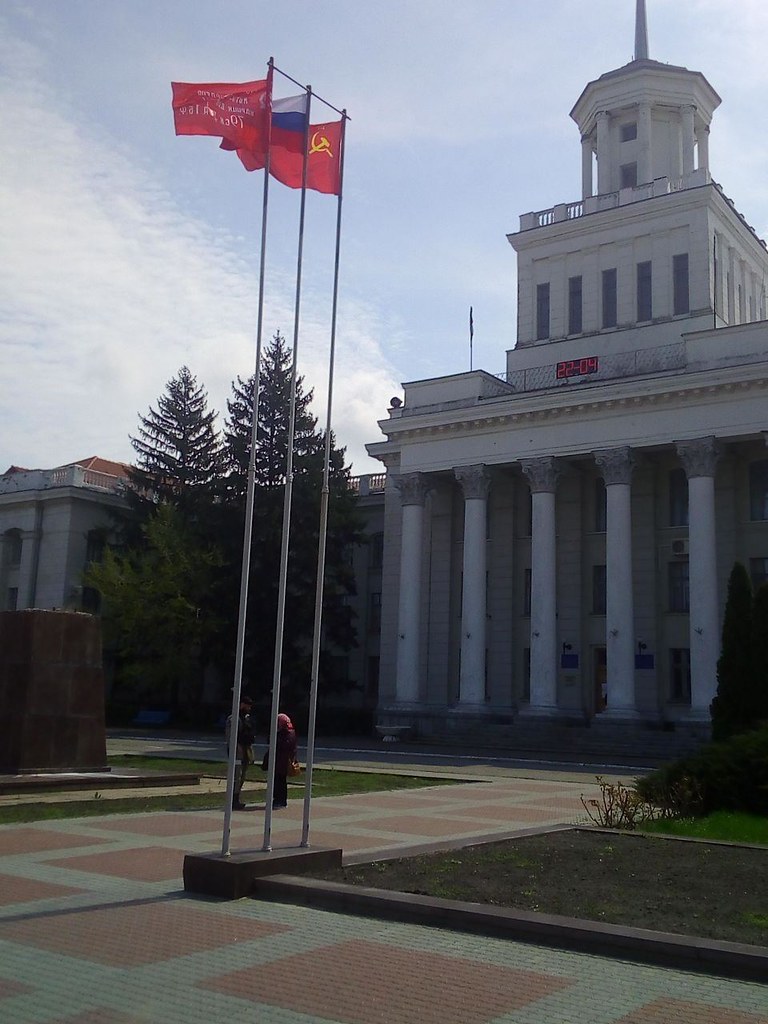 A Russian blogger has posted yet another photo of the city of Nova Kakhovka occupied by Russian troops. In it we see the aforementioned communist flags (the Russian flag, smaller than the Soviet one, is not seen) 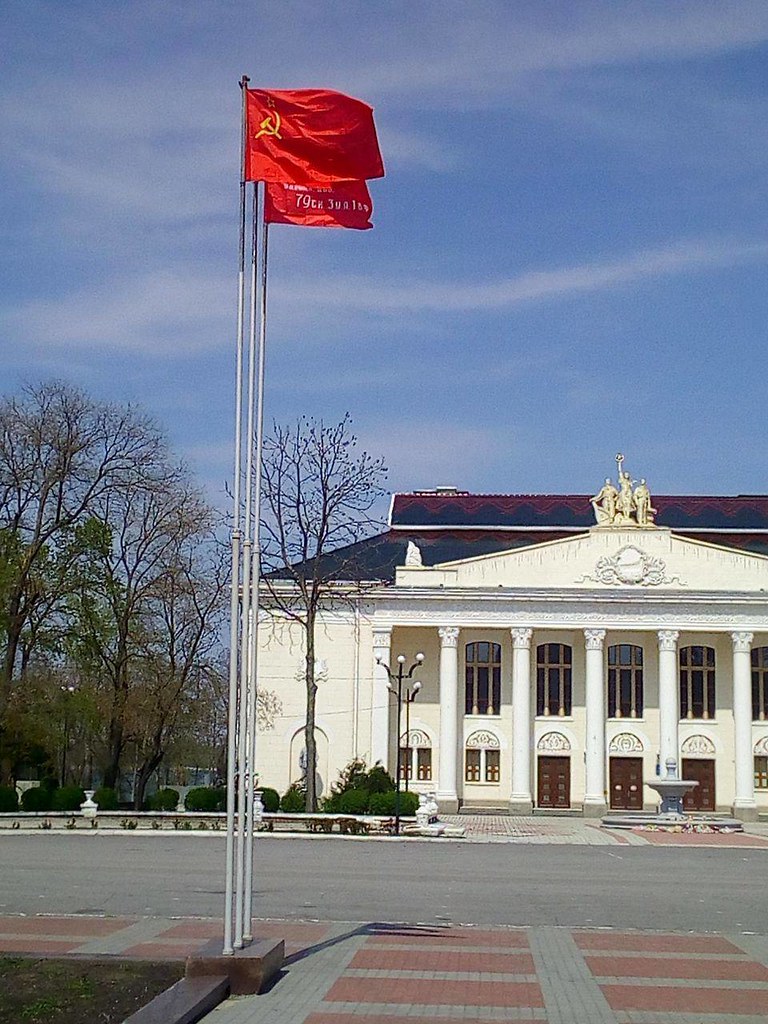 A statue of Lenin has been installed in Melitopol

That same blogger adds: “Also, Ilyich returned to Melitopol for his birthday.” He shows a small statue of Lenin recently installed in this city also occupied by the Russians since March 1. 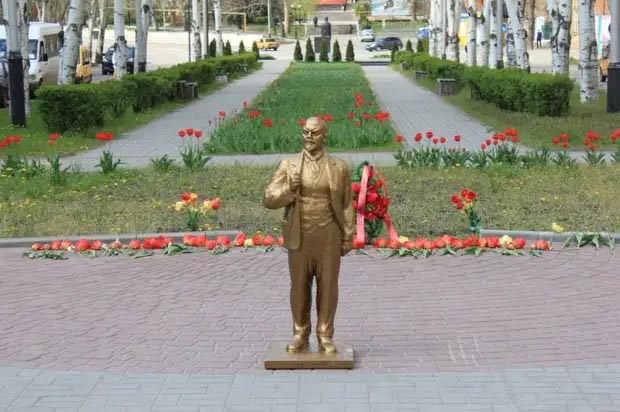 In Melitopol, in the Zaporizhia oblast, there were three monuments dedicated to that Soviet dictator, but they were removed in 2019. A Ukrainian media has confirmed the placement of that statue this Friday, specifically on Getmanskaya street, where until 3 years ago it was one of the monuments to Lenin. Now all that remains is that Western fans of Putin tell us again that these are all isolated cases, NATO propaganda or fake news.