Certain things appear to have changed little in Russia since Soviet times, judging by the equipment worn by many of its professional soldiers. But the situation is even worse for the men who are being massively recruited by Russia in the occupied areas of the Ukrainian region of Donbass, where armed separatist groups from the self-proclaimed "republics" of Luhansk and Donetsk have been operating since 2014. The Russians are forcibly recruiting men between the ages of 18 and 55, and equipping them with very poor equipment.

Last Friday, May 13, the pro-Russian Telegram channel ThisisfactZ published this video in which we see men recruited by the Russians in the occupied areas of Donetsk Oblast:

In the images, uniforms and helmet covers in Russian Flora camouflage somewhat disguise other, more obsolete gear. The trick is revealed in those soldiers who do not wear a cover on their helmet. These are SSh-68 steel helmets from Soviet times: 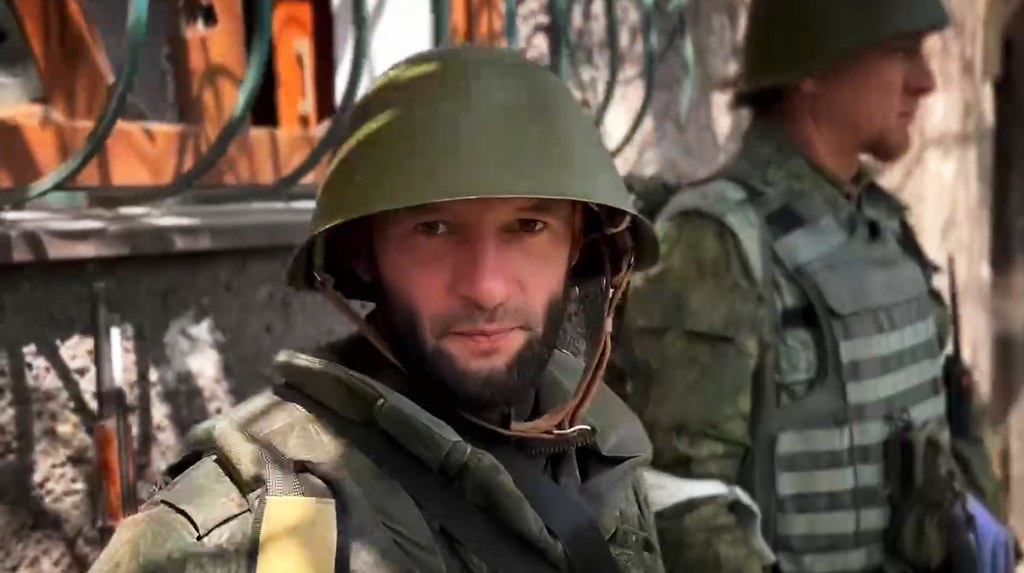 Wearing steel helmets from half a century ago in the days of Kevlar helmets is the least conspicuous thing to see in that video. The most striking detail is the weapons. And it is that these recruits carry old Mosin-Nagant model 1891 bolt-action rifles, a weapon used by the USSR in World War II. 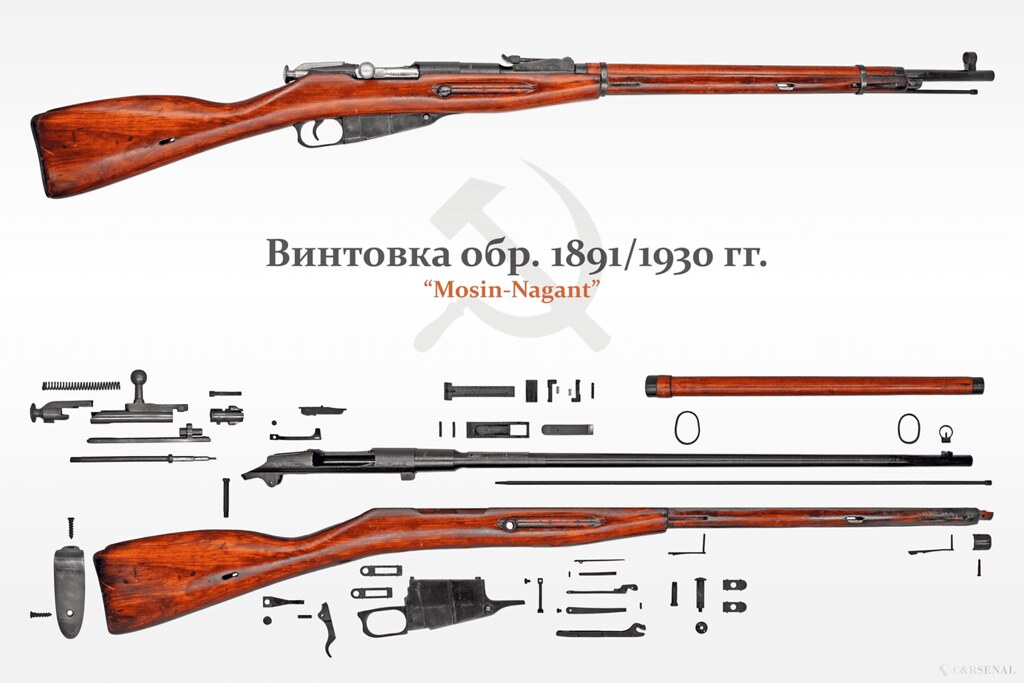 We are not dealing with an isolated case. Just yesterday, that pro-Russian Telegram channel published this photo in which we see Donetsk militiamen in a shelter, with a Mosin-Nagant hanging, equipped with an SVT-40 telescopic sight, as obsolete as the rifle: 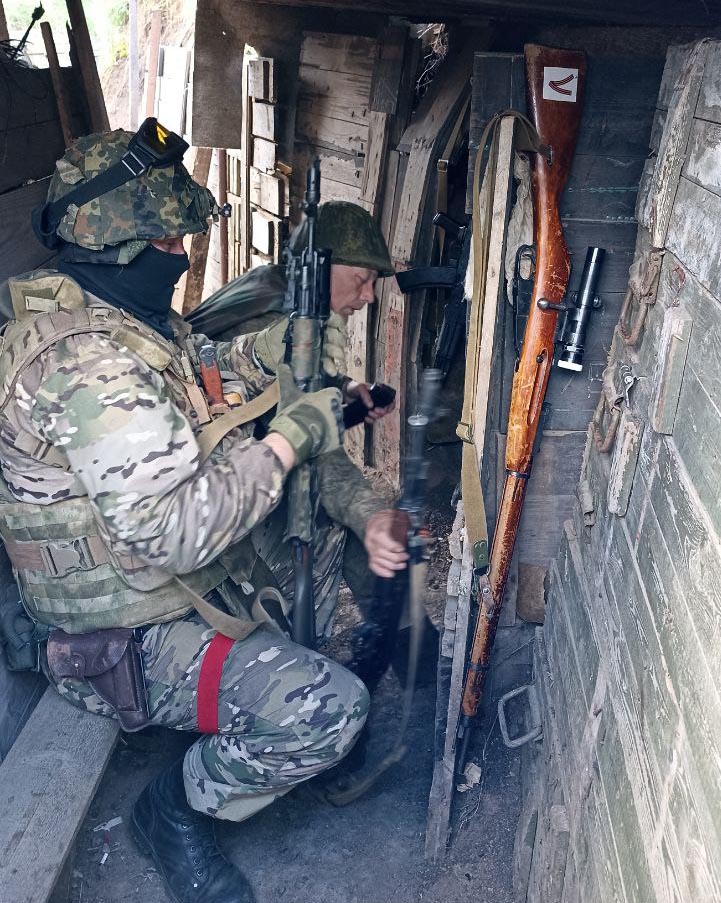 At the beginning of March, these images were already released by the Russian agency RIA Novosti with militiamen from Donetsk with Mosin-Nagant rifles and an SVT-40 sight, both from World War II: 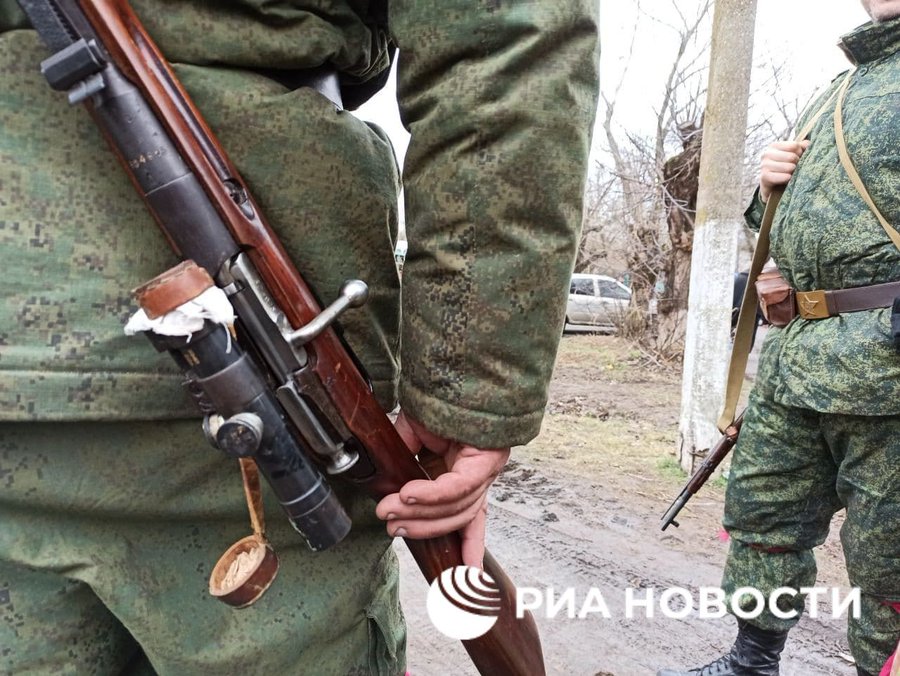 In the second photo we see the date of manufacture of the rifle: 1941. 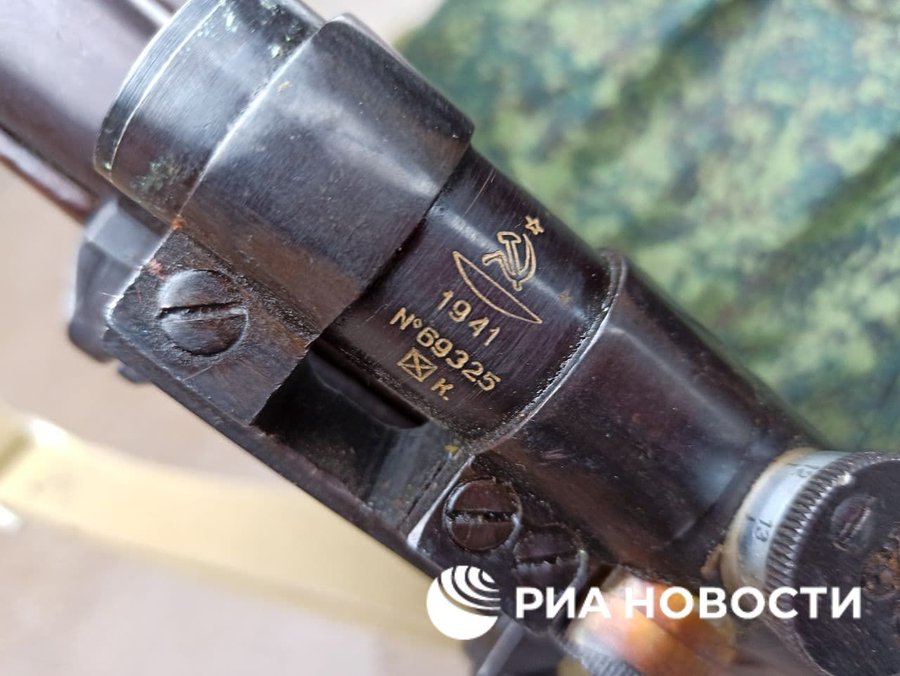 It should be noted that in 1945 the USSR began producing a semi-automatic carbine, the SKS, to replace the Mosin-Nagant, which was already out of date at the time. In 1947 the famous AK-47 automatic assault rifle appeared, whose more modern derivatives are still in service today in the Russian Army. Equipping Donbas recruits with bolt-action rifles is branding them as cannon fodder. With these things, Russia seems determined to depopulate the Dombas of Ukrainians, even if they are pro-Russian.