Specifically, the unit that made a stopover in the port of Vigo was the modern patrol boat LÉ William Butler Yeats P-63, launched in March 2016 and the third of the Samuel Beckett class owned by the Irish Navy. Here you can see the video of his departure from Vigo, this Sunday:

The Samuel Beckett class consists of four modern ships built by the English shipyard in Appledore, North Devon, for the Irish Naval Service. They are 90 meters long, 14 meters wide and 3.8 meters deep. With a displacement of 2,256 tons, they can reach a speed of 23 knots and are equipped with an Oto Melara 76mm cannon, two Rheinmetall 20 mm cannons and mounts for 12.7 and 7.62mm machine guns, as well as the ability to launch unmanned aerial vehicles.

You can see here a series of photos of the departure of this ship that I have uploaded to my Flickr account: 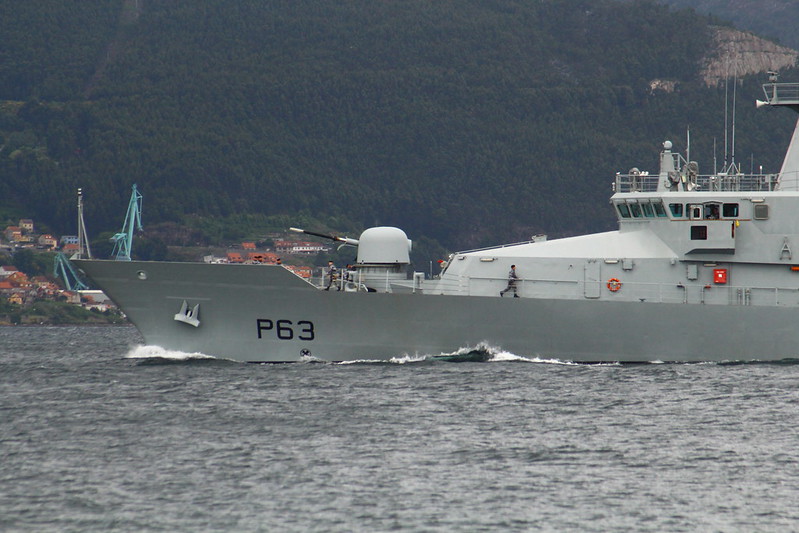 The Irish Naval Service was founded in 1946, 24 years after the Irish Army (1922) and 22 years after the creation of the Irish Flying Corps (1924). Following its independence from the United Kingdom in 1922, the Republic of Ireland established a Coastal and Marine Service (CMS) in 1923, primarily as a customs guard. In 1939 the Maritime and Coastal Surveillance Service was created, incorporating two British-made torpedo boats. Currently, the Irish Naval Service fleet comprises nine vessels: seven patrol boats and two corvettes, plus some small training boats and RIBs. The Irish Navy lacks naval aviation, maritime patrol and rescue missions being covered by the Irish Air Corps.