I found a video from Dark Exploration Films, published three years ago, in which the author shows what appears to be an abandoned military training range in a forested area of the United States:

The video has two very interesting details. The first is this abandoned M-60A3 tank at the site. Although the author of the video points out that it is from the Vietnam era, to be exact that variant of the M-60 was introduced in 1978 and was completely withdrawn from service in 2005. The unit in the video wears the NATO camouflage of three colors (green, brown and black) introduced by the US Army in 1984. It’s a shame to see such a tank abandoned… 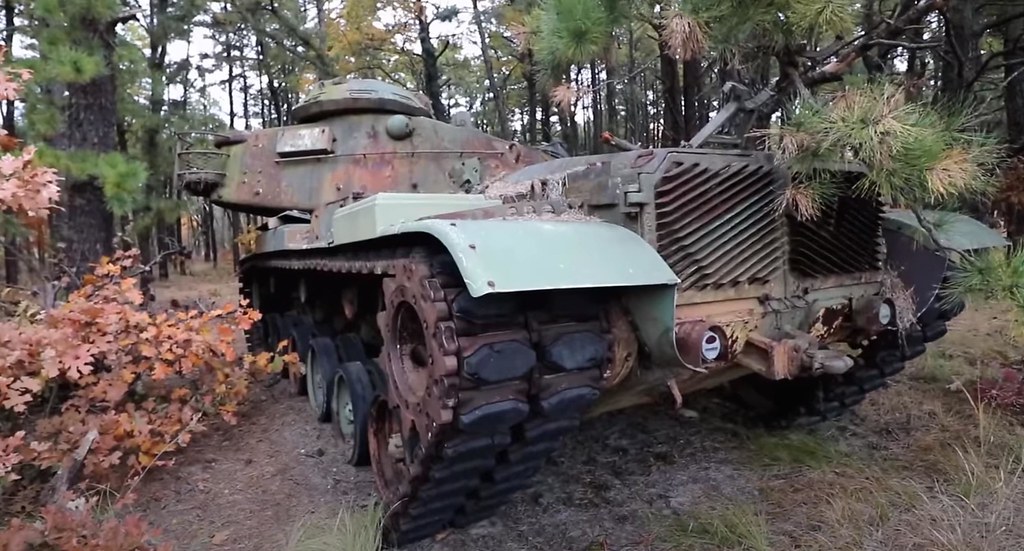 It’s even sadder to see this abandoned Bell UH-1H Huey nearby. Thanks to the license plate on the tail, I have located a website that indicates that it is 66-0750 (cn 5233), manufactured in Fort Worth, Texas, as a UH-1D in the mid-1960s and put into service in the US Army with registration 66-0750. In 1970 it was converted to a UH-1H, and transferred to Joint Base McGuire-Dix-Lakehust, New Jersey. 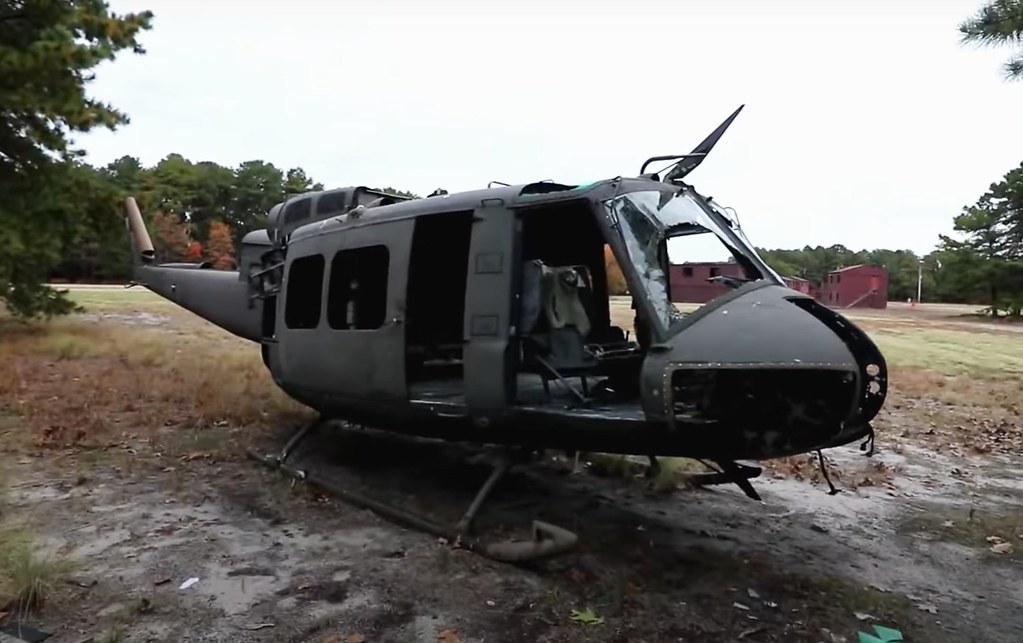 In 2017 this helicopter was photographed in the training field of that base, already without rotors and without an engine, with a license plate 66-16757 that, apparently, is false. There it goes. I do not know if that training camp is still active, since the author of the video accessed it without any problem.