In the place they have found destroyed military vehicles, ammunition and mines

Here we have often seen explorations of sites that were the scene of battles years ago, but never a place in a country that is still at war.

In recent weeks, the Ukrainian urban explorer Stepanets has published two interesting videos in which he travels to the vicinity of the old Chernobyl nuclear power plant, which, as you may remember, was occupied by the Russian invaders between February 24 and March 31. Here the first part:

And here the second part:

The two videos have comments in Russian (it is a language spoken by the Ukrainian population) and the subtitles have an automatic translation into Spanish, but it is somewhat deficient. In one of the videos, the Ukrainian explorer comments on the high risk of this activity: part of it was done at night and they could take him for a saboteur (bear in mind that there is a curfew in much of Ukraine due to the invasion). 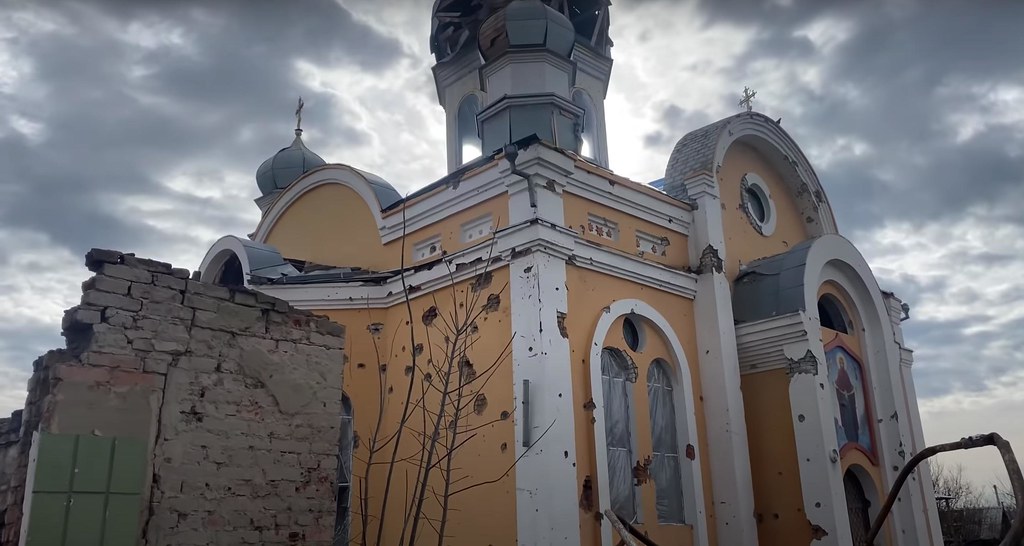 On the way to Chernobyl, the explorer passes the Church of the Great Martyr George the Victorious, near Irpín, in the kyiv region, which was bombed by the Russians on March 6. It is sad to see the little respect shown for a sacred place (an Orthodox Christian temple, to be exact) by invaders who claim to have that religion. 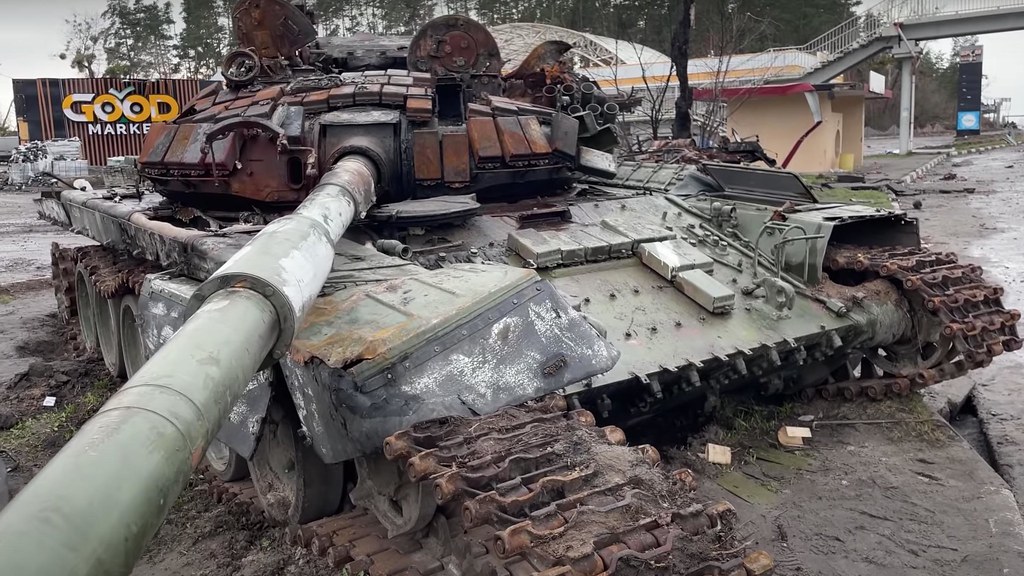 In the first video, destroyed tanks can be seen by the roadside, something that has already become a regular part of the Ukrainian landscape since February 24. 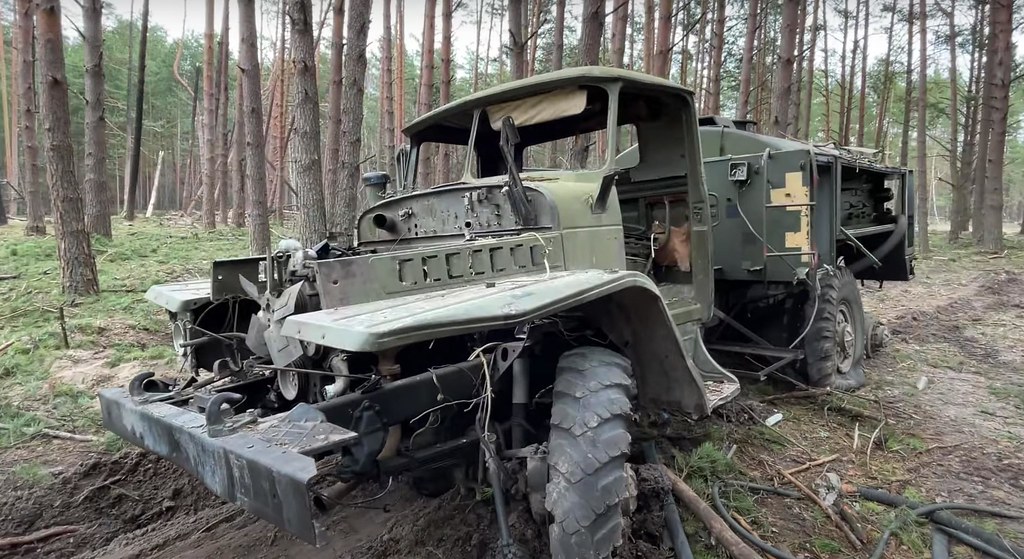 Near the Russian military camp, in the second video, they find a tanker truck of the Ukrainian Army, destroyed. 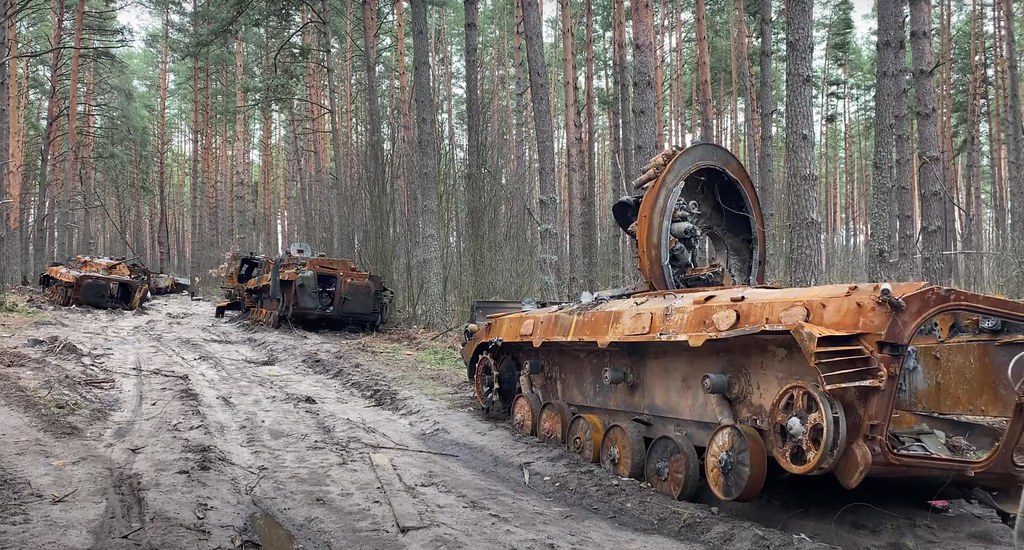 They also appear in the second video, these destroyed BMP-2 infantry fighting vehicles appear (I don’t know if they are Russian or Ukrainian, they are burned and the paint is not distinguishable). 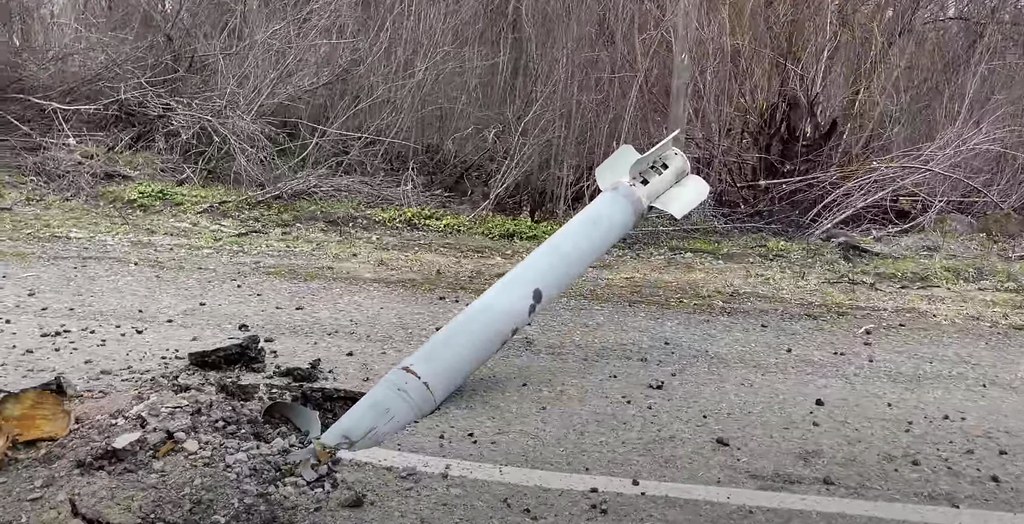 Another sign of how dangerous the area has become: an unexploded rocket embedded in the asphalt of a road. 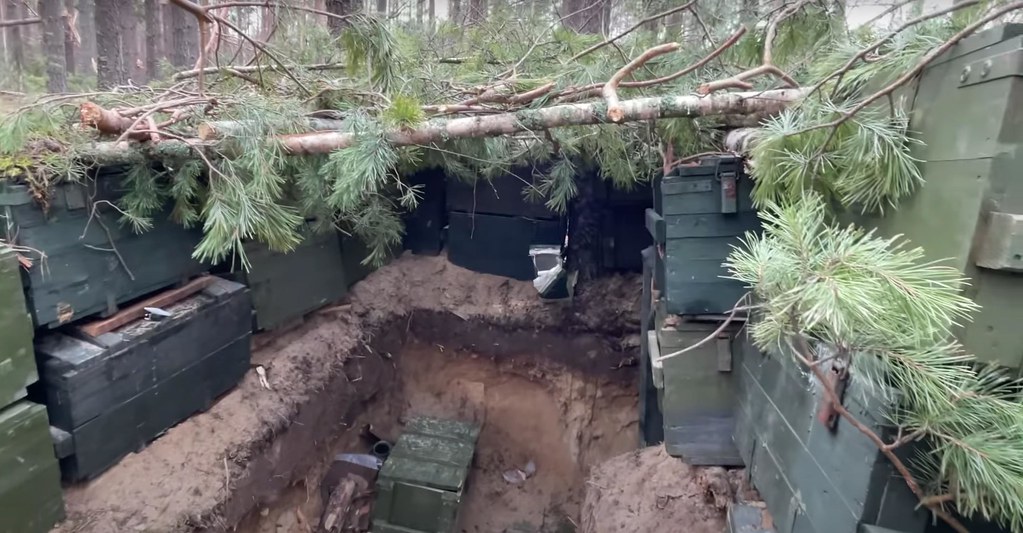 In the abandoned Russian camp they find boxes of ammunition and also remains of combat rations, as well as unused landmines. Stepanets inserts a rod from time to time in the ground in case they find buried mines. 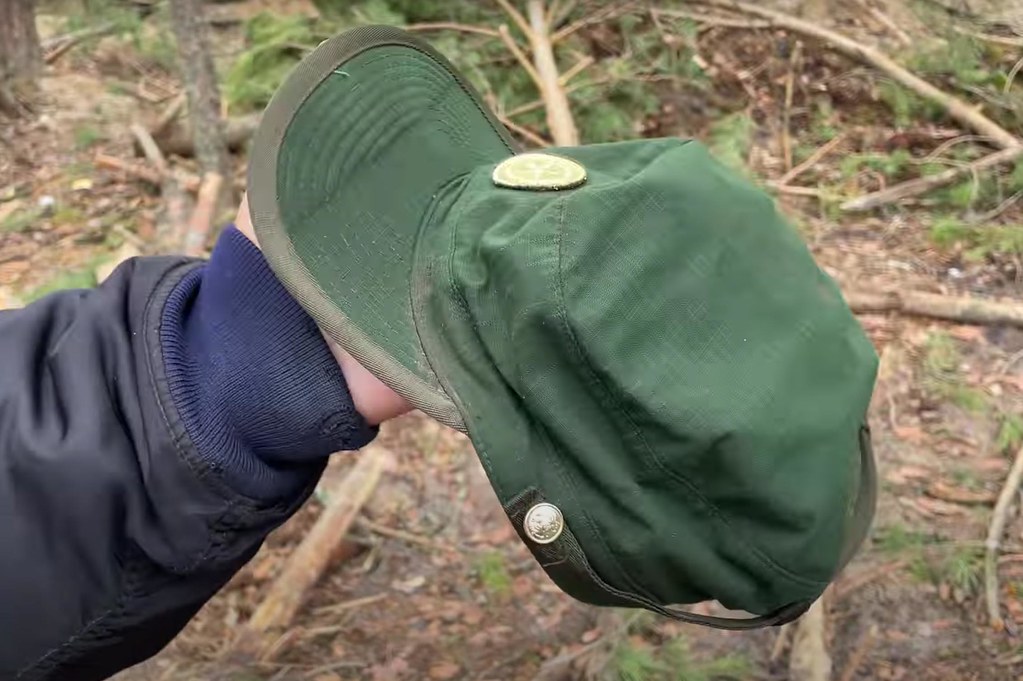 Another remnant of the abandoned Russian camp: a Russian Army cap left there by the invaders. With a somewhat outdated aspect for the current times, by the way… 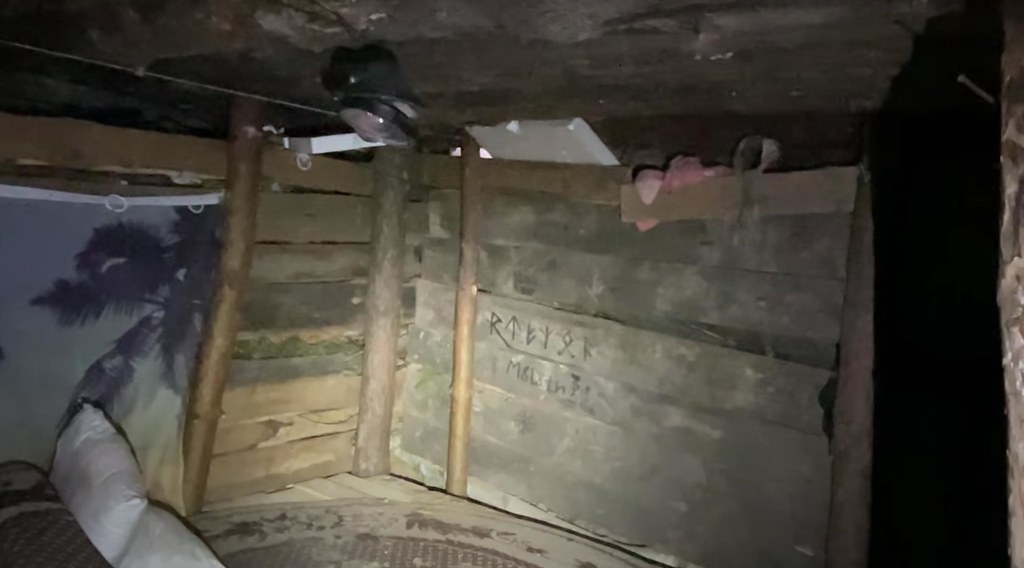 Inside the Russian military camp, Stepans finds some runes and the text “M8L8TH”, the name of a Russian neo-Nazi music group. And they invaded the Ukraine with the cynical excuse that they were going to “denazify” it…