The interior of the B-29 ‘Bockscar’, the bomber that dropped the atomic bomb on Nagasaki

The Boeing B-29 Superfortress was a heavy bomber built during World War II and of which almost 4,000 units were manufactured.

The B-29 was widely used during the military bombing of Japan in the Pacific theater during that war. Without a doubt, the most famous of all the B-29s were 44-86292 “Enola Gay” and 44-27297 “Bockscar”, which were the ones that dropped the atomic bombs on Hiroshima and Nagasaki, respectively. Both aircraft are still preserved. The “Enola Gay” is at the Steven F. Udvar-Hazy Center in Chantilly, Virginia (USA), while the “Bockscar” is at the National Museum of the United States Air Force, in Dayton, Ohio.

Precisely, the USAF National Museum today published a video showing the interior of the “Bockscar”, an aircraft that was delivered to the USAAF on March 19, 1945, being assigned to the 393rd Bomb Squadron, a unit that still exists (currently uses the B-2 Spirit). The flight that made him famous took place on August 9, 1945, carrying the “Fat Man” atomic bomb. The plane was piloted by Major Charles W. Sweeney. After the war, in 1946, the aircraft was sent to the Davis-Monthan AFB aviation graveyard, where it remained until 1961, when it made its last flight from there to the USAF National Museum, where it has been on display ever since.

As can be seen in the video, the left side of the plane retains a drawing alluding to its bombing mission over Nagaski: 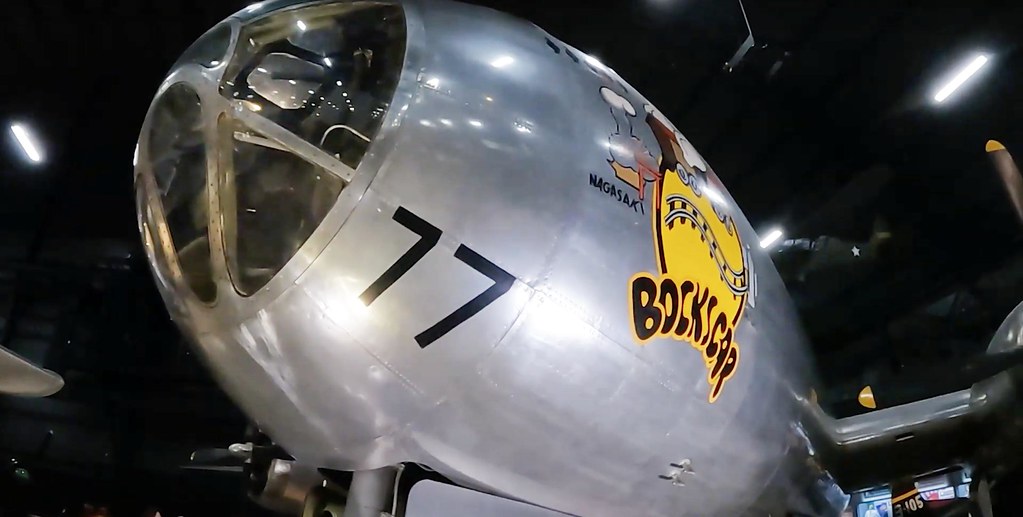 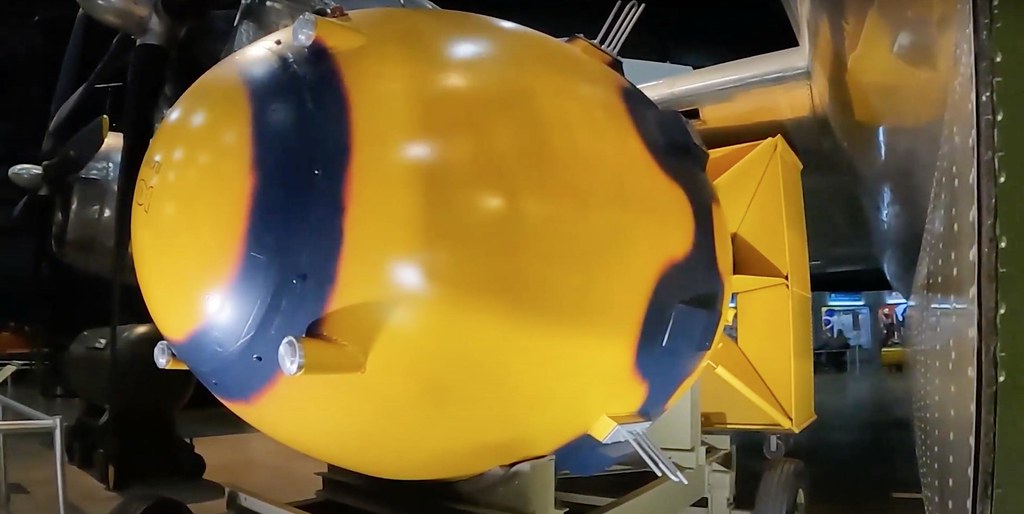 The video shows in detail the plane’s bomb bay, which housed the original “Fat Man.” 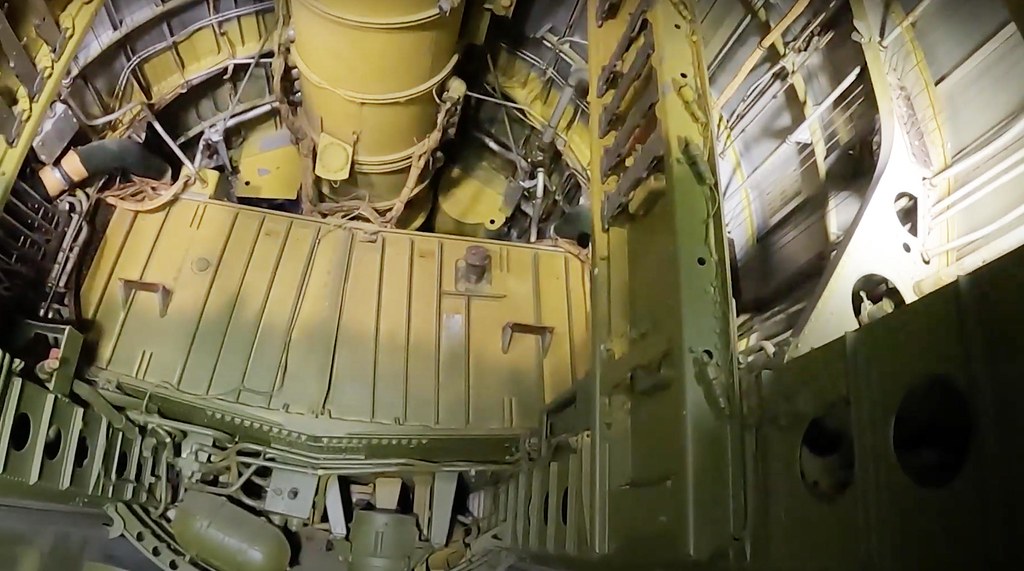 And here you can see a picture of the cockpit. On the left sits the pilot, on the right the co-pilot and in front of them the bombardier (the one in charge of indicating the moment of launching the bomb). This last position is currently occupied by a mannequin in a uniform of the time. 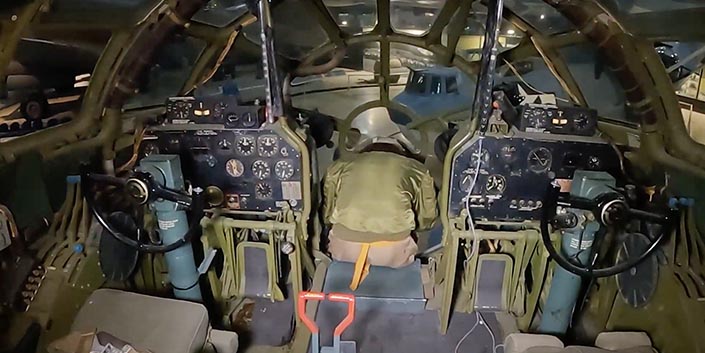