Impressive footage released by the 93rd Brigade of the Ukrainian Army

The Russian invasion of Ukraine is giving rise to truly amazing images of the destruction of battle tanks by anti-tank missiles.

Russian tanks have three major flaws. The first is poor armor on top of its turret, a vulnerability exploited by the FGM-148 Javelin anti-tank missiles attacking precisely from above. The second defect is the poor protections of some of the most numerous Russian tanks, such as the T-72B3 and the T-80, useless protections against modern anti-tank weapons and explaining the documented loss of 926 Russian tanks in these 5 months of invasion.

The third and most serious vulnerability of Russian tanks, its true Achilles' heel, is the automatic loader and without protection in the base of the turret. Unlike Western tanks, which house their ammunition in an armored compartment at the rear of their turrets, Russian tanks house shells and projection charges separately at the base of their turrets, so that any projectile that manages to penetrate inside the car, even if by its own action does not cause serious damage, can give rise to catastrophic effects if it manages to set fire to the interior of the vehicle and ignite the projection charges.

The best-known effect of this Achilles' heel is the classic image of a Russian tank turret flying through the air, powered by the ignition of its own projection charges when hit. But sometimes the effects are even more catastrophic, as we can see in a video published today by the 93rd Mechanized Brigade of the Ukrainian Army, in which a Russian T-90 appears suffering a brutal explosion after being hit by a Javelin:

Here we can see some screenshots of the video. In the first one we see smoke coming out of the tank, probably after the impact of the Javelin. It seems that the tank initially withstood the impact of the missile, but it managed to penetrate the armor and set fire to the interior. 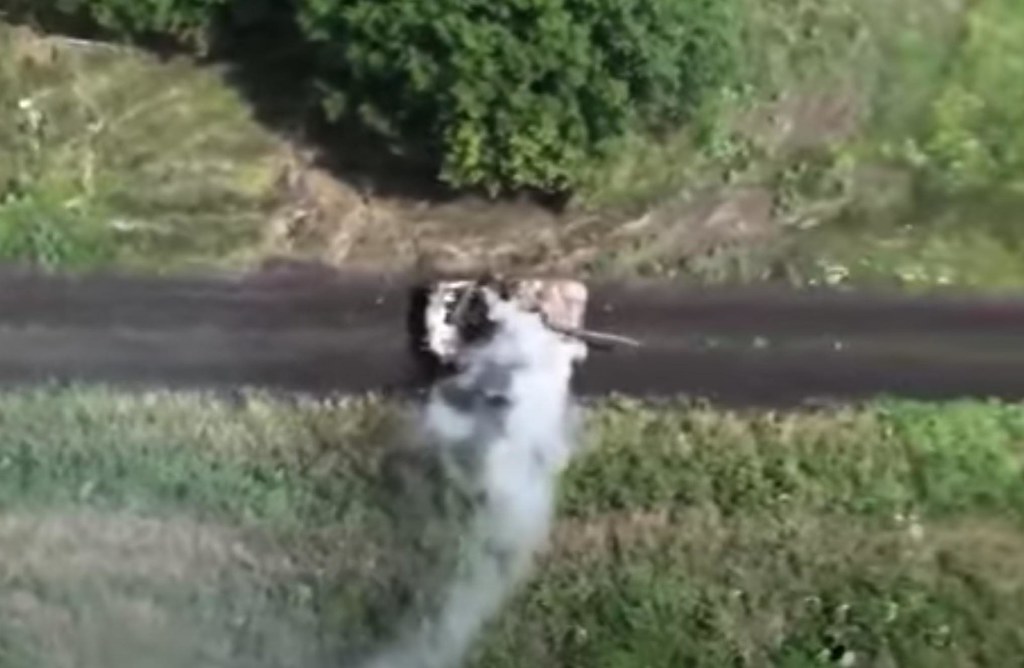 The beginning of the explosion, with fireballs launching in various directions. The powerful explosion would be caused by the ignition of the projection charges due to the fire. 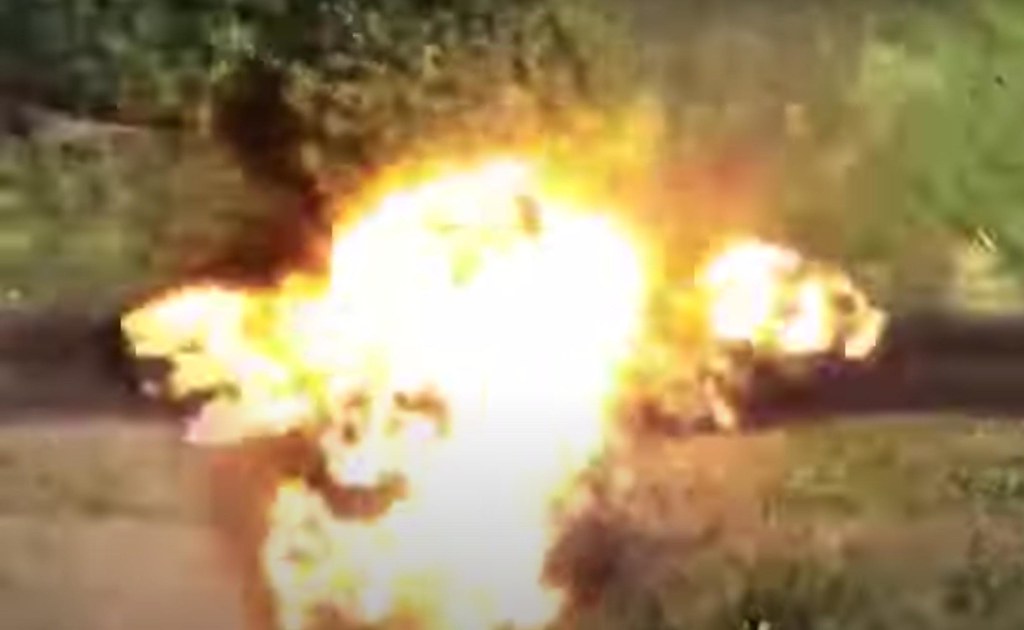 The Russian tank is blown apart in all directions. At the top center you see a shape that appears to be the turret. 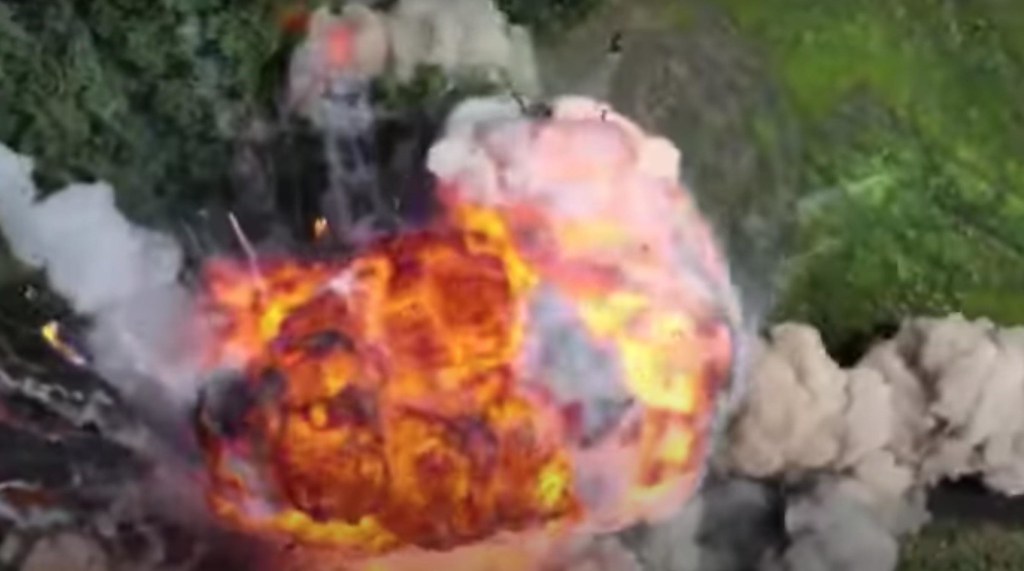 The mushroom of smoke caused by the explosion. An impressive image that gives an idea of the power of the detonation. 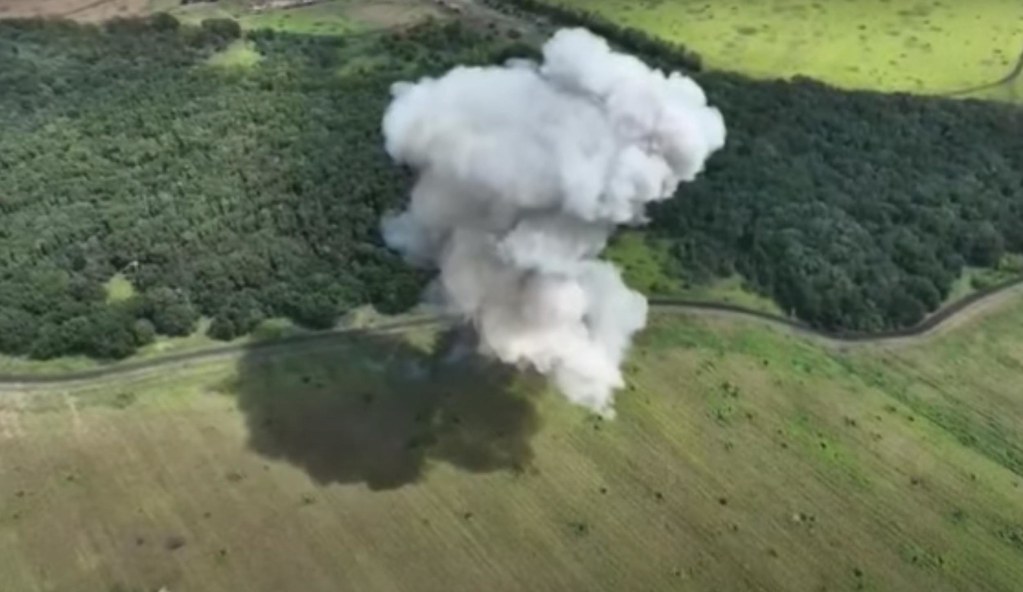 You can see here the video we saw three months ago and that explains how the automatic loaders of Russian tanks are:

The first model (T-72 and T-90) carries projection loads horizontally. The second (T-64 and T-80) carries them vertically, face down. In both cases, the charges are not protected by any armor, which causes effects like the ones we have just seen.