At least seven Russian fighters and attack planes were destroyed

This Tuesday we saw the images of the large explosions at the Russian Saki air base, something that Russia attributed to detonations in ammunition depots.

Ukraine made fun of the Russian explanation, advising the invaders that security regulations prohibit smoking in certain places, while a Ukrainian official confirmed to The New York Times that it was of an attack by Ukrainian forces with "a device exclusively of Ukrainian manufacture". This afternoon, journalist Christopher Miller has released a series of satellite images taken by Maxar showing Saki Air Base before and after those explosions. You can see these images below (click on each image to see it enlarged). 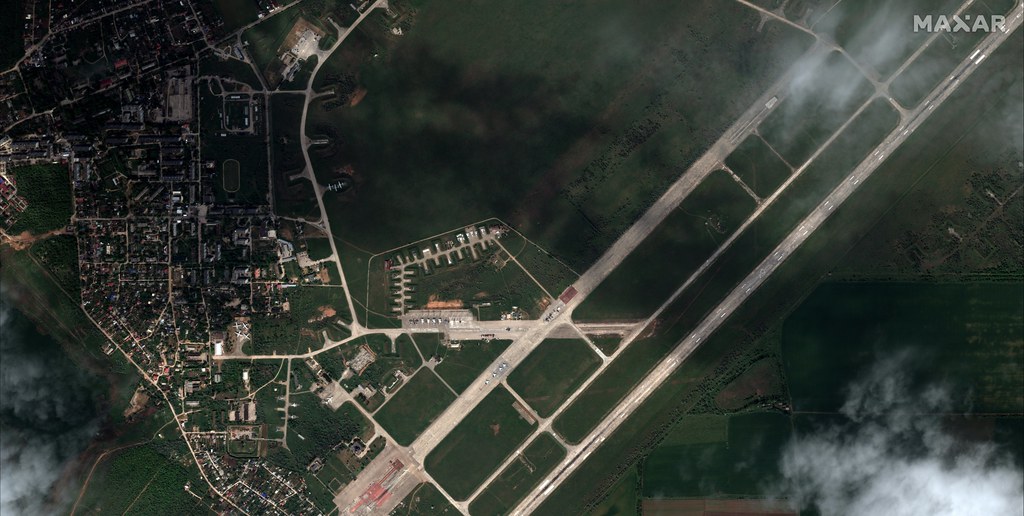 In this first image, taken before the explosions, 22 Sukhoi Su-24 attack aircraft can be seen at different points of the base (they can be distinguished by their variable geometry wings), in addition to 11 Sukhoi SU-30 fighters, 7 transport planes of various models and an executive transport plane. 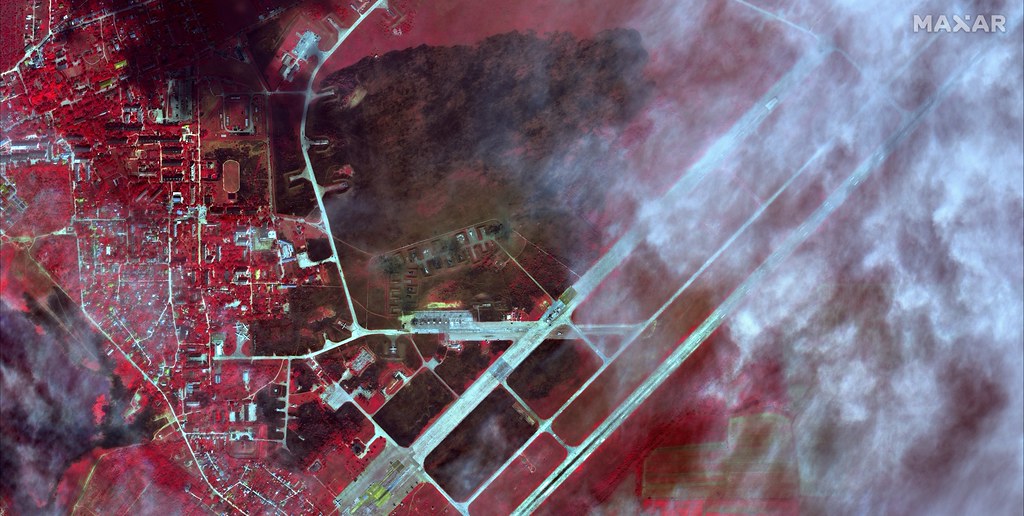 An infrared image of after the explosions. 7 of the planes appear destroyed (all of them Su-24 and Su-30). In addition, it is noted that most of the fighters and attack aircraft have been removed from the base (some reports have indicated that most of the surviving aircraft were taken to the Gvardeyskoye air base, north of Simferopol, also in Crimea). There is one thing that is striking about this image and it is that a large part of the surface of the base appears burned (in black). In addition, in some of the tracks there are scorched areas but there are no aircraft wreckage. Had they been removed already? 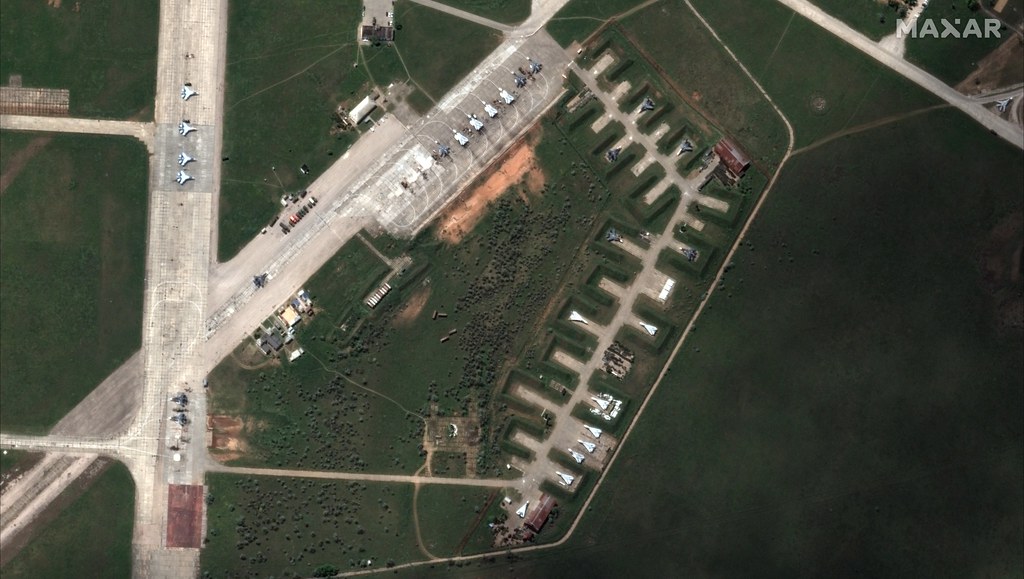 In this other image from Maxar we see the parking of fighters and attack planes north of the Saki runway, before the attack. 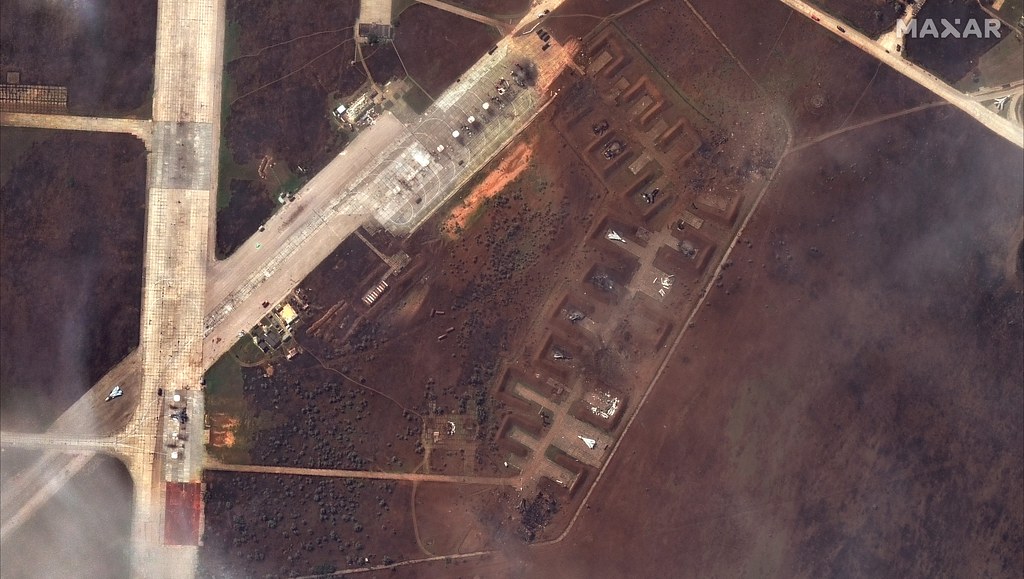 The same area of the base after the attack. According to Christopher Miller, this photo was taken in natural light. Comparing it with the previous one, the effects of the fire are observed in the entire area surrounding the runways and aircraft parking lots. The green grass from before now has a brown or blackish appearance. Below you can see an analysis of this photo in which all the planes are circled (in red those that are destroyed, in green those that seem intact): 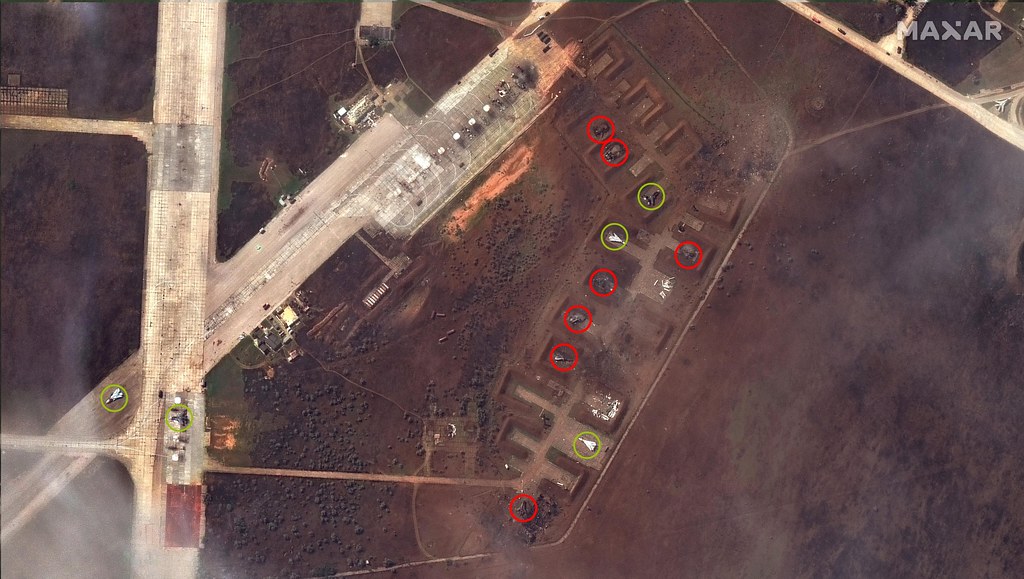 With red circles appear the 7 destroyed planes: 3 Su-24, 3 Su-30 and another plane that is more difficult to distinguish because of how destroyed it is (it is surely a Su-24). Additionally, OSINTtechnical notes that this image shows three craters of impact (which does not match the Russian version). The warehouse on the corner of the parking lot has been razed to the ground. 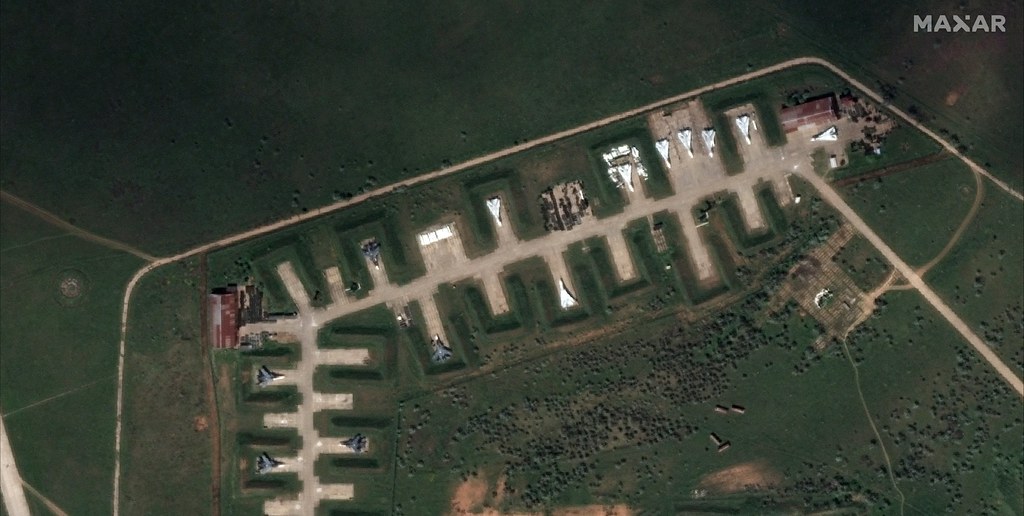 Another image of the aircraft parking area, taken on May 16. On the left is the warehouse that was destroyed on Tuesday. 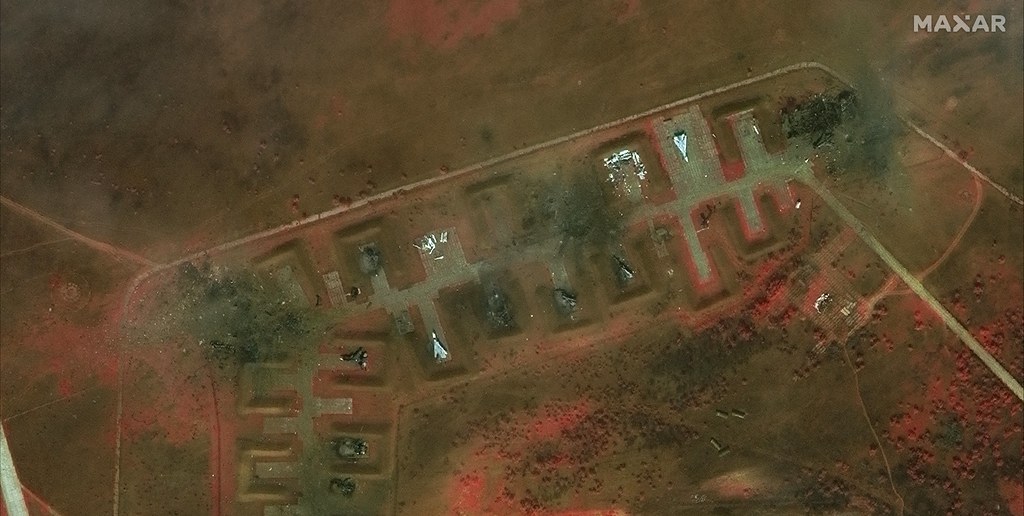 The same area of the base after the explosions this Tuesday. Below you can see the same image with the planes marked with circles: 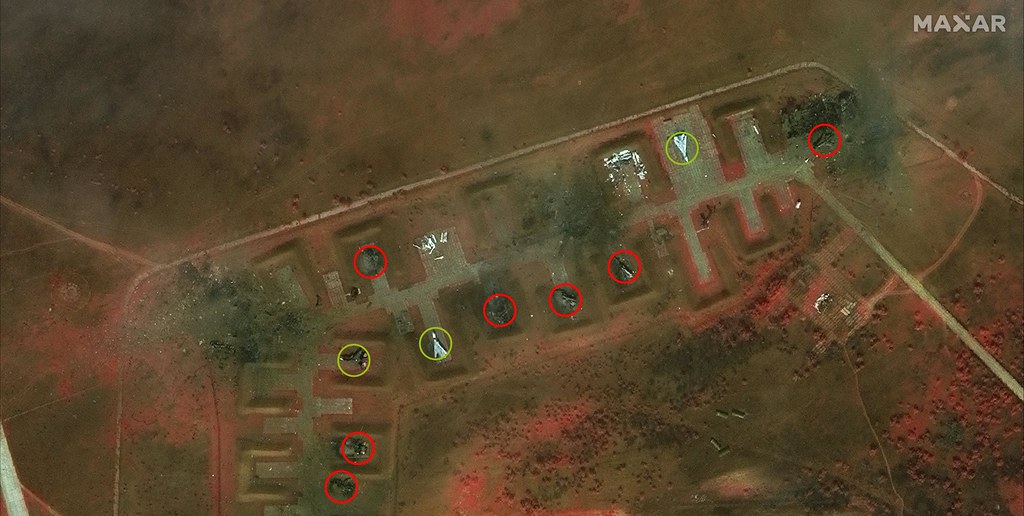 These images show the serious damage suffered by the Saki air base on Tuesday, which will possibly affect the operation of Russian military aviation in the area of southern Ukraine, which is the one covered by the fighters and attack planes stationed at this base. However, the tracks do not seem damaged, so the base could continue to be active.