The movie "Top Gun Maverick," released in May as a sequel to the 1986 hit "Top Gun", has been a huge success in many countries.

As with the first film, "Top Gun Maverick" has increased the interest of many people in combat aviation, and the air forces of several countries are using this feature film to advertise and publicize the work they do. One of those countries is Japan. One of the F-15J Eagles of the 306 Hikotai of the Japan Air Self-Defense Force (JASDF), based in Komatsu, has been decorated in the livery of the F/A-18E Super Hornet of the protagonist of "Top Gun Maverick". The first images of this aircraft, 52-8951, were released on September 2 on the official JASDF Twitter account. More photos of this aircraft were posted yesterday. 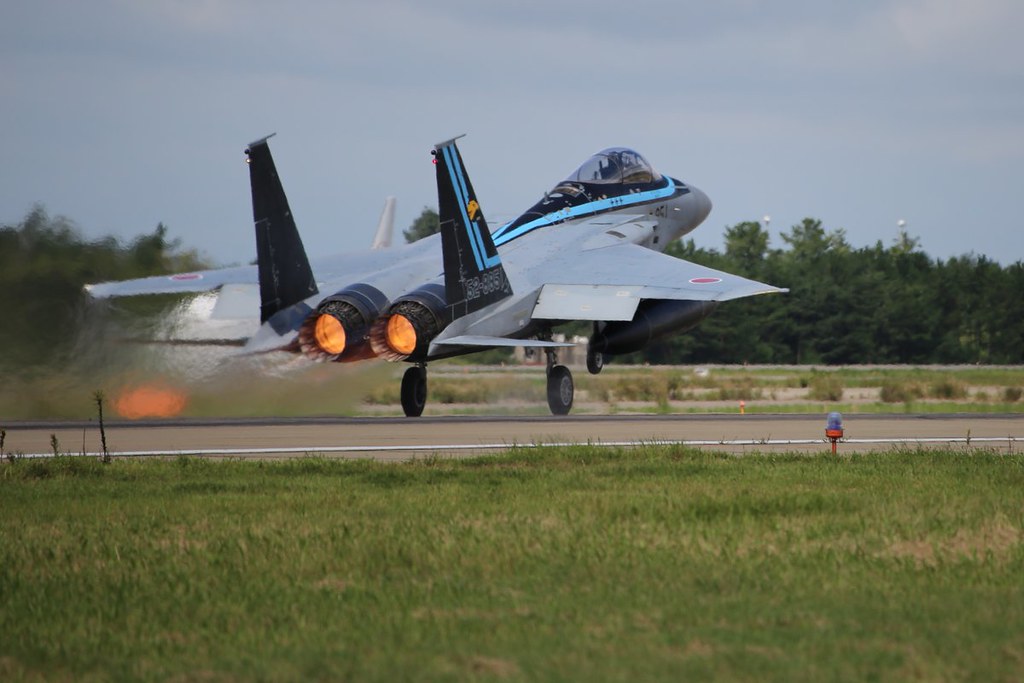 The decoration copies that of Maverick's fighter in the film, but putting the emblem of the 306 Hikotai (an eagle's head) on the wings of the fighter, instead of the emblem of the Naval Strike and Air Warfare Center (current name of the US Navy's hunting school popularly known as "Top Gun"). 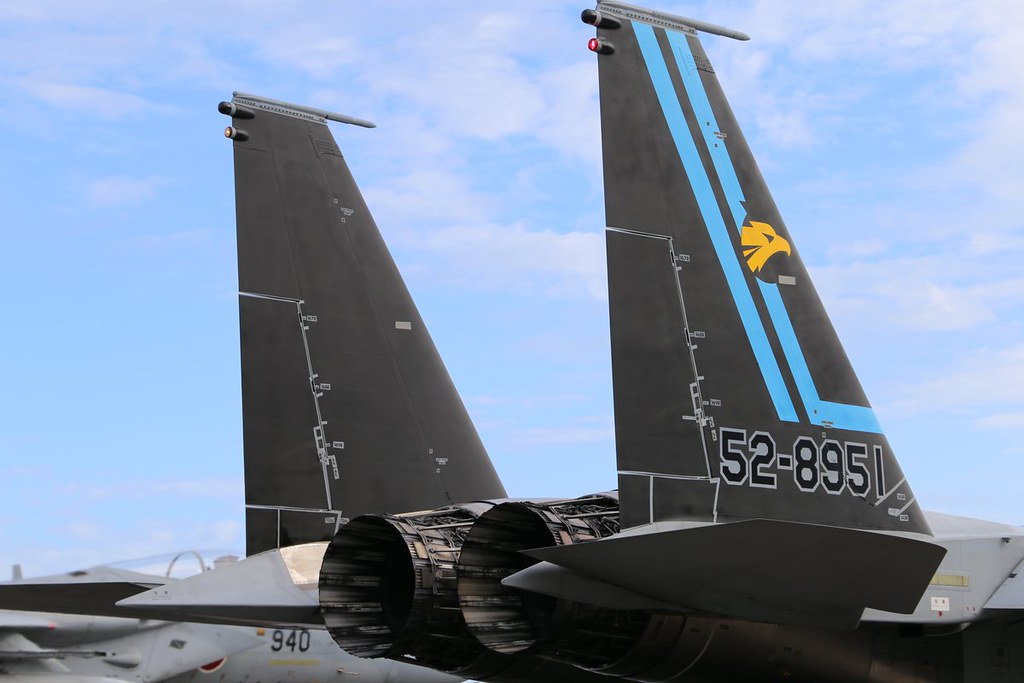 For the rest, the name of Captain Pete Mitchell "Maverick" (character played by Tom Cruise in the aforementioned film) appears inscribed next to the cockpit of the Japanese fighter. Here we see a photo released yesterday in which Natsuko Toda is in the pilot's seat. This woman is known as the "Queen of Subtitles" in Japan, as she has subtitled more than a thousand films of American origin. 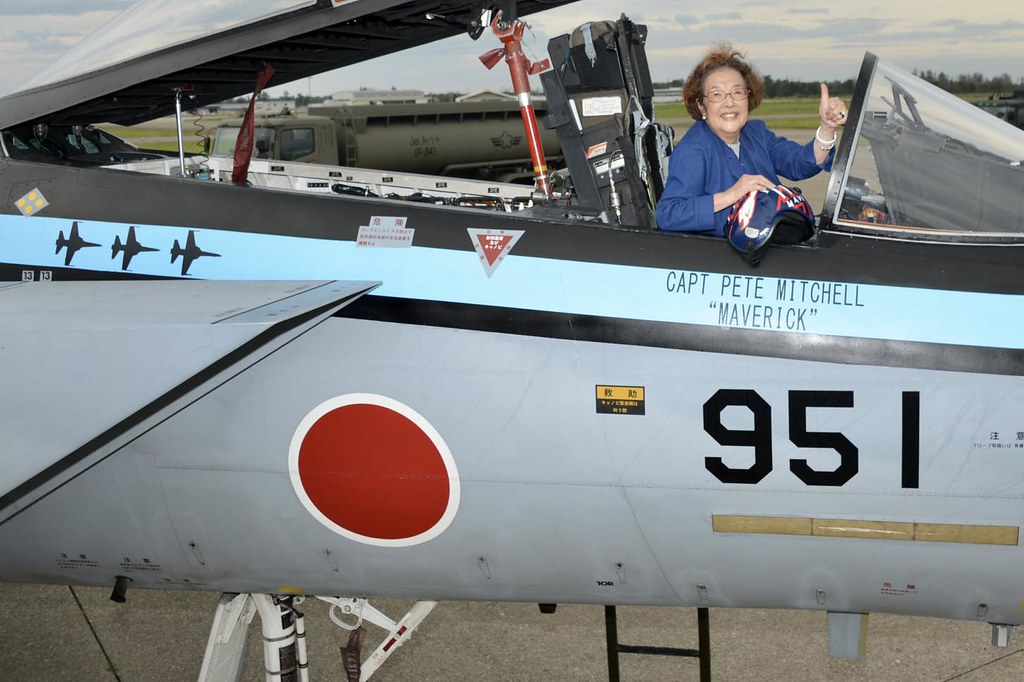 As you can see in the photo above, marks from Maverick's three takedowns in the 1986 film have also been painted on. The silhouettes represent three Northrop F-5, an American fighter that in that film received the fictitious name of MiG-28. You can see under these lines another photo of this F-15J released today by the JASDF, in which we see staff from 306 Hikotai along with Natsuko Toda and Toshimichi Nagaiwa, subtitle supervisor. 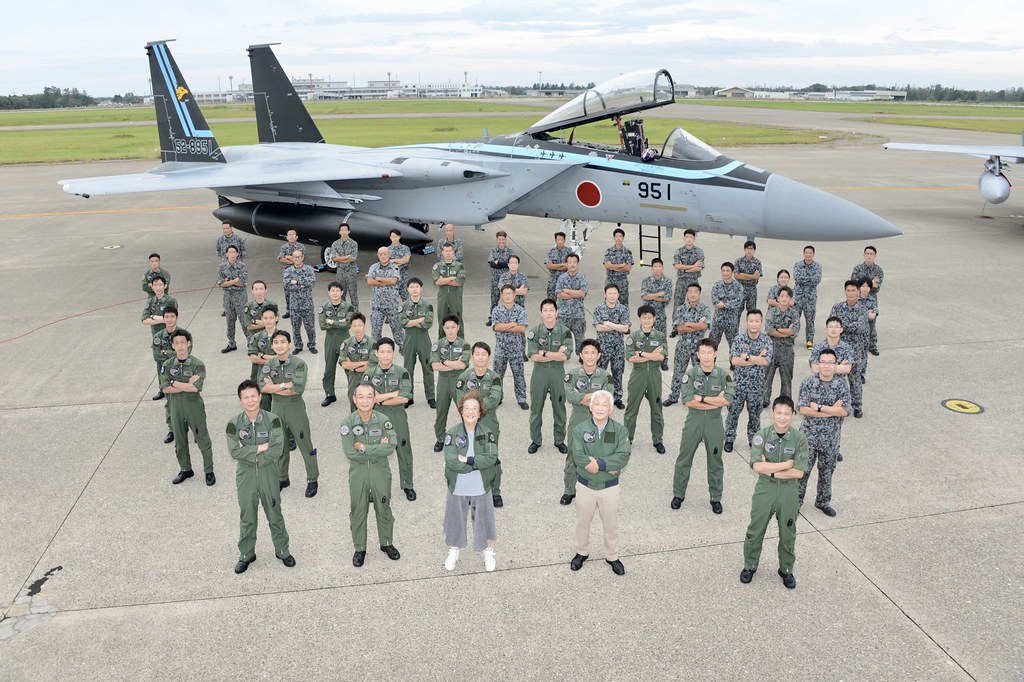 The F/A-18E Super Hornet is a great plane, but the F-15 Eagle has been my favorite fighter since I was a kid, so I'm delighted to see these images. If you want to see this F-15J in action, Tonkatsu298 has released images of that fighter at an exhibition held at Komatsu Air Base: