The Russian invasion of Ukraine is showing two very different ways of fighting a war. The images released in the last few hours attest to this.

Since last weekend, we have seen Russia attack civilian targets, from residential buildings to the Taras Shevchenko National University in kyiv (where Russia has launched a missile against the department of Russian Philology), including power plants, in an attempt to sow terror among the Ukrainian population. Russian strikes this Monday killed 20 people and injured 108, damaging a total of 45 homes. 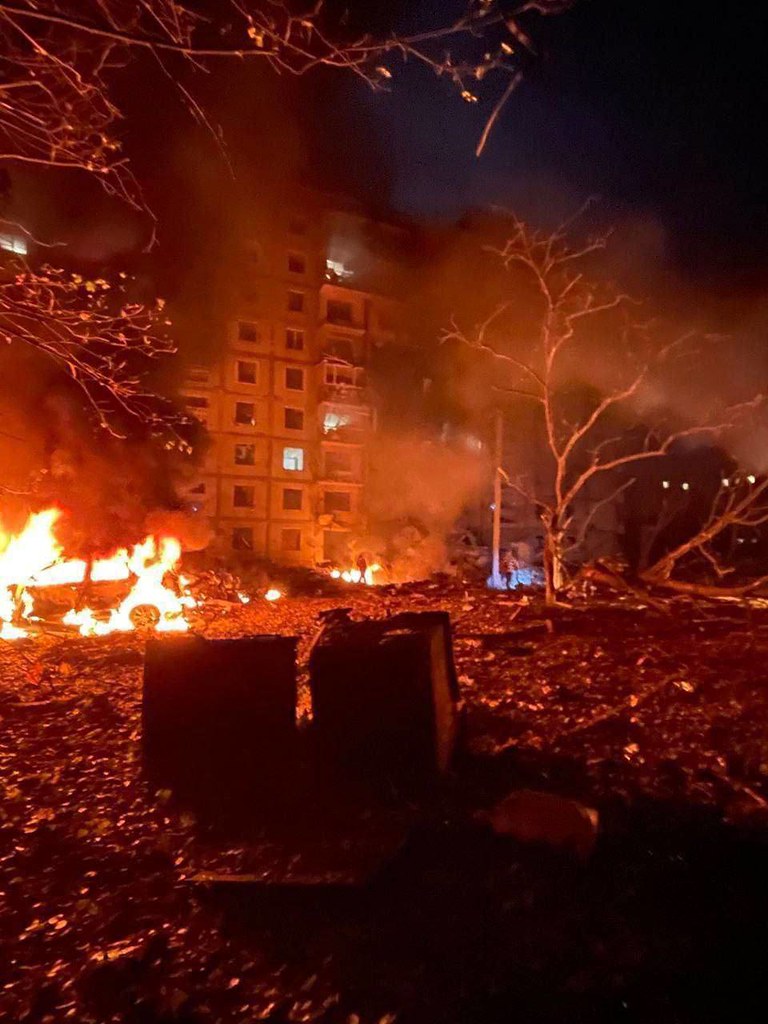 Residential building attacked by the Russians in the city of Zaporizhia last Sunday (Photo: Ministry of Defense of Ukraine).

In the last few hours, the most outrageous attack by the Russians has targeted a playground in kyiv, a place that is usually very crowded, was attacked by a Russian missile early Monday morning. A large crater caused by the impact has remained on the site. 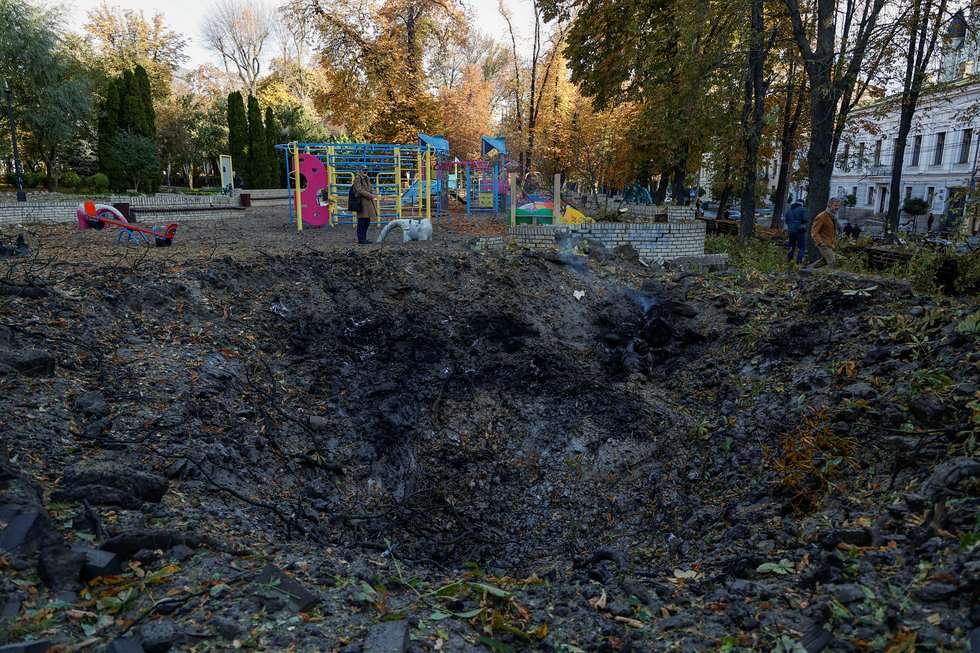 While Putin uses outdated and inaccurate weapons to wage war against children, housewives, the elderly and families, who are now hiding in bomb shelters to protect themselves from Russia's terror campaign, the Ukrainian Army has shown today the precision with which it uses Western-supplied weaponry to contribute to its defense, including multiple rocket launchers and artillery capable of locating targets using GPS. The video has been published by the Ukrainian Special Operations Forces, which guide the Ukrainian artillery through the use of drones:

You can see here some captures of the video that offer interesting information. In the video we see columns of Russian military vehicles. 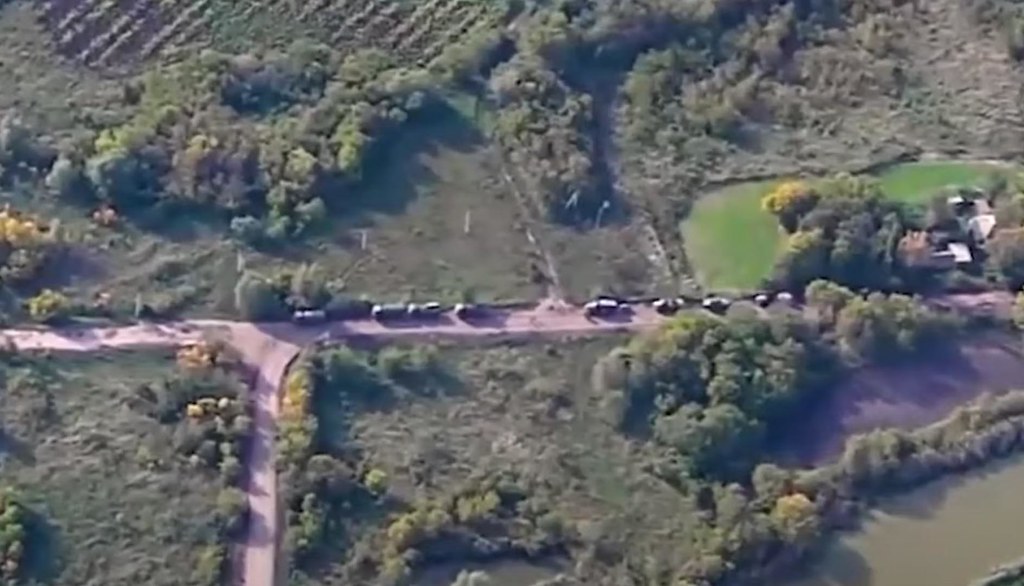 Thanks to the guidance of the Special Forces, this is how the Ukrainian artillery leaves the vehicles of the Russian army: 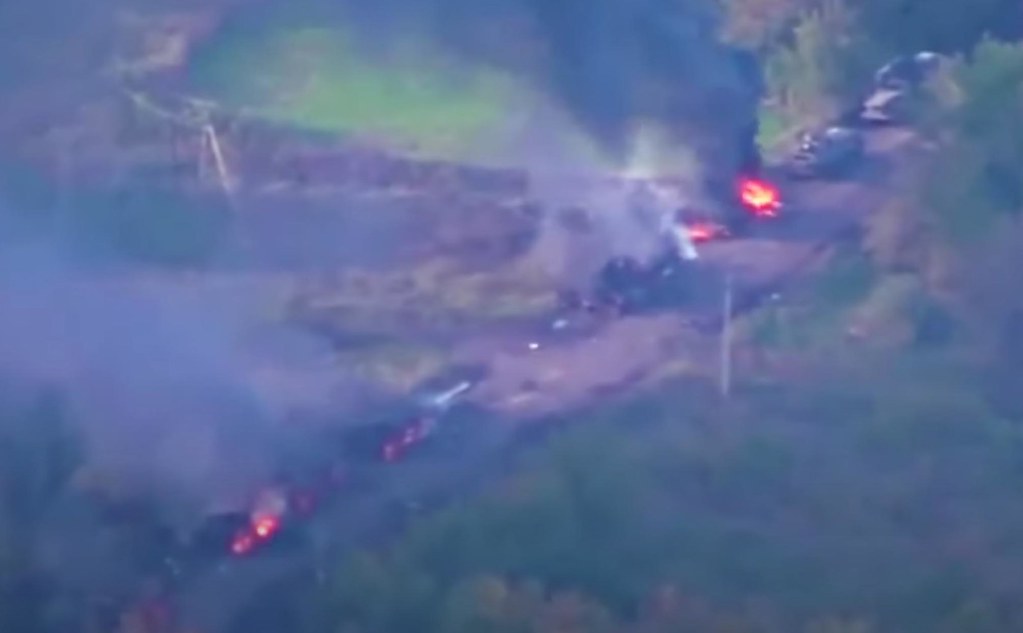 Also featured in the video are Russian BM-21 Grad multiple rocket launchers. The image is especially significant, because if you look closely, two of the trucks are towing the other two, perhaps due to mechanical failures or faulty maintenance of the vehicles (some logistical problems that are being seen since the beginning of the invasion). 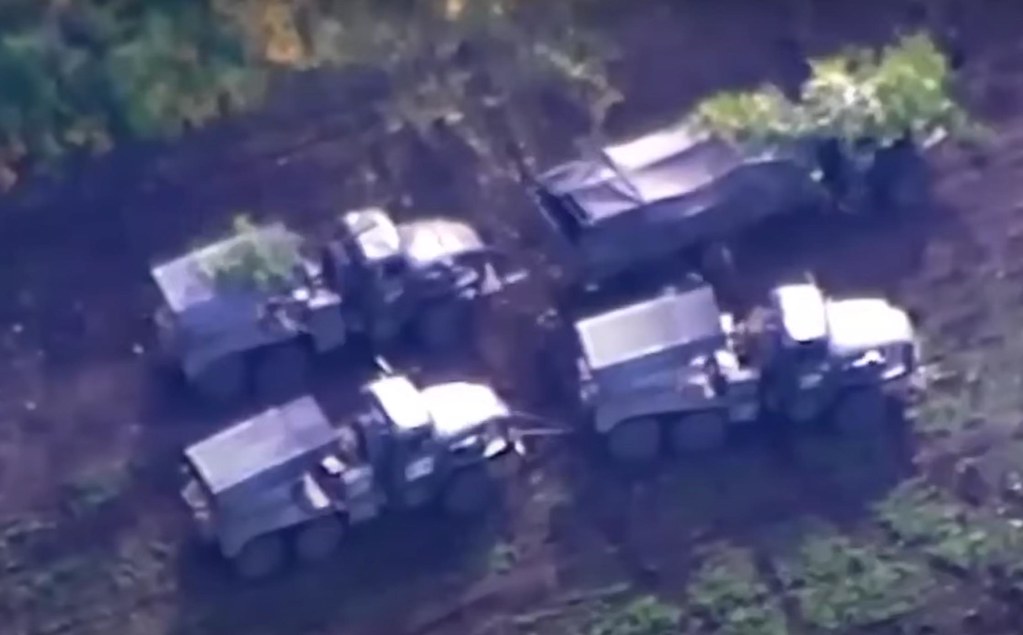 The poor condition of these vehicles hinders their mobility, and this has fatal consequences for the Russians. In this image we see a Russian truck towing a BM-21 Grad hit by Ukrainian artillery. They hit the engine hard, rendering the vehicle unusable and also the Grad it was towing immobile (that's killing two birds with one stone). Another BM-21 Grad is seen towing an identical vehicle, this time with the engine cover raised. It does not appear to have been hit. 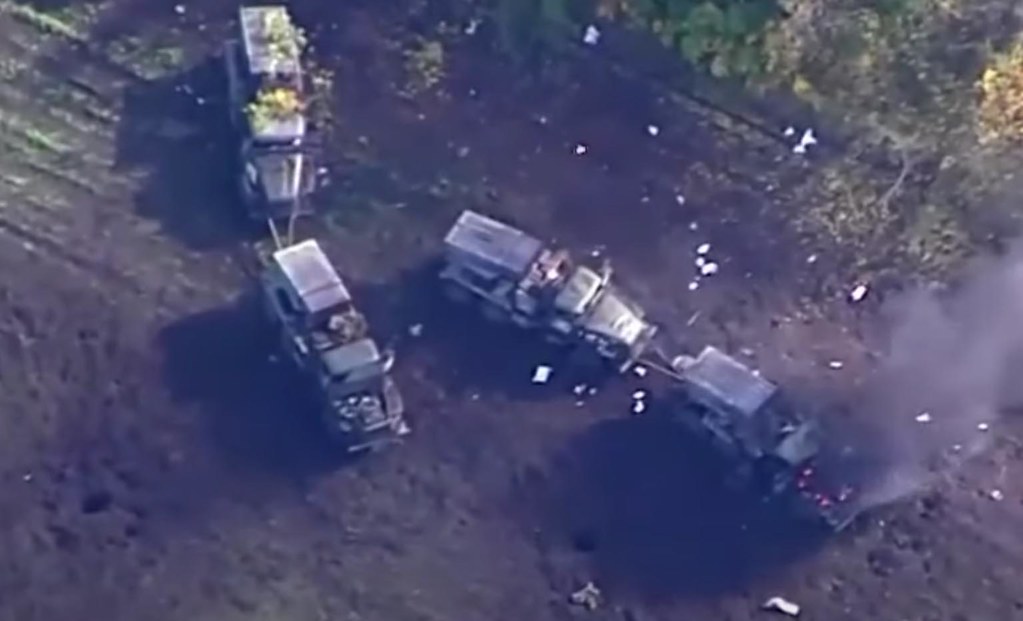 Another significant image of the video is that of these Russian BM-30 Smerch multiple rocket launchers trying to hide in a forest. It has not helped them at all: the Ukrainian drones have located them. 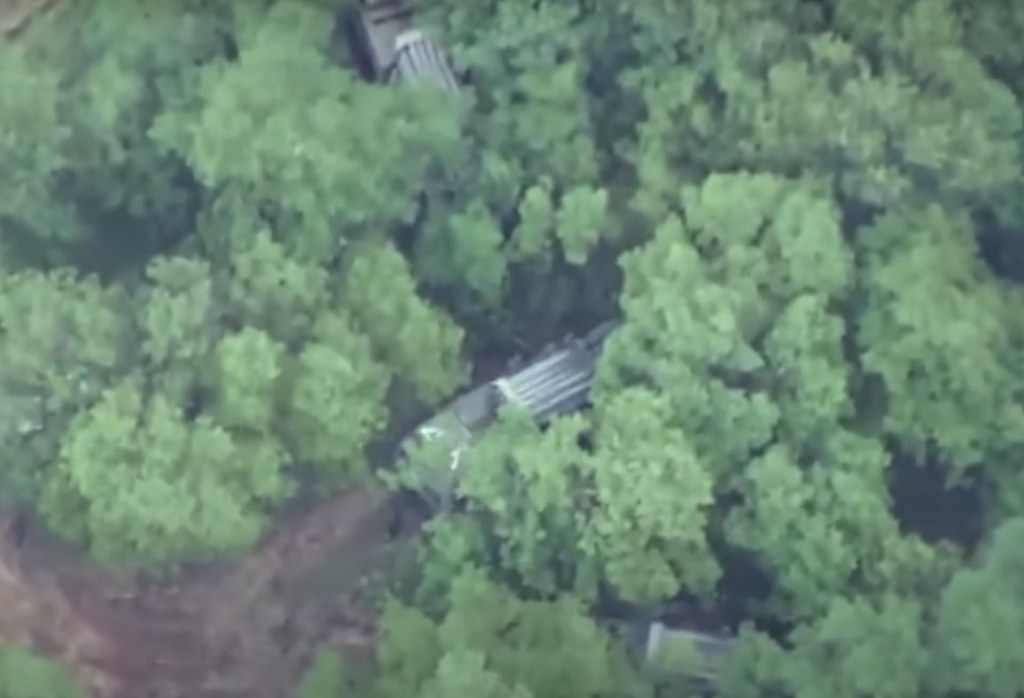 After detecting the enemy, the Ukrainian artillery attack arrives, leaving the BM-30 destroyed. 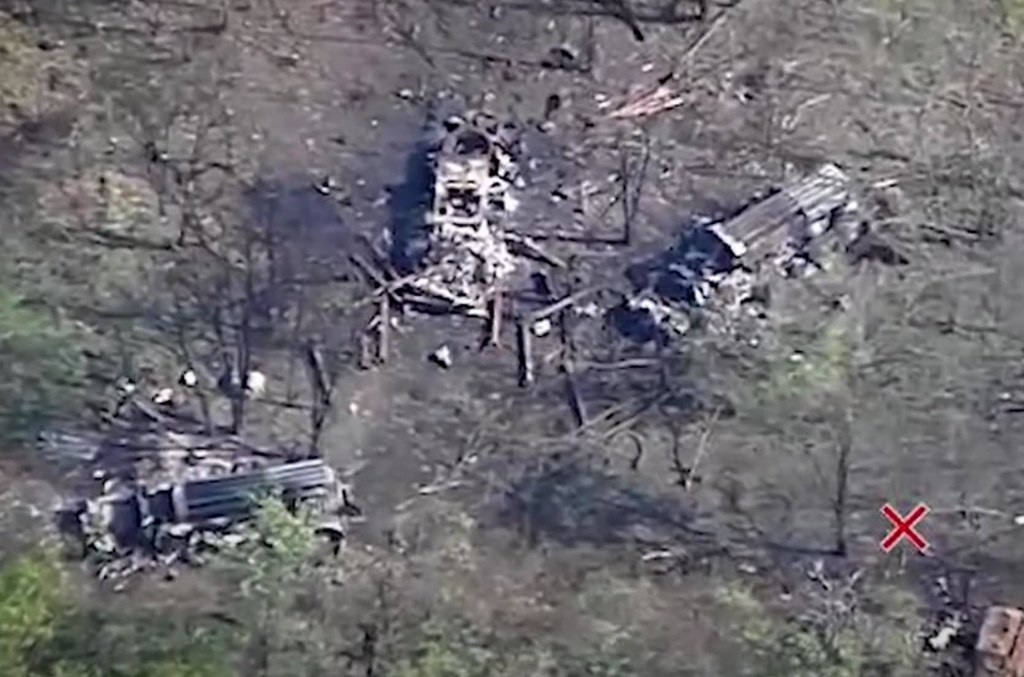