Veterans of the World War I are buried in the graves

Anyox: an abandoned military cemetery in a remote ghost town of Canada

Large countries like Canada and the United States have numerous abandoned towns, in many cases former mining operations.

In the past few days, Exploring with Wade has posted two very good about Anyox, one of Canada's largest ghost towns, located in a remote part of British Columbia, very close to the Canadian border. This town, inhabited by Europeans since the 18th century, was an important mining operation from which large quantities of copper were extracted. However, the depression of 1929 brought this town into decline. Finally, it was abandoned in 1935. Here is the first of the videos:

And here the second:

You can see below some screenshots of the videos, with some details that have caught my attention. One of the most surprising details is Falls Creek, a large multiple arch dam built with reinforced concrete between 1922 and 1924 and abandoned in 1935. Before its abandonment, it was bored to let the water pass and that some flood would not cause an overflow. 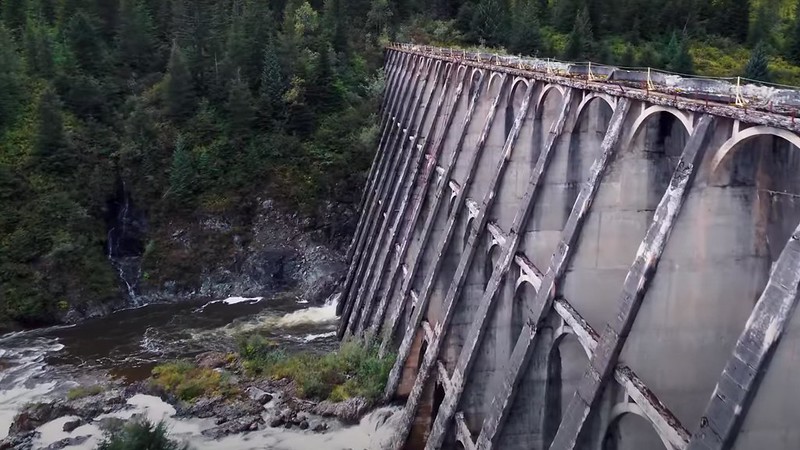 The old Anyox power plant, with the remains of its old machinery. 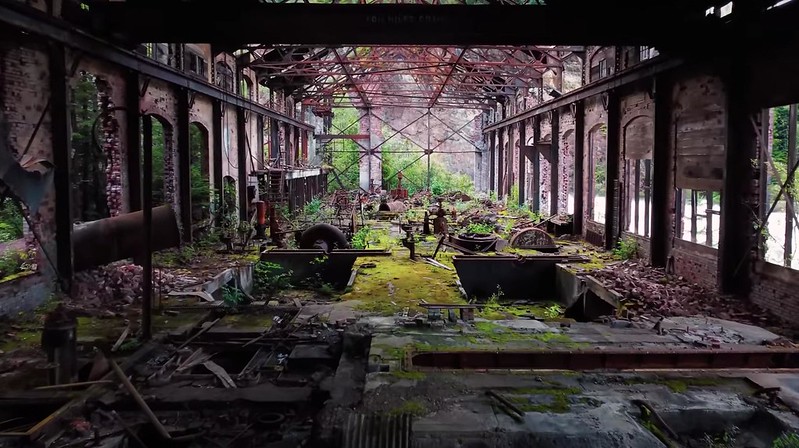 One of the most impressive sequences of the first video is this overturned mining train, near one of the mine entrances. It is as if we are seeing a post-apocalyptic scenario. 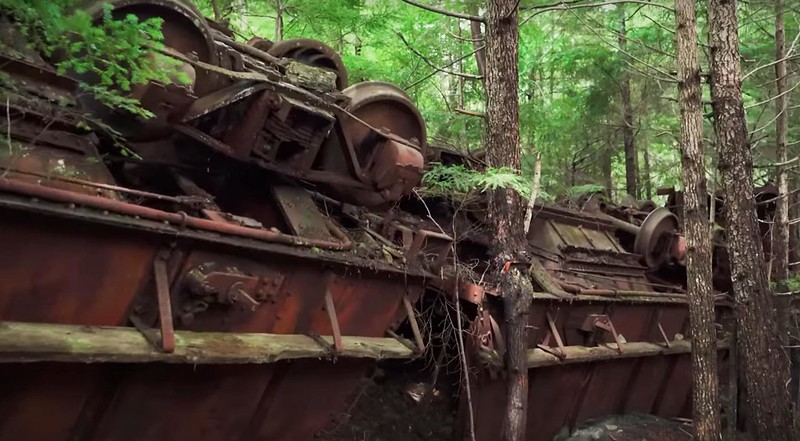 In the first video we see some images of the Anyox cemetery, which appears in more detail in the second video.

One of the tombs is tilted and seems to have been dug out of the ground, perhaps due to a landslide caused by the rains. 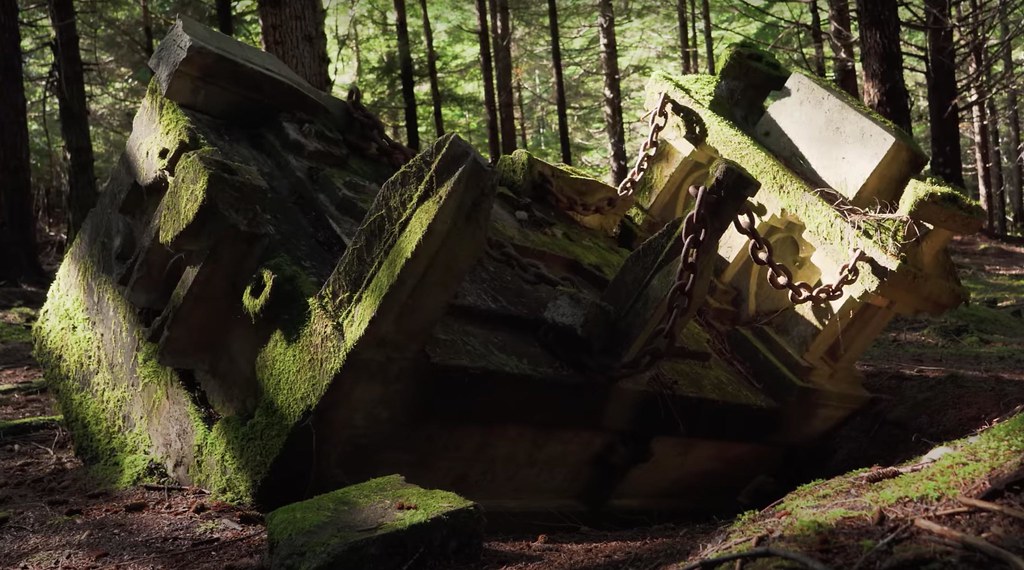 Veterans from Anyox who fought in the World War I are buried in the cemetery. It is sad to see these tombs so abandoned. 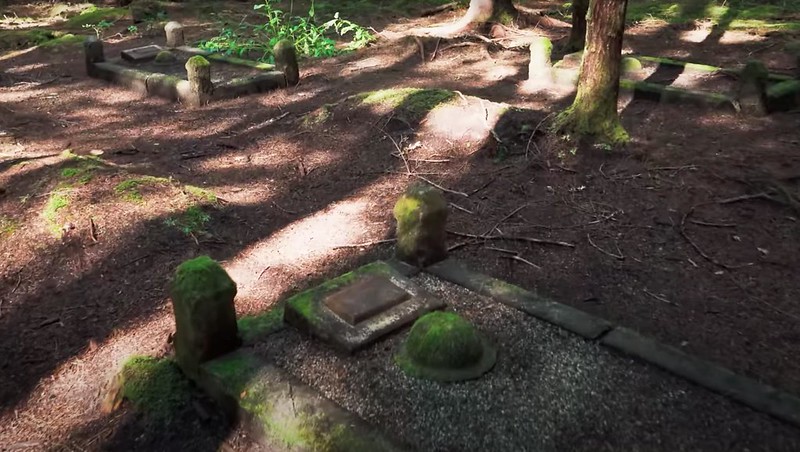 The graves of veterans are decorated with Tommy helmets made of cement. It is the classic plate-shaped military helmet worn by the British, Canadians and Americans in both world wars. 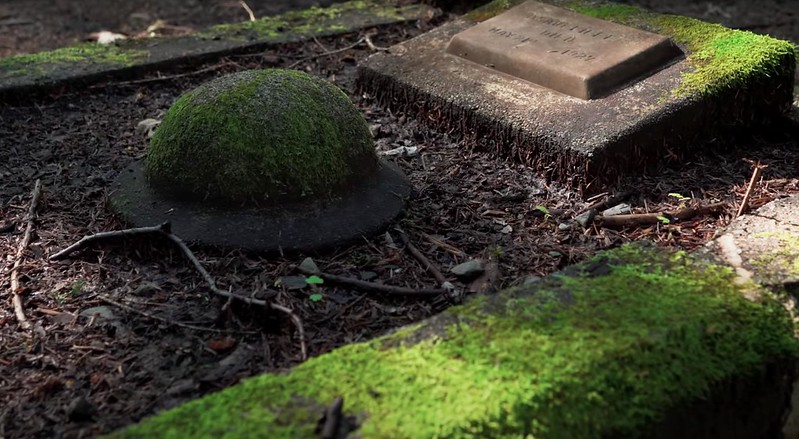 Among the graves of veterans there is also one with the text in the Serbo-Croatian language, probably a combatant who fought in the army of the Kingdom of Serbia. 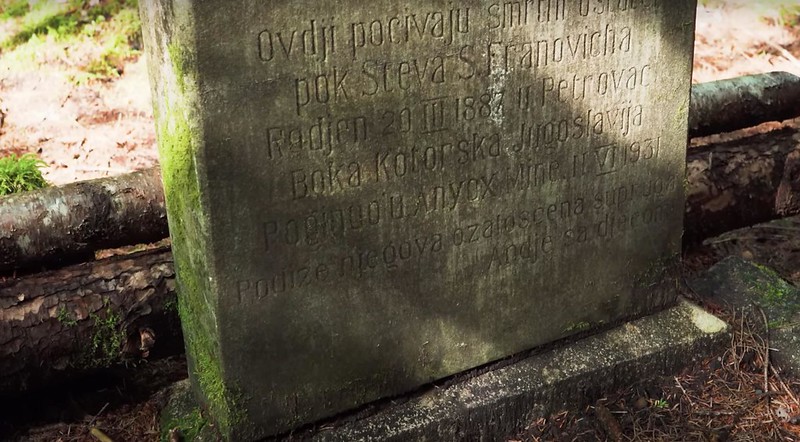