Inaugurated in 1839, scenes of 'The Crimes of Grindelwald' were filmed here

Highgate: the exotic and gloomy cemetery where 170,000 residents of London rest

One of the most famous cemeteries in the United Kingdom is located in the City of London and is known for its exotic Victorian-style architecture.

Opened on May 20, 1839, Highgate Cemetery emerged as a public health necessity. At the beginning of the 19th century, London had around a million inhabitants, and burials took place anywhere there was space, even between houses, taverns and shops. This caused a serious problem due to the bad smell and overcrowding of these graves, as Justin Bickersteth points out on the official Highgate website. 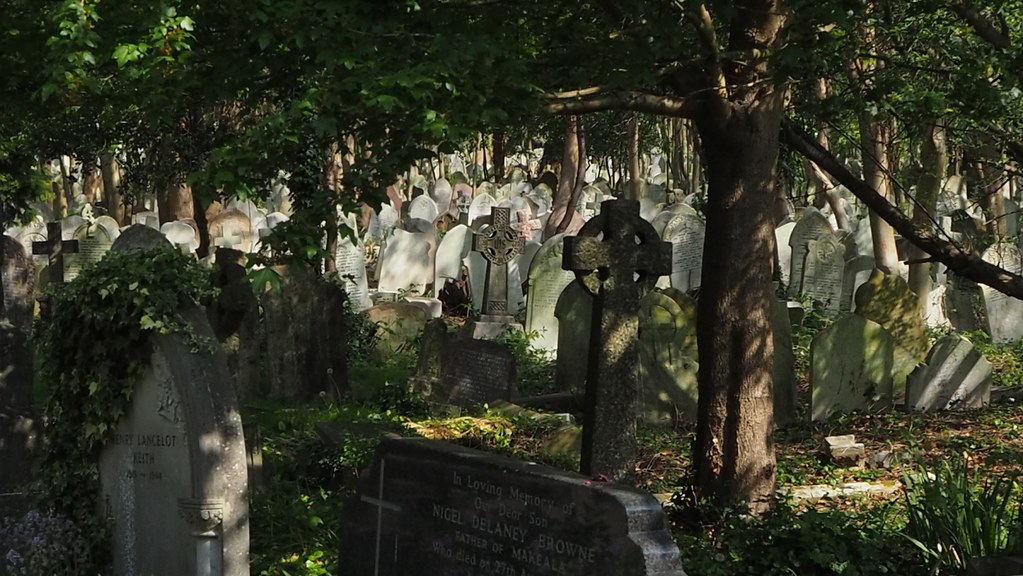 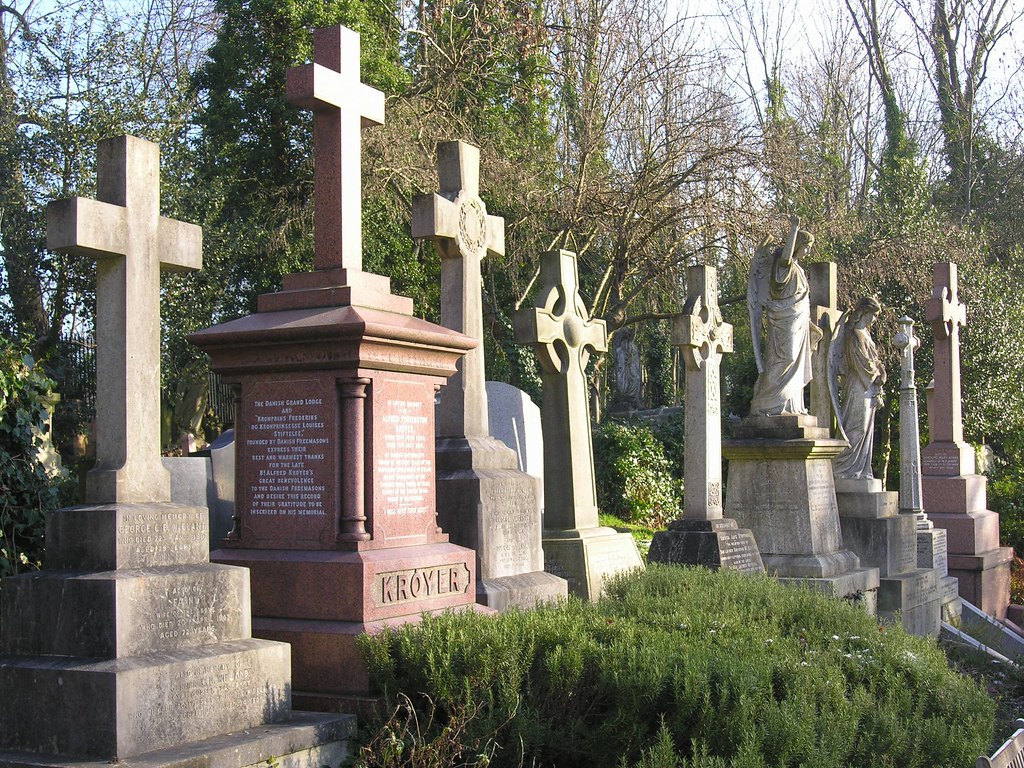 Highgate Cemetery gets its name from the fact that it was built in the Highgate Village area of London. Stephen Geary was its architect, while James Bunstone Bunning was in charge of surveying and David Ramsey designed its gardens. 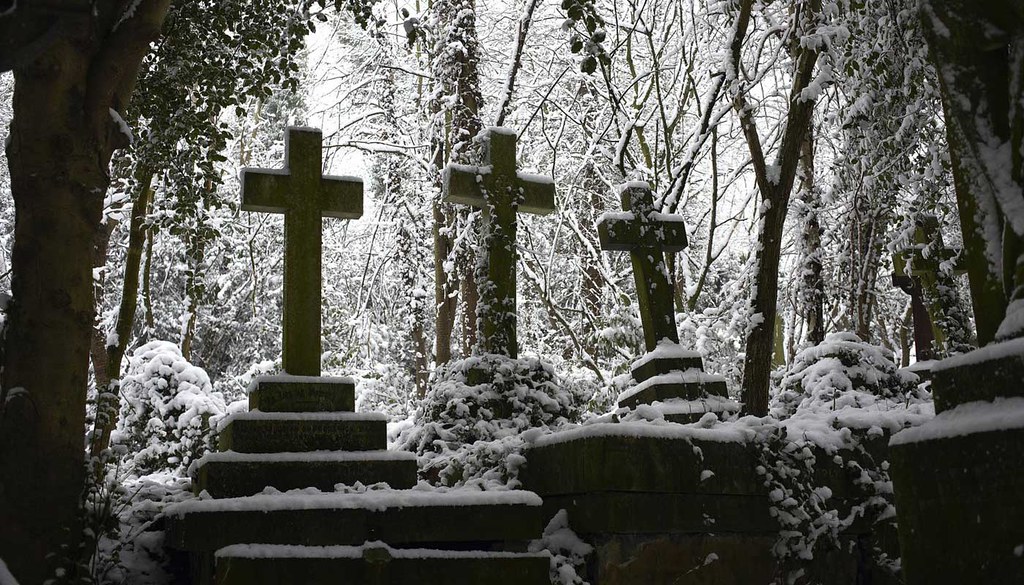 On the day of its inauguration, the Anglican Bishop of London, Charles James Blomfield, dedicated the cemetery to Saint James. Six days later the first burial took place: that of 36-year-old Elizabeth Jackson. 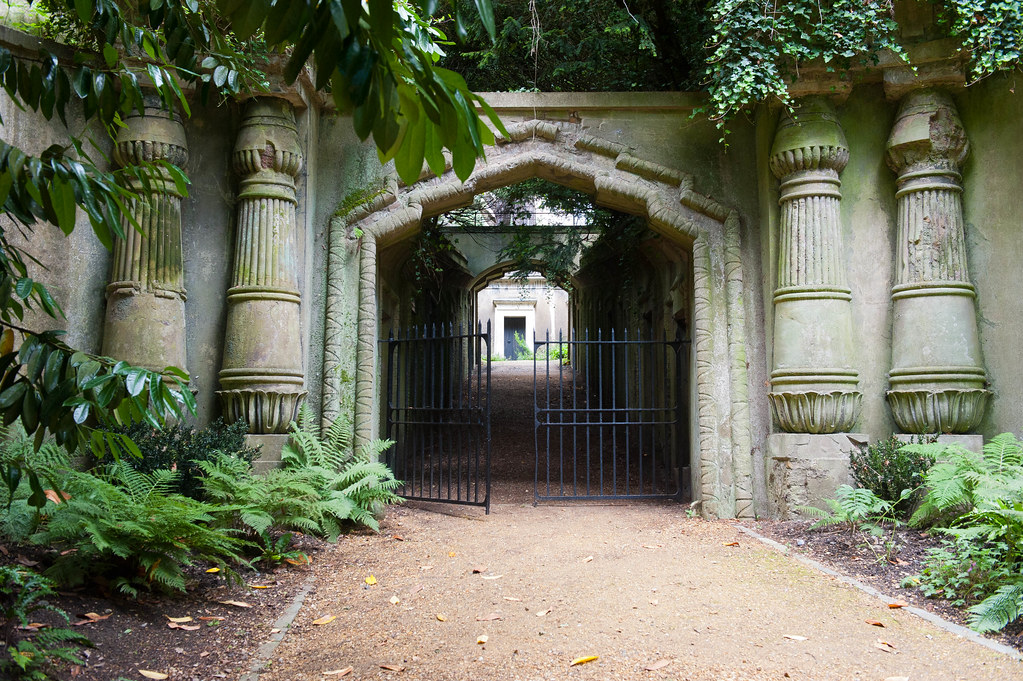 The cemetery was designed in the exotic architectural style fashionable in the Victorian era, heavily influenced by ancient Egypt. In fact, an "Egyptian Avenue" was built inside it (on these lines), which leads to the so-called "Circle of Lebanon", another space that owes its name to the fact that it was built in the shape of a ring around an ancient Lebanon cedar. 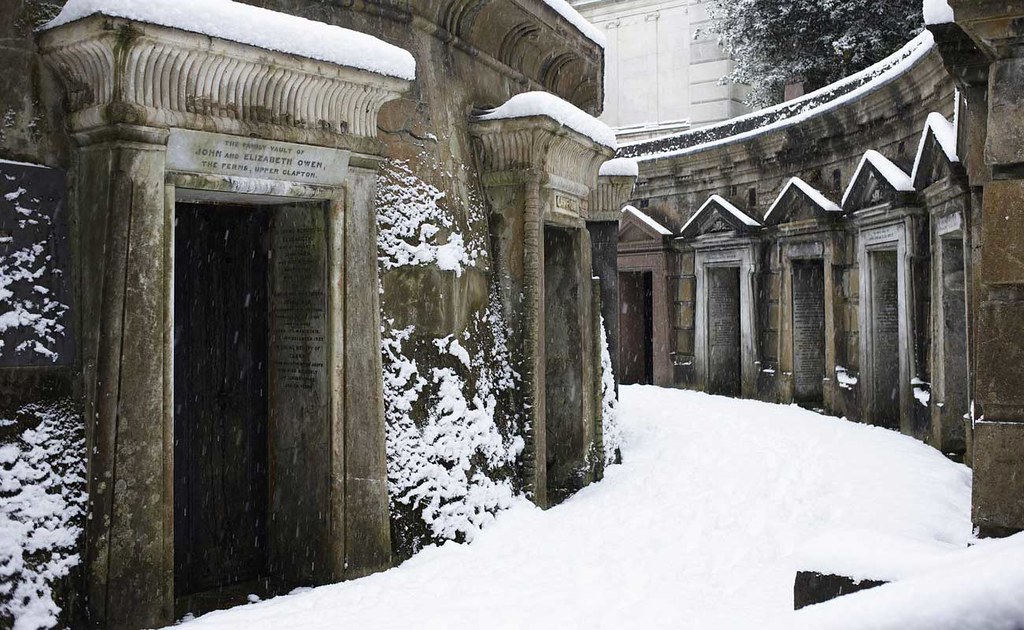 This Circle of Lebanon (above these lines) became famous a few years ago for a movie, since some scenes of "Fantastic Beasts: The Crimes of Grindelwald" (2018) were filmed there. 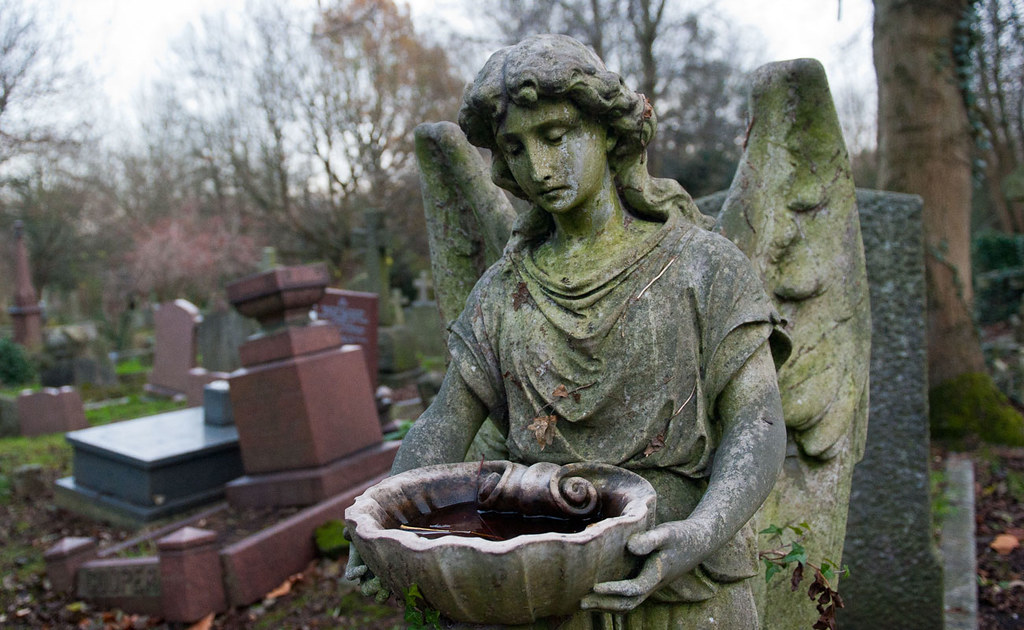 Highgate is known for its beautiful funerary statues, carved in the romantic style of the time. You can see some examples here. 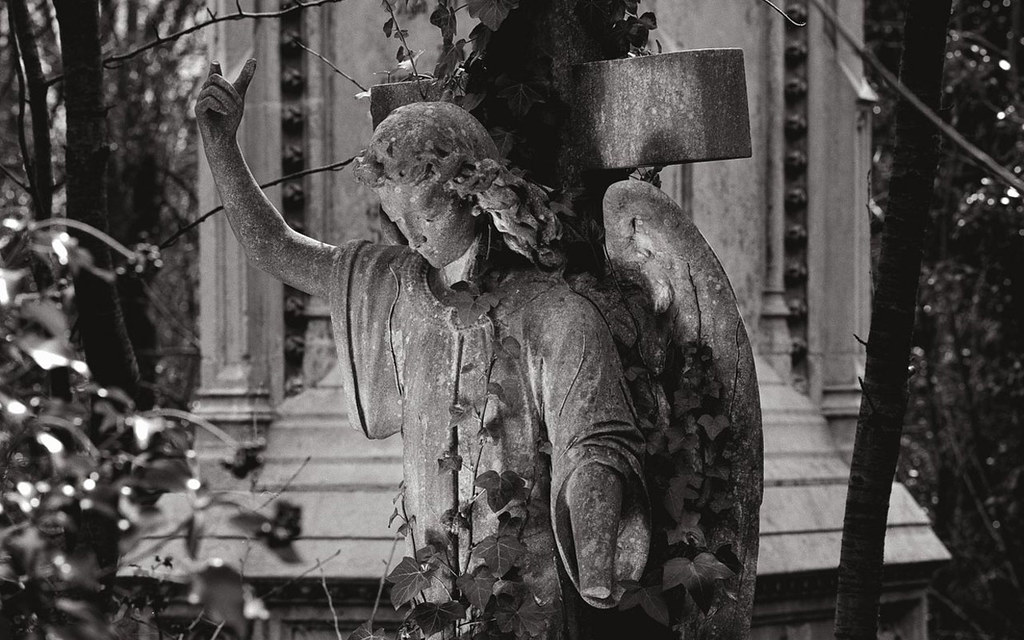 Proving very profitable (the cemetery was built with the city's wealth in mind), Highgate was enlarged in 1854, extending into what is now known as East Cemetery, opened in 1856. What happened to West Cemetery, as the oldest part is now known, the first person buried in East Cemetery was a woman: Mary-Anne Webster, age 16, who died June 12, 1860. 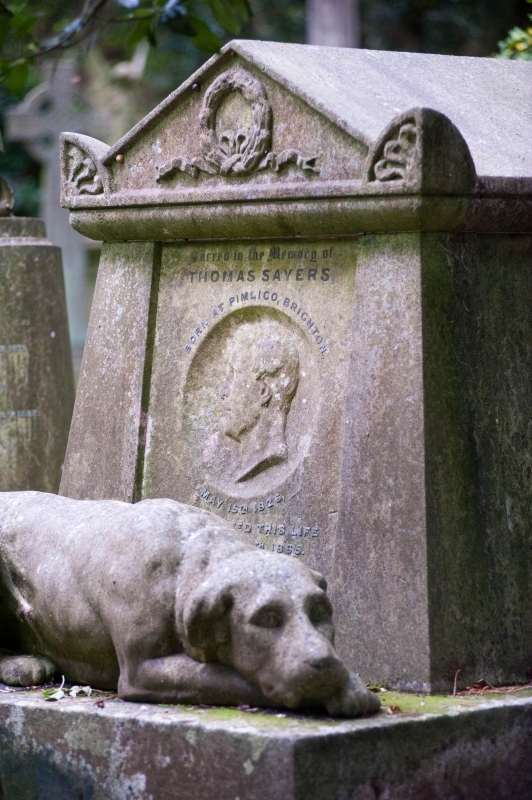 One of those buried in the Eastern Cemetery was the boxer Tom Sayers (1826-1865), whose grave you can see on these lines. Sayer's mastiff, named Lion, who had always been very faithful to its owner, silently accompanied the boxer's coffin to his grave, making an impression on the large audience that attended the funeral. Lion was immortalized with his own funerary statue next to the grave of its owner. 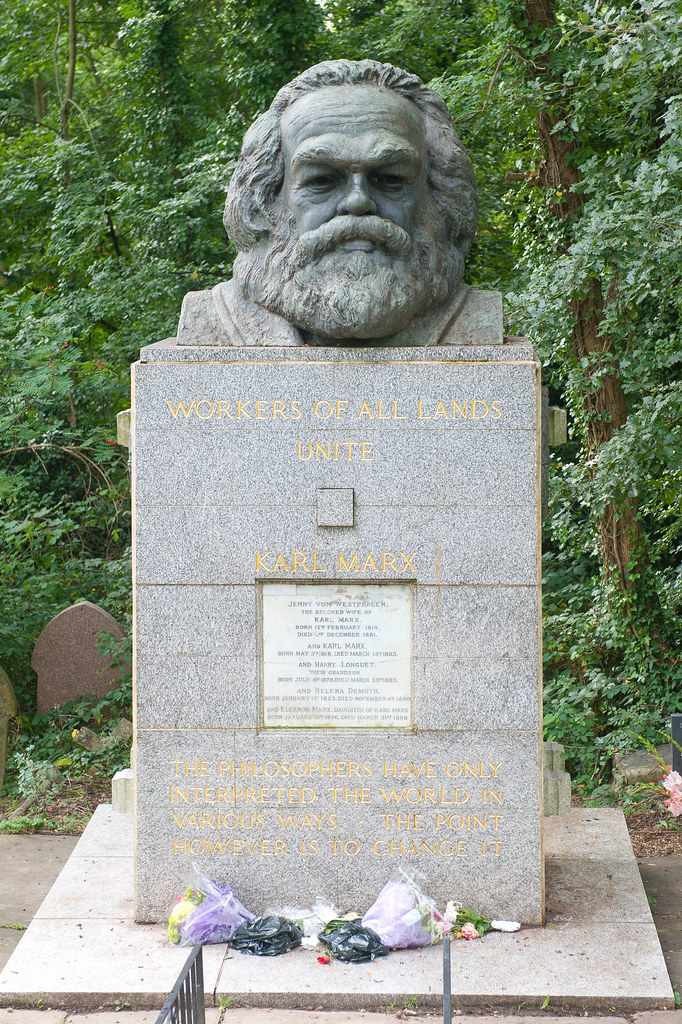 One of the most famous tombs in this cemetery is that of Karl Marx, the ideologue of communism, who died in 1883. His wife, daughter and grandson also rest in his tomb. Above the tomb there is a large bust of the communist ideologue, a detail that curiously was typical of the richest. 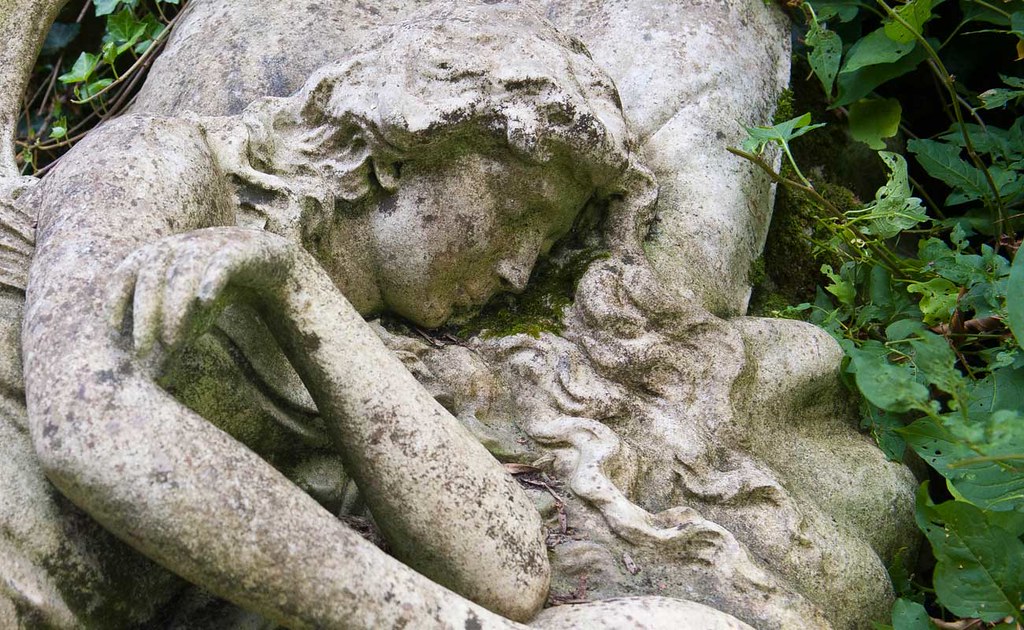 With the arrival of the 20th century, a slow decline began in this cemetery, which was accentuated after the Second World War. Many tombs were abandoned and the cemetery fell into disrepair, until in 1960 the company that owned it, the London Cemetery Company, declared bankruptcy and was acquired by the United Cemetery Company. 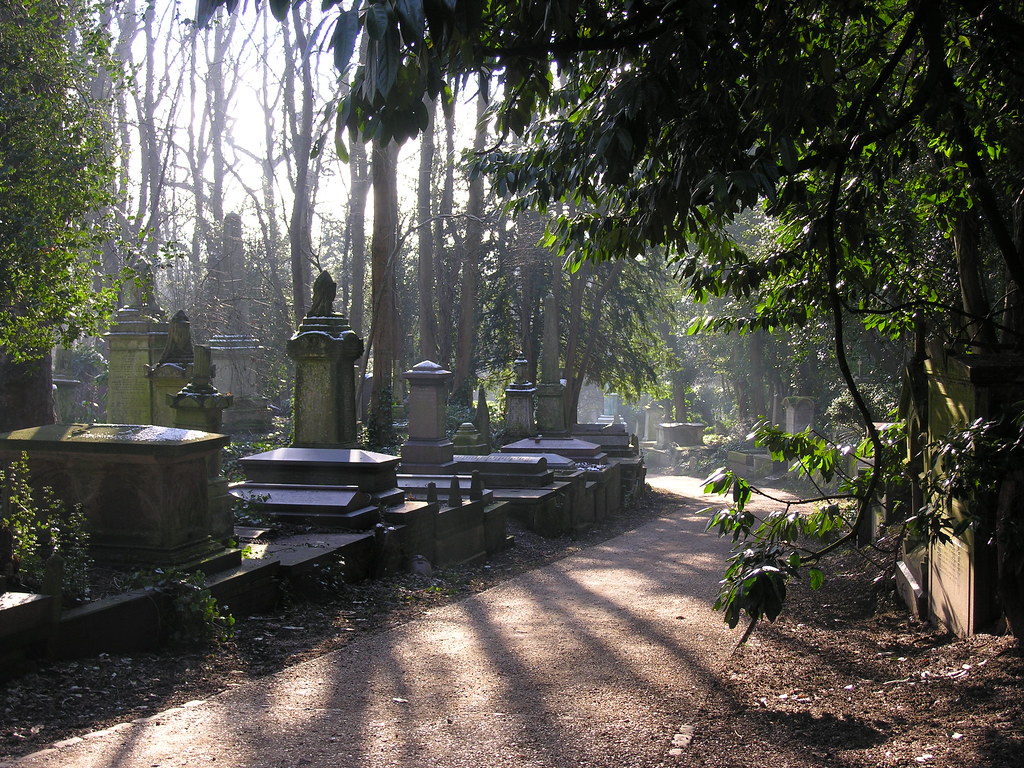 Lack of funds eventually forced the cemetery to close in the 1970s. The graves became overgrown and the cemetery became a sad, gloomy shadow of its splendid past, until it was taken over by a society, The Friends. of Highgate Cemetery, who decided to restore it. Today, the cemetery has become a tourist destination, although burials are still held there. Some 170,000 residents of London currently rest there.

In this video from Watched Walker you can see a walk of one hour and 40 minutes inside this exotic cemetery:

Source of the photos: highgatecemetery.org.