The secret airplane of Lake Mead: A B-29 that sank in a classified incident in 1948

The B-29 Superfortress was a very famous plane for having been the one that dropped the two nuclear bombs on Japan, starting the terrible era of nuclear weapons.

However, this aircraft developed other missions besides bombing. A total of 118 of the 3,960 B-29s built were modified for reconnaissance missions, being equipped with cameras and receiving the initial designation of F-13, later being named RB-29. One of those F-13s, 45-21847, was modified in 1947 and converted into a flying atmospheric laboratory, in order to develop a nuclear missile guidance system based on sunlight (then there was no GPS).

On July 21, 1948, 45-21847 made a flight that took it to a height of 9,100 meters. When he returned, flying low (only 91 meters) over Lake Mead, in the state of Colorado, the surface of the water reflected the sunlight in such a way that the pilot lost his way. The altimeter malfunctioned, and the plane ended up crashing on the surface of the lake. The B-29 did something like a stone thrown at an angle into the water, bouncing several times. The initial collision started three of the plane's engines and set the fourth on fire.

Finally, the plane stopped on the surface of the water and its five crew members were able to leave it in two rafts, in time to see how the plane sank. Fortunately, the only injury that had to be regretted was the fracture of an arm of one of the crew. After being rescued, the crew members were forbidden to tell anything about what happened, due to the special nature of their mission, and the incident was declared classified, so nothing was known about what happened for 50 years. In 2001 the plane was found during a dive by scuba divers. Today the plane is part of the United States National Register of Historic Places, and can be visited with several companies of divers from Las Vegas.

You can see here a video of this B-29 diving Scott's Scuba Service made a year ago:

You can see here some screenshots of the video as a preview. Here we see the drift of the B-29: 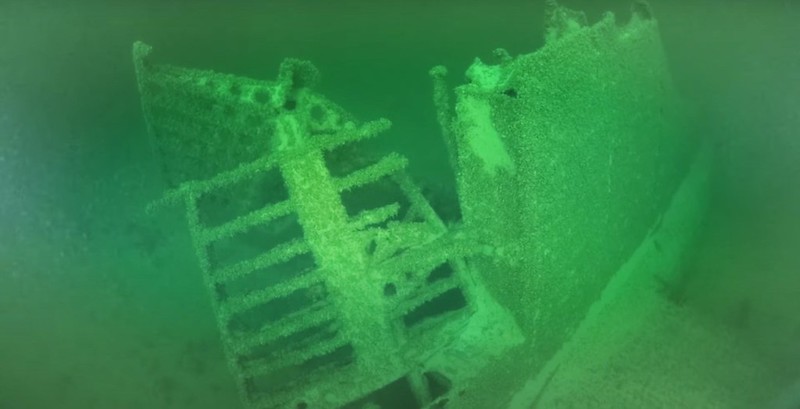 The nacelle of one of the three engines was torn off due to the impact of the B-29 against the surface of Lake Mead: 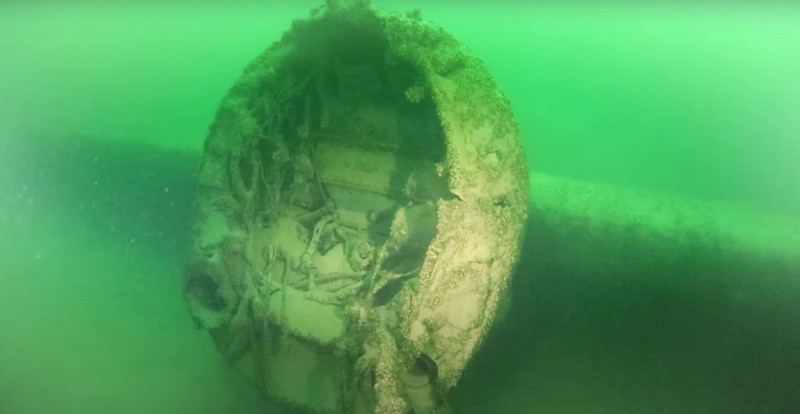 Below these lines, the only engine left in place. The propeller blades are bent, which is what happens when a plane crashes with its engines running. 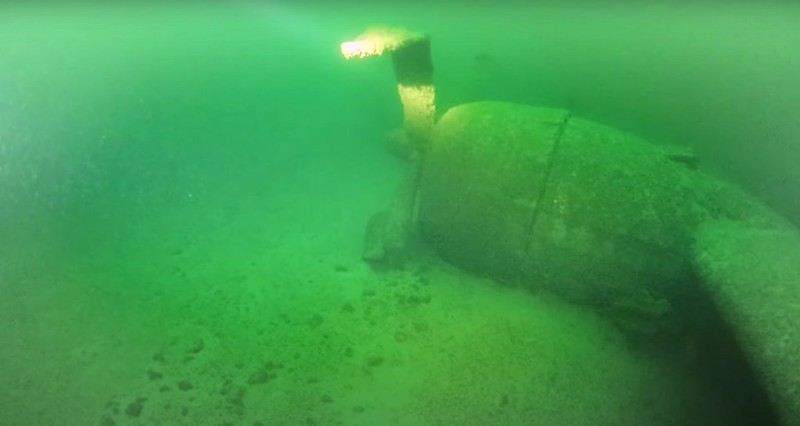 An image of the characteristic glass cockpit of the B-29. Some of the aircraft's instruments can still be seen through the hole. 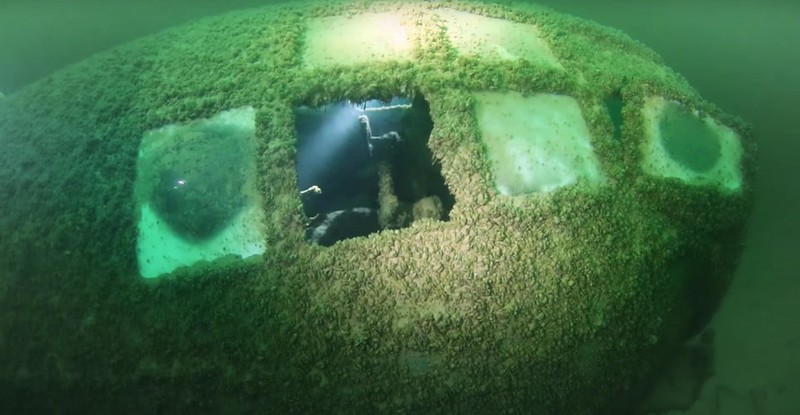 The front part of the cabin was damaged due to the collision with the water. The fuselage was bent on the bottom of the lake. 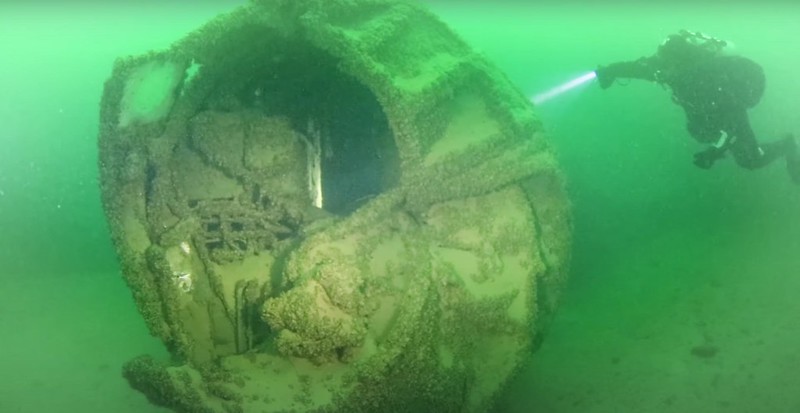