Prior Norte searchlights: the eyes of the coastal artillery of the Rías Altas of Galicia

The construction of the important naval base of the Spanish Navy in Ferrol (Galicia) in the 18th century led to the provision of powerful defenses in that area.

The coastal fortifications of the Ferrol region and the Ártabro Gulf were developed over time. As pointed out by The Historical Traveler and the Galician urban explorer Manuel Calavera, in 1926 the construction of a series of three batteries was designed that ended up turning this area into one of the best defended coasts in the world: the Battery B-2 of Prior Norte (also called Prior Bajo), Battery B-3 of Prior Sur (also called Prior Alto) and Battery B-6 of Monte Prior, protecting the northern area of the Ría de Ferrol.

The B-2 Prior North Battery was completed on November 19, 1928 and was equipped with four Vickers 152.4/50mm Model 1923 cannons, which were placed in their wells in 1929. In addition, an anti-aircraft battery was built with four Vickers 105/43mm cannons and two searchlights batteries: Prior East (located on the right flank of the battery) and Prior West (located on the left flank). These projectors directed powerful beams of light against potential targets (with a range of up to 20 km), helping to identify them in low visibility conditions. They were, so to speak, the eyes of this coastal artillery position.

The Prior Norte anti-aircraft battery was dismantled in 1935. During the Spanish Civil War (1936-1939), the four Vickers 152.4/50mm guns of this battery were transferred to Ceuta, being assigned to the Batteries of Hacho and Punta Blanca. The Prior Norte Battery was equipped with two cannons from the ship "Mar Negro", and in 1945 it was completed with another two from the Reinosa Factory. Battery B-2 was dismantled and abandoned in 1991, its security zone being removed in 1998.

The Youtube channel Ártabro Gulf Coast Batteries published yesterday a interesting and very well documented video showing the location and touring the tunnels of the Battery of Searchlights of Prior East. In the video we can see the galleries where the projectors were kept and the places where they were placed to illuminate their objectives:

You can see here some screenshots of the video, as a preview. Here is an image of the rugged coast where this battery of searchlights was located (a typical image of the impressive Rías Altas of Galicia, as the Rías Bajas have smoother coasts):

The entrance to the Battery of Searchlights of Prior East, with the rooms that served the soldiers of the Spanish Army as a living area, on the right. 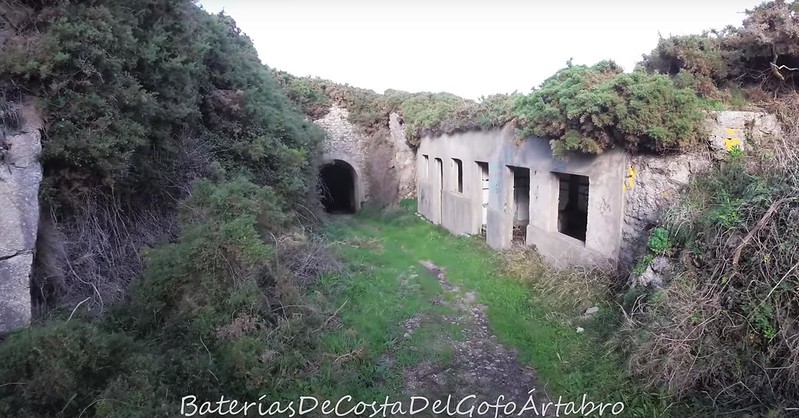 Here we can see one of the posts built to place the searchlights. This battery had two posts, but according to the description of the video, only one was used: 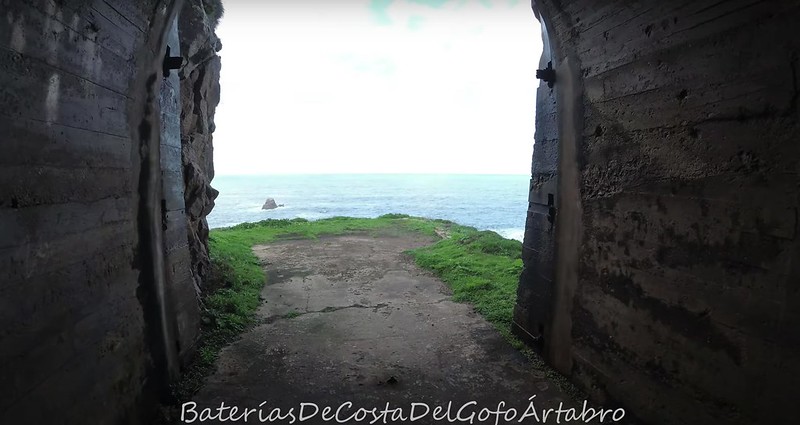 Image of the tunnel exit leading to the projector post. It was well concealed in the cliff face. 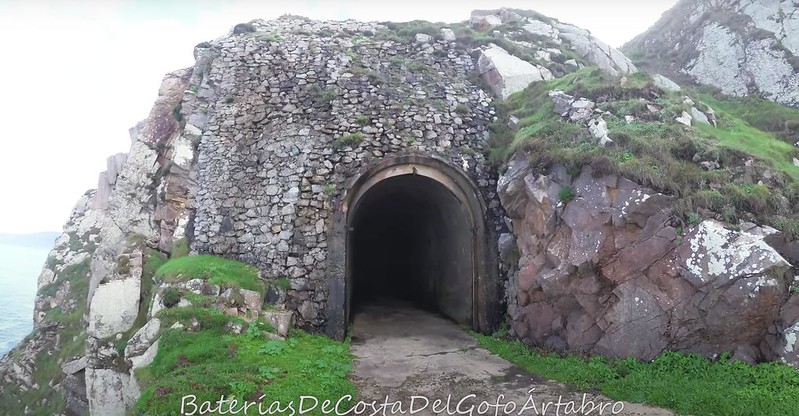 The inner tunnels of the battery. Here we see the branching of the tunnels that led to the two outer positions of the searchlights. In the video you can see where they kept them. 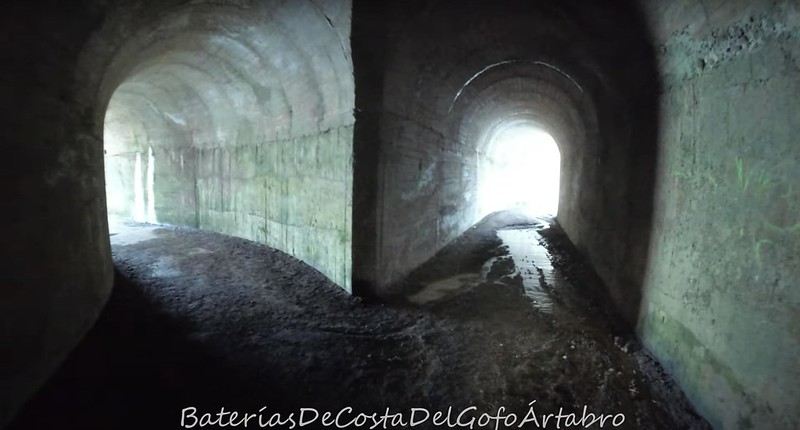