It was built from two Aérospatiale SA-341G Gazelle helicopters

Blue Thunder: the end of the famous helicopter from the movie and TV series of the 1980s

Many aviation fans who grew up in the 1980s fondly remember a helicopter that wowed us: the Blue Thunder.

This helicopter first appeared in a 1983 American film directed by John Badham. A year later, and after the success of the feature film, the American channel ABC broadcast in 1984 a television series that only had one season of 11 episodes and whose protagonist was the famous helicopter of the Police Department of Los Angeles, armed with a cannon that was directed with the pilot's helmet (like the AH-64 Apache). If you didn't see the movie or the series, here you can see the fire demonstration that Blue Thunder did at the beginning of the feature film:

A question that I had for years is: what model of helicopter was the Blue Thunder? The aircraft in the film and in the series was very well made, but I never managed to find out who its manufacturer and model were . To tell the truth, Blue Thunder was created for the film from the Aérospatiale SA-341G Gazelle, an excellent French multipurpose helicopter that made its first flight in 1967 and is still used by the armed forces today. from some countries. So, actually Blue Thunder was originally like this: 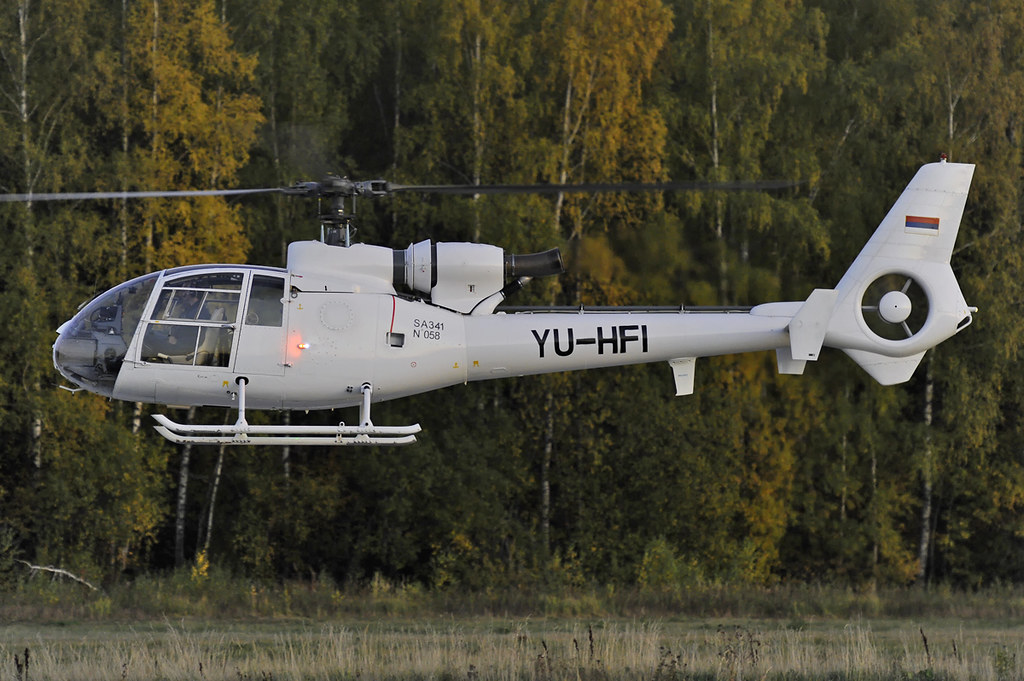 Specifically, two Gazelles were used to create the Blue Thunder: the N51BT (build number 1066) and the N52BT (build number 1075). The two helicopters had been built in 1973. Both had their cockpits modified, they had shorter skids and were painted black. The tails were left mostly intact, although fairing was added to the tail rotor drive shafts. In addition, a full-scale model of the Blue Thunder was also made to record the close-ups. 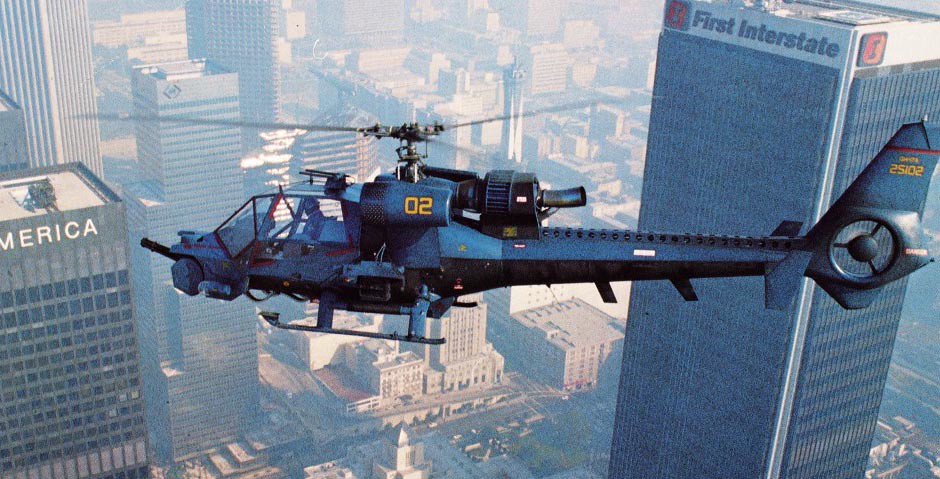 After the cancellation of the series, according to the Aeropedia, The two modified Gazelle helicopters were sold to Michael Gruben, a collector of aircraft scrap from New Mexico. That was not the end of Blue Thunder: the two helicopters were rented for the filming of the ABC series "Amerika" (1987) , whose plot was a Soviet invasion of the United States. Here we can see the two of them in a scene from that series, playing Soviet helicopters:

After that last television appearance, the N52BT was scrapped in 1988 (its registration with the Federal Aviation Administration is listed as canceled on August 16 of that year). In turn, the N51BT was sold for parts (its FAA registration was canceled on August 8, 1994). Likewise, the model used for the close-up shots was kept in the MGM studios for years and was scrapped in 2009. 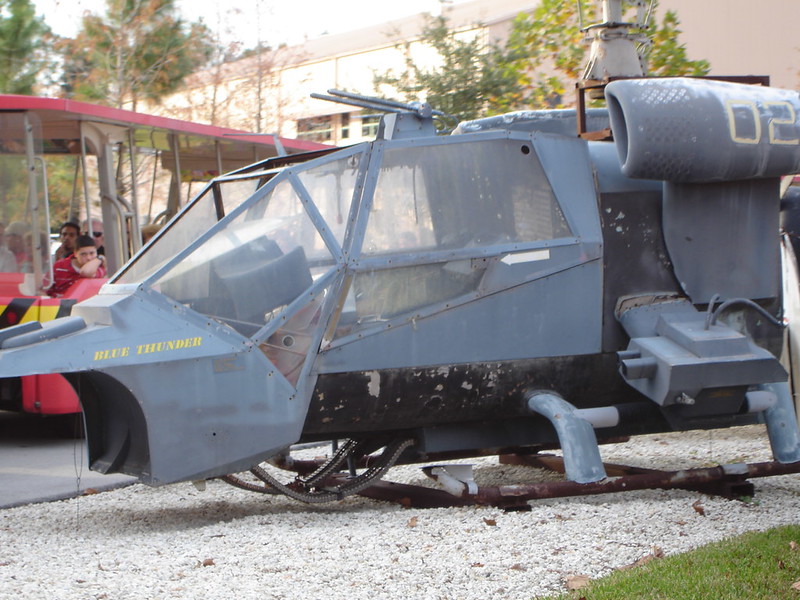