The ship was launched in 1942 and can be visited in Corpus Christi, Texas

During World War II, the aircraft carrier USS Lexington (CV-2), launched in 1925, was sunk by the Japanese in the Battle of the Coral Sea.

The sinking of the Lexington occurred on May 8, 1942. Within a year, the US Navy already had a new aircraft carrier USS Lexington in service, the CV-16. This ship was launched on September 23, 1942 and its entry into service took place on February 17, 1943. 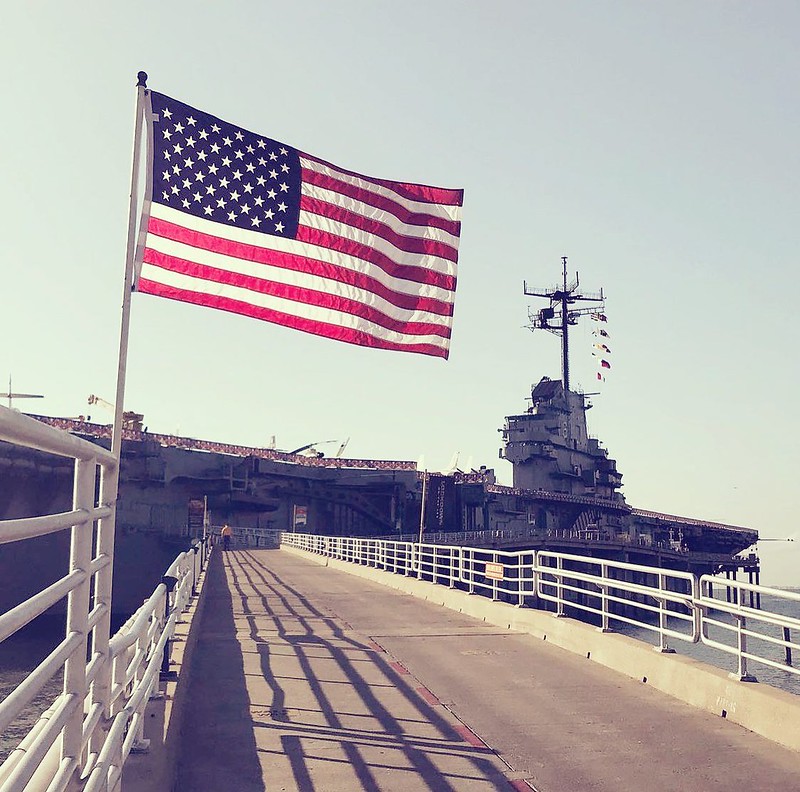 The USS Lexington in its current location in Corpus Christi (Texas).

Initially she was going to be called USS Cabot (a name that was eventually given to another aircraft carrier that would end up becoming, years later, the Spanish aircraft carrier "Dédalo"), but its name was changed in memory of the aircraft carrier sunk, and as a sign of the rapid resilience of the US. 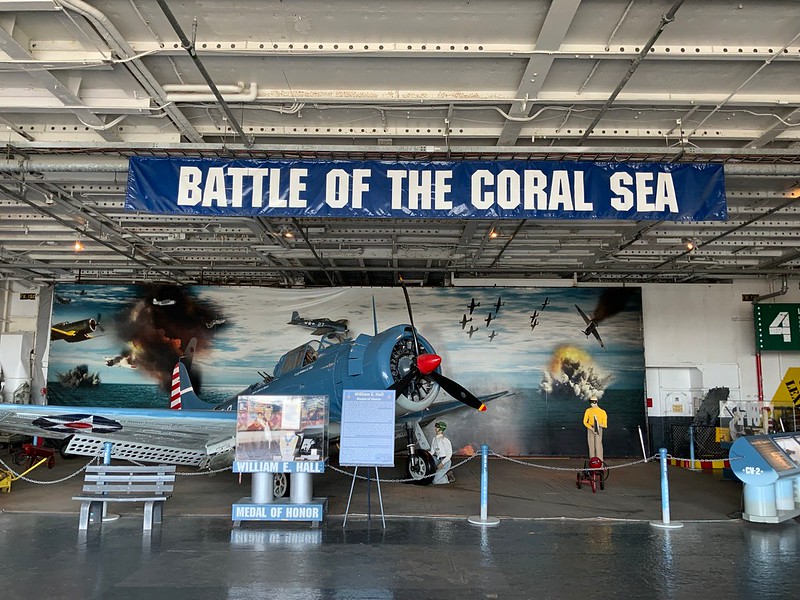 A US Navy Douglas SBD-3 Dauntless dive bomber, 06694, at an exhibit commemorating the 1942 Battle of the Coral Sea, in which the original USS Lexington was sunk.

The new ship was slightly smaller than its predecessor (266 meters in length compared to 269.5) and had the classic rectangular flight deck of aircraft carriers of that time. After fighting in the Pacific Theater, once World War II ended, she was withdrawn from service on April 23, 1947. 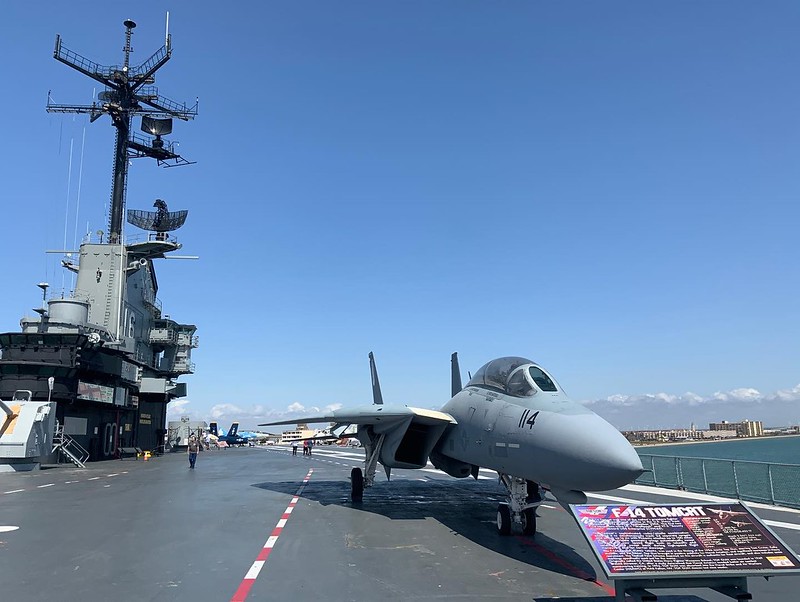 A Gruman F-14 Tomcat fighter on the flight deck of the USS Lexington.

In 1953, she underwent a process of modernization to be able to operate jet fighters. An oblique landing strip and steam catapults were installed to launch the planes, and the ship's island was remodeled. After that process, she returned to service on August 15, 1955, being converted into a training aircraft carrier in 1969 (in order to train US Navy and Marine pilots ). She continued to serve 22 more years until he was permanently retired on November 8, 1991. 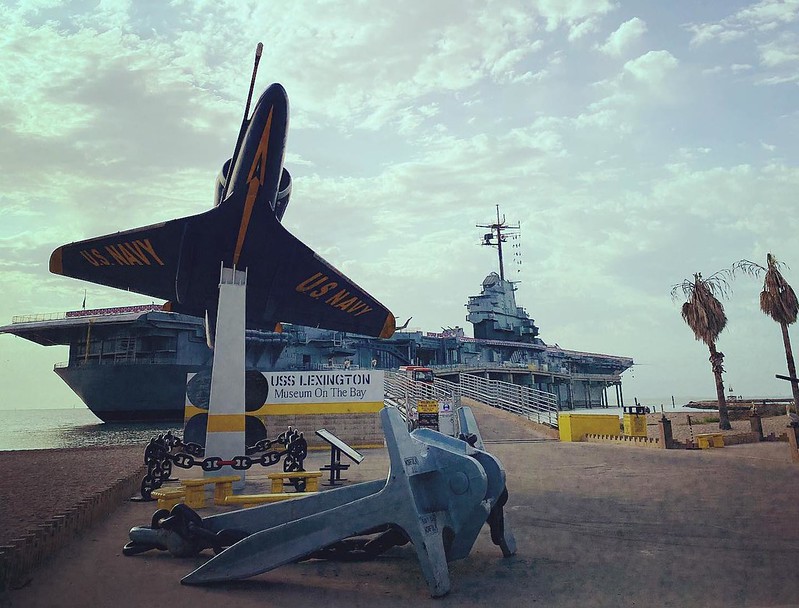 A Douglas A-4 Skyhawk that used to belong to the Blue Angels at the entrance to the pier where the USS Lexington is moored.

A few months after its withdrawal from service, the US Navy ceded the ship to the city of Corpus Christi (Texas) to turn her into a museum. She remains there today, exhibiting planes and helicopters from different eras , from aircraft of the Second World War to current fighters. 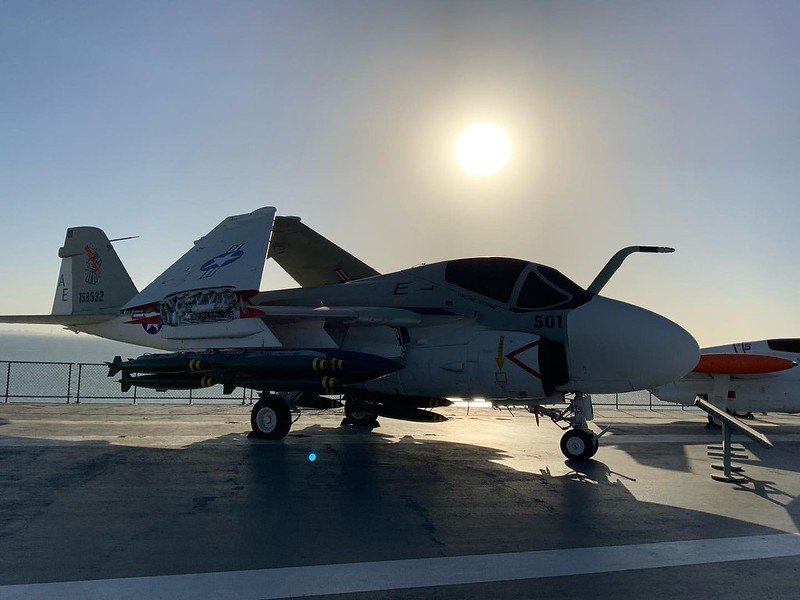 A Grumman A-6 Intruder naval bomber.

For more information about the museum, you can visit its website: usslexington.com. A few days ago, the YouTube channel RV Adventures with Randy and Tina published an interesting tour of the flight deck and hangars of this aircraft carrier: