The fighter's nose landing gear collapsed while being towed

A Lockheed Martin F-35B Lightning II fighter of the United States Marine Corps has suffered an accident when it lost its nose landing gear.

The events occurred on Thursday, December 1. According to local media NHK. At 1:40 p.m. local time, an F-35B from Marine Fighter Attack Squadron 121 (VMFA-121) "Green Knights", based at MCAS Iwakuni (Japan), made a preventive landing in the United States Air Force air base at Kadena, on the Japanese island of Okinawa, due to electrical problems. Around 3:00 p.m. local time, an NHK camera observed that the plane was nose down:

A local media video has been released showing how the accident occurred, which took place when the plane was towed down the runway at the Kadena air base:

We can see here some captures of the video. In the images it can be seen that the plane was tumbling and that after a moment it stopped: 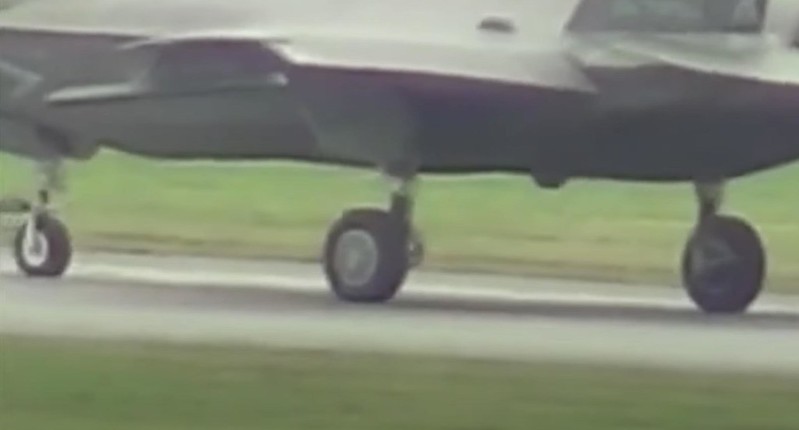 At that moment, the tractor that was towing the plane continued to move and ended up tearing off the front landing gear, causing the plane to fall on its nose. Apparently, the plane could have activated the brakes in the moment before folding the nose landing gear, which is made up of a single wheel (unlike the F-35C naval version, which has two): 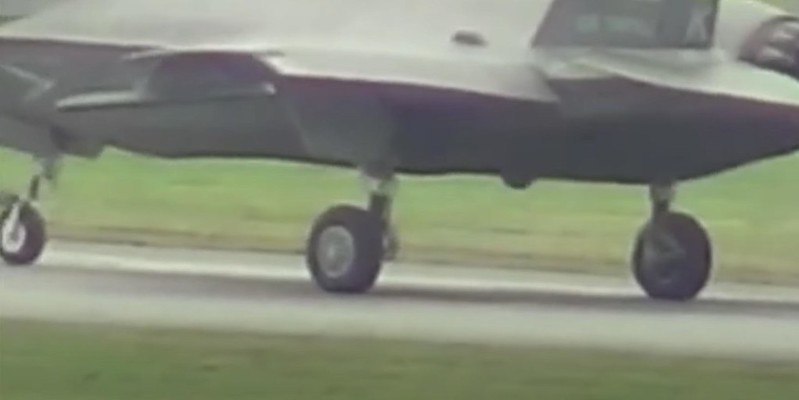 The result is what we see under these lines. The plane may have severe damage to one of its most advanced systems: the EOTS (Electro-Optical Targeting System), a system that provides precision air-to-air and air-to-surface targeting capability to the F-35. The EOTS is housed in the lower part of the nose, just forward of the nose landing gear housing.

According to NHK, the Marine Corps is investigating the causes of the problem that led to this accident. This is not the first similar accident involving an F-35. In August 2018, a USAF F-35A suffered a problem with its nose landing gear at Eglin Air Force Base, Florida. As in the Kadena incident, that F-35A landed due to a flight emergency and its nose gear broke after landing safely.