Poland: the first European user of the M1 Abrams tank begins training with it

The Polish Army is already training to handle the new M1 Abrams tanks it has bought, and whose sale was authorized by the US in February.

In total, the Polish Army will receive 366 M1 Abrams tanks: 250 will be of the newest variant, the M1A2 SEP v3 Abrams, and in addition it will receive 116 second-hand M1A2 SEP v2 Abrams. Poland will be the first European user of this famous tank (until now, European NATO partners had opted for the German Leopard 2 or self-produced tanks such as the Ariete, Leclerc and Challenger). These armored vehicles will join the 1,000 K2 Black Panther main battle tanks bought by Poland from South Korea a few months ago. This is one of the largest European purchases of tanks in living memory, and with which Poland is going to become one of NATO's most powerful partners in terms of armored forces.

As reported by Polska Zbrojna, since September, about 90 Polish soldiers, belonging to the Land Forces Training Center and the 18th Mechanized Division "Żelazna", have been undergoing a specialization course under the supervision of instructors from the USA. The most recent phase of this training takes place at the Biedrusko shooting range, near the city of Poznań. For this training, the USA has sent to Poland 28 M1A2 SEP v2 Abrams, painted olive green. They arrived by ship in Germany and from there were sent by truck to the Polish Army Ground Forces Training Center in Poznań. Of those 28, 11 were sent to Biedrusko for shooting training.

In Biedrusko, the future Polish crews of the Abrams have learned to align the aim of the tank's guns using collimators (an aiming device that is inserted into the bore of the gun), to later train in shooting at targets located at 1,200 meters away.

In the first phase of the trainingdrivers, gunners and commanders have been trained separately, preparing them to occupy any of the tank positions, so that a commander can act as driver or gunner in case of that is necessary. The training has also included firing from the machine guns carried by the Abrams (a 7.62 mm caliber M-240 coaxial, another M-240 in the gunner's hatch, and an M-2 Browning of 12.7 mm in the commander's hatch). These 28 Abrams will be returned to the US when this training is over. Once the Polish Army receives its own Abrams, training in their handling will continue.

You can see here a video published by Polska Zbrojna that shows the firing training of the Polish crews:

You can see below a series of photos of this training taken by the 18th Mechanized Division "Żelazna" and posted by Polska Zbrojna: 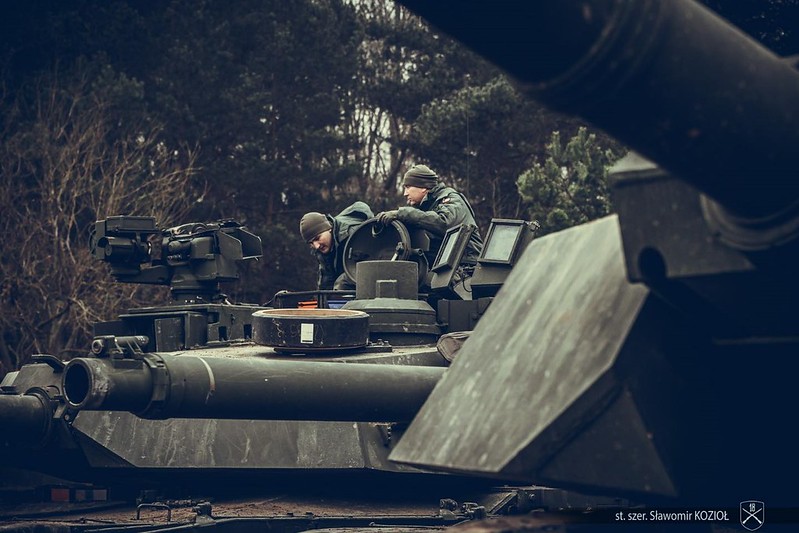 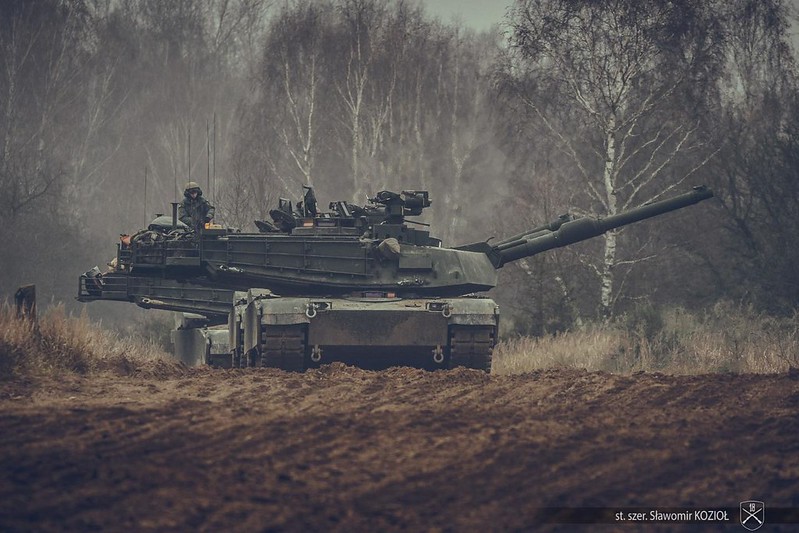 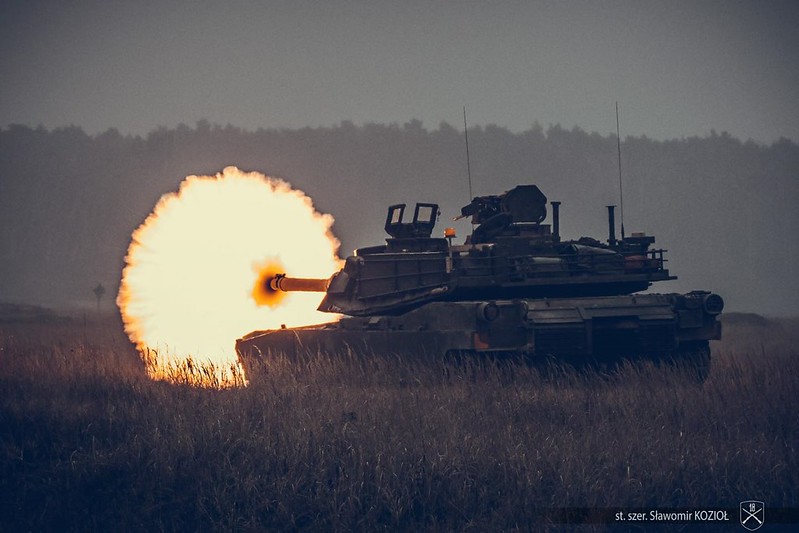 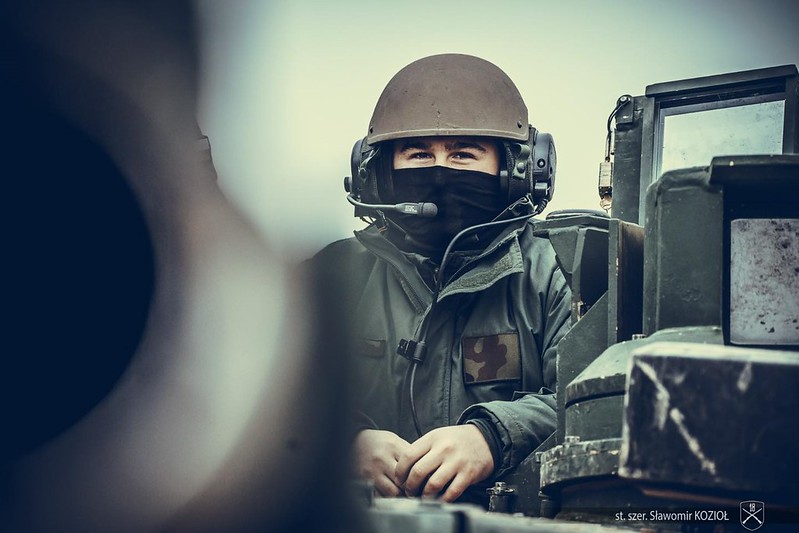 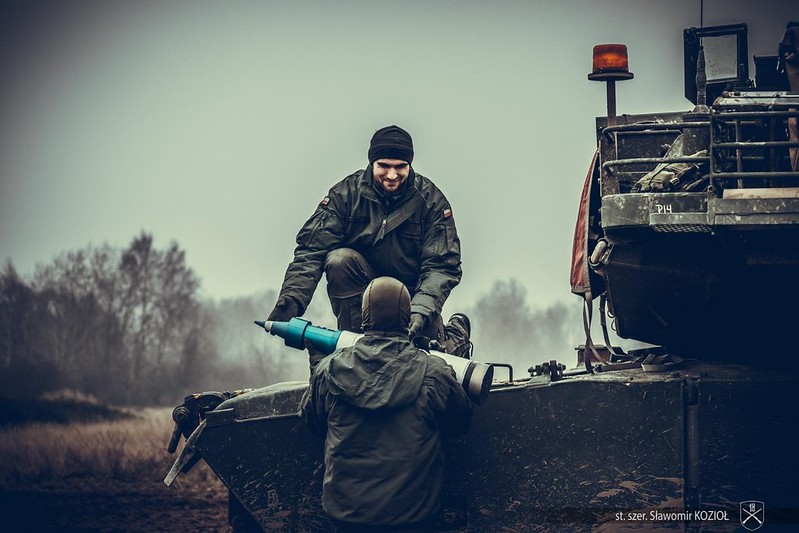 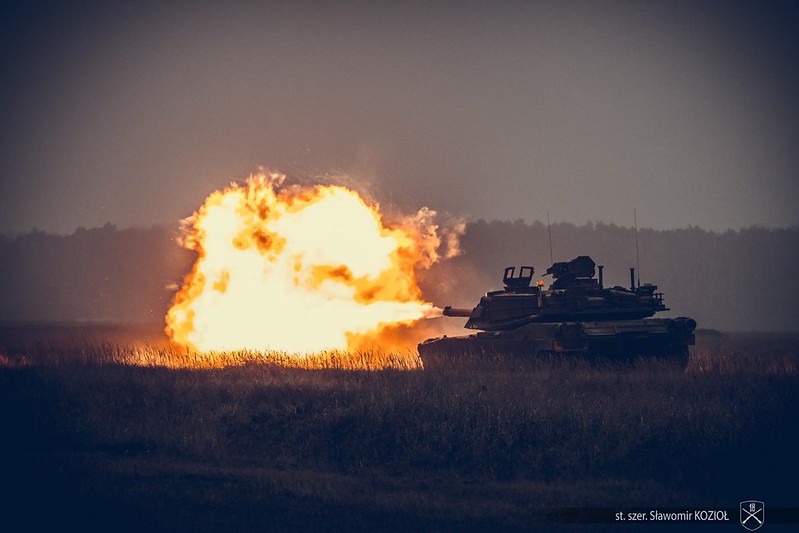