Fadricas: touring the old ammunition depots of the Spanish Navy in San Fernando

Hundreds of years ago, the Spanish Navy was one of the most powerful naval forces in the world. One of his largest ammunition depot was in San Fernando.

In that town in the province of Cádiz the first three powder depot were built in 1730, in Punta Cantera. As the Milan2.info website explains, the first three depot were of the type Verboom (named after Jorge Próspero de Verboom, a Spanish soldier of Flemish origin who founded the Royal Corps of Engineers in 1711) and were baptized with the names of saints: Santa Bárbara, San Bernardo and San Jerónimo . The last two are preserved today, used until the mid-1970s for the purpose for which they were built, and used since then as non-explosive material warehouses.

In the 1920s and 1930s, this ammunition depot was expanded with four new Miranda-type depot, named after Augusto Miranda y Godoy, then Minister of the Navy and architect of the idea of building them. In the 1970s two of them were converted into cisterns. All four are preserved, but one of them is in ruins.

Milan2.info also points out that in 1955 five Type A depots, vaulted and intended to house high-explosive ammunition. Subsequently 13 type B depot were also built, to store ammunition with little explosive power and built to prevent fire from spreading between them in the event of an explosion, and two type C depot, smaller and intended for fireworks, baits, black powder and low detonating power explosives. The Fadricas depot were abandoned by the Spanish Navy in 2001, the explosive material being transferred to the Rota Naval Base. However, the land still belongs to the Ministry of Defense (although you can visit the area) and on Google Maps the place appears out of focus, as if it were still an active military base.

Aventuras Entresierras, one of my favorite YouTube channels (I never tire of recommending that you subscribe to it), yesterday he published an interesting video in which he takes a tour of those ammunition depots, and also with the San Fernando English Cemetery (today abandoned and which, despite its name, mainly houses the remains of French soldiers from the War of Independence from Spain, later being used as a Protestant cemetery) and by the old Urrutia Battery, in Punta del Boquerón, a coastal artillery military position built at the beginning of the 19th century (the video is in Spanish, you can activate the automatic subtitles in English in the bottom bar of the player):

You can see below some screenshots of the video as a small preview (the video is very juicy and is full of details that I will not tell you here). Here we see one of the 13 Fadricas type B depots. 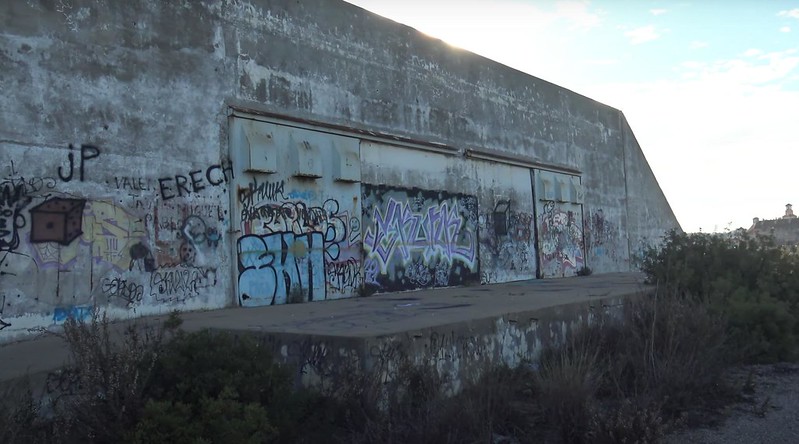 One of the four Miranda-type depots. The one in the image is one of the two that were transformed into cisterns. 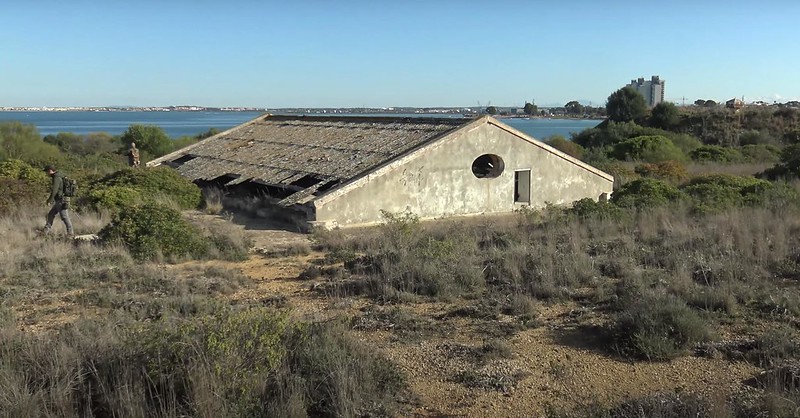 Here we see one of the three Verboom-type depots from 1730, the oldest in this place. 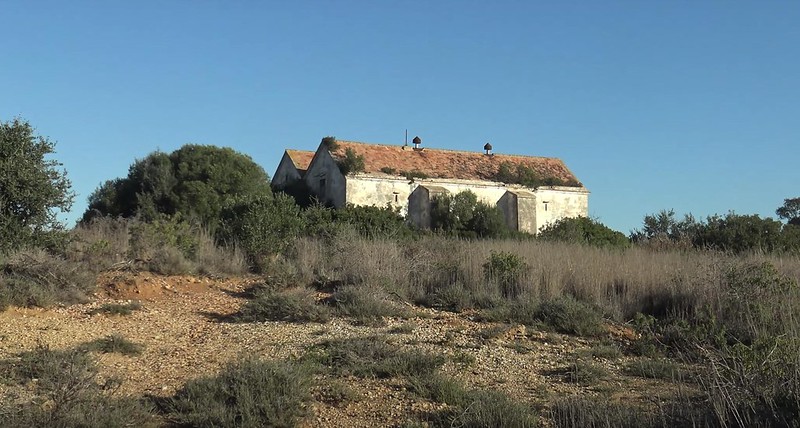 One of the four type A magazines, specifically the A-02, according to the map of the Milan2.info website. 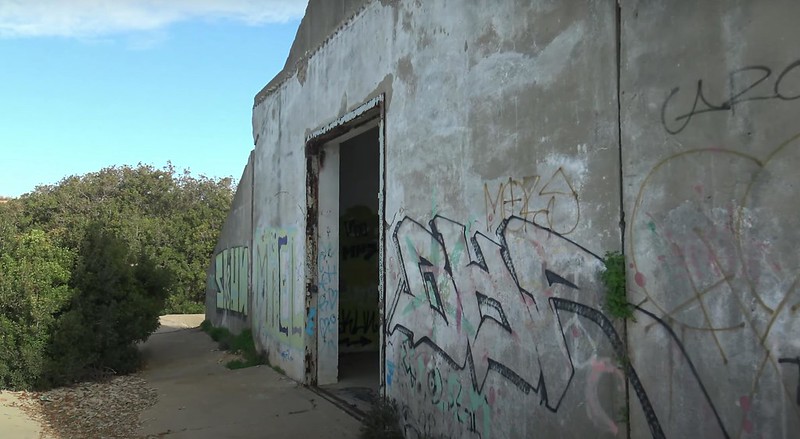 I end with this image of the entrance to the Urrutia Battery. 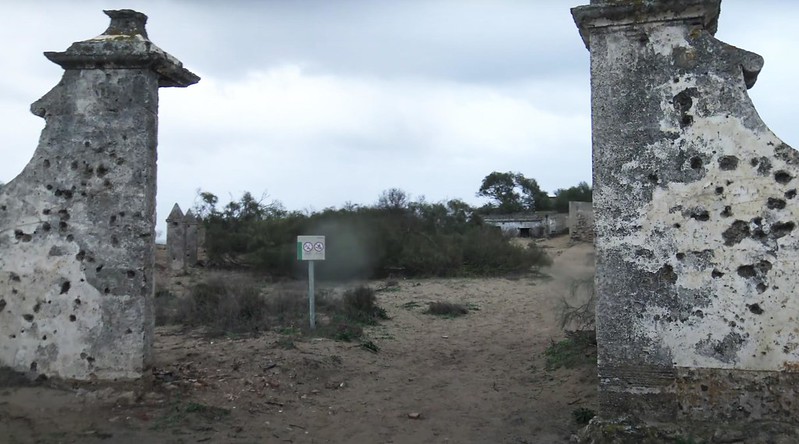