An international airport is a great source of entertainment for aviation fans. And today you don't even have to leave the house to see it.

There are different airports that have web cameras with which you can follow the activity on their runways, but without a doubt one of the best is the one at Midway International Airport, one of the three airports in the city of Chicado. , which is the third largest city in the United States. This airport is an important base for Southwest Airlines, and most of the flights that appear are Boeing 737 of that company.

According to StreamTime Live, the webcam is located in the southeast corner of tracks 31L , 31C and 31R. The most striking thing is that this website seems to be automated, moving in search of planes that are taking off or landing, although sometimes it stops for a long time, perhaps due to lack of activity on the runway. Another notable thing is its quality: it broadcasts in 1080p (Full HD) resolution.

You can see some captures of the broadcast of this webcam. Here we see the webcam on a Southwest Boeing 737-7H4, N964WN, about to take off: 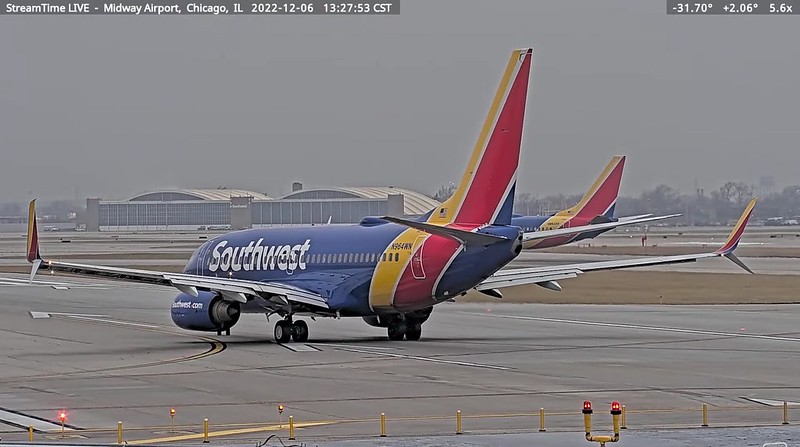 The webcam zoomed in on the plane, showing very good quality images. 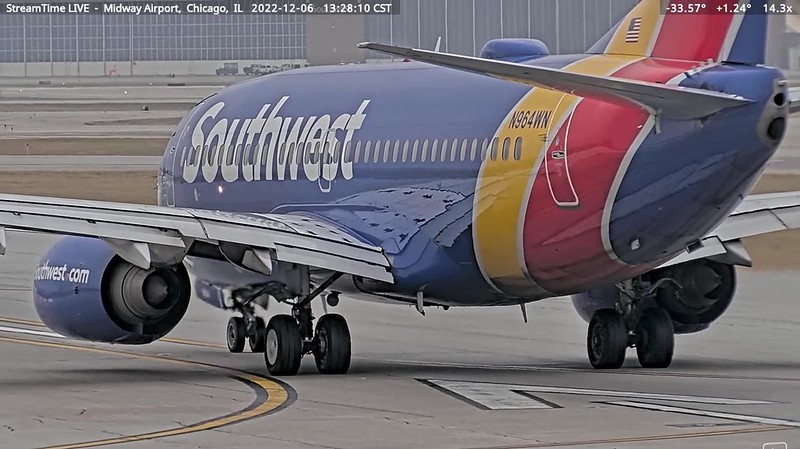 The camera points from time to time to different parts of the airport. Here we see the terminal, with several Southwest Boeing 737s parked. 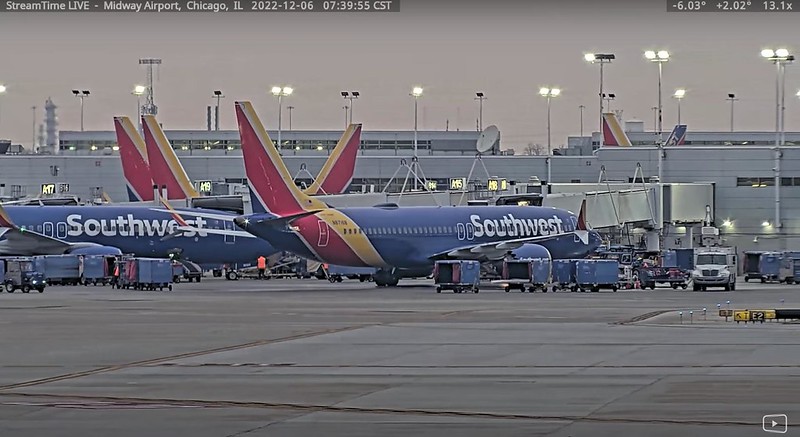 The webcam also focuses on aircraft that are taxiing down the runways. Here we see a Boeing 737 NG/Max, N946WN, with a livery dedicated to the state of Louisiana, showing the pelican on the state shield and its motto, "Union Justice Confidence". 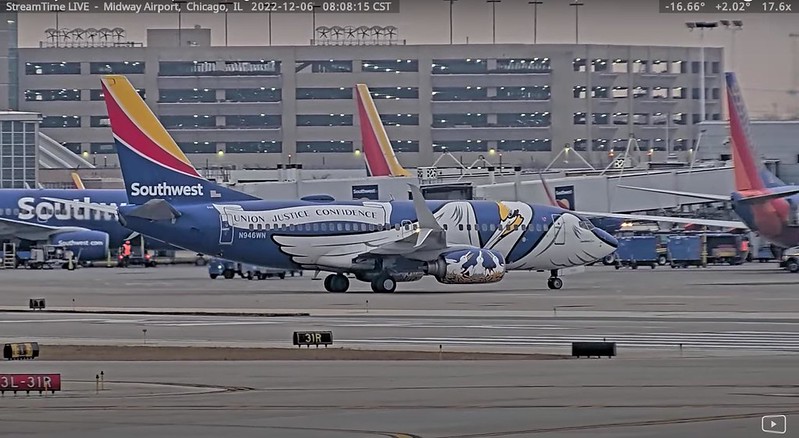