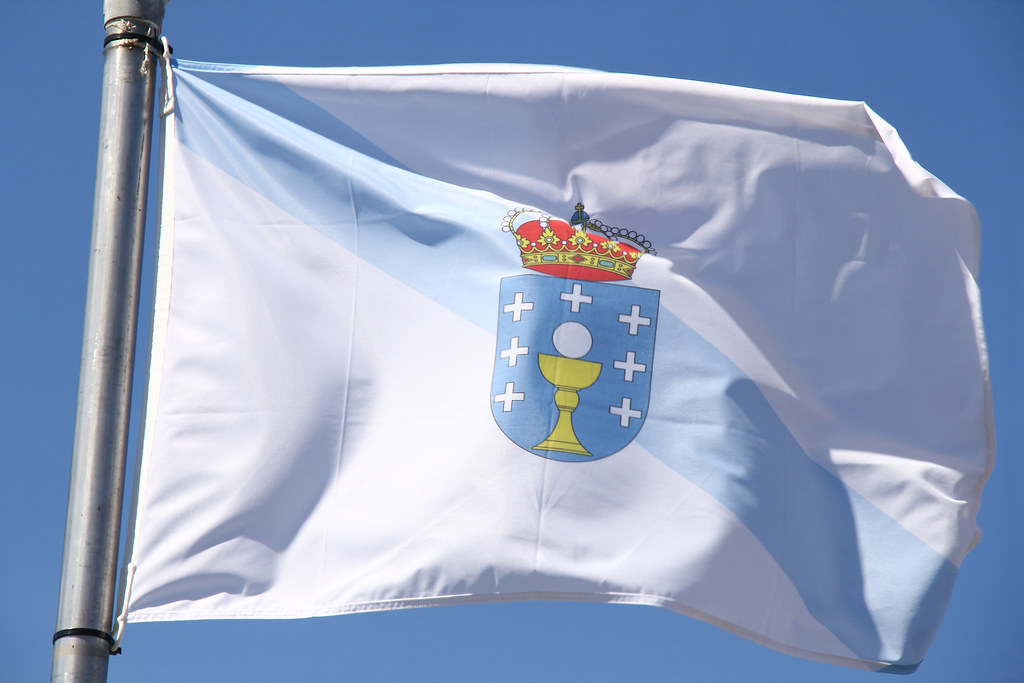 The history of the Flag of Galicia

A Galician Flag waving at the Combarro sportive dock, on the north side of the Pontevedra Estuary. Above the computer with which I write these lines I have a similar one hanging.

The flag with the blue band on a white background began to be used as the Flag of Galicia by emigration at the end of the 19th century. At that time, many ships in which the emigrants were traveling left the port of La Coruña. The maritime flag of La Coruña since 1845 was a blue cross on a white background, but it was changed to a blue band in 1891, to avoid confusion with the Russian naval flag. Many emigrants, seeing that flag flying in the port before their departure, identified it as the symbol of their land. The flag was made official of the region for the first time in 1981, with the approval of the Statute of Galicia, which defines it in its Article 6.

The coat of arms was defined in its current form by the Royal Galician Academy in 1972, and confirmed as the official coat of arms of the community in 1984. In the Middle Ages and in later centuries it was represented with a closed chalice (sometimes showing up to five cups) or a custody, always on a blue background. The number of crosses has varied over the centuries: from a patchwork of crosses on the blue background to just six crosses. Currently seven are shown, in memory of the old provinces of Galicia: Santiago, Betanzos, Mondoñedo, Tuy, Lugo, Orense and La Coruña.