Twitter has implemented recently a new filter to further penalize users who already have penalties for posting images that, according to some people, “can hurt sensitivity”.

The quesion is that in the concept of “hurting sensitivity” some people include anything, even the mere fact of manifesting ideas or images that, although not offensive, are not to the liking of others, whether for ideological, political or religious reasons. With this recent filter, which is currently working in the official mobile and tablets apps (at least I have notices that is happening in the iPhone and iPad), Twitter hides all the tweets of those penalized users that contain an image, a video or a link.

What do you do to avoid this censorship? The good news is that if you follow the penalized user, you can see those hidden tweets by deactivating the “sensitive content” filter, by checking the box “Display media that may contain sensitive content” in the “Privacy and safety” section of the settings of your Twitter account: 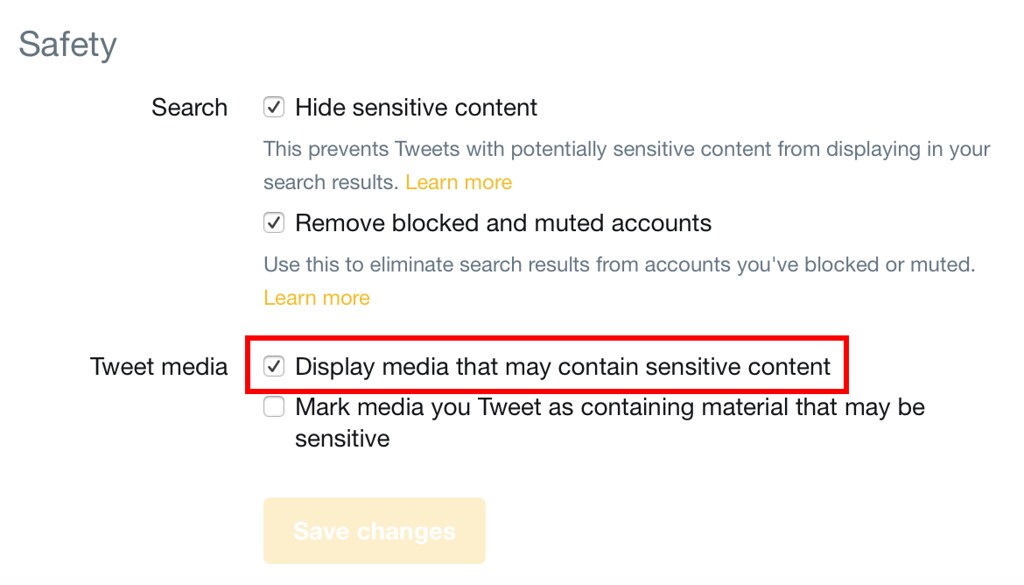 The bad news is that if you do not follow the penalized user, you will not be able to see hidden tweets even if you activate that option. You will only be able to see them if you disable the option and start following him.

With this new filter Twitter is intended, possibly, to put a stop to the invasion of trolls, a problem to which, by the way, the American company has not shown up to now as diligent as it should. The problem is that Twitter has gone from doing almost nothing to killing flies with gunshots, harming users who maintain a correct attitude, by the mere fact that they have been pointed out and denounced by certain lobbyists. Faced with this fact, Twitter should offer these users the option to appeal their penalty.