This Saturday, May 26, the Day of the Armed Forces was not only held in Spain: also in Poland, where a swearing of the Flag by Spanish residents took place in that friendly country.

The event was held at noon at the Embassy of Spain in Warsaw, and was chaired by the ambassador, Francisco Javier Sanabria, with the presence of personnel of the Air Force of Spain and also Polish military, as well as two members of the Spanish Parliament. In total they 48 Spanish residents in Poland swore their Flag, almost half of them women. The ceremony, in which the flags of Spain, Poland and the European Union were present, was accompanied by a music band of the Polish Air Force. 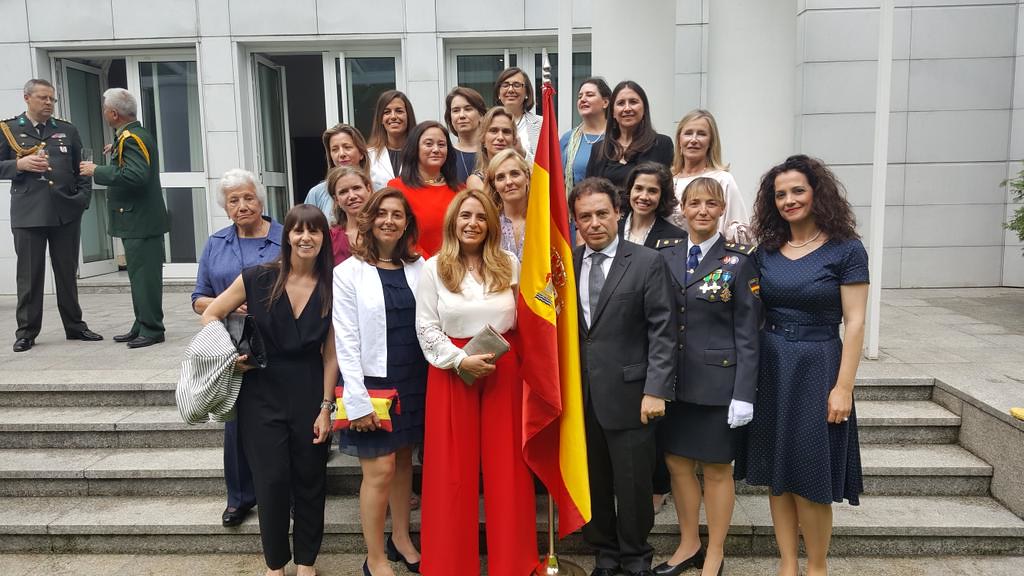 After the oath or promise made by the participants in the ceremony, the ambassador addressed them with these words: “The Flag that you have honored is the banner of a great Nation, a Nation that has left indelible marks in the history of Humanity”. The ambassador also noted that “we are legitimately proud of our status as Spaniards for much of what Spain has been and for much of what it is. We are not Spanish against anyone. We feel Spanish and European, we feel we are brothers of the great Ibero-American family, we feel close to our African friends and open to the whole world.” He also recalled that “these are not easy times, because there are compatriots who deny their status and who intend to fracture the Homeland against the law, history, reason and coexistence.” During his speech, the ambassador also conveyed the congratulations of the Spanish people to Poland for the centenary of their independence, which will be held on November 11. 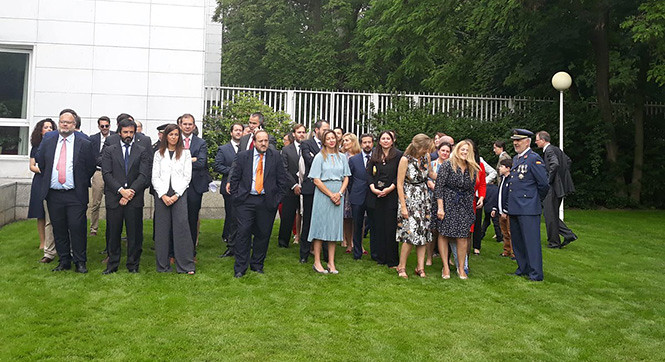 In this post I collect some photos of the act that have posted the Twitter of @pl_lasilenciosa and the Spanish ambassador. 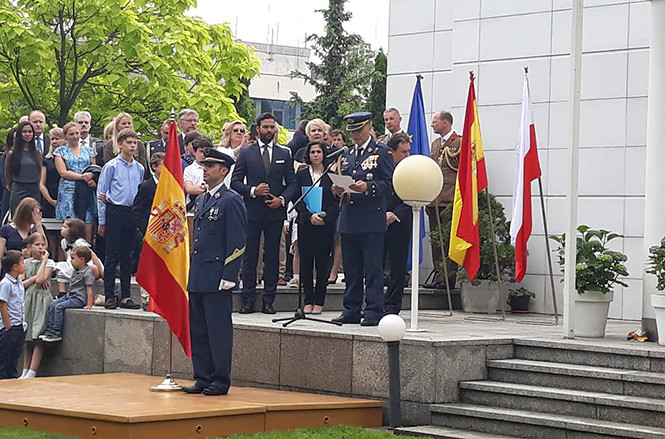