This was the brutal murder of the last Tsar and his family, including children, by communists

On this day, a hundred years ago, the Bolsheviks perpetrated one of the most horrendous crimes of their bloody rise to power in Russia to establish a communist dictatorship.

NOTICE: This article contains details that may hurt your sensibility

There are some myths about the Russian Revolution that are still spreading today in our society. One is that the communists overthrew the Tsar to emancipate the Russian people, and the other is that the murder of the imperial family was the only crime committed by the Bolsheviks. Is not true. The Russian Revolution broke out on March 8, 1917. The Tsar abdicated on the 15th. An interim government was established, headed until July 21 by the progressive Gueorgui Lvov and later by the social-revolutionary Aleksandr Kerensky. On November 6, 1917, the Bolsheviks gave a coup that liquidated the newly born Russian democracy, a coup known today as the October Revolution (in Russia the Julian calendar was then in force). Shortly afterwards, Lenin dissolved the assembly, banned the other parties and gave way to a dictatorship that would last more than seven decades and that would lead one of the worst genocides in history.

The communist dictatorship ended up being much worse than tsarism

Lenin led a dictatorship that killed more than a million people for political or religious reasons in six years, using the most horrendous torture, savagely repressing strikes by workers and peasants, murdering tens of thousands of prisoners and causing death by starvation between 3.9 and 7.75 million people. The tsarist regime was not democratic, but was an absolute monarchy that had a secret police service at its service, the feared Ojrana, which at its peak reached 15,000 agents. Lenin far exceeded that repressive apparatus with his bestial political police, the Cheka, which at the end of 1918 already had 40,000 agents and two years later 280,000. In only three years, the Bolsheviks multiplied by 18 the repressive apparatus of Tsarism. Communism ended up being much worse than monarchy. 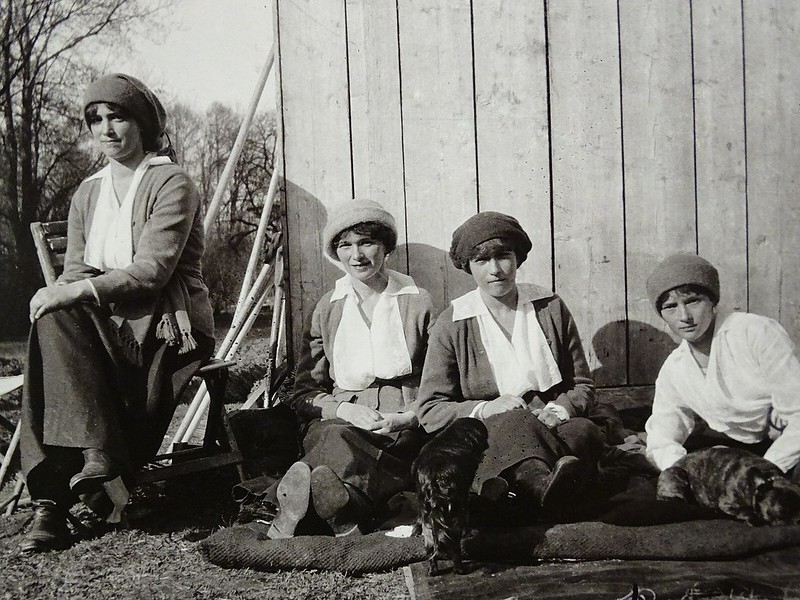 The four daughters of the Tsar during the captivity in Tsarskoye Selo, near Petrograd, in the spring of 1917. From left to right: Maria, Olga, Anastasia and Tatiana. The girls are accompanied by Anastasia’s spaniel dog, Jimmy (left), and Tatiana’s bulldog, Ortino.

After his abdication, the Tsar and his family, the Romanovs, were imprisoned in the palace of Tsarskoye Selo, near Petrograd (today St. Petersburg). Although Kerensky opened the door for the Tsar and his family to go into exile in England (Nicholas II was a cousin of King George V), the communists opposed him. Fearing that the Romanovs were killed by the Bolsheviks, Kerensky decided to send them to Tobolsk, in remote Siberia, a territory in which there were still many sympathizers of the monarchy. After the Bolshevik coup at the beginning of November and the overthrow of Kerensky, the Communists captured the Romanovs and in April led them to Yekaterinburg, in the Urals. They were detained in the Ipatiev house, a mansion seized from a merchant, and since then they received considerably worse treatment than the provisional government had given them. On July 16, the dictator Lenin sent from Moscow the order to execute the Romanovs. 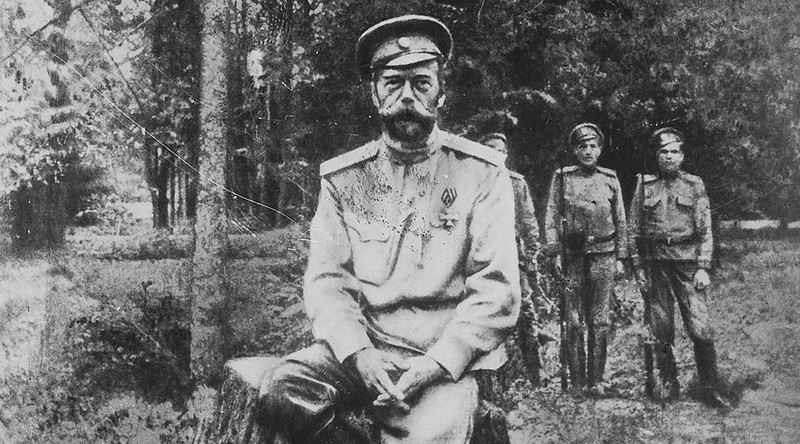 Tsar Nicholas II during his captivity in Yekaterinburg, in July 1918, shortly before being killed by the Bolsheviks. The sentinels in the background would surely be part of the platoon that murdered Nicolás and his family.

A horrendous murder based on a conviction without trial

On the night of July 16-17, 1918, past midnight, a platoon of nine Bolsheviks led by Yakov Yurovsky (three others, of Latvian origin, refused to participate in the murder of women and children) led the Romanov family to the basement of the Ipatiev house, withthe doctor of the court, Dr. Yevgueni Botkin, the butler Alexei Trupp, the assistant Anna Demidova and the family cook, Ivan Kharithonov. Each one of the Bolsheviks had previously been entrusted with the murder of each of their victims. Once they reached the basement, Yurovski read them the execution order, addressed to the Czar, under the pretext that “your relatives continue their attack on Soviet Russia.” It was a sentence handed down without trial. The Tsar, incredulous at what he had just heard, asked “what, what?” Yurovski read the order again. He then murdered Nicolás with a pistol shot. The other Bolsheviks also directed their first shots against the Tsar (50 years old), who was shot to death. The smoke of the first shots and the dust of the plaster released by the bullets sowed chaos in the room, causing the shots of the Bolsheviks to be inaccurate. After the first round of shooting, all the Tsar’s children were still alive. 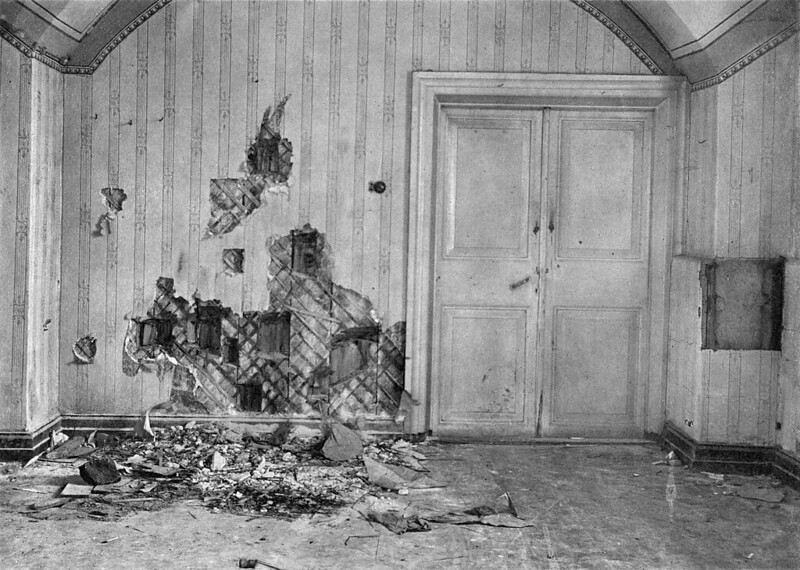 Situation in which the basement of the Ipatiev house was left after the brutal slaughter. You can still see the blood stains on the floor.

Tsarevich Alexei, 14 yeard old, who was sick and had been sitting in a chair, was one of Yurovski’s first targets. After being shot, the boy was left dying, but still sitting. One of the Bolsheviks, Grigory Nikulin, unloaded the entire magazine of his pistol against the child. Another of the murderers, Peter Ermakov, who was drunk, also shot the child and also stabbed him with a bayonet. In spite of everything, the boy was still alive and the head of the Bolshevik platoon, Yurovski, finished off the boy with two shots in the head.

The Tsar’s wife, Alexandra (46 years old), was killed by Peter Ermakov with a shot to the head. The eldest daughter of the Tsar, Olga (22 years old), also died of a gunshot to the head when she tried to cross herself. The second of the sisters, Tatiana (21 years old) was the last of the family to die. After receiving several shots, and as he had not yet died, Yurovski shot her in the back of the head. The third daughter, Maria (19 years old), tried to flee running towards the doors when the shooting started, being hit by a thigh. Both Maria and her sister Anastasia (17), who was also wounded, were shot and bayoneted. According to the testimonies of the murderers, one of the girls screamed when the bodies were being removed. Ermakov killed her by sticking a bayonet into her chest and shooting her in the head. 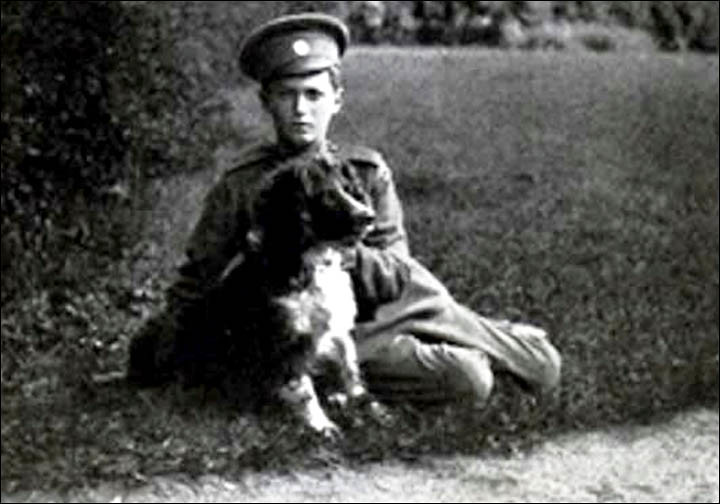 Tsarevich Alexei with his spaniel dog Joy, who was the only survivor of the killing.

There was only one survivor: Joy, Alexei’s dog

Dr. Botkin was killed by Ermakov, who was instructed to shoot at the chest, at the level of the heart, to cause rapid death from the hemorrhage. The assistant Anna Demidova survived the first round of shots, but was finished off with a bayonet when she tried to defend herself against her killers. Butler Alexei Trupp and the family cook, Ivan Kharithonov, were among the first to fall into this massacre, in which only the spaniel dog of the Alexei Alexei, Joy, who was blind, survived. It had hidden during the shooting and escaped from the house when the bodies of the murdered were removed by the Bolsheviks. When eight days later the White Army arrived in Ekaterinburg, they found the dog prowling the Ipatiev house. A British colonel, Paul Rodzianko, who accompanied the whites, rescued the dog, who ended its days in England. 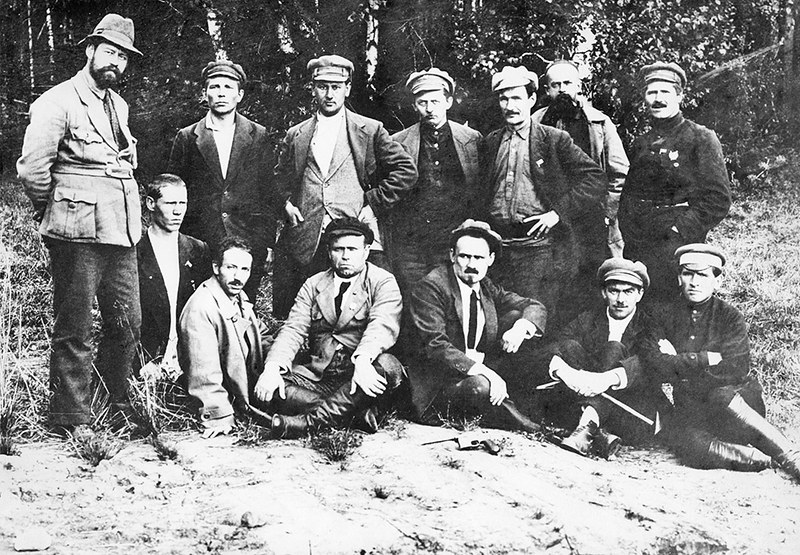 A group of Bolsheviks from the Urals in a photo supposedly taken at the burial site of the Romanovs, in the Koptyaki forest.

The aberrant treatment that the communists gave to the corpses

The wild execution lasted about 20 minutes. Approximately 70 bullets were fired. After the murder, the bodies of the victims were taken in a truck to the Koptyaki forest, where a group of Ermakov henchmen, drunk as he was, were enraged to learn that the prisoners had already been killed, as they had foreseen they would execute it after raping women. Two of the members of this group of gravediggers, made up of characters who deserve only to be classified as rabble, raised the skirt of the tsarina Alexandra and touched her genitals, among mockery. Yurovsky gunned them with his gun, giving them the order to step aside. The corpses were stripped, their clothes burned. The bodies were then thrown into a well and sulfuric acid was poured on them so that they could not be identified if they were located by the White Army. Not satisfied with this, Yurovsky threw several hand grenades into the pit.

The Russian detective Alexander Avdonin and the filmmaker Geli Ryabov located the pit in late May 1979. As the communist dictatorship was still being maintained and no scientists were found who agreed to examine the remains, they decided to cover the tomb again. For decades it was speculated on the possibility that Anastasia had survived, becoming almost a legend. In 1991 Soviet officials exhumed the remains officially, with such little care that they destroyed valuable evidence for the identification of the remains. 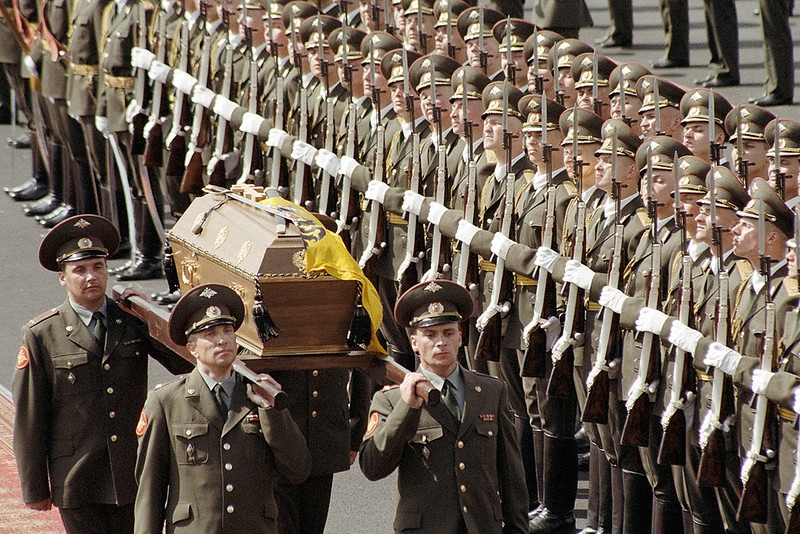 Officers of the Russian Army transferring the coffin with the remains of Tsar Nicholas II to the Cathedral of St. Peter and St. Paul, in St. Petersburg, on July 17, 1998, when 80 years of the crime were fulfilled. The coffin was covered with the Russian imperial flag and with a saber.

The canonization and rehabilitation of the Romanovs in post-communist Russia

After the fall of communism, just as it was 80 years after the crime, on July 17, 1998, the Russian Government moved the remains found in the grave to the Cathedral of St. Peter and St. Paul, in St. Petersburg. The coffins of the bodies found so far were carried on their shoulders by officers of the Russian Army, and the funeral procession received the honors of the troops, presenting their weapons before the coffins. The coffin of Nicolás was covered with the Russian imperial flag and with a saber. The remains of Alexei and one of his sisters, supposedly Maria, were located in 2007 in Koptyaki.

In August 2000, the Russian Orthodox Church announced the canonization of the Tsar and his family. That same year the construction of the Church of All Saints began in Yekaterinburg, built on the site of the Ipatiev house in which the Romanovs were killed. In 2008, the Supreme Court of the Russian Federation issued a ruling rehabilitating Tsar Nicholas II and his family and declaring them victims of the political repression by the communist dictatorship.

In the following video you can see a staging of the crime appeared in the Russian movie “The Romanov: an imperial family” (2000), which is the film version that comes closest to the facts, except that in reality the crime it was even more atrocious, since the scene does not include the bayonet hits with which some of the victims were shot: