Sobame Da: the media silence when Christians are victims of a massacre

I consider myself a very informed person, but I did not know anything until yesterday about the massacre happned a month ago in Sobame Da, Mali, an African country with a Muslim majority.

A massacre presented as part of “clashes” between ethnic groups

On the night of 9 to 10 June, fifty armed men of the traditionally Islamic Fulani ethnic group raided the village of Sobame Da, populated by Christians of the Dogon ethnic group, shooting men, women and children. Then they burned the corpses of the murdered, the cattle and the people. As I pointed out here last year, the Fulani Muslims have also perpetrated killings of Christians in Nigeria. I’ve been looking for news about what happened and one of the first information was given by the BBC, which spoke of 95 dead and 19 missing, quoting as sources local officials and the Government of Mali. The BBC pointed out the Muslim affiliation of the Fulani, but did not say anything about the religion of the Dogons, presenting the issue as an ethnic and even economic struggle, although recognizing that the “confrontations” (curious way of naming the massacres committed by the Fulani) have been rising along with the jihadist threat: “Friction between farmers and the roaming herders over resources is long-standing – but clashes between them have increased since a militant Islamist uprising in northern Mali in 2012.“

About that uprising I spoke here last year in a post about the Spanish military mission in Mali. In January 2012, in the desert region of Azawad (the entire northeastern half of the country) there was a violent separatist rebellion led by the Tuareg, which was supported by the Islamist group Ansar Dine, linked to Al Qaeda. It was the Government of Mali that requested foreign aid to train its Army against the Islamists. Spain has military there since 2013. 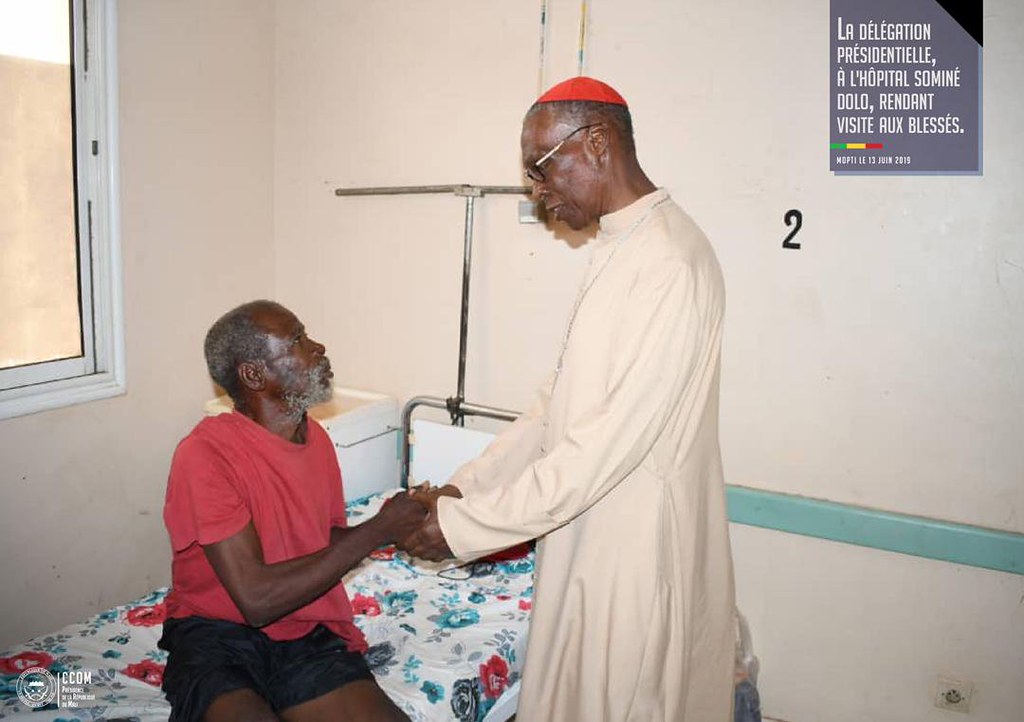 Cardinal Jean Zerbo, archbishop of Bamako, visiting one of the survivors of the Sobame Da massacre at the Sominé Dolo Hospital in Sevare, Mali (Photo: Presidence of Mali)

The scant echo of what happened in the Spanish media

With the massacre of Sobame Da the same thing happened as with other massacres of Christians in Africa. On June 10, the newspaper Abc reported the news, spreading information from Efe that did not mention the religion of the victims or the attackers. No other Spanish media echoed what happened. On June 12, Abc published new information from Efe that reduced the number of murdered to 35, 24 of them children. In addition to that newspaper, only two other Spanish media echoed the news: Diario Vasco and La Vanguardia. That same day the BBC returned to present what happened as part of a confrontation between ethnic groups.

The striking media concealment of the religion of the victims

In a news story about that massacre published on June 11, the Catholic agency Fides said that “on Sunday June 9 in Sobame Da, the Catholic community of the town had celebrated the confirmation of a group of young people.“ No Spanish media reported this information. On June 13, Fides reported on the visit of the Malinese president Ibrahim Boubacar Keïta to Sobame Da, accompanied by Cardinal Jean Zerbo, archbishop of Bamako. The Archdiocese of Bamako reported, according to Fides, that “the funeral of the victims took place in the village church which is essentially composed of Christians.” Only one Spanish media, the Catholic site Ecclesia Digital, echoed this. Through its Twitter account, on June 13 the presidency of Mali published photos of the visit of President Boubacar and Cardinal Zerbo to the scene of the events. The main photo showed a cross in the place of the massacre, something unusual in a country with only 5% Christian population. This photo did not appear in any of the major media. 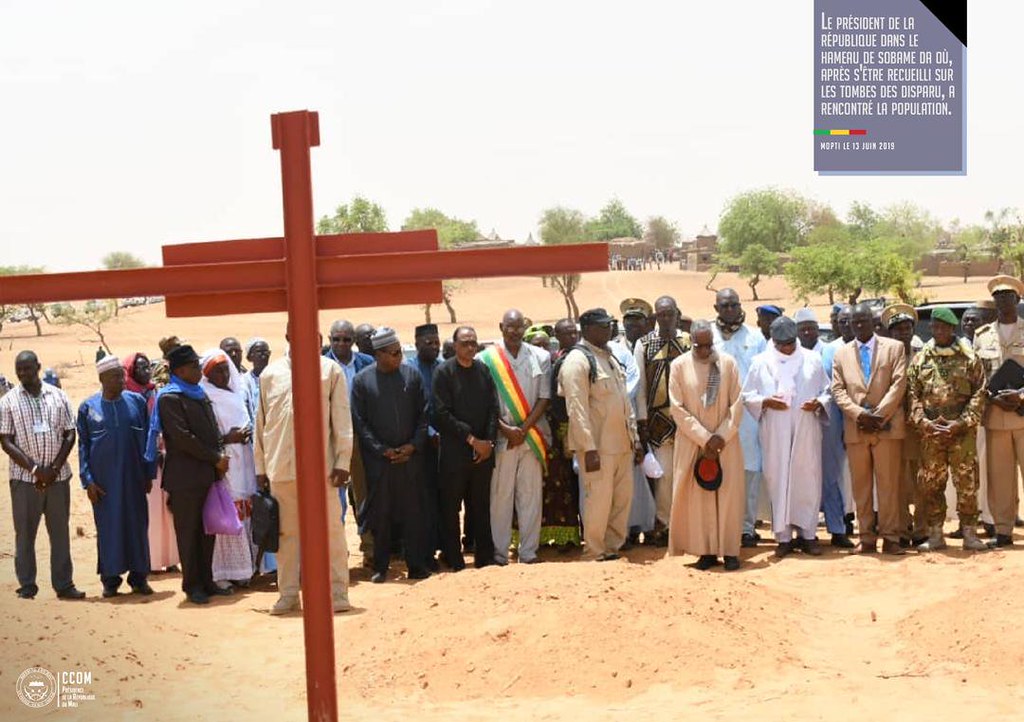 The president of Mali, Ibrahim Boubacar Keïta, and Cardinal Jean Zerbo, archbishop of Bamako, on their visit to Sobame Da three days after the massacre. A Christian cross reminded the murdered (Photo: Presidence of Mali)

On June 22, the Christian NGO Open Doors, which publishes annual reports on the persecution of Christians in the world, said that a contact in Mali confirmed that “all those who died were Christians.” Only a few Christian media published that fact. None of the major international media has published that information.

Finally, last Friday, July 5, the Christian NGO Barnabas Fund pointed out the following, citing a local contact: “Many of the victims’ bodies were burnt – some charred beyond recognition. There are difficulties identifying the remains and the death toll is currently estimated to be between 100 and 135 people.“ The same local source pointed out that these murders or kidnappings of Christians and looting of churches have been perpetrated in Mali since last year. In this case, the attackers “burned the entire village including all the people who stayed or did not dare to go out. Only a few men were able to escape the gunfire.” Again, no great international media has echoed this information. What is the response to this striking interest in hiding the reality of a massacre when the victims are Christian? Why do big agencies and big media hide such relevant data?

Main photo Presidence of Mali. The president of Mali, Ibrahim Boubacar Keïta, and Cardinal Jean Zerbo, archbishop of Bamako, on their visit to Sobame Da three days after the massacre.