The world organization assumes the most radical version of gender ideology

The UN, increasingly radicalized, invents a new nonsense not to say “women”

The United Nations Organization, created after the World War II to prevent new wars, is becoming an ideological imposition agency.

For the UN there are no longer women, but “people who menstruate”

The last example we have had this Sunday. The official Twitter account of UN Women, which is the UN body for women, has published a tweet replacing the reference to women by the expression “people who menstruate”, in a crazy attempt to do not offend women who identify as men: 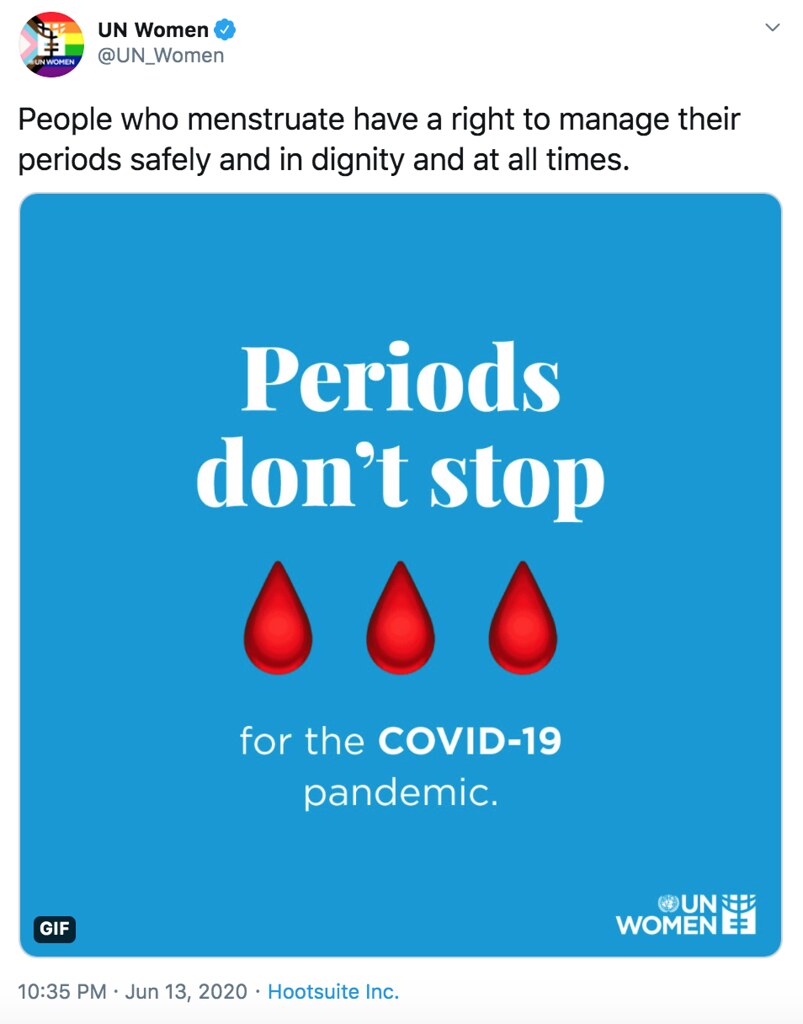 In this way, the UN joins the so-called queer theory, the most radical version of gender ideology, which considers sex as a matter of mere choice without any relation to Biology. That theory is colliding even with left-wing feminism, in fact erasing the concept of women. It is worth asking if from now on the UN agency for women will change from being called “UN Women” to being called “UN People Who Menstruate” …

There is a paradox, and that is that in 2019 one of the vice-presidents of the executive board of UN Women was Marwan Ali Noman Al-Dobhany, representative of the Republic of Yemen to the UN, one of the countries in the world that worst treats women. UN Watch reported that Yemen is the worst country on the list of gender inequality in The Global Gender Gap Report 2018 (see PDF). Of the 149 countries analyzed, Yemen was ranked 149th. A curious fact that highlights the curious alliance between islamism and the left, an alliance that seems to direct its efforts at laminating the moral foundations of Western culture and imposing the thesis of gender ideology in free countries, while avoiding disturbing the Islamic regimes that mistreat women the most, such as Iran or Saudi Arabia.