The 20th anniversary of the attacks of September 11, 2001 has been commemorated with several tributes to the victims celebrated in Spain.

Tribute ceremony at the Rota Naval Base

At Rota Naval Station, a joint Spanish and US base, sailors from both countries participated in a joint act held in the base’s chapel. 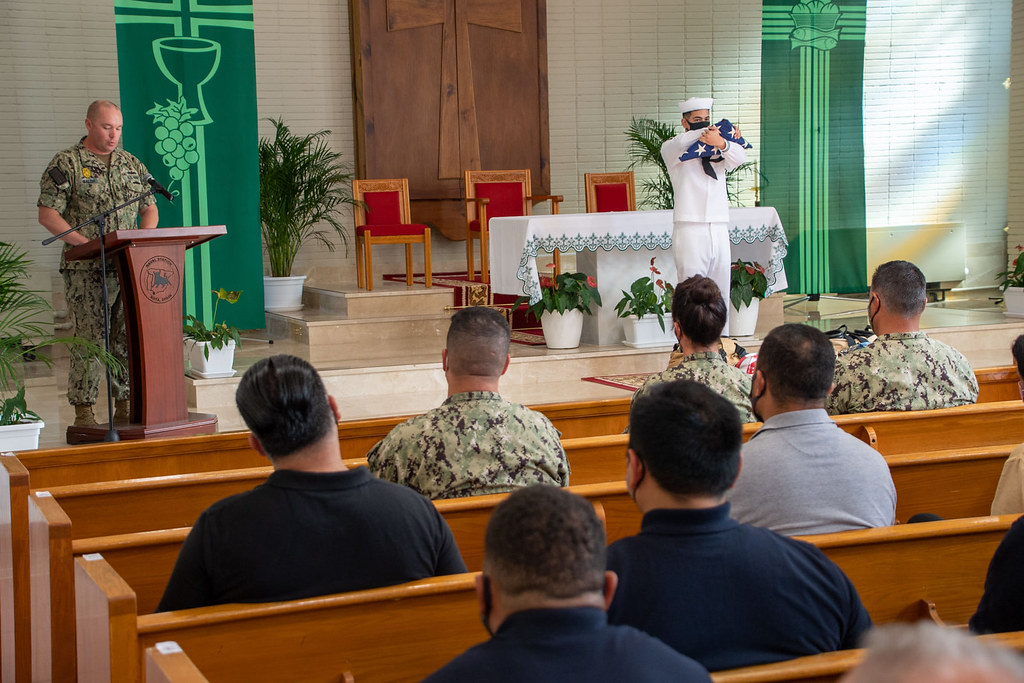 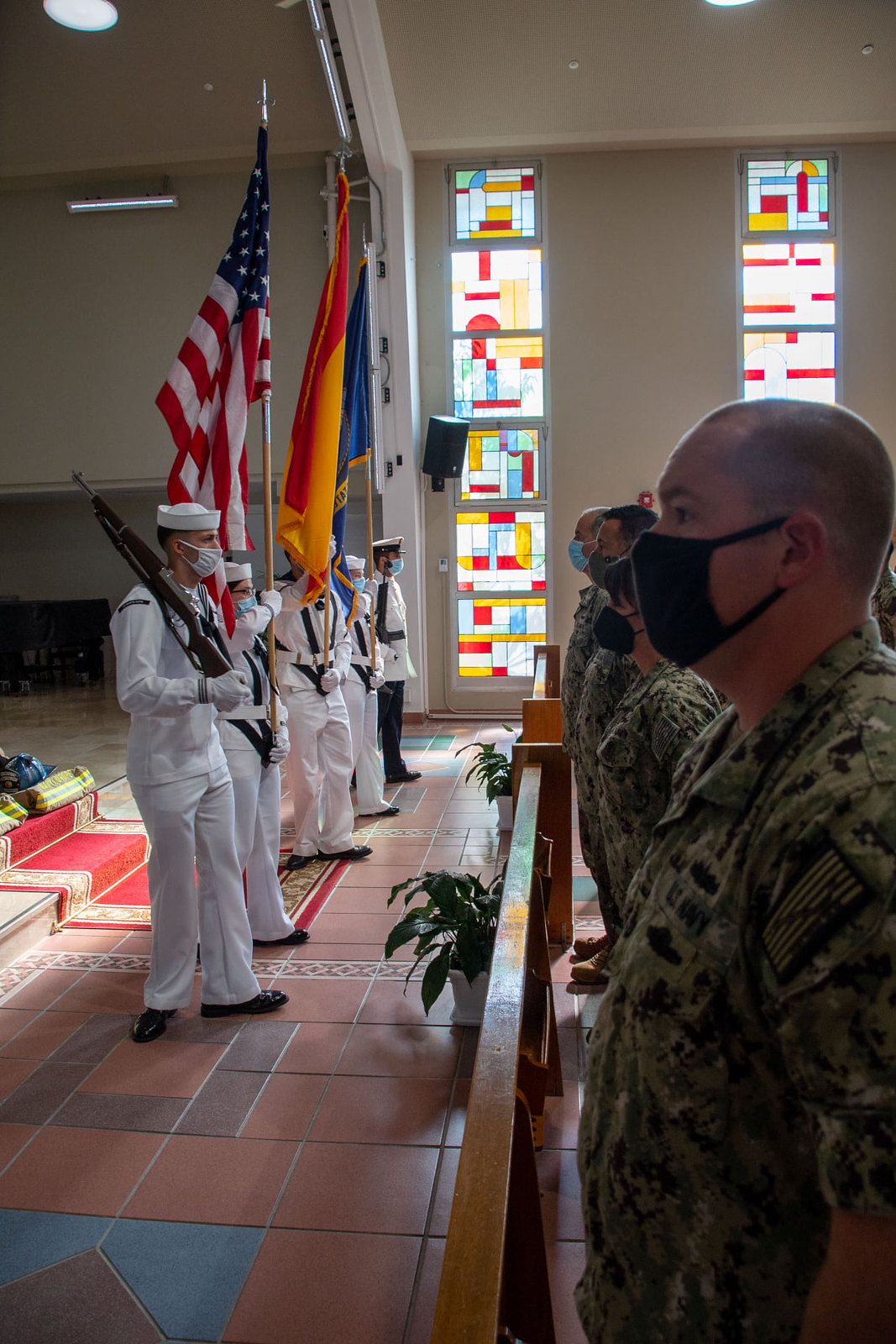 In the act they have issued images of the tragic events that took place that day. Here we see the moment in which the second plane hit the South Tower of the World Trade Center. 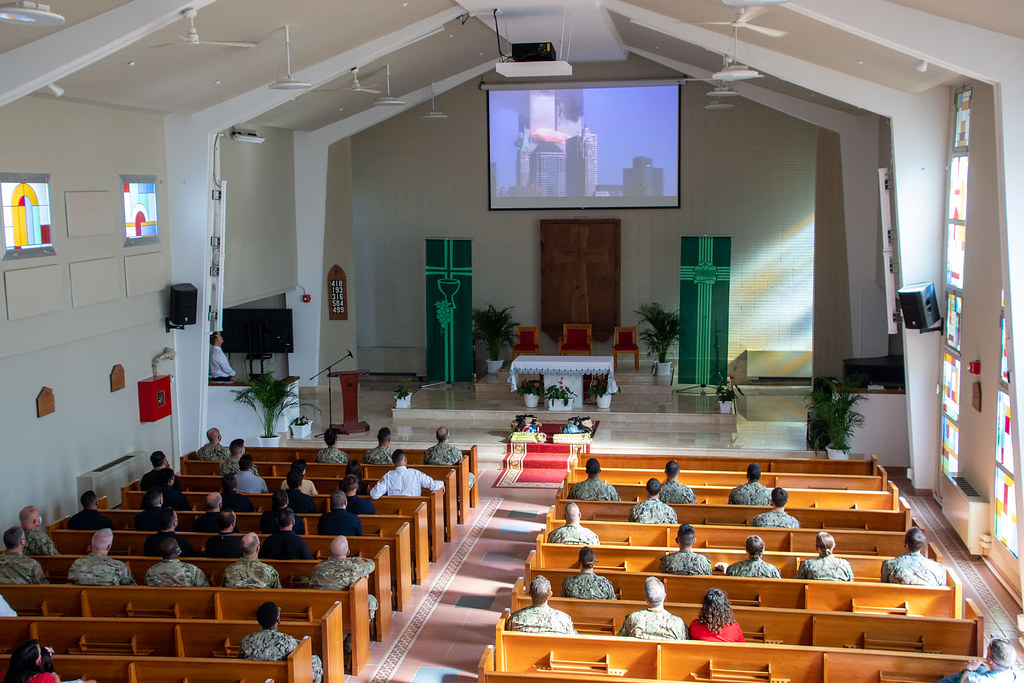 A US sailor has shown his folded Flag, as it is deposited in the hands of his relatives during the burials of his Fallen. Before the altar were two equipments of the American firefighters from the Base, in memory of the firefighters who died in the attacks. 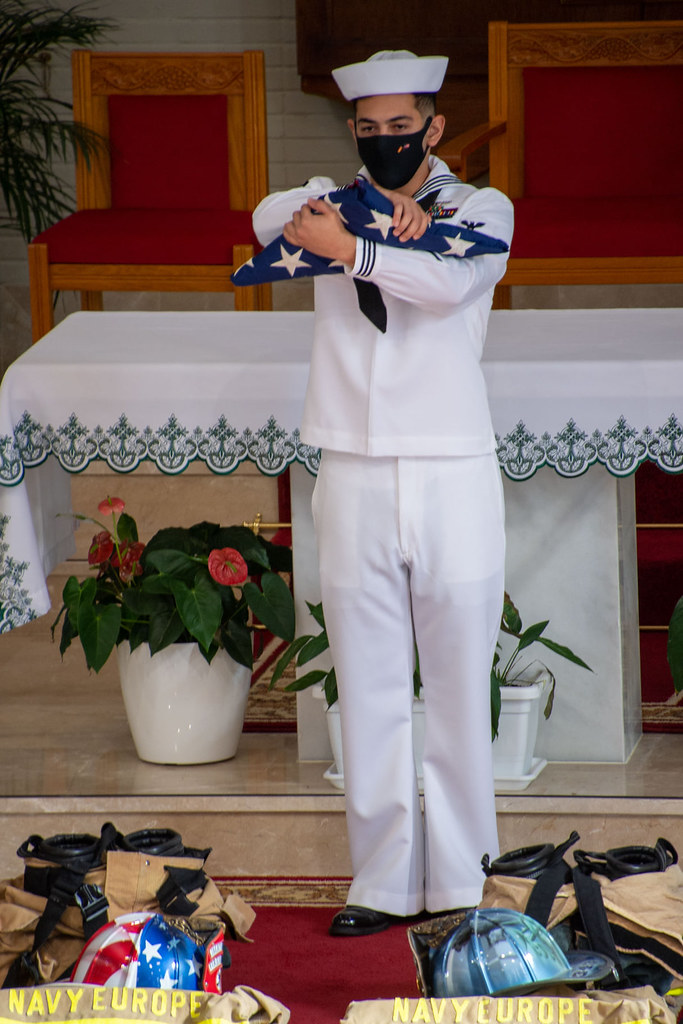 Tribute ceremony at the US Embassy in Madrid

In addition to the aforementioned tribute in Rota, an act of remembrance has also been held at the US Embassy in Madrid for the victims from the 9/11 attacks. 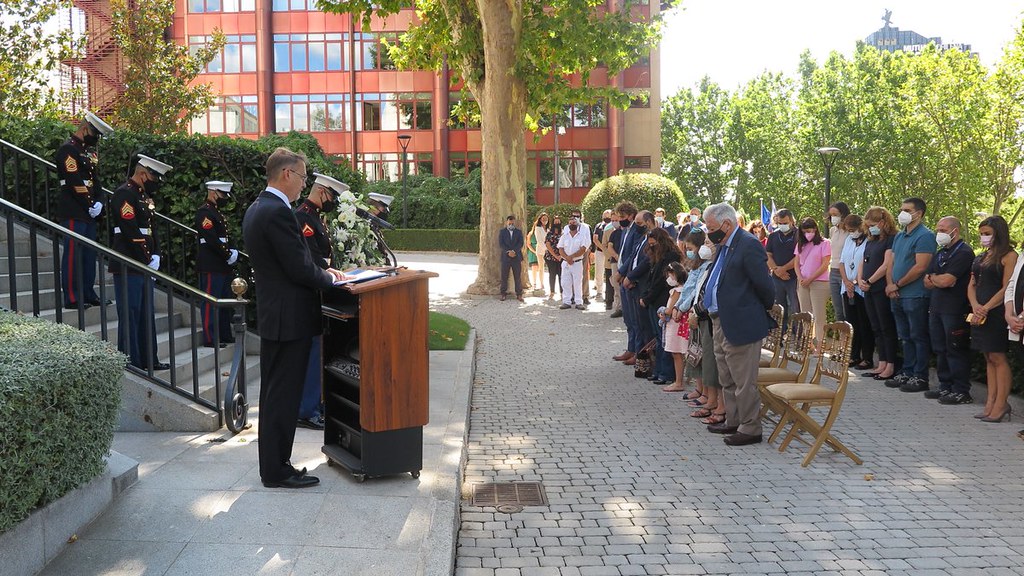 This event was attended by José Luis de San Pío, father of Silvia de San Pío, the only Spanish victim of the attacks, who died in the North Tower along with her husband, John Thomas Resta, and their unborn son, Dylan. 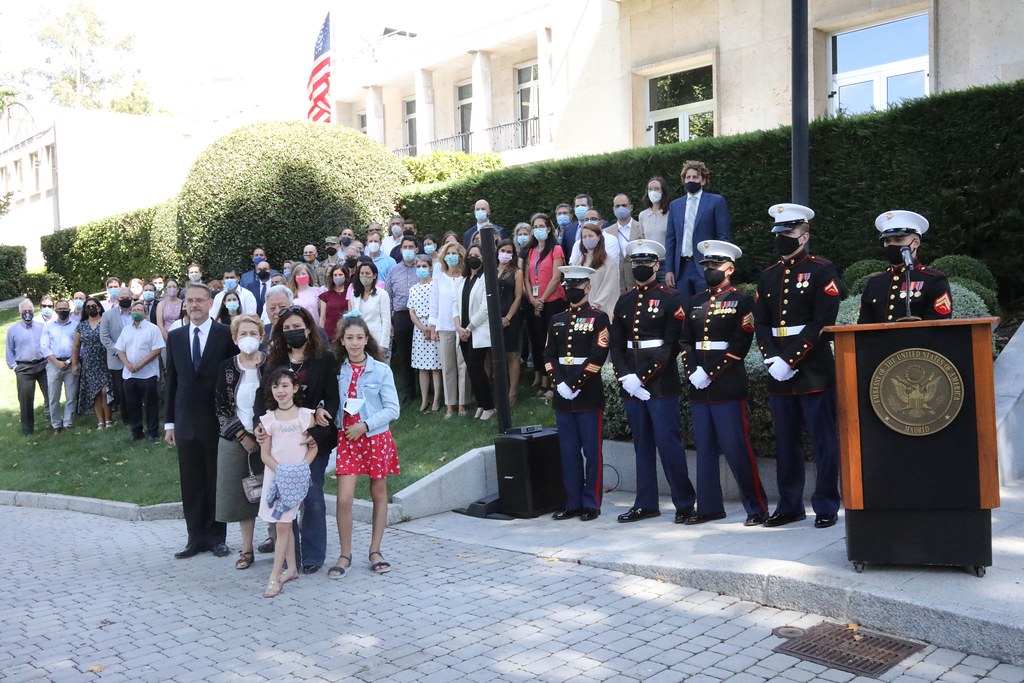 During this act, the personnel of the US Marine Corps that guards the Embassy raised their National Flag at half mast on the mast of the compound, as a sign of mourning for the victims of the attacks. 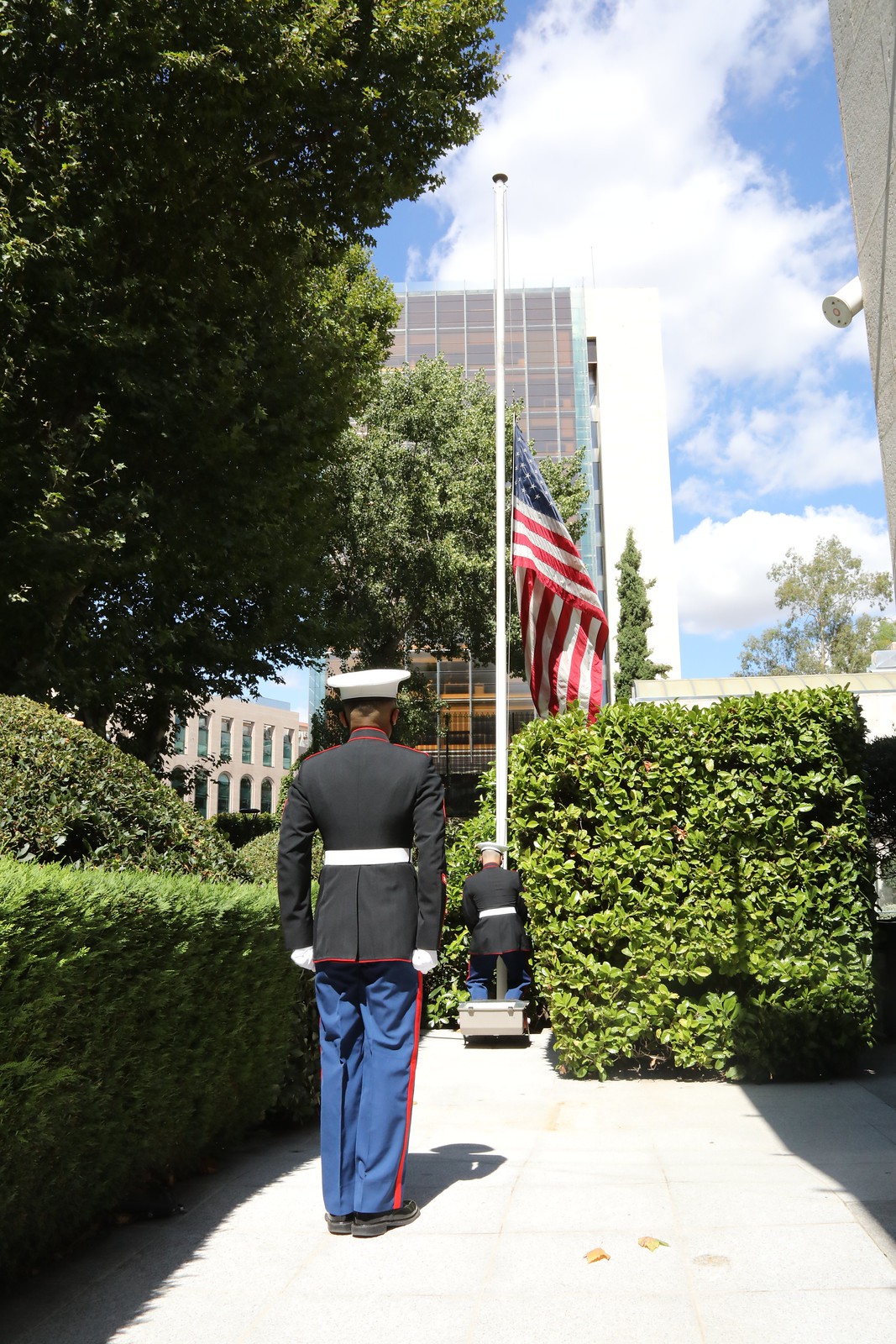 Tribute ceremony at the US Consulate in Barcelona

Likewise, at the United States General Consulate in Barcelona a tribute was also paid to the victims from 9/11, in this case only with civilian personnel. During the event, an oak tree was planted in the gardens of the Consulate and a moment of silence was kept in tribute to the victims. 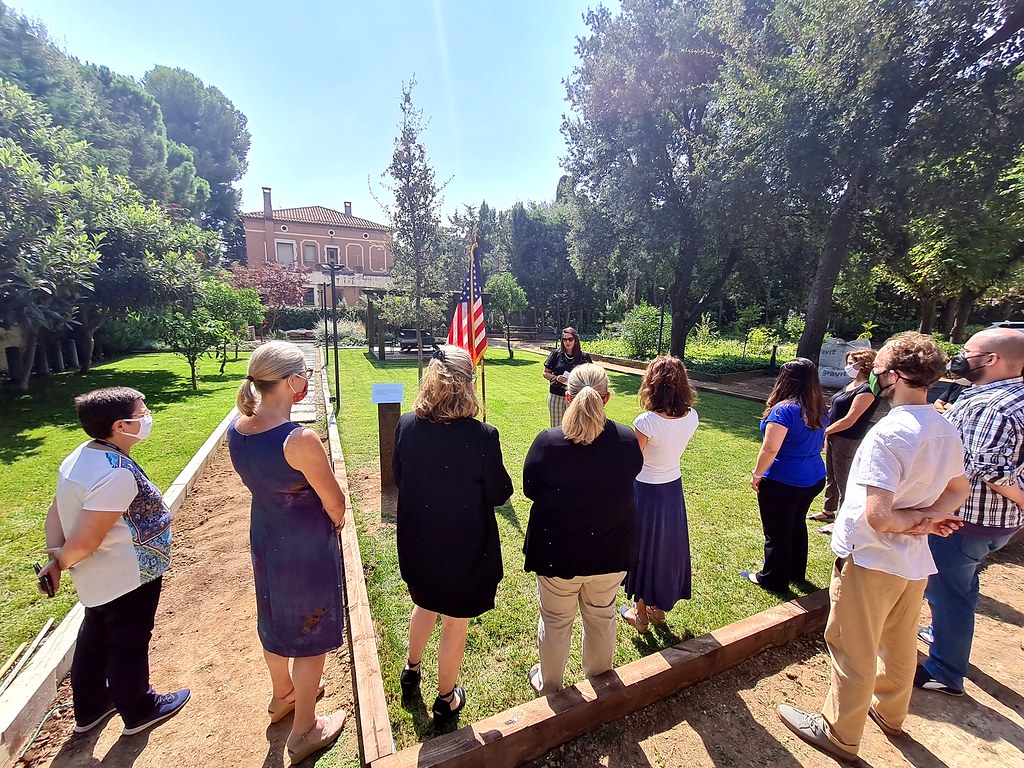 Photos: Naval Station Rota / US Embassy in Madrid / US Consulate in Barcelona.