Poland has deployed 13,000 soldiers from four divisions to the border

Thousands of Polish guards, policemen and soldiers are defending not only the eastern borders of their country, but also those of the European Union.

“We defend the entire European Union”

The migratory attack initiated by Belarus this summer, and which this Monday had its most serious moment, is not causing a serious crisis in the rest of Europe because there are thousands of Poles there to defend us from that invasion. “The open door policy has caused acts of terror in Western Europe,” Mariusz Błaszczak, Polish Minister of National Defense, recalled today. “I always spoke about it in the EU forum when I was still Minister of the Interior and Administration. Currently, Poland is defending not only its territory against another wave of illegal migration. We also defend the entire European Union.“ 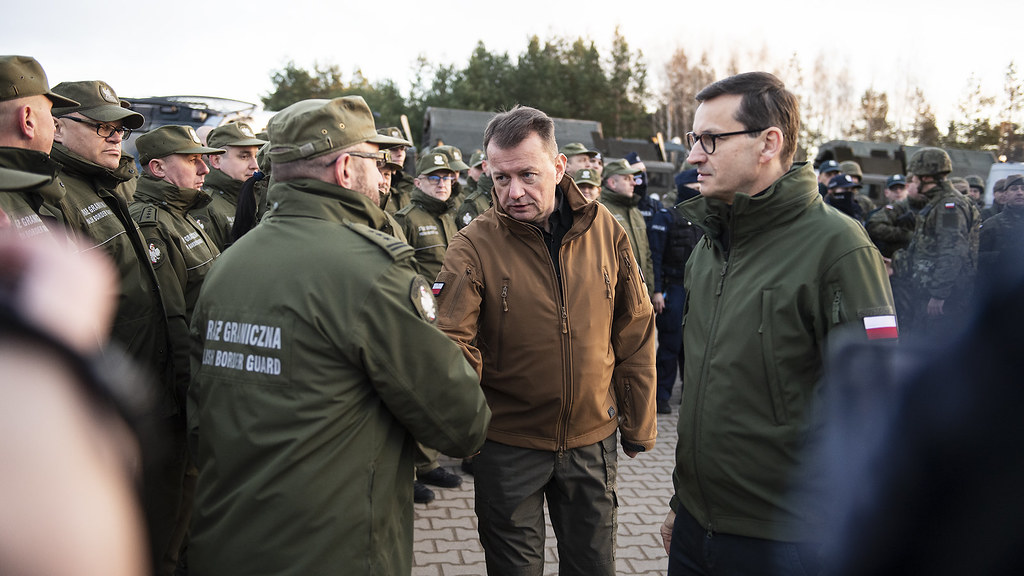 Mateusz Morawiecki, Prime Minister of Poland, and Mariusz Błaszczak, Minister of National Defense, this morning visiting the police and military units that guard the border between Poland and Belarus (Photo: Ministerstwo Obrony Narodowej).

Poland offered aid to Spain for Ceuta: Sánchez has yet to offer Poland anything

It is the same defense that the members of the Civil Guard and the National Police of Spain make on the southern border. They had to be supported by Spanish Army forces last May during an assault on the Ceuta border fence, very similar to the one that Poland is suffering. Then Morocco was the instigator, now it is Belarus. We must remember, by the way, that in May, the Polish government offered Spain reinforcements of its Border Guard in order to stop the migratory invasion of Ceuta, an offer that the socialist-communist government of Pedro Sánchez did not, an ingratitude towards our Polish allies that contrasts with the expressions of support that Poland is receiving from Spain through social networks.

In May, Defensa y Aviación reviewed here the military units deployed on the border, and we are going to do the same now with the Polish corps that are guarding the eastern border of the EU: 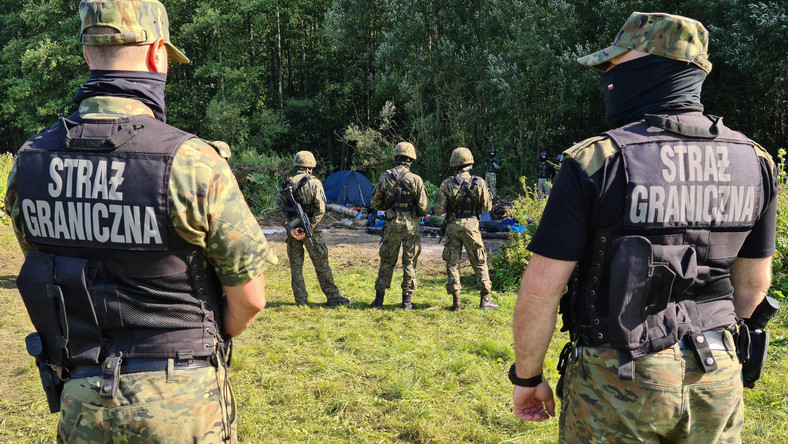 The Straż Graniczna (SG, Border Guard) is the police force in charge of the land and sea borders of Poland. It is a civilian corps, dependent on the Ministry of the Interior, but with a military-style ladder. It was created in 1928 and abolished after the German-Soviet invasion of 1939. It reappeared in 1990 after the fall of communism, replacing the Border Protection Troops of the dictatorship. It is in charge of the following border sections:

The SG guards are recognizable because they wear uniforms that are olive green or with a camouflage pattern, the SG-14, very similar to the American Multicam. In addition to land vehicles, the SG also has boats, helicopters and airplanes to carry out its functions. 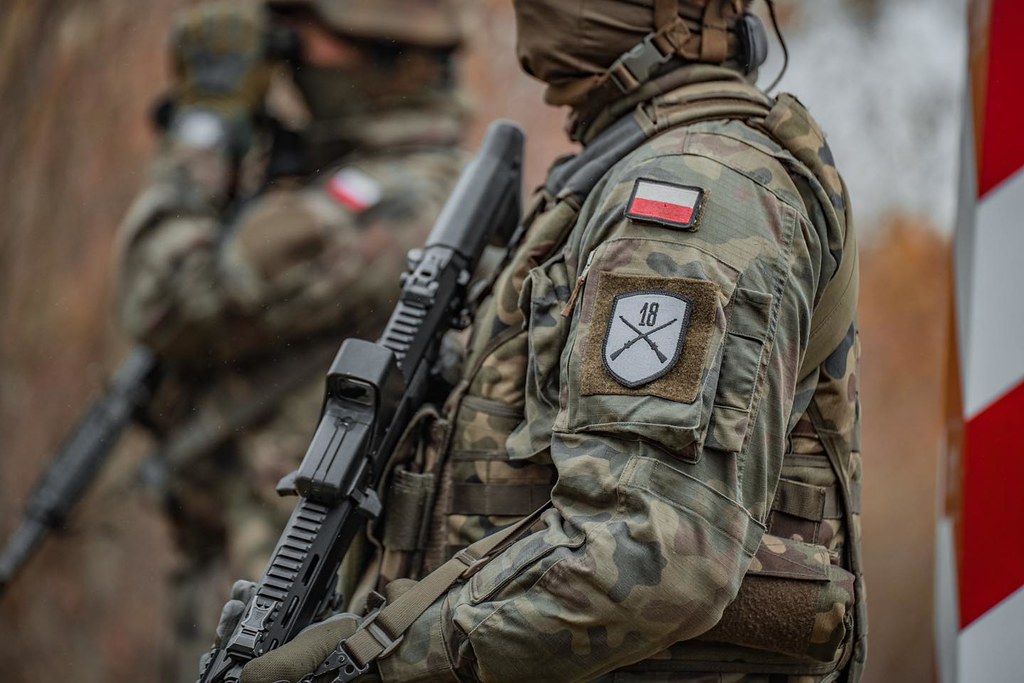 The Wojsko Polskie (Polish Army), a name given to the Armed Forces as a whole in Poland, currently has 13,000 soldiers from 4 different divisions deployed in support of the Border Guard, as reported today by the Ministry of National Defense. A large part of these troops belong to the Wojska Lądowe (Land Forces), the equivalent of the Spanish Army. On October 29, the Ministry of National Defense reported the presence of soldiers from the following divisions of the Land Forces supporting the Border Guard:

In addition, the Land Forces are also contributing helicopters and drones to the border surveillance device. 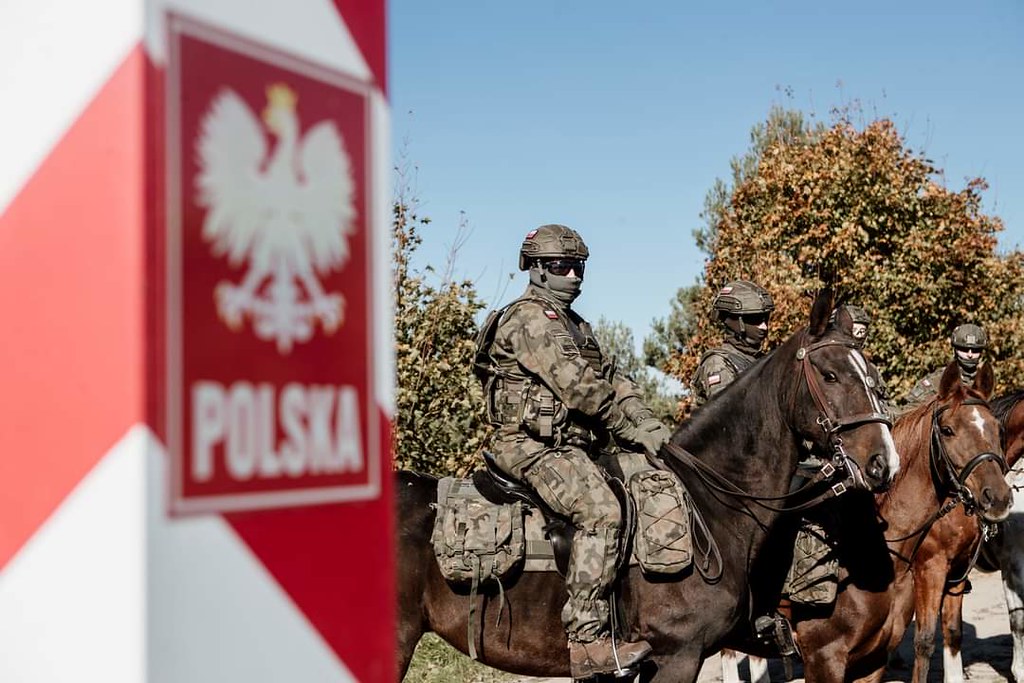 The Wojska Obrony Terytorialnej (WOT, Territorial Defense Force), also part of the Polish Army, was formed in 2016 on the model of the United States National Guard. It is currently made up of 53,000 men and women, part professionals and part reservists. Its soldiers are recognized because they wear the same Wz.93 Panther camouflage as the Ground Forces, but with brown berets. In the border area, its members have been seen wearing FAST helmets. As you could already read in Defense and Aviation a month ago, the 2nd Lublin Brigade of the WOT has deployed horse patrols on the border, due to the advantages that these mounts offer in the difficult border terrain between Poland and Belarus. 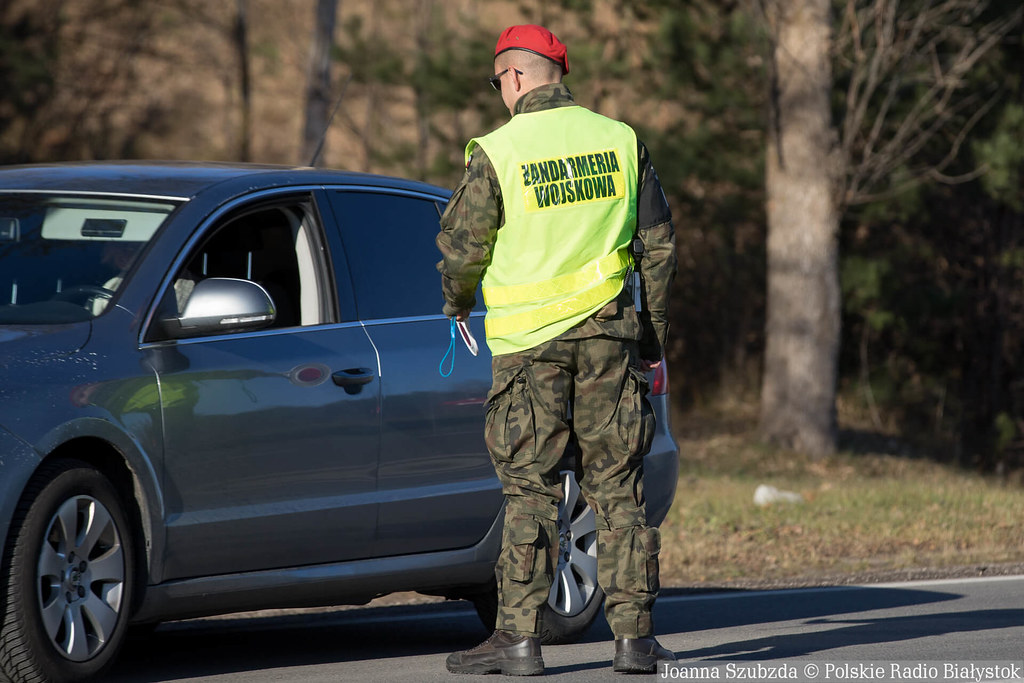 Another body of the Polish Army that has been deployed to the border with Belarus in support of the Border Guard is the Żandarmeria Wojskowa (ŻW, Military Gendarmerie), which is the Polish Military Police. As in the case of the German Feldjäger, the ŻW is an independent branch of the Armed Forces that exercises its functions in the other branches. Its agents wear the same uniform as the Land Forces and red berets. Today Polskie Radio Białystok has shown

The Polska Policja (Polish Police) is a civilian police force under the Polish Ministry of the Interior. Their agents wear dark blue uniforms. Currently, the Polish Provincial Police Headquarters in Białystok has deployed agents in Kuźnica in support of the Border Guard, including policemen with crowd control equipment.

From Spain, I am grateful for the work that the members of these police and military forces are doing in defense of the eastern borders of the EU. It is shameful that the European Commission has not yet offered economic aid to Poland to sustain all this deployment that is protecting all the citizens of the Union.