The images of the latest Belarusian attack on Poland: a Polish policeman seriously injured

The migratory attack orchestrated by the Belarusian dictatorship against Poland is on the rise, and today has had its most violent day since November 8.

This morning, at the Kuźnica border crossing, immigrants brought to the border by Belarusian officials attacked Polish Police officers with stones. In this video published by the Polish Ministry of National Defense you can see the stone attacks: “Today’s attack is carried out under the strict control of Belarusian service officials,” the Ministry says. In the video, a Belarusian official in a camouflage uniform is seen attending the attack without doing anything to prevent it.

The Polish Ministry of the Interior today published this video showing the attacks with stones and other objects, and the defense of the Polish Police using water cannons to disperse the attackers: “This was the morning attack by migrants on Police officers Polish woman at the border crossing in Kuźnica. The professional actions of the police officers allowed them to control the situation,” the tweet from the Ministry says.

In today’s serious attack not only immigrants, but also Belarusians have participated: “Polish policemen and service officers were attacked today with objects like those in the attached film (stones, sticks, metal tubes, roaring and heart-rending grenades). The attacks were perpetrated by Belarusians inspired by the service of the regime and its officials,” the Polish Police denounced this afternoon in the following tweet that shows the objects thrown from the Belarusian side of the border:

A Polish policeman, seriously injured and with a fractured skull

This morning the Polish Police published this photo of the stones and other objects thrown at their officers, in a Twitter message with the following text: “Unfortunately, as a result of an attack by people inspired by the Belarusian side, one of the policemen he was seriously injured, he is currently being helped, an ambulance takes the police to the hospital, it is likely that the skull bone was fractured after being hit by an object.” 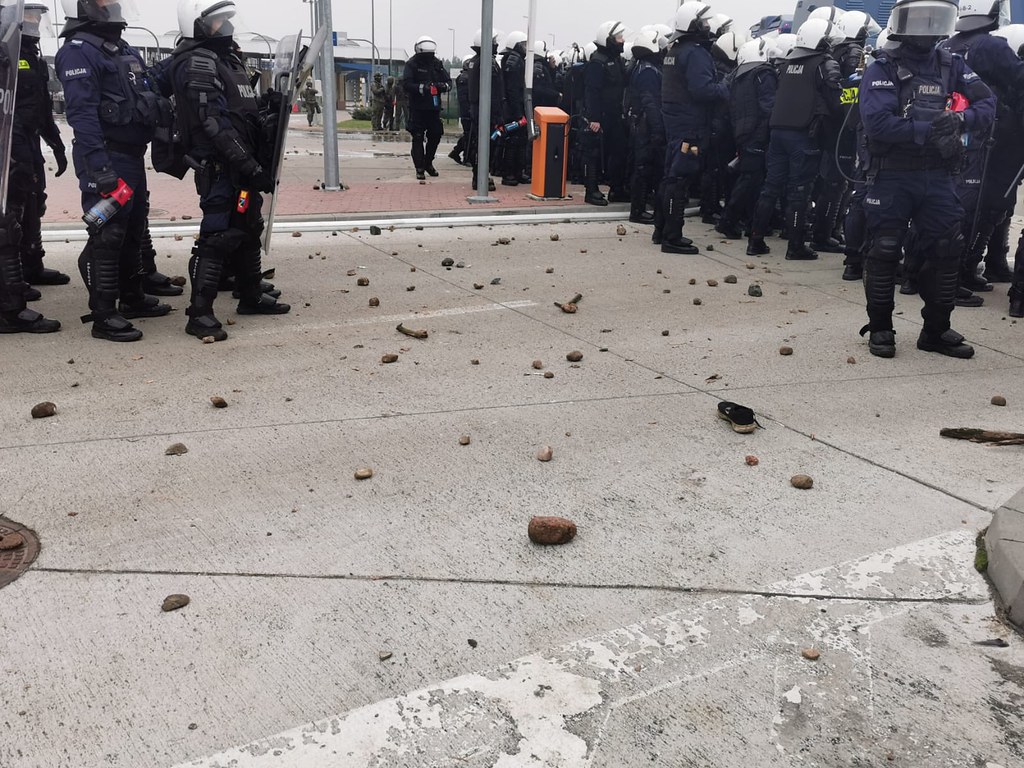 Despite the extreme violence of the attack, the policemen have maintained the defense line of the Polish border post, preventing immigrants and Belarusians from attacking it. “We defend the Polish border!”, The Ministry of the Interior announced today. The Polish Border Guard reported this morning that this Monday “there were 224 attempts to cross the border.” 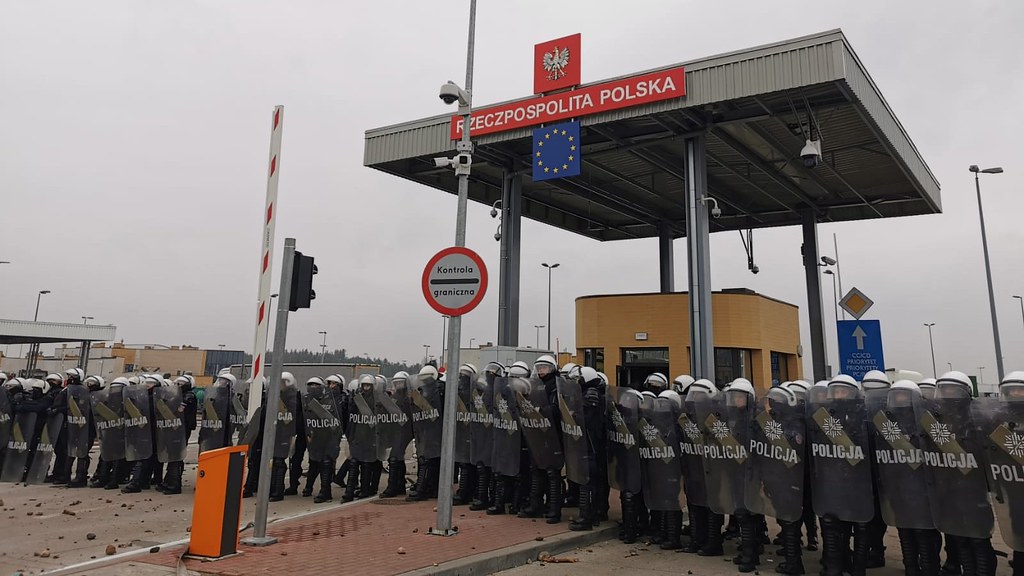 A female Border Guard officer, hospitalized after receiving a stone

This afternoon, the Polish Border Guard published this message: “A female Border Guard officer from the post in Kuźnica was injured during today’s attack by foreigners on the Polish border. One of the stones hit her, the officer she was transferred to the Emergency Room, she will be given medical assistance.”

9 Polish policemen, 2 guards and a soldier have been wounded in the attack

In the afternoon, the Polish Police published this video of the attack, with the following text: “7 policemen injured during today’s attacks. This includes a policeman struck by a stone on the head and taken to hospital; a policewoman with a head injury taken to the hospital and 5 policemen with injuries to their arms and legs. The damage was caused by the objects thrown at us.“

This afternoon, in an interview broadcast by Polsat News, the Inspector General of the Polish Police, Jarosław Szymczyk, has denounced that Belarusian officials have participated in today’s attack, noting that 12 people have been injured: 9 policemen, 2 border guards and a Polish soldier. Szymczyk has confirmed that the Polish Police have moved “a large force of counterterrorism units there.”

Likewise, Szymczyk has stated: “There are many indications that it was mainly masked Belarusian officials who initiated the assault. The level of aggression was unheard of. It was a real threat to health and life.”

Regarding the message launched against the Police by the Polish MEP Janina Ochojska, from the Citizen Platform (the Polish partner of the European People’s Party), criticizing the use of water cannons against people who “have nowhere to dry”, Szymczyk has commented : “All the migrants on the other side would still have their clothes dry if they had not started throwing stones at the Polish service officers and Polish soldiers.”