On October 6, 1973, taking advantage of Yom Kippur (the Day of Atonement, the holiest holiday in Judaism), a coalition of Arab countries led by Egypt and Syria invaded Israel through the Sinai Peninsula and the Golan Heights. Lieutenant Zvika Greengold, born in a kibbutz founded in Israel by survivors of the Jewish resistance against nazism, was assigned to this last place.

At just 21 years old, Zvika managed to round up two recently repaired British-made Centurion tanks and headed to the front with them, resisting an armored column of the Syrian Army's 51st Independent Tank Brigade, made up of T-55 tanks of Soviet manufacture. Using of the tactical advantage of the terrain, Zvika managed to destroy 10 enemy tanks, leading the Syrians to believe that they were facing a much larger force, so they beat a retreat. 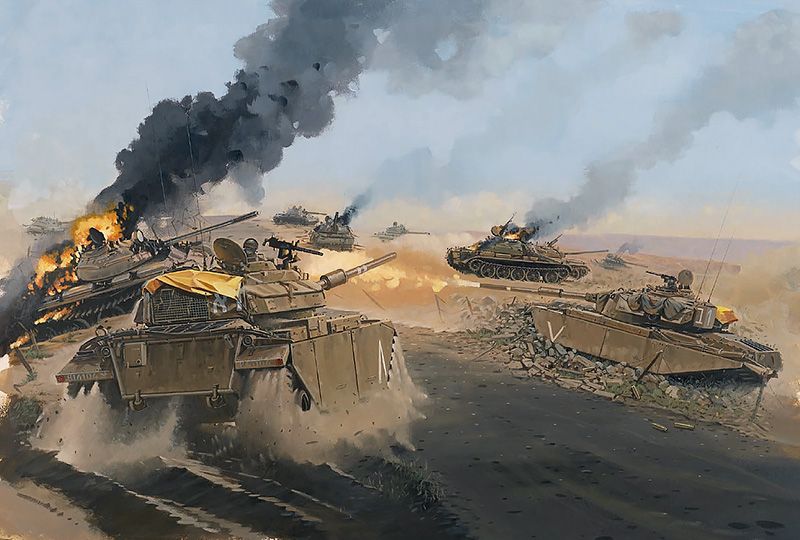 After losing one of his two tanks, Zvika continued to fight until he found an Israeli armored column led by Lieutenant Colonel Uzi Mor, which he joined. The Israeli force suffered heavy losses. Zvika was injured. The driver of his tank died. Despite his injuries, the young lieutenant continued to fight, taking advantage of the still operational tanks he managed to find, and tirelessly facing outnumbered Syrian T-55 and T-62 tanks.

Zvika kept fighting when the rest of the Israeli tanks had already been damaged or destroyed and only his was left. At least 20 tanks destroyed by this brave lieutenant were confirmed, although some sources attribute the destruction of up to 40 or 60 enemy tanks to him, in an action that lasted almost 30 hours and that left the Israeli officer exhausted, having to be hospitalized after that fierce fight.

For his feat, Zvika was awarded the Itur Hagvura (Medal of Valor), the highest decoration in the Israel Defense Forces. In 1974, Zvika was discharged with the rank of Captain. He later became a businessman and became mayor of the city of Ofakim. On February 10, he turned 70. He continues to live in Israel, where he is considered a war hero.