There are many countries that have abandoned towns, but few are as large as the United States. There a ghost town can be lost in oblivion.

That was the case of Uncle Sam Camp, a small town linked to a mining operation, the Uncle Sam Mine, located in the rugged desert area between California and Nevada. A few months ago, the YouTube channel Part-Time Explorer published a video in which it was proposed to find this ghost town with the help of archaeologist Alan Patera. He had found this ghost town on a topographical map from 1957.

It must be said that the name of Uncle Sam Camp was assigned by these searchers, since there is no record of the name of this town, or the date of its foundation or how many inhabitants it had.

Alan Patera worked on the US Census and despite all the resources he had at his disposal, he did not find any records on it. Just that 1957 map that indicated there were five buildings there. This is without a doubt one of the most difficult quests I've seen in an urban exploration video, as the town is at the bottom of a canyon and the path leading to it was lost due to landslides. In the video they estimate that the town was founded in the 1870s, and that it had a rebirth in the 1920s, always linked to that mining operation.

In the place there is an abandoned 1930 Ford and in very bad condition. Presumably at that time there would have been a road to the village on which this car could drive. Right now it is inexplicable how that car got there. 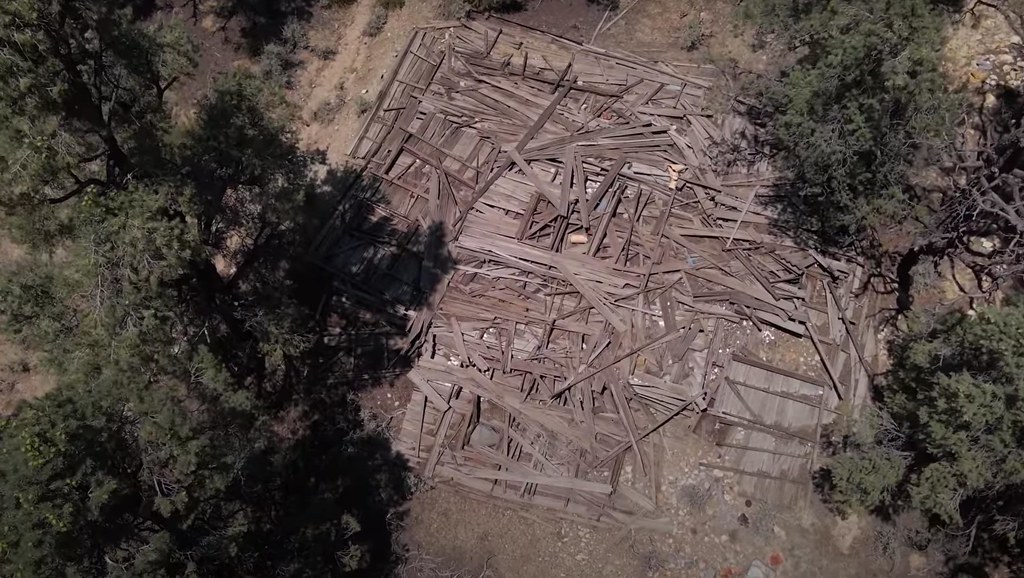 This is all that remains of the buildings that appeared on that 1957 map: a pile of timber lying on the ground. Surely, the inclement weather reduced the old town to rubble. 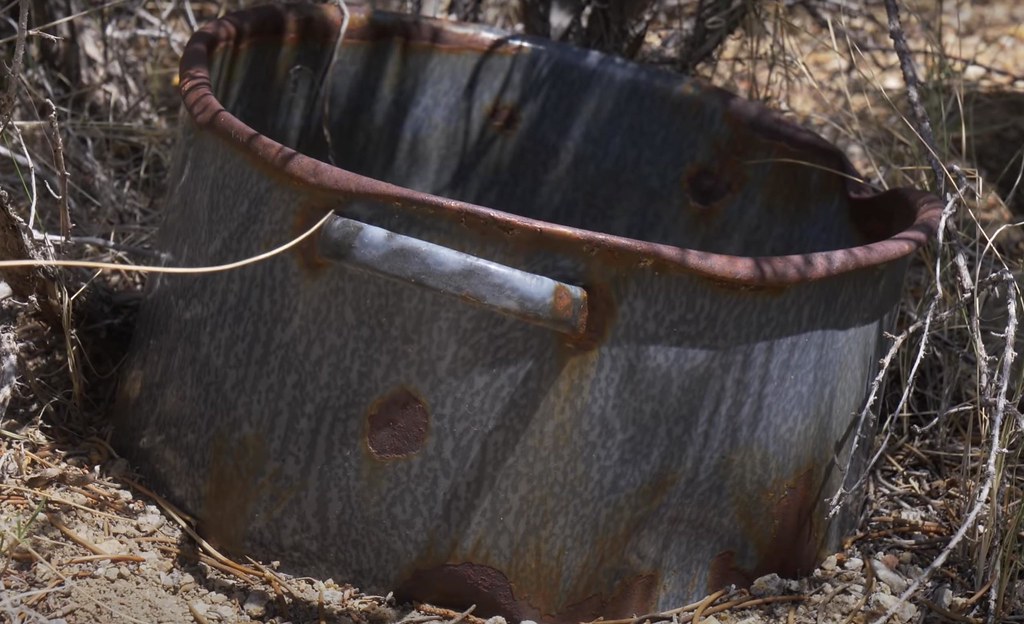 This old pot also appears in the video, which surely belonged to the inhabitants of the town. 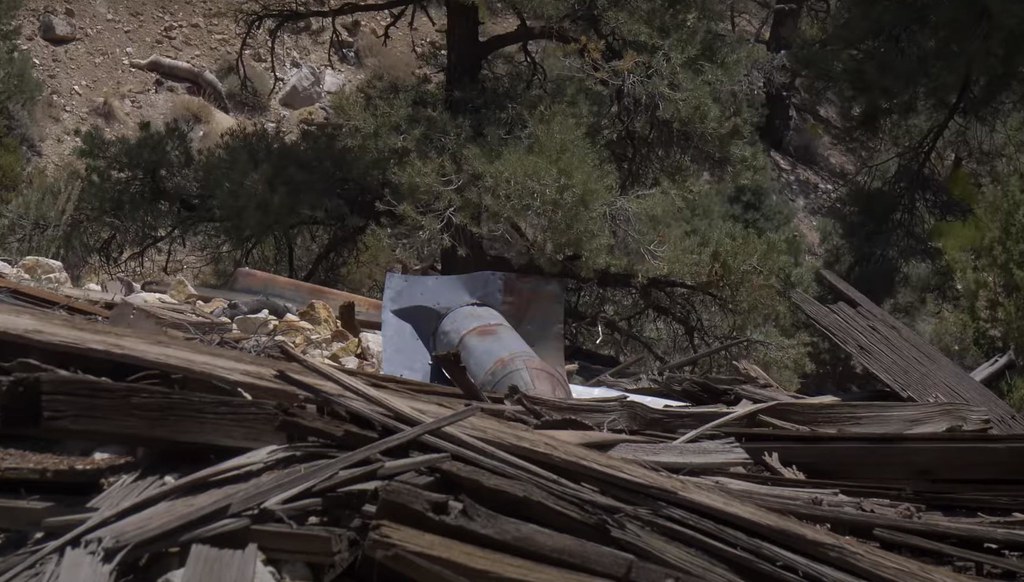 Another image of the dilapidated remains of the houses, next to what looks like an old metal chimney. 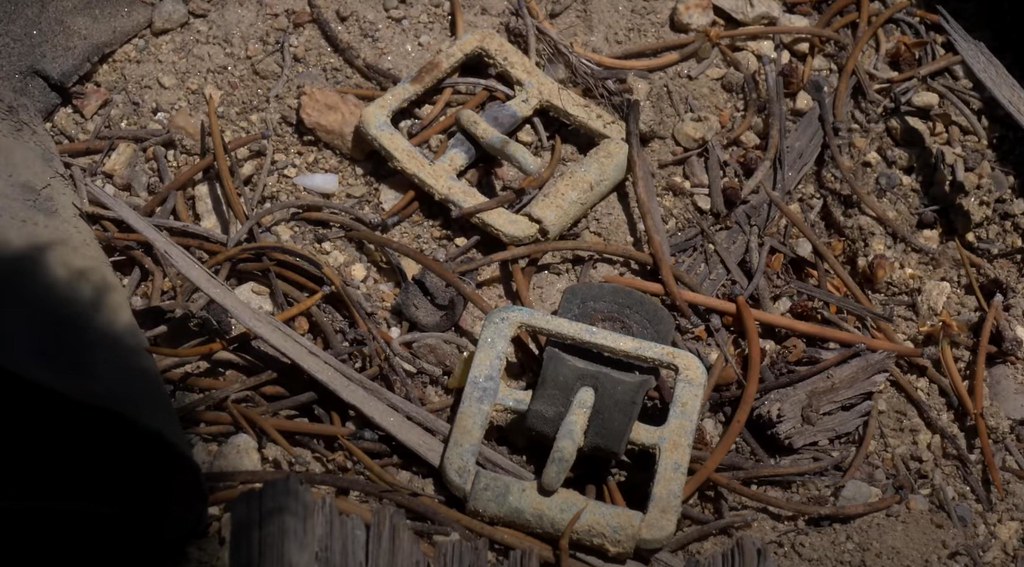 Old buckles from the early 20th century. Significantly, on the surrounding trails and in the unnamed town itself, there are no recent remains of rubbish. Everything seems abandoned for almost a century.