Panther KF51: this is the latest generation combat tank that will replace the Leopard 2

The German company Rheinmetall today presented a new main battle tank, that will replace the already famous Leopard 2, in service since 1979.

Named Panther KF51, following the German tradition of putting names of felines to their main battle tanks (in this case they reuse the nickname used by the 1943 Panzer V Panther), Rheinmetall published today after 3:00 p.m. CMT the following video showing how this armored vehicle will be:

The official presentation was made at the same time at Eurosatory, a defense exhibition held in Paris, discovering a vehicle that was covered with a tarpaulin. On its website, Rheinmetall refers to the Panther as “a radically new MBT concept not constrained by yesterday’s technology. Drawing on some of the latest technologies, the Panther was designed from the ground up to deliver the highest lethality on the battlefield, combined with an integrated survivability concept and connected by a fully digitised NGVA data backbone to enable next-generation operational capabilities and automation. This enables a reduction in crew size, which paves the way for unmanned turret options and Human-Machine Teaming.”

One of the most notable details of the Panther is its 130mm Future Gun System (FGS), a larger caliber than the 120mm Rheinmetall L55 gun that the latest versions of the Leopard 2 have been using. The German company has also announced another new feature of the Panther compared to its predecessor: “a fully automated ammunition handling system”.

According to the German company, the new FGS gun, “developed by Rheinmetall, enables a 50 per cent longer kill range to be achieved (than 120 mm) with an unrivalled rate of fire due to the autoloader performance.” As for the armament, there is another important novelty: the Panther will carry a 12.7mm coaxial machine gun, instead of the already classic 7.62mm MG3 that the Leopard 2 carried. 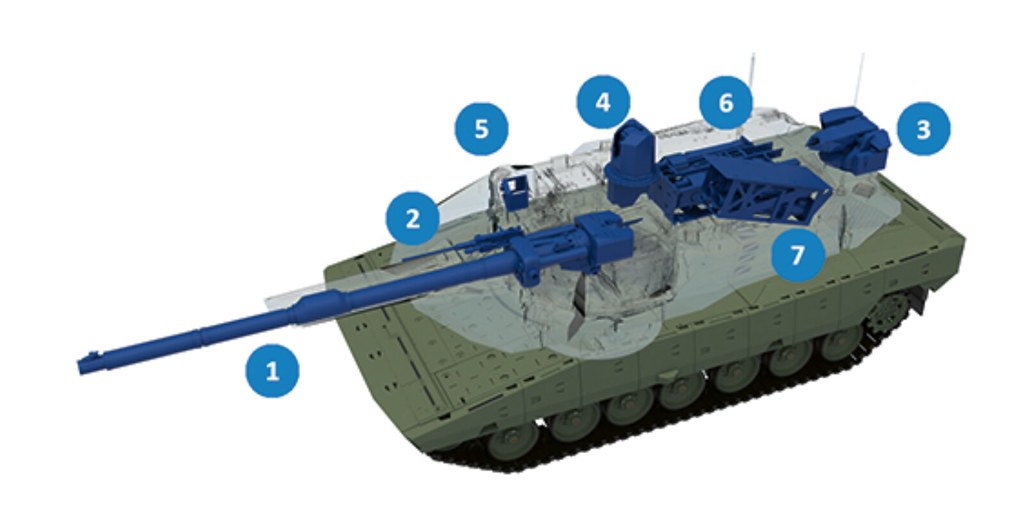 In this image published by Rheinmetall we can see the inside of the turret:

As you can see in the following screenshot of the Rheinmetall video, externally the Panther has certain similarities with the Leopard 2, both in its chassis and in its turret, which shares the same wedge-shaped armor layout.

Rheinmetall has indicated that the combat weight of the Panther will be 59 tons (the Leopard 2A6 weighs 62.3) and it will have a range of more than 500 km. The German company points out that the Panther “provides far greater mobility than current systems. This puts it in a battle-winning weight category and it also fits the tunnel profile AMovP-4L without preparation: a requirement that no current MBT upgrade fulfils. Consequently, the Panther excels in tactical and strategic mobility.”

Another important aspect of the new battle tank is its computer technology: “The Panther is a truly software-defined tank fully enabled to collect and disseminate information on the multi-domain battlefield. Deep integration of modern BMS and software-defined communication systems enables forces to operate in collaborative combat environments such as cross-platform sensor-to-shooter links. The Panther is designed to control assigned unmanned aerial vehicles such as on-board or off-board drones, loitering ammunition and a range of uncrewed ground vehicles.”

Although the Panther will usually carry three crew members, the official dossier of the battle tank published by Rheinmetall, on its chassis there will be a place for an optional fourth crew member. In this image of the dossier we see the place that each one will occupy: 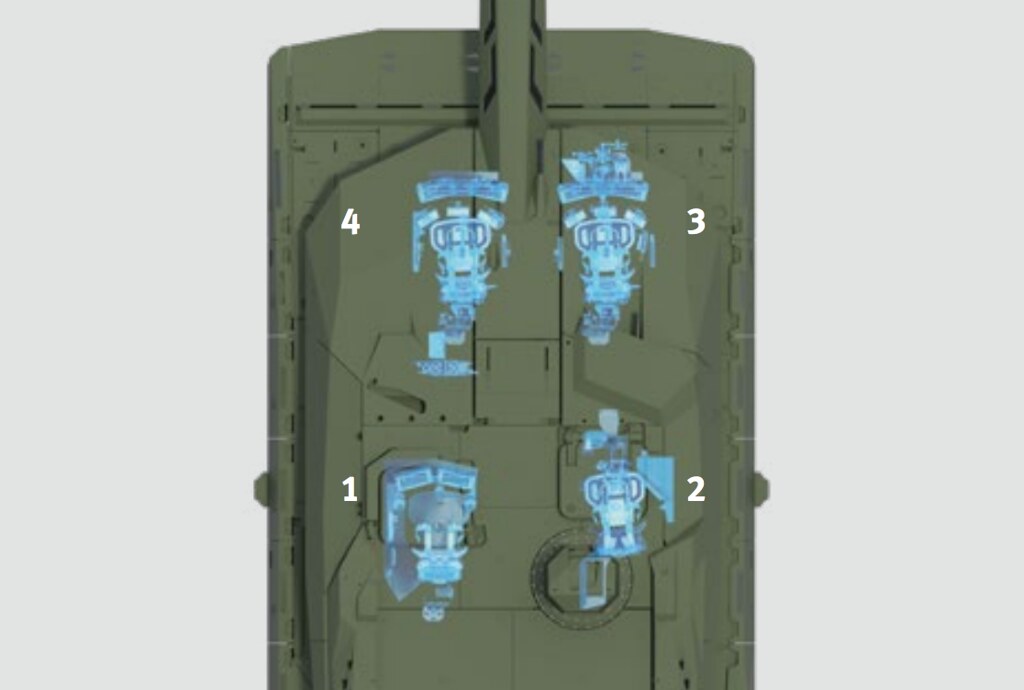 In the following image we can see what the tank commander’s position will look like, highly digitized: 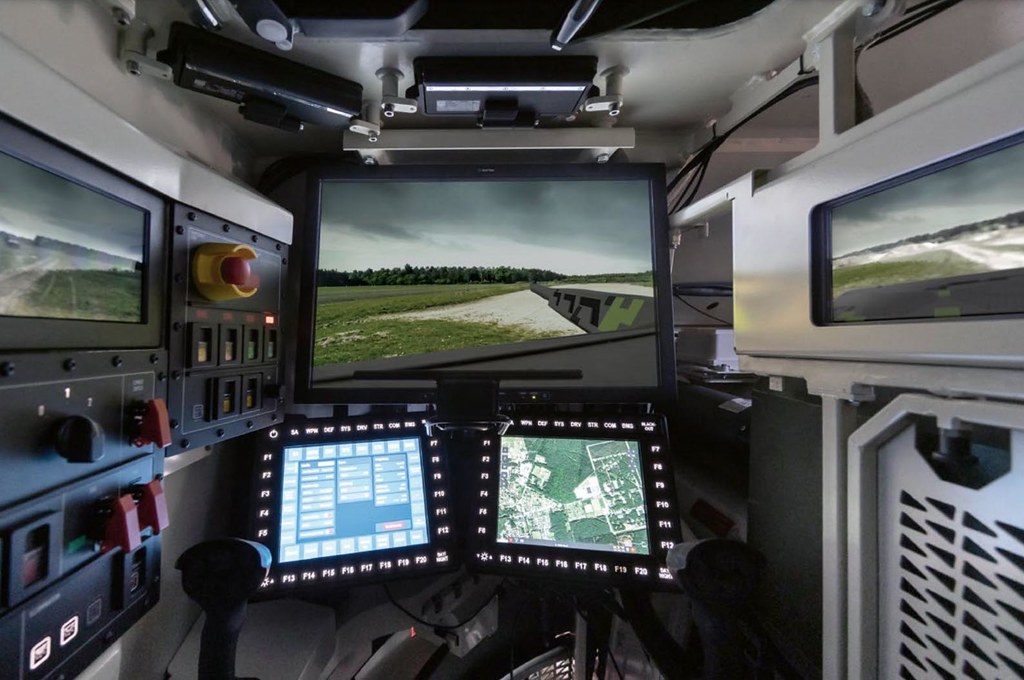 To finish, Rheinmetall has announced: “The Panther is the first of a new MBT family. In the near future, there will be further innovations that support environmentally friendly peacetime operations and further optimisation in terms of automation and effectiveness.” 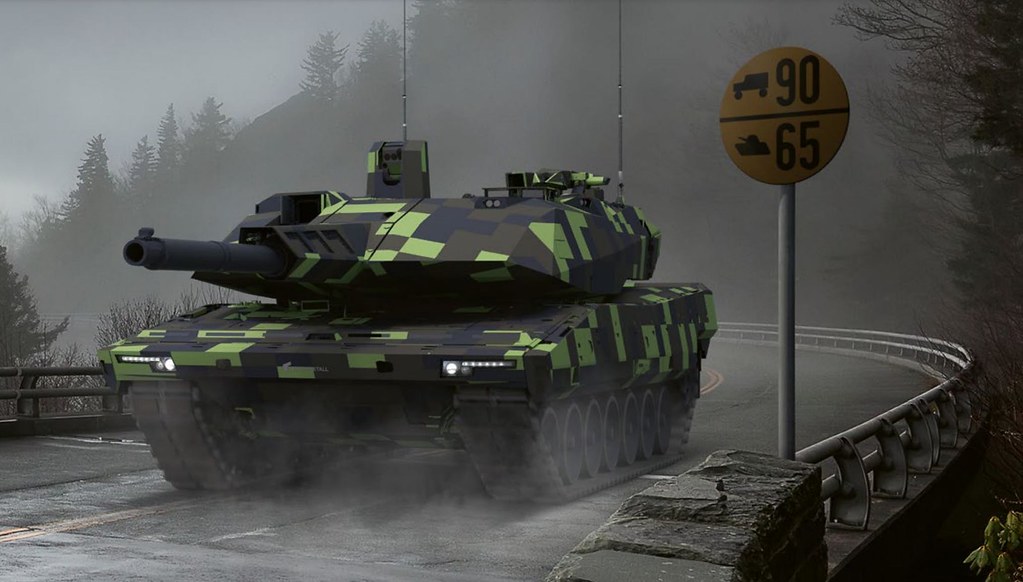