The new Dragon wheeled combat vehicle (VCR) of the Spanish Army continues its development, this time with an important milestone.

The Spanish company Escribano Mechanical and Engineering has today published the video of the first shot of a Spike LR anti-tank missile with the Guardian 30 remote turret, manufactured by that company and which was chosen last year to equip 114 units of the new Spanish armored vehicle, based on the Swiss MOWAG Piranha V:

The images were recorded at the San Gregorio National Training Center (CENAD) in Zaragoza, one of the Army's main training camps. The chosen target is an old M-60 main battle tank, which was the predecessor of the Leopard 2 in the Spanish armored units. Today these old tanks are used as targets on that training ground. 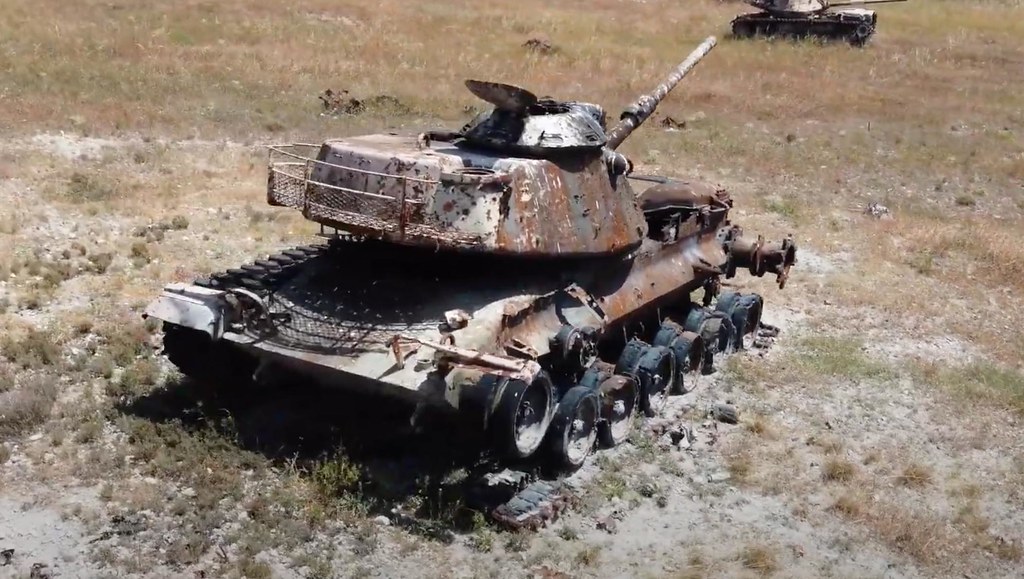 The shot was made from the retractable launcher that the Guardian 30 turret has on its right side, capable of firing two Spike missiles. 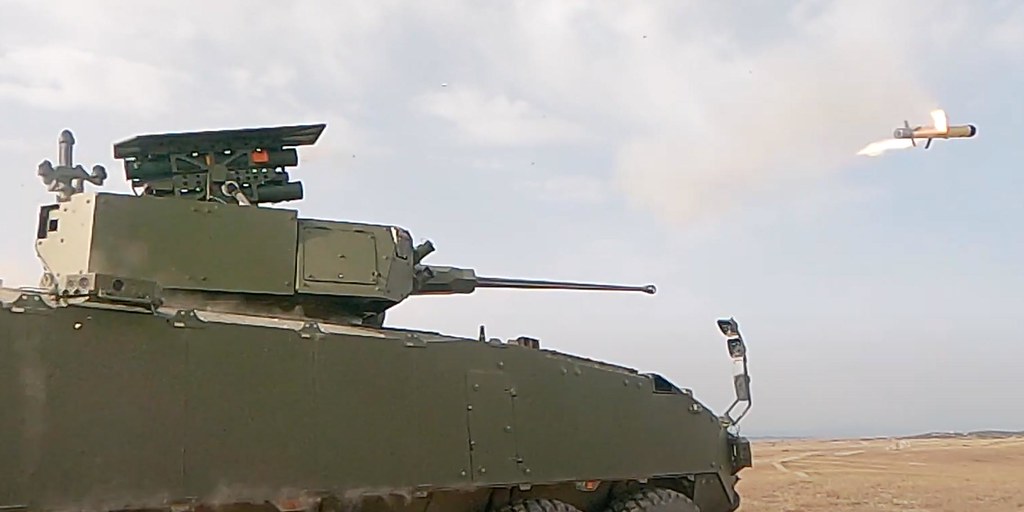 The missile fired, the Spike LR2, is an improved version of the Israeli Spike LR missile already used by the Spanish Army. While the LR has a range of 4,000 meters, the LR2 can destroy targets at 5,500 meters, achieving 30% more armor penetration. In addition, the LR2 has a target tracker with artificial intelligence functions. 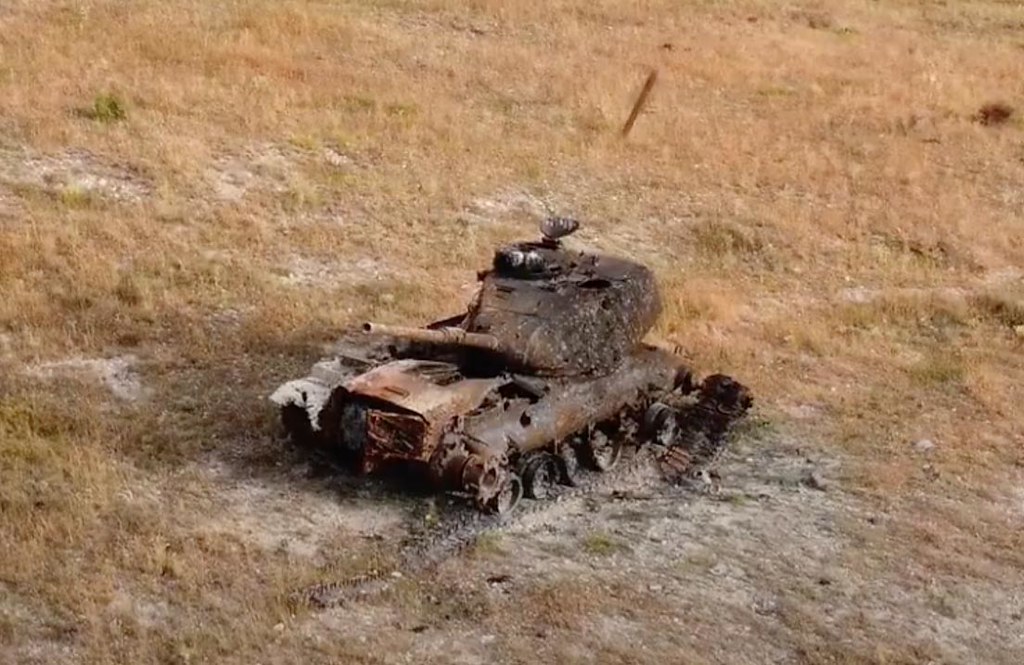 The Spike LR2, like previous versions, has a tandem warhead, made up of a precursor charge, whose purpose is to destroy the reactive armor plates of most modern tanks, and a primary charge that penetrates the main battle tank to destroy it. As we can see, the missile hits its target from the top, which is usually the most vulnerable on Russian tanks. 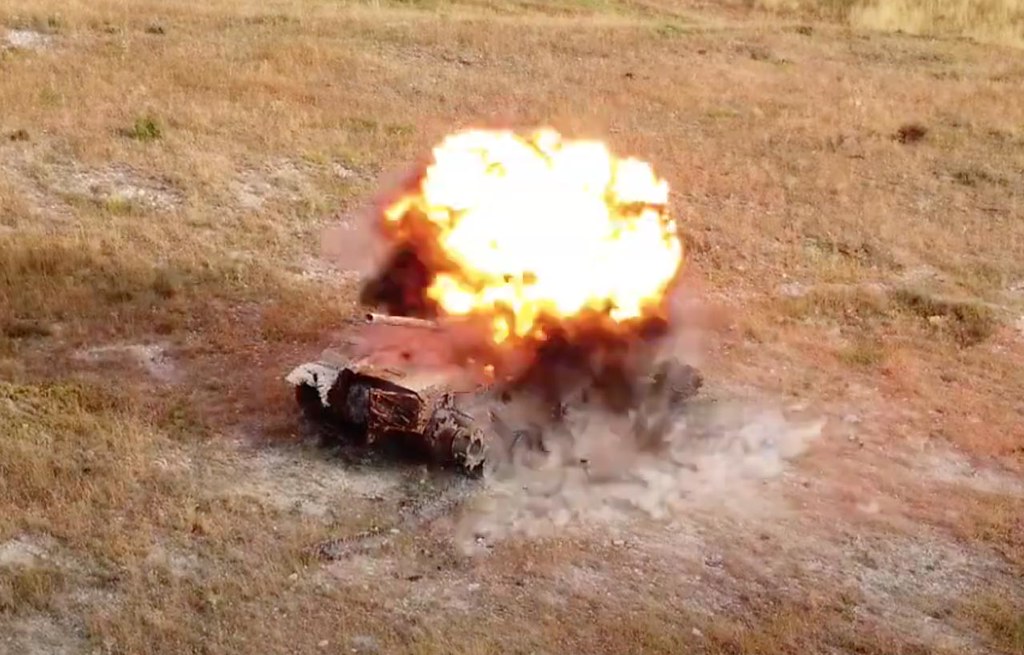 The blast effect is devastating on a tank without reactive armor like this old M-60.

In 2021, the Spanish Army announced the purchase of 160 Spike LR2 launchers and 1,600 missiles. The first launchers and missiles have already been sent to various units, specifically to the 31st Mechanized Infantry Battalion "Asturias" of the XII Brigade "Guadarrama", based in El Goloso (Madrid); the General Headquarters Battalion and the First Flag Paratrooper "Roger de Flor" of the VI Brigade of Paratroopers "Almogávares" (BRIPAC), based in Paracuellos de Jarama (Madrid); the VII/3 Protected Infantry Battalion "San Quintín" of the VII Brigade "Galicia" (BRILAT), based in Siero (Asturias); the Infantry Academy of Toledo; and the Park and Maintenance Center for Anti-aircraft, Coastal and Missile Systems (PCMASACOM), based in Pozuelo de Alarcón (Madrid).